Currently, the engine ban only applies to deliveries to Pakistan if I am not mistaken? Deliveries to Turkish Army/Philippines are unhampered.

siegecrossbow said:
Currently, the engine ban only applies to deliveries to Pakistan if I am not mistaken? Deliveries to Turkish Army/Philippines are unhampered.
Click to expand...

Yes, no problems for domestic use so far.

Registered Member
Over and covert embargoes are fueling the Turkish indigenization drive even further:

In the statement made by Yasin AKDERE on the subject, it was stated that the integration of the 76/62mm naval gun prototype will be started in August and the firing tests will be carried out. AKDERE emphasized that the 76/62mm naval gun has been supplied from a foreign country for 8.2 million Euros, but recently, supply problems have been faced due to the EU embargo. AKDERE said, “R&D is finished in 12 months. We are currently in the assembly phase. We'll make our shots. For $4.7 million, the project will be finished.” said.

MKE General Manager AKDERE also stated that the allied country firm (Italian Leonardo) increased its lobbying activities in Turkey 4-5 months after MKE started the 76/62mm Sea Cannon project, reduced the price of the product to 5.1 million Euros, and even included the training package and ammunition.

AKDERE: “One day my phone rang. I saw that our Minister (Minister of National Defense Hulusi Akar) is calling. Yasin was asked, "How long do you finish this product?" I said, 'We are finishing up to $4.7 million, Mr. Minister.' ‘Even if it is $14.7 million, not 4.7, this project will come to life, you will not take a step back.” 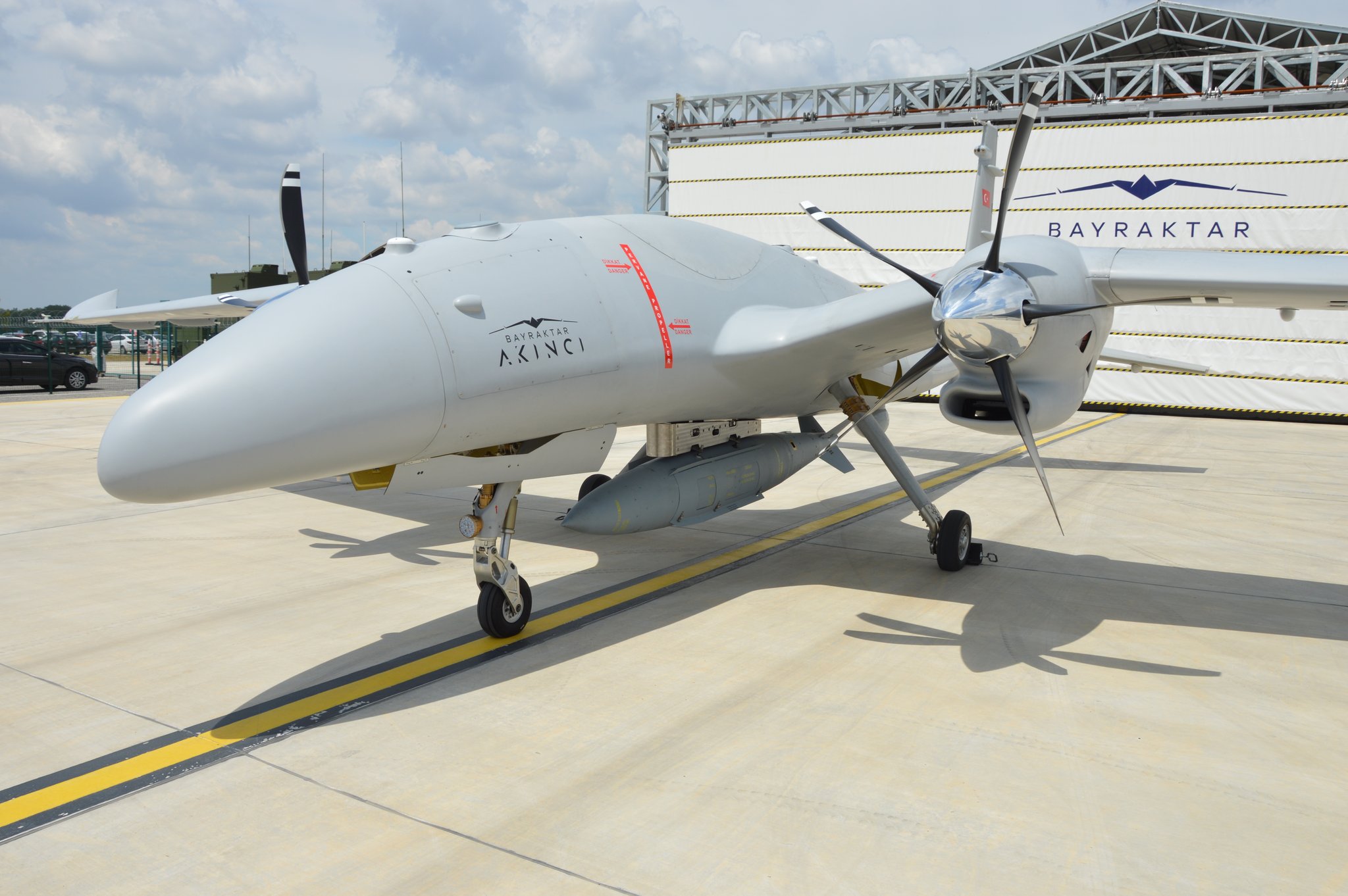 sequ said:
Akinci with centerline hardpoint for in total of 9 hardpoints

This is the Turkish made HGK-84 GPS/INS guided Mark 84.

sequ said:
Akinci with centerline hardpoint for in total of 9 hardpoints

This is the drone with AESA radar and AA missile?

siegecrossbow said:
This is the drone with AESA radar and AA missile?
Click to expand...

Yes, it is planned to be equipped with AESA radar and air-to-air missiles. We should see them tested this year if everything goes right. The MIUS (2023) and the supersonic (wingman) UCAV (2025) will also feature radar+air-to-air capability.
You must log in or register to reply here.