With submarines becoming more and more becoming a reality with the Philippine Navy due to the push of its FOIC to acquire them within the Horizon 2 phase of the RAFPMP, it would be relevant for the public to know the submarines in the Philippines' own backyard.

Credits to Naval Analyses page for the illustrations.

China has sent coastguard and rescue vessels to help with efforts to retrieve a Philippine Navy warship that ran aground on a shoal in contested waters in the South China Sea.

The BRP Gregorio del Pilar has been stranded on Half Moon Shoal, on the eastern edge of the disputed Spratly Islands, since Wednesday evening.
Click to expand... Two pilots of Bangladesh Air Force (BAF) were killed last night when training aircraft they were flying in crashed into a water body in Jessore.

ISPR's AD Rezaul said the Chinese-made K-8W had taken off from BAF Base Matiur Rahman on a night training mission.

A rescue mission is underway and a high level committee has been formed for an inquiry, he added.

Deyara Union Parishad Chairman Anisur Rahman said the plane had crashed into the lake, which is adjacent to Faridpur village.

“There is raining in the area,” he added.

Locals Rasel and Rabiul Islam told journalists gathered at the spot that sometime after 9pm, the plane crashed into the Bookbhora lake with a deafening sound. Several local fishermen moved towards the plane with boats.

Several units from the Fire Service Jessore station and ambulances from local hospitals rushed to the spot as the news of the accident spread. But the vehicles could not get close to the lake due to bad roads.

The rescuers crossed 3km on foot before reaching Bookbhora, and began their operations on boat.

Shahidul Islam, a journalist who is at the spot, told the Dhaka Tribune the rescuers were there by 10:30pm. Locals did not wait around, rather took several boats and began to help with the recovery of the plane.

Hundreds of villagers also gathered around the lake.

According to locals the site of the accident is southwest of Arichapur Bazarghat. Journalist Saiful Islam, who is at the spot, said the plane had crashed about 200 metres from the lake's shore.

There was jet fuel on the surface of the water. According to various sources the depth of the lake is about 26 feet. The water is higher now due to monsoon.

This is not the only one aircraft Bangladesh Air Force crashed. You can call them semi-professional Air Force. Pilots are transferred to Rapid Action Battalion, a police force--- the main reason these pilots lost flying skills...
Details are here
Please, Log in or Register to view URLs content!

The Defense Department is eyeing to ink a Memorandum of Understanding with its Spanish counterpart for procurement of defense equipment.

In a statement, the DND said discussions on the MOU on Logistics, Defense Materiel, Armaments and Defense Industry Cooperation between the two countries were done during the meeting between top officials of the DND and the Directorate General of Armaments and Materiel of Spain's Ministry of Defense last October 20 to 23. 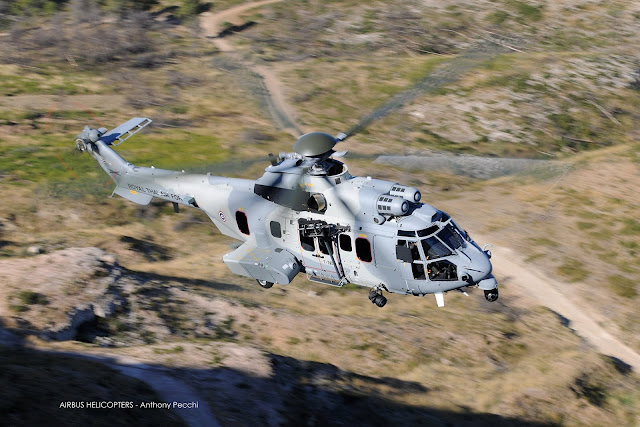 Since 2012, the RTAF has placed orders for a total of 12 H225Ms under its fleet modernisation programme. Belonging to a contract signed in 2016, these new additions will join the air force’s existing fleet of six H225Ms for combat search and rescue, search and rescue flights and troop transport missions. JAKARTA (Reuters) - Indonesia is seeking “lighter” financial terms in a renegotiated project with South Korea to jointly develop a mid-level fighter jet, in a move aimed at supporting the rupiah by reducing use of the country’s foreign exchange reserves, a senior official said.

The Indonesian government has rolled out a number of policies to support the ailing rupiah, which include cutting energy imports and delaying a number of infrastructure projects, as the currency trades near a 20-year low.

“Due to national economic condition, the president has decided to renegotiate to make Indonesia’s position lighter for matters related to funding,” chief security minister Wiranto said in a statement published on the ministry’s official website on Friday.

Indonesia and South Korea agreed in 2014 to develop a fighter jet, in a project estimated to be worth around $7.9 billion. Indonesia had agreed to pay 20 percent of the development costs. (reut.rs/2q3GtSO)

Wiranto said negotiations will cover issues such as the amount of Indonesia’s contribution to the development costs, production expenses, technology transfers to Indonesia, intellectual property rights and marketing.

He added President Joko Widodo had communicated the plan to President Moon Jae-in during his visit to South Korea in September.

Indonesia’s investment coordinating board chief Thomas Lembong said the government will form a team responsible for the renegotiation while looking to maintain South Korean investors’ confidence in the Southeast Asian economy, according to the statement.

A source who requested anonymity, made the revelation after Philippine Navy Chief Vice Adm. Robert A. Empedrad said that one of their ships is set to travel to Japan later this year to get the assorted spare parts.

“(It’s) not ammo. It’s actually the spares of the Huey that the Japanese government has offered to us,” the source said.

“Ano ‘yun, iti turn-over na sa atin kasi paubos na ‘yung huey nila eh (It will be turned-over to us because their huey is running low),” the source added.

The source said the only request made by the Japanese government is for the PAF to build a facility for the proper handling and storage of the spare parts.

“Ang request lang nila is gumawa tayo ng (There only request is for us to build a) facility to store it properly,” the source said.

“These are assorted spares for huey that can help in ensuring our fleet will be flying,” it added.

The source said the offer by the Japanese govenment to provide PAF with spare parts for its huey’s was made last year.

For his part, Commander Jonathan V. Zata, the Director of the Naval Public Affairs Office, said the Philippine Navy ship BRP Davao del Sur (LD-602) is most likely to be sent to Japan this November to get the spare parts.

He added that Davao del Sur’s travel to Japan will also serve as a goodwill visit.

“If the mission to Japan will push through this November, this will be the very first time that a PN commissioned vessel will be calling on one of the ports in Japan,” Zata said.

According to the Xinhua news agency, when the PLA soldiers detonated the last mine in the Guangxi Zhuang Autonomous Region in southern China on Thursday afternoon, they brought to a close their years-long de-mining campaign along the border with Vietnam.

"Landmines planted along the border have been plaguing local residents… To completely root out the danger of landmines helps pave the way forregional peace and development," Huang Taifeng, a commander of the de-mining squad, said, as quoted by Xinhua.

According to the agency, upon completing their mission, PLA soldiers ceremonially walked across a part of a minefield located in Pingxiang that covers over 60,000 square meters (37.28 square miles), and then handed the mine-free field over to local citizens.
The locals claim that their lives have "returned to normal" since the beginning of the PLA mine clearance mission, while back in the 1990s they often suffered injuries due to mine blasts.

Hundreds of thousands of mines were laid on the border during the 1979-1989 Chinese-Vietnamese conflict. China has carried out three large scale de-mining missions since the early 1990s.

*** IMage is only for representation.