I tell you, Idaho fries and scrambled eggs are doable. Just need some roadkill.

Scorching heat has gripped Beijing since Saturday as the country entered the height of summer, causing burns to the skin and even allowing shrimp and pork to be barbecued without the use of charcoal.
A little girl got burned on her foot while using a slide in a park because the metal slide was overheated. People put raw shrimps and pork under the sun to test the heat. In an hour, the shrimps and pork turned red and barbecued without using any charcoal. 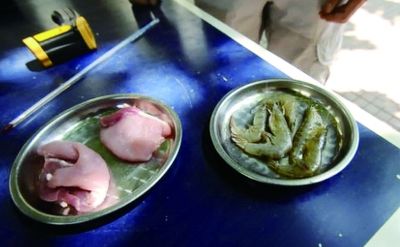 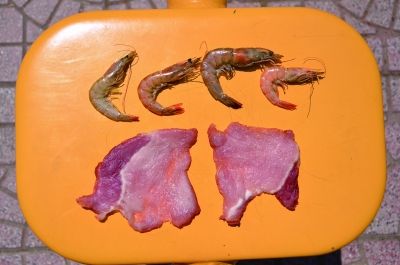 Staff member
Super Moderator
We had a cool front come through SW Idaho last night and it rained a little.

But it came down from the Gulf of Alaska and had some really nice cool air.

it was 55 degrees F on my way to work this morning and the high has been 73 F.

Tonight it may get down into the upper 40s, and though it is far too soon...it still has a hint of Autumn in the air. I'll let you guys know what out temperature is tomorrow morning. I really like the cool weather.

We will be back near 100 degrees F by Friday...but only for a day or so. Within 4 weeks, that hint of Autumn will start being more prevalent.

From 40s to 100 degrees in just a few days is crazy. Weathers in Idaho sounds like bipolar mood change.

Staff member
Super Moderator
This morning it was 48 degrees and very nice.

High today though is going to be 90 degrees.

And, JayBird, sometimes we have 50-60 degree swings in a single day.

With our location, we get a cold fronts from the north (usually from the Gulf of Alaska...but sometimes an artic front will push over the continental divide), and then warm fronts from the desert southwest.

That can make for some very wide swings...sometimes in a few hours.

Oh man... I guess you get forget about putting away winter jackets or sandals for the season like other places, because you might just need them in the same day!

We could use some cool air here in Houston! We are hitting 100 now.

The huge temp swings happen a lot in Texas too. Especially in the fall, the temp can swing from 90-100 in the morning to 30's in the afternoon, in the matter of hours.

vesicles said:
We could use some cool air here in Houston! We are hitting 100 now.

The huge temp swings happen a lot in Texas too. Especially in the fall, the temp can swing from 90-100 in the morning to 30's in the afternoon, in the matter of hours.
Click to expand...

Yes...having been raised in Texas I know this to be true.

One example I personally experienced.

It was in March and they were forecasting a cold front to come through that night. it has been warm...like in the high 80s, maybe low 90s...and humid (which is normal).

I watch the weather reports regularly. Grew up that way on the ranch doing so and have made a habit of it ever since.

At the time Chanel 8, channel 5, and channel 12 were all forecasting a low that night of the low 40s F, with a high the next day in the 50s F. A welcome reprieve.

But then I turned to my favorite weather man at the time, Harold Taft on channel 4. He had been around the DFW area since I was a kid...was older now...but was very seasoned and knowledgeable. He said that there was a high level low pressure system in northern Mexico that he felt would track into this cold front, resulting in it drawing much colder air down. He indicated there was a chance of snow, and several days of cold weather.

The others scoffed at it. But early the next morning, around 3 AM I was awakened to high winds, thunder, lightning and what sounded like small hail on our windows.

I went out on our porch and it was much colder and it was sleeting...frozen ice pellets hitting our windows.

By 6 AM we had 3 inches of snow on the ground and it was still snowing hard. We ended up with a foot of snow by early afternoon and the temperature was in the mid 20s F. That night the snow ended, it cleared up, and got down to around 15 F degrees.

The wind created drifts of 5 feet, covering our road. It stayed below freezing for four days. we ended up being snowed in.

After two days I hiked over to a nearby farmer whom I used to haul hat for when I was younger and borrowed his tractor and front end loader to clear our road the 1/2 mile to the main road so I could take my pickup truck out and go into town some food and things for the wife and our five kids.

After four days it started to melt. We found that there had been a swath of heavy snow about 40 miles wide along and to the south of the Red River...but that even Dallas had gotten snow out of it...but they only got 2-3 inches.

I have lived in Utah, Idaho, Montana, northern California, etc.. We have seen a lot of really cold and severe weather. But the only place I was ever actually snowed in was in North Central Texas that Spring...and Harold Taft nailed it.
Last edited: Jul 28, 2015

I enjoyed this story, Jeff!

talking of predictions ... they say it might get to all-time recorded high tomorrow (so far Staff member
Super Moderator
That's very hot for your part of the world, isn't it Jura?

I remember when I was living in Germany for two years between 1975 and 1977, in Stuttgart area one summer we had 40 grad (C)! That was like 104 F and it was very hot and far too much like my home in Texas!

This morning here in SW Idaho we had a low of 57 F and that was very nice. Going to be like 85 F today.

Jeff Head said:
That's very hot for your part of the world, isn't it Jura?

affirmative; I checked the values of the downtown-Prague meteo-station (with reliable data available since January 1, 1775, yes, 1775, and yes, they measured also during the days of horror: bombardments, occupation Armies arriving/living, tremendous floods, whatever) and for August 7, converted to F:
(now I see also the maximal daily precipitation: 44.3 mm which is
one and three quarters of inch of rain -- fell in 1912 -- not going to happen today