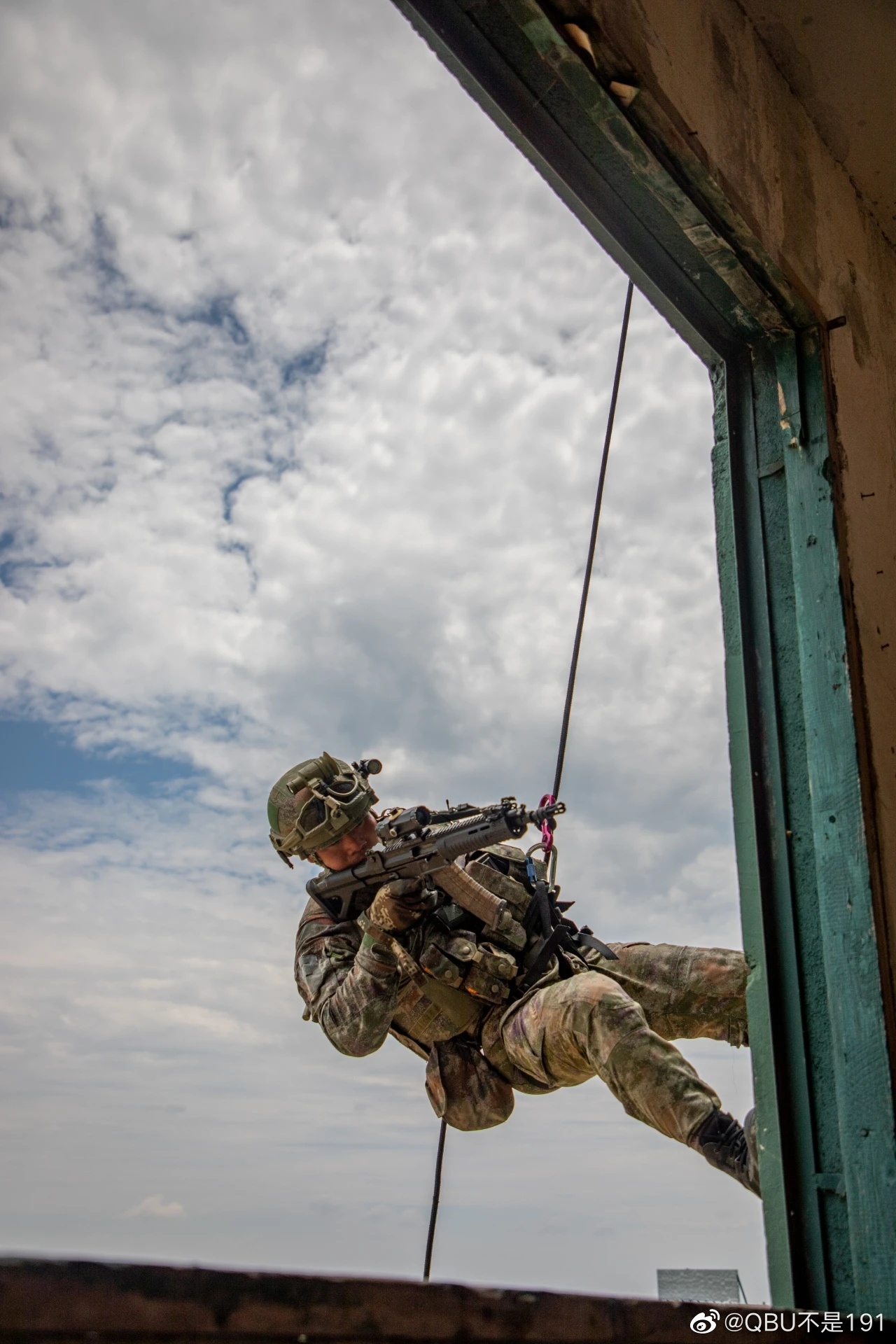 A few more images of that display case again, but from more angles. 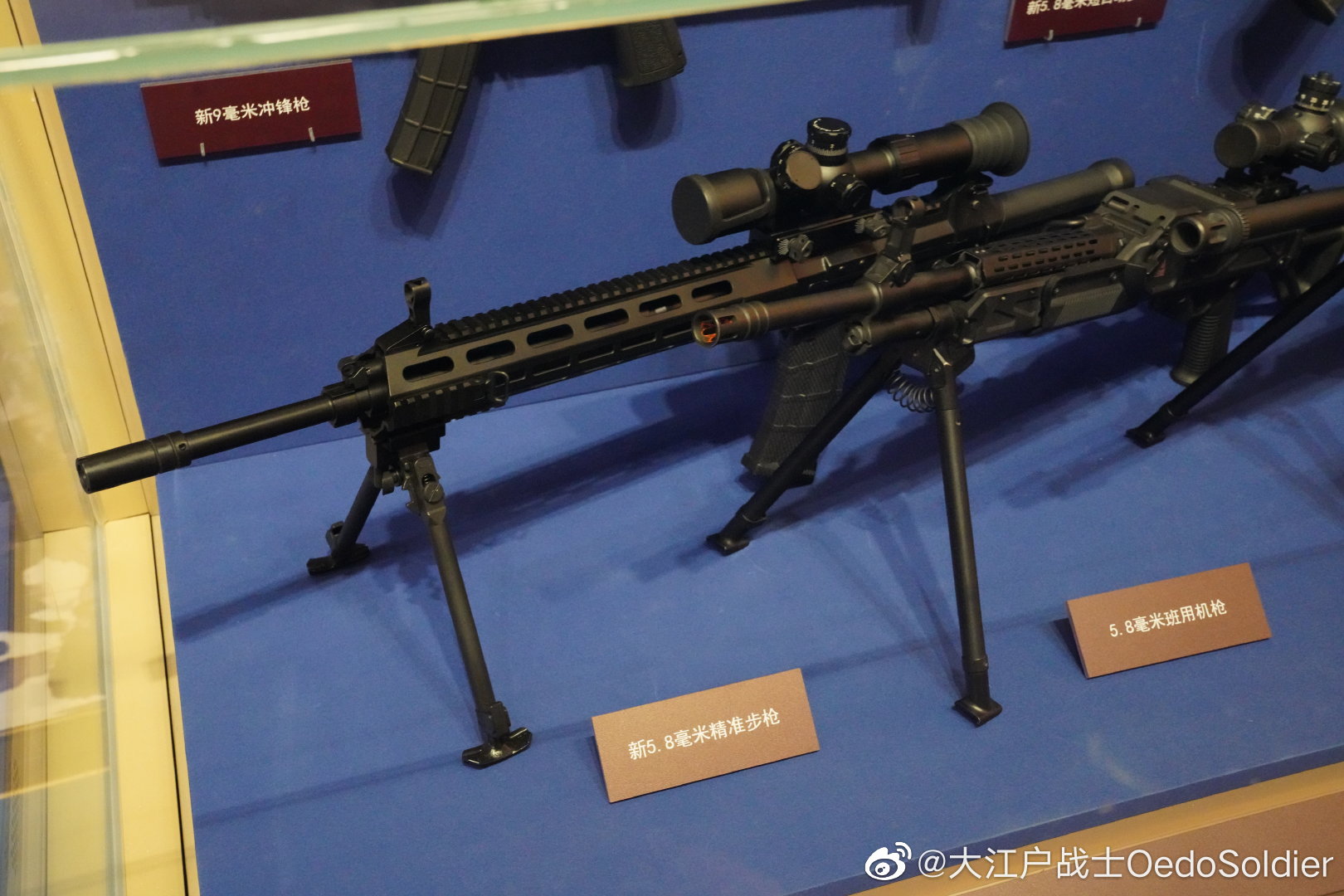 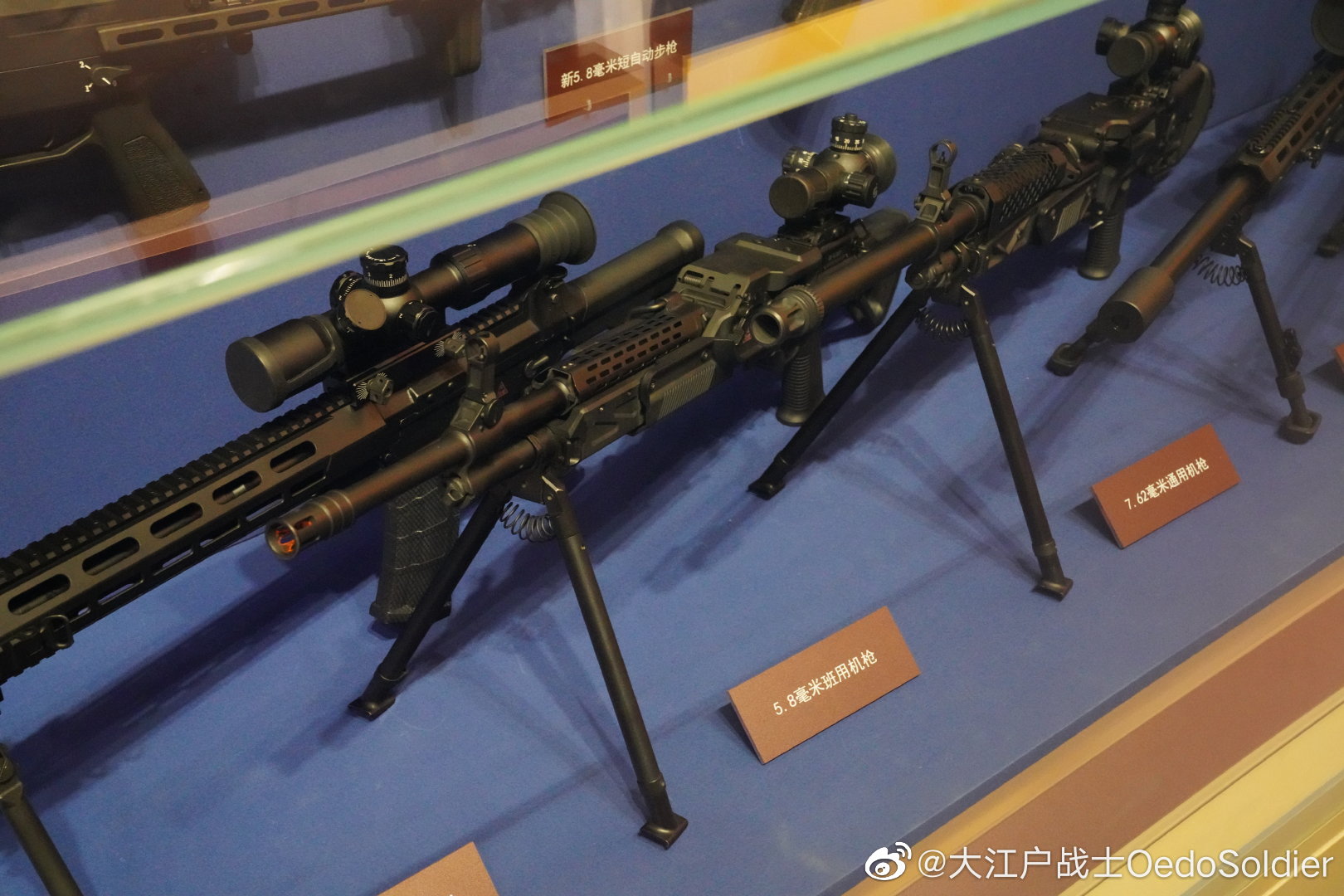 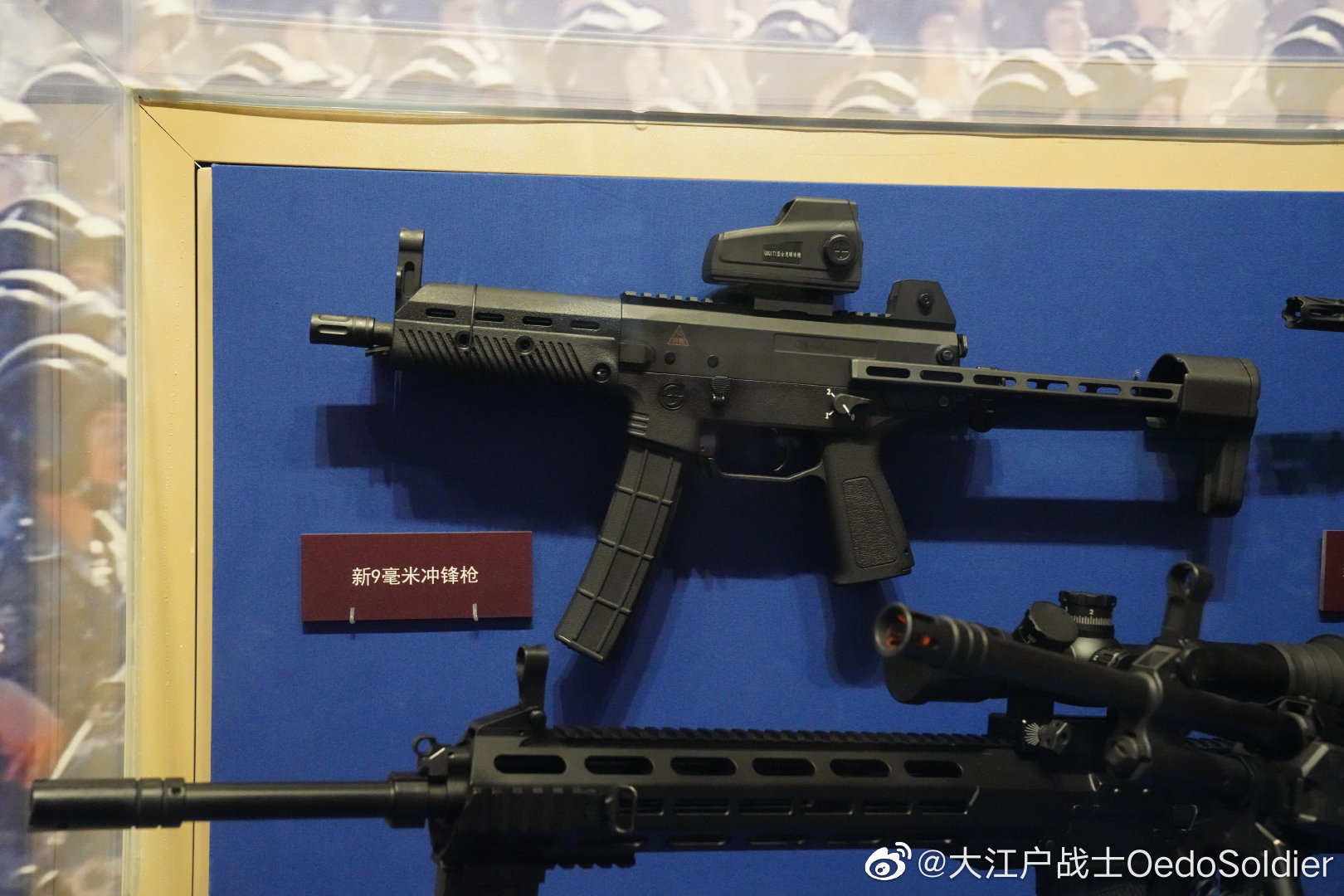 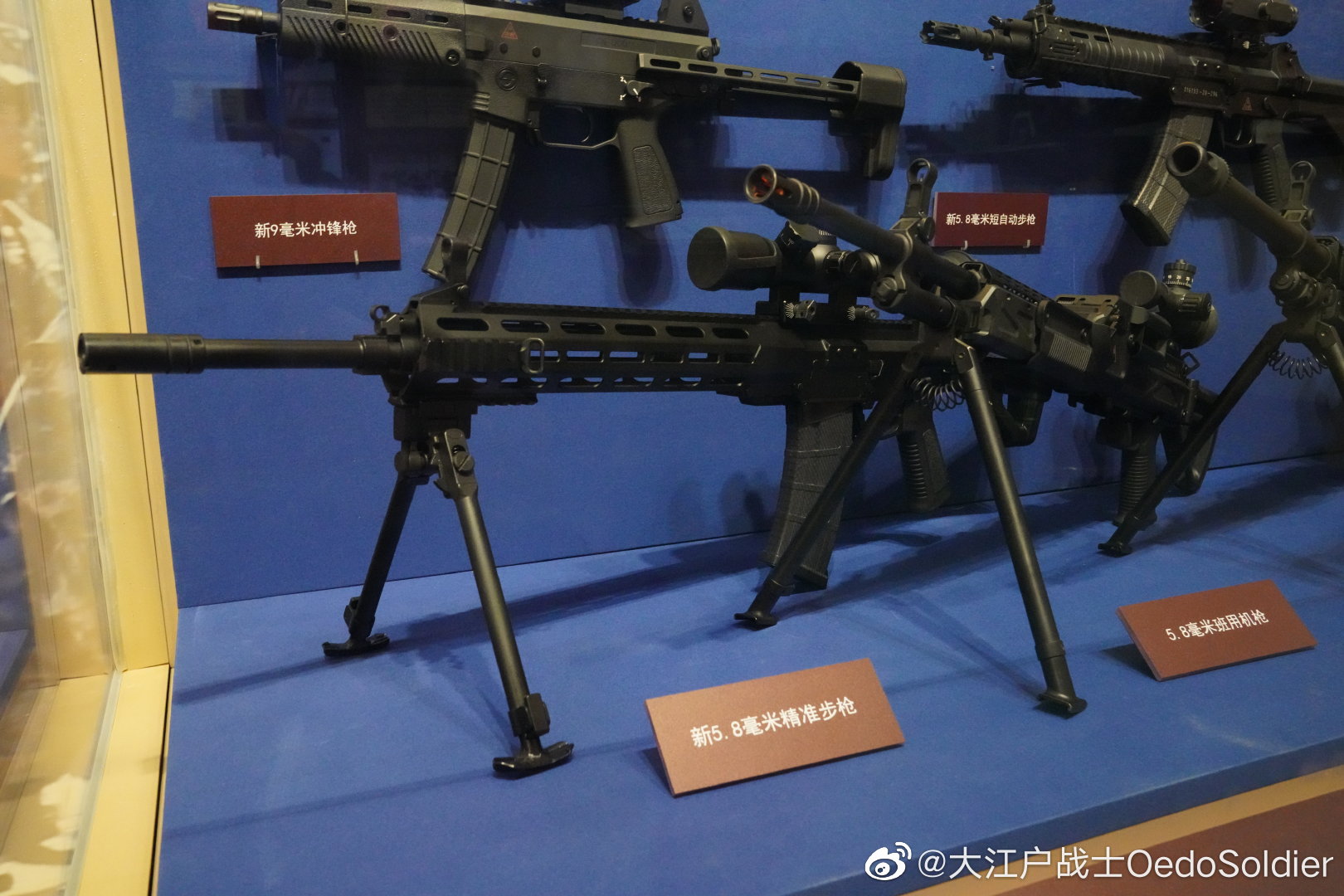 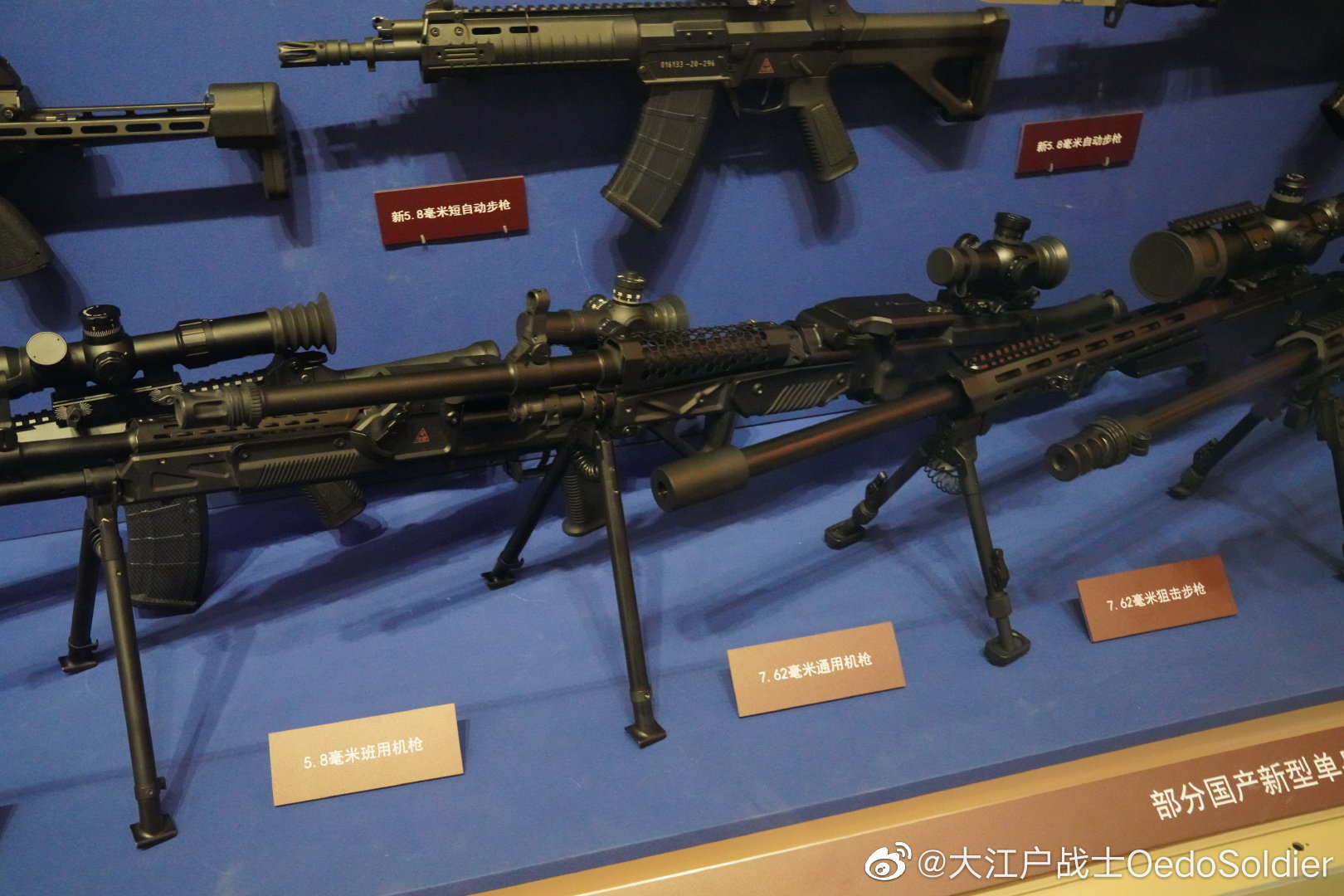 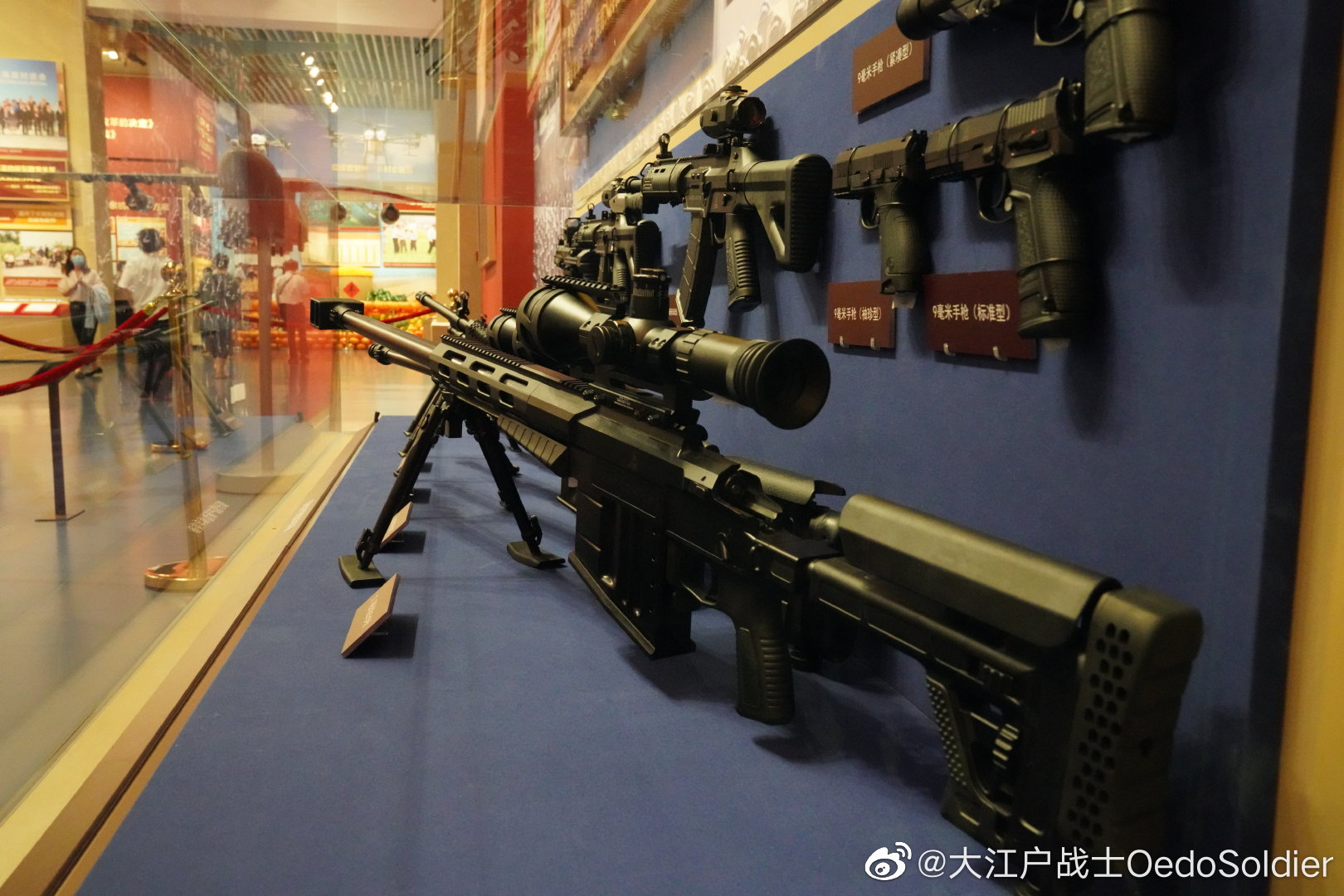 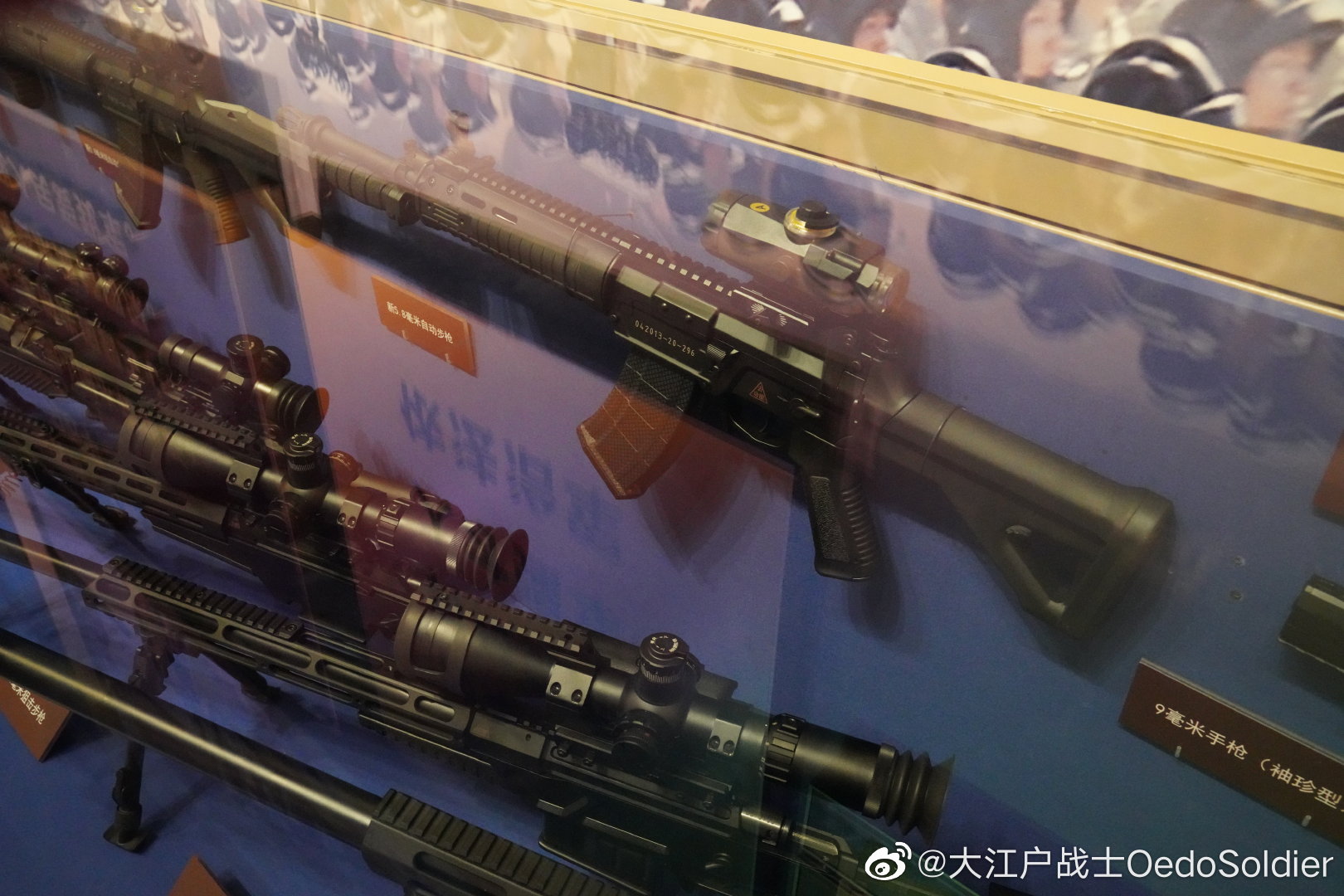 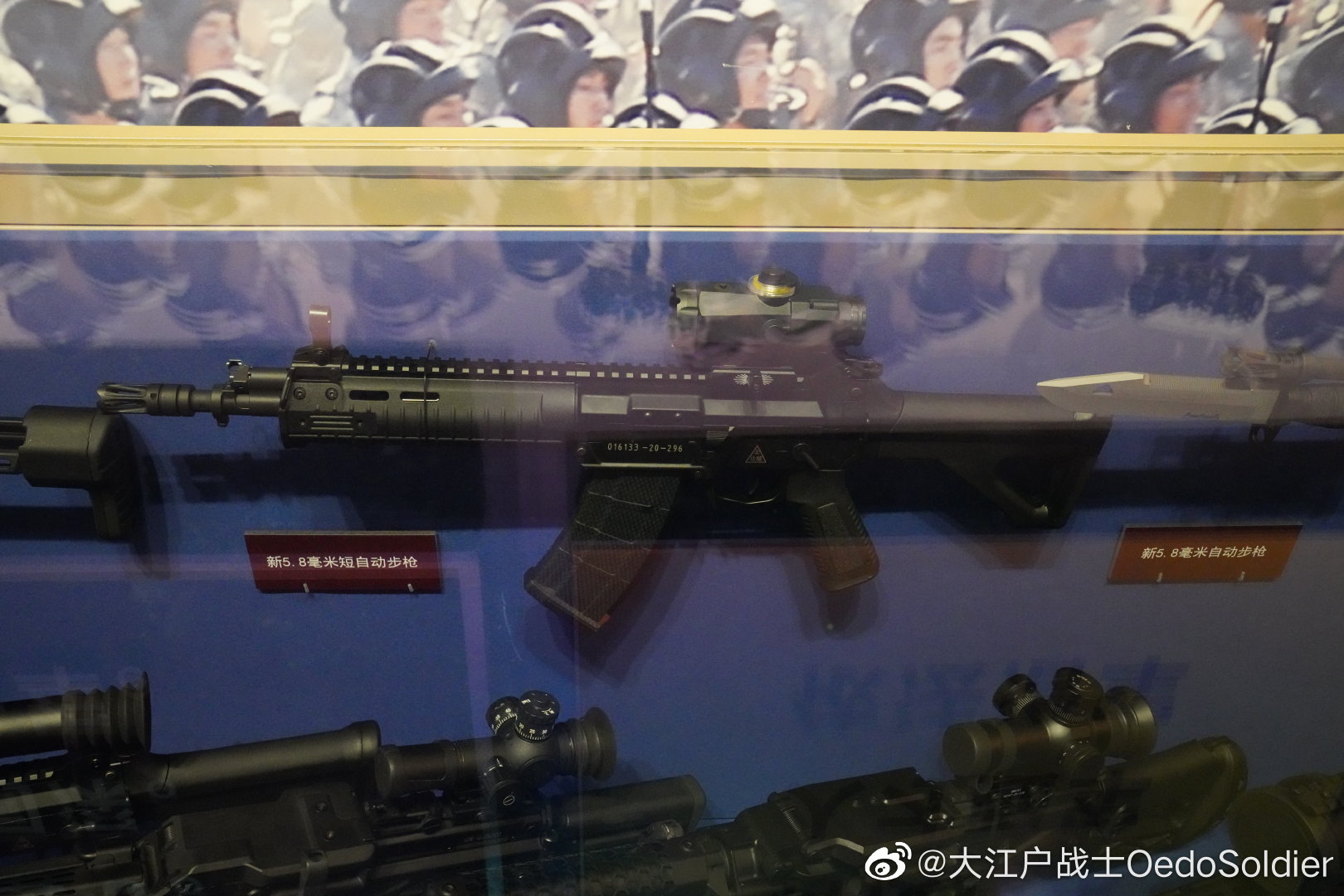 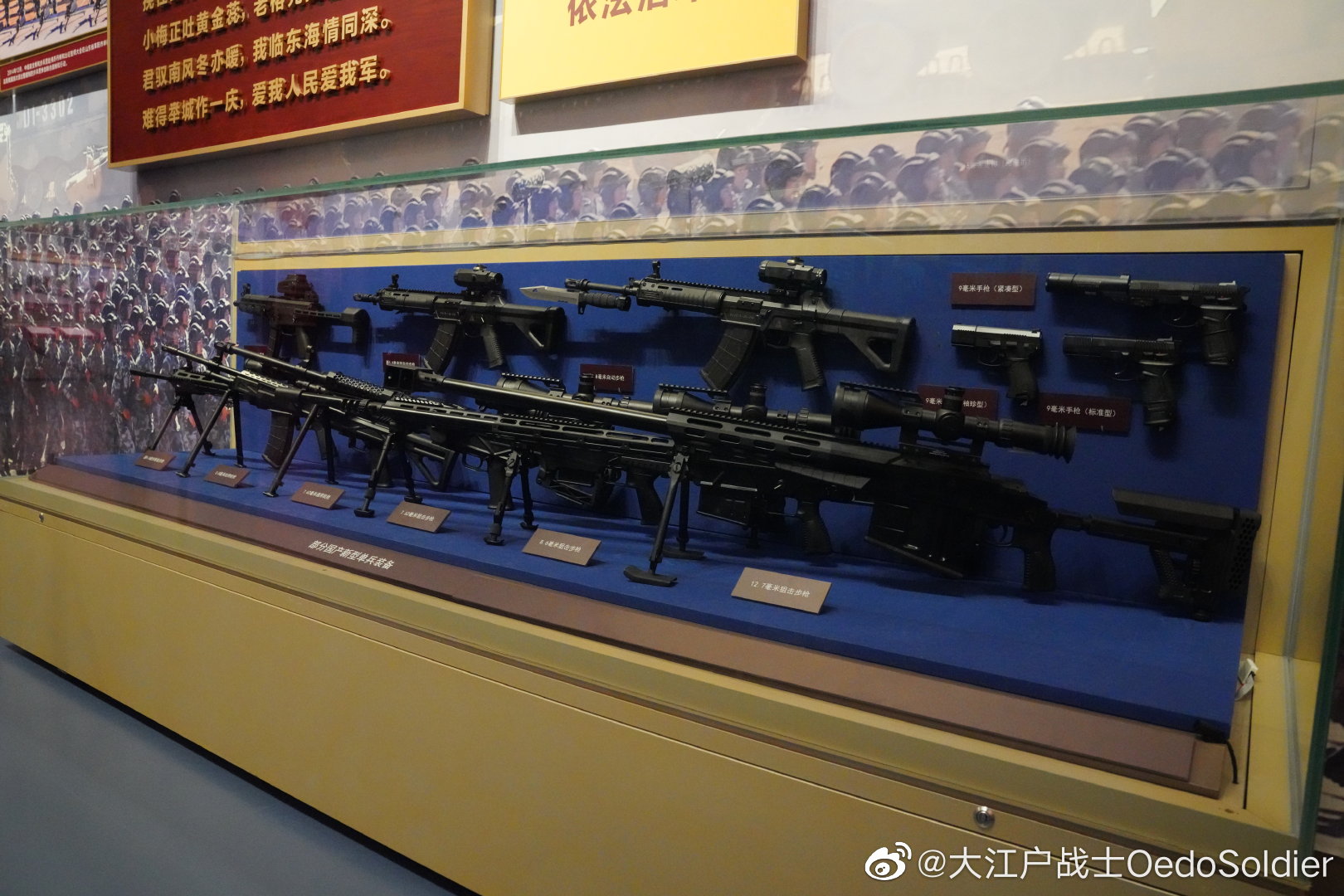 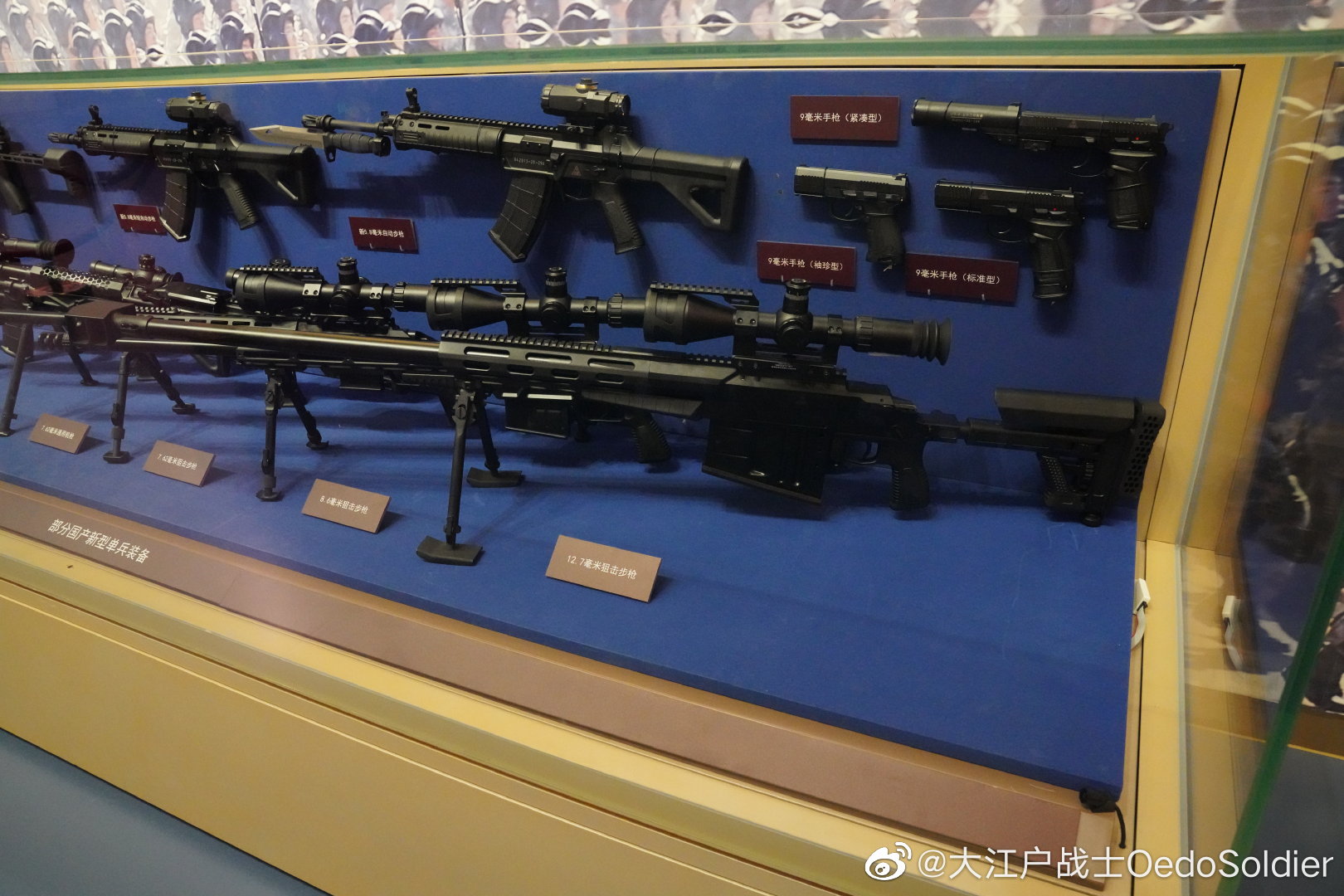 Registered Member
What's that orange stuff inside the flash hider?

ZeEa5KPul said:
What's that orange stuff inside the flash hider?
Click to expand...

Hmmm, good question. Could be residue of some kind. The muzzle might have been marked orange at the factory to indicate a non-functioning example, but somebody forgot to remove it before putting it on display.

It could also be packing material to protect the barrel because it appears to be obstructing the muzzle. Could be a plastic piece that corks the barrel and is secured in place by tension or by snapping onto a few muzzle vents.

TerraN_EmpirE said:
Look @Norinco_81, if you want here is an old thread about Holosun sights failing.
Please, Log in or Register to view URLs content!

But that’s not important. You want to talk about higher end western systems having faults. Guess what they do to it’s often QC. Long standing benchmark brands can make flops to. Flops that brands like Sig will then set about to and have fixed.
My gripe is the meme that that I have often seen where in the China Identity means that a product will automatically prove superior or automatically dominate every market. That is obviously not universally true or untrue. Some Chinese products are great some a lot though are cases of you get what you paid for.

I pointed out that the Holosun brand isn’t what is topping in a fairly open market using Amazon’s metrics. Though the product in question is still made by Holosuns parent. You point to western products that have failed. It happens to.

Like everyone I have had Chinese made products that lasted and others where it fell apart within a first use. Some well made thing that are helpful others that ended up hurting.
Of course the cause of the import ban wasn’t Quality. It was crime.
Please, Log in or Register to view URLs content!
Click to expand...

I know this is a late reply, I am always busy with either work or shooting and off roading.

I point to western products failing because I am sick and tired of western assholes with their "USA (or German made) is superior! Everything from China is cheap junk!" when I have seen so much instances of the opposite. It seems to trigger them too when I point this out which is another plus for me. I have many people ask me what optic, ear pro or whatever accessory to buy and I won't put my name on garbage. I also want people to save money and get their moneys worth, so I won't recommend "high end" gear either unless its the only viable option or I think its really worth its price tag. Before I cared about quality and price, not where something was made but now I will support quality Chinese as much as possible, only buy American if I don't have any other viable option.

A good example is Howard Leight Impact Sports and MSA Sordins. I own and use both along with Peltor Comtacs and many other electronic ear pro. The HLs are cheap, made in China, work well for the vast majority of shooters therefore are the most common sight at gun stores and ranges. They aren't military grade but aren't advertised to be either, yet I've seen plenty of LE and MIL guys use them too. They are by no means perfect yet I haven't had one fail from use. I've heard of guys using a set for over 10 years before they finally died for good and being as cheap as they are, they simply get a new set. They are typically $60-80 in stores but can find them $40 or less on Amazon or pawn shops.
MSA Sordins are made in Sweden, very expensive, typically seen in LE/MIL circles including spec ops. I had a set that kept shutting off from recoil causing my stock to bump into it, and finally died from less than a year of use. After sending it off for repair I find out the battery box has a poor connection so they replace it with an improved one. I am not the only person that has had this issue with Sordins and I am glad I got mine from a friend in a trade. No way I'd spend nearly $300 on a new set.

I haven't seen that meme you're talking about, but I always see "if it ain't murican made it ain't shit!" mentality almost everywhere and I will challenge that all the time, which is why I will point out their failures when I see it.
If Norinco wasn't banned, me and other friends can definitely see them overtaking the US market as they made good quality, reliable weapons at lower prices. Holosun can do the same if they keep producing good quality, durable optics with good QC. I believe that is what people are talking about in the first place about dominating a market. Of course no product will dominate anything just from existing.
Yes I am aware of that smuggling operation but I find it hilarious the US govt has no problem arming everyone from Mexican drug cartels, the Contras to "moderate rebels" in Syria.

ZeEa5KPul said:
What's that orange stuff inside the flash hider?
Click to expand...

Female soldier with a carbine.

LawLeadsToPeace said:
The guy in the middle has his iron sights flipped down. Also are those helmet coverings from the early 2000’s? They definitely don’t look like modern helmet coverings.
Click to expand...

It's not just the helmet covers. Look closely at the uniforms under the Ghille stuff, it's the same pattern. This looks like a bad pr photo.
U

Maxef208 said:
It's not just the helmet covers. Look closely at the uniforms under the Ghille stuff, it's the same pattern. This looks like a bad pr photo.
Click to expand...

OPFOR?
You must log in or register to reply here.