He finally get the honor that he richly deserved.
A grateful nation finally thanks the contribution of Mr Huang Xuhua who give up everything to built the first Chinese nuclear submarine.Including surviving the madness of CR by rearing pig in countryside.Amazing via samsara from pakdef
This is why every embargo will fail because they underestimate the resourcefulness, hard work and dedication of Chinese people For more than three decades, Huang Xuhua was little known beyond the small team of researchers he worked with to design China's first nuclear submarine.

But on Friday Huang was one of 600-plus people honoured at the Great Hall of the People in Beijing for his contribution as an “ethical worker”.

The 93-year-old engineer was thrust into the spotlight when President Xi Jinping invited Huang to sit next to him for a group photo, state media reported.

It was a mark of recognition of the value of his work but the Wuhan Evening Newsquoted Huang as saying that he preferred to remain low profile.

The project was launched to bolster China’s nuclear deterrence against the West, as well as the Soviet Union after Beijing and Moscow fell out over an ideological dispute.

Huang told the state-owned Xinhua Daily Telegraph last year that military leader Nie Rongzhen suggested to Mao Zedong that China should have its own vessels “to break through the monopoly on nuclear submarine technology held by the United States and the Soviet Union”.

At the time, nobody in China knew much about the technology and there was little prospect of help from the outside world. China was also in the depths of a famine brought on by the Great Leap Forward.

But Mao reportedly liked the idea and urged the military to give it a try “even if it would take 10,000 years”. Huang said he and his colleagues used what scant resources they had to come up with a design on paper. They used abacuses to do the calculations and scoured overseas newspapers for information on developments in the area. Based in Huludao, in Liaoning province on the Bohai Sea, the team worked around the clock to resolve key issues, including the vessel’s power, communications and life-support systems, the Xinhua Daily Telegraph reported.

The team’s work was validated unexpectedly when a Chinese diplomat brought two toy models of George Washington-class submarines from the United States. Huang was “extremely happy” when he found that the designs of the models were almost the same as those the Chinese had drafted on paper, the report said.

Work continued during the Cultural Revolution, the decade of turmoil when intellectuals were frequent targets of attack. Huang said he was denounced by day and worked in his office by night, the Xinhua Daily Telegraph reported.

For two years though, the engineer was sent to the countryside to farm pigs.

“That’s the only easy time of my life,” he said. “I had no responsibilities and no burdens. [All I needed to do] was to take good care of the pigs.”

In 1970, China’s first nuclear-powered submarine underwent maritime tests and in 1974, the vessel, named the Long March No 1, was commissioned, making China the fifth nation, after the US, the Soviet Union, Britain and France, to have a nuclear submarine. But there was a personal price to pay. Huang’s wife and three daughters followed him on his postings but his highly classified mission meant he was able to maintain only sporadic contact with his parents in Guangdong province.

“Given the job I did, [I had] to make family ties less of a priority,” Huang recalled in the Xinhua Daily Telegraph report. “They always asked me what I did, but how could I tell them?”

In 1987, a Chinese magazine published a long report about the unknown names behind China’s development and referred to Huang as the chief designer of China’s nuclear submarine project.

His mother read the report and soon understood why her son had rarely made it home in the previous 30 years.


Watch at 1:53 (no Engsub) General Secretary Xi Jinping approached the elder scientist Huang Xuhua to take the front seat in the group photo session on 18 November 2017. Xi even removed the impeding chair hastily by himself to give way to the rather hesitated Huang to advance to take the front seat next to him, showing a very warm gesture as well as a great respect to the senior man regarded as the "Father of China's Nuclear Submarine", who's 93 years old this year. Later Huang admitted he preferred to stay in low profile as he used to be, yet he's much moved by the great warmness showed by the nation's top leader.

"Captain, the target is still afloat!" 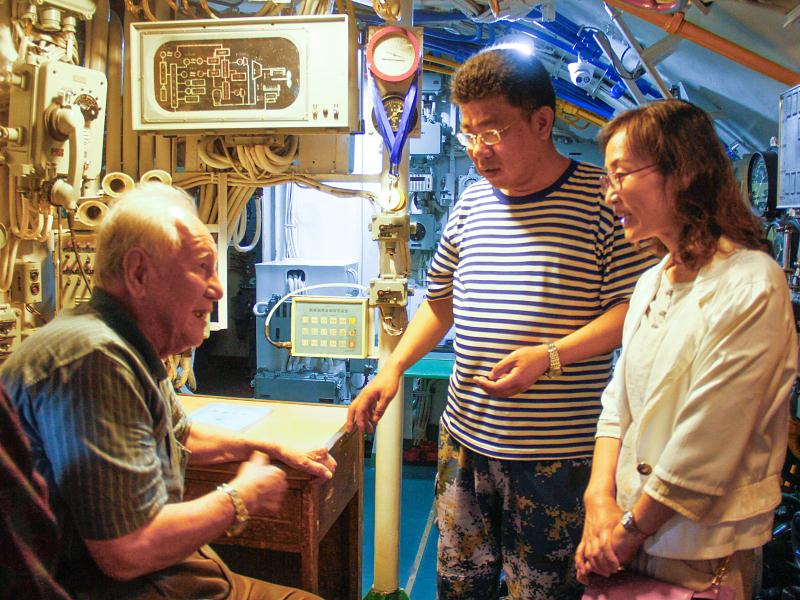 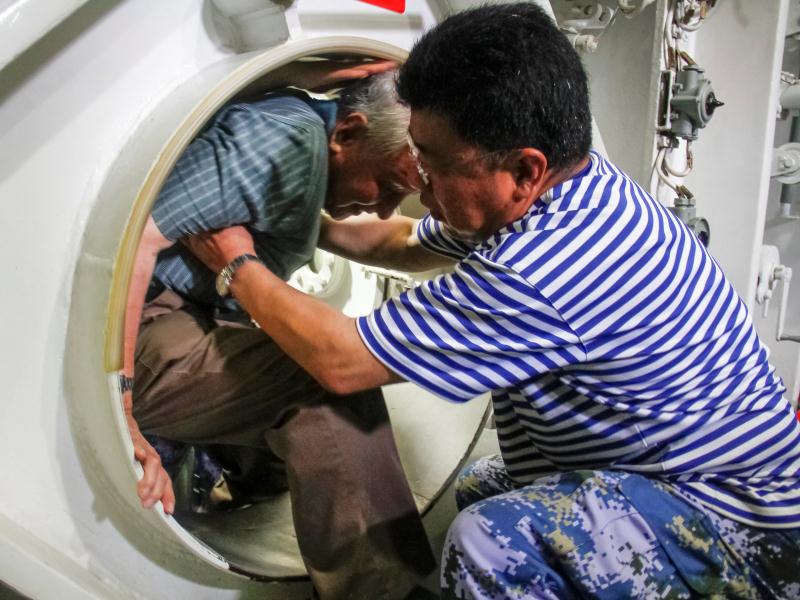 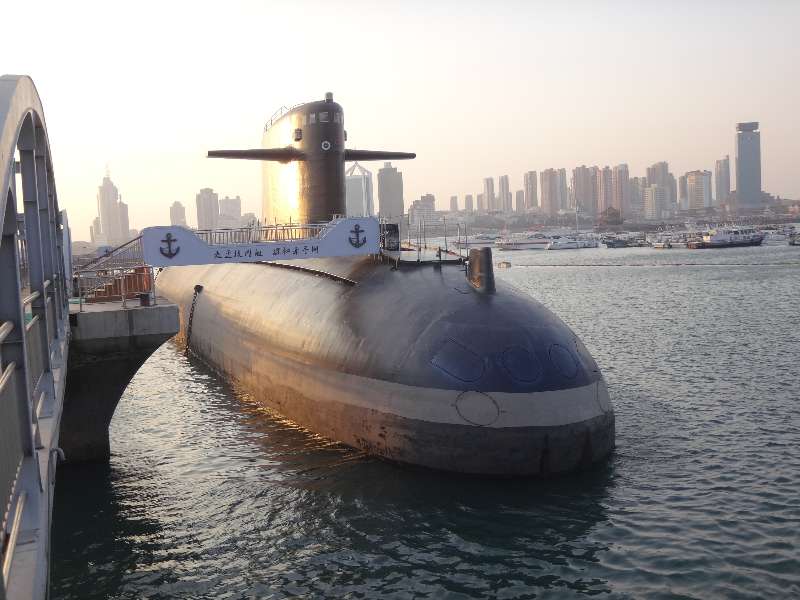 Records such as the longest sailing distance, maximum submergence depth and sinking target ships under boundary conditions were all broken by the unit.

The time a conventionally powered submarine can spend underwater ranges from 10 to 100 hours, as they need to surface regularly to charge. However, submarines can be charged underwater if they are equipped with the AIP system.

Zhang noted that AIP submarines, with higher combat effectiveness, are second only to nuclear submarines, adding that although AIP submarines are more expensive right now, in the future they will become the conventional option.

This video is relevant today as it back then China should revive the spirit of independence and rely on no one but yourself Excellent video detailing China first effort at building submarine under very deprive living condition and hunger still they persists. As told by Huang Xuhua the lead engineer on the project
with english subtitle.
There is no computer back then so all the calculation are done with slide rule and abacus! take forever they work the night away

Hendrik_2000 said:
This video is relevant today as it back then China should revive the spirit of independence and rely on no one but yourself Excellent video detailing China first effort at building submarine under very deprive living condition and hunger still they persists. As told by Huang Xuhua the lead engineer on the project
with english subtitle.
There is no computer back then so all the calculation are done with slide rule and abacus! take forever they work the night away

Dedication, commitments and persistent would defeat any obstacles ..... imagine, no computer for such complex machine .. I bet there was no CNC machine available there
A

Registered Member
China unveiled two new Type 094A (Jin-class) submarines:
Please, Log in or Register to view URLs content!
You must log in or register to reply here.