Staff member
Super Moderator
Registered Member
Finally slightly closer ... and together with the Z-8 mock up. (Via @摇篮里的航海家 from Weibo)

Staff member
Super Moderator
Registered Member
We had hint of it even when with the previous blurry pictures, but these clearer pictures do seem to represent a uav that's different in design to what we've seen from previous UAVs like the AR500C or other helicopter UAVs.

Even on the mock up, some features are notable including whatappears to be a chin mounted sensor that corresponds with what you'd expect from a chin mounted surface search radar.
The landing gear might also be represented by the two front wheels, though it's possible those wheels are just for moving the mock up and the real thing will have sled landing gear instead.
But the overall fuselage shape is definitely different to other designs we've seen in the past, as far as i can see.

Also, of course we can see the rotors fold which would be expected of a naval rotary UAV. The mock up seems to "lack" a tail rotor, but that should just be a reflection of the mock up's level of detail.


Key things we should be interested in is to cast eyes for better estimates of its size, and therefore can give us hints to its weight and performance (endurance, range payload).

The fact that a mock up is being aboard 075 so early would suggest it is already relatively far along with its development -- obviously developing and testing a rotary UAV like this can easily be done from prying eyes and without our direct knowledge.


Another thing to watch for is to see where/when 055 gets fit with this mock up or even when it gets tested with one. In particular, I wonder if the dimensions of this UAV may be sized to allow to to be fit in an 055's single Z-20 sized hangar, but that's something for later down the line.
X

A new type of vertical take off and landing (VTOL) unmanned aerial vehicle (UAV) was allegedly spotted last week aboard one of the two Type 075 LHD currently fitting out in China. Henri Kenhmann from East Pendulum has the story.
Click to expand...

Peter2018 said:
Is this stealthy helicopter the reason why they have not mass produced helicopters for their LHD and LPD yet?
Click to expand...

First of all, this isn't a stealth helicopter. It's a naval rotary UAV, which may or may not have a few RCS reduction features.

Third, why do you think the production rate of naval helicopters (Z-20 and Z-8 family in particular) is related to anything other than the development cycle of new choppers + high demand for helicopters in china and the PLA overall?

A very small image from a different angle.

by78 said:
A very small image from a different angle.

Is that two mockups of the naval UAV? Neat

looks like China is pouring resources into unmanned systems

Type 075 will have unmanned rotary and Type 076 UCAV

really its the future

I think its right direction

Bltizo said:
Is that two mockups of the naval UAV? Neat
Click to expand...

All the mockups at pier side, including the rotary UAV. 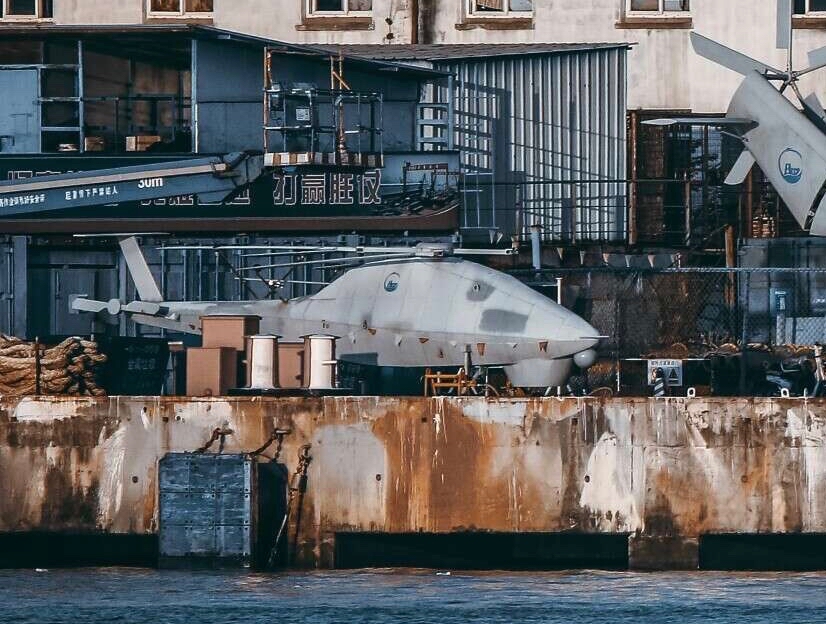 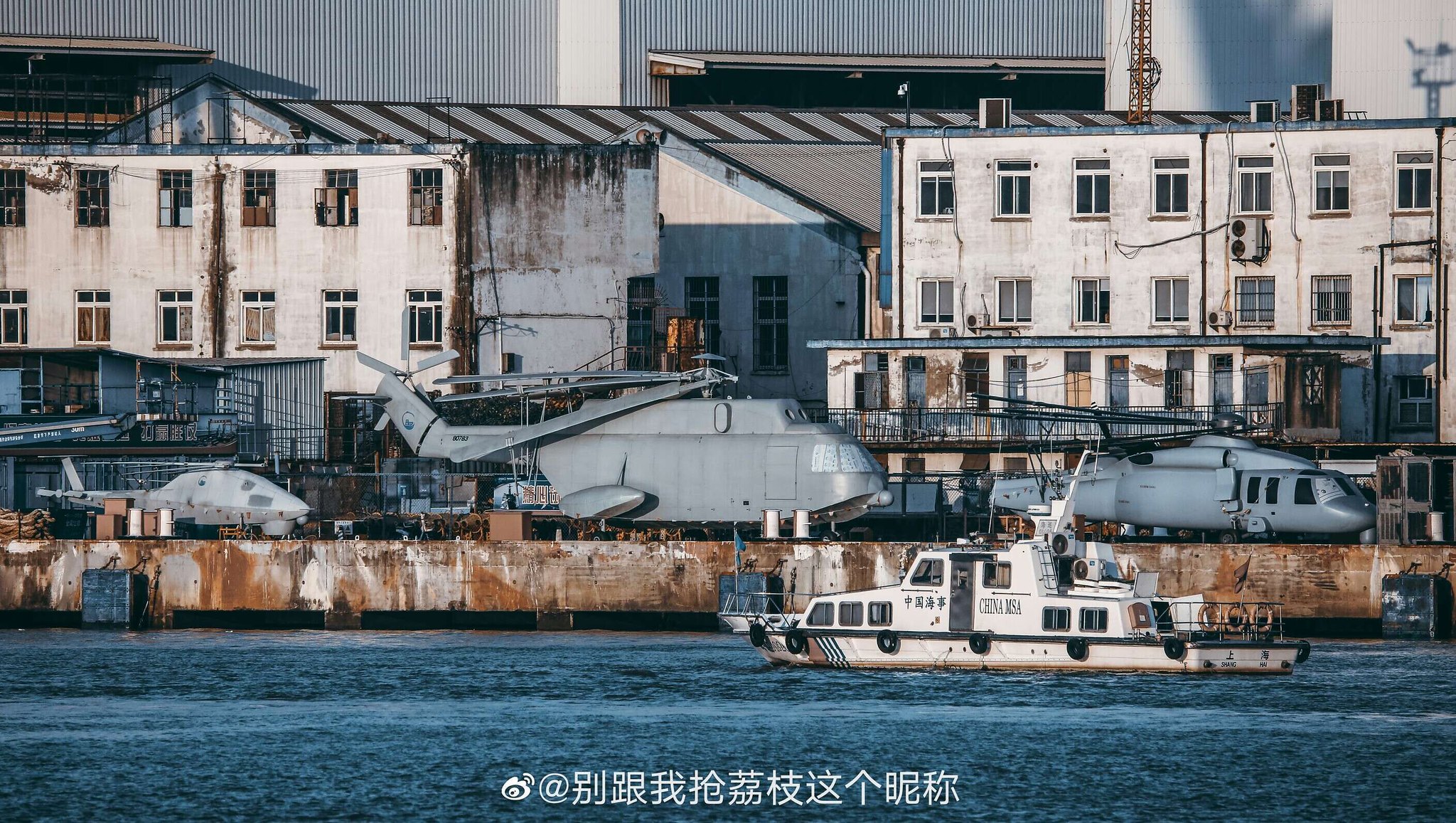 Beside Z-8 and Z-20 it does look rather small. But, I'd say it's actually not that much smaller than Z-9.
You must log in or register to reply here.