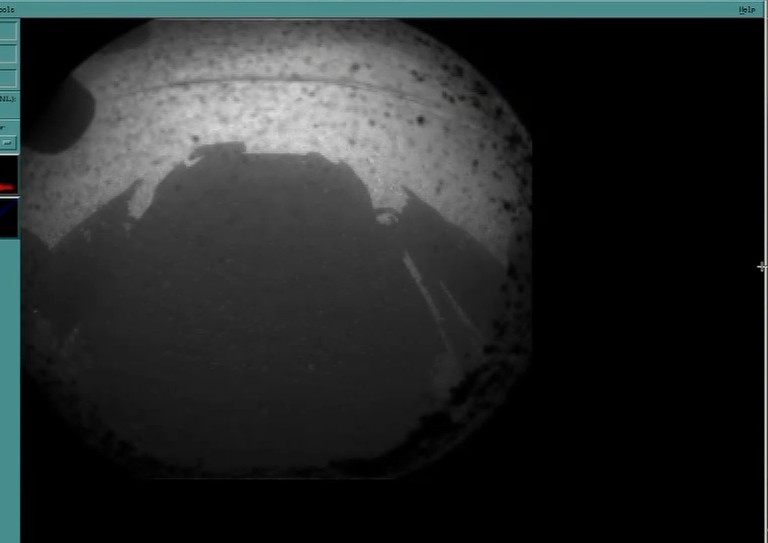 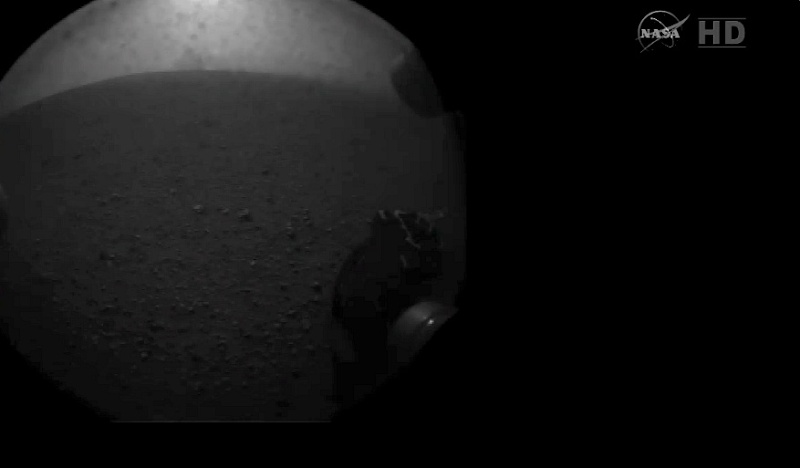 History was made at 1:31am EDT (05:31 UTC) Monday on the fourth planet in this solar system as NASA’s Mars Science Laboratory rover Curiosity descended to a picture-perfect rocket-guided and -slowed descent to a gentle, wheels-first, sky crane touchdown on the surface of the Red Planet. NASA is 14 for 20 in their attempted missions to Mars (a 70 percent success rate) and 4 for 4 in their attempts to land a rover on Mars (a stunning 100% success rate).

History of the Martian Challenge:

From the 1600s to the 1960s, ground-based observations of Mars from Earth provided all the data humanity had on the Red Planet – information provided solely via the use of ground-based telescopes.

It was not until the 1960s and the development of space-based technologies and rockets powerful enough to launch space probes onto trajectories to other planets that up-close exploration of Mars – named after the Roman god of war – began.

Since the advent of space rocket technology...
Click to expand...

Escobar you beat me to that story! Good job!

ASADENA, California (Reuters) - NASA's Mars science rover Curiosity performed a daredevil descent through pink Martian skies late on Sunday to clinch an historic landing inside an ancient crater, ready to search for signs the Red Planet may once have harbored key ingredients for life.

Mission controllers burst into applause and cheers as they received signals confirming that the car-sized rover had survived a perilous seven-minute descent NASA called the most elaborate and difficult feat in the annals of robotic spaceflight.

Engineers said the tricky landing sequence, combining a giant parachute with a rocket-pack that lowered the rover to the Martian surface on a tether, allowed for zero margin for error.

"I can't believe this. This is unbelievable," enthused Allen Chen, the deputy head of the rover's descent and landing team at the Jet Propulsion Laboratory near Los Angeles.

Moments later, Curiosity beamed back its first three images from the Martian surface, one of them showing a wheel of the vehicle and the rover's shadow cast on the rocky terrain.

The landing marked a much-welcome success and a major milestone for a U.S. space agency beset by budget cuts and the recent cancellation of its space shuttle program, NASA's centerpiece for 30 years.

"It's an enormous step forward in planetary exploration. Nobody has ever done anything like this," said John Holdren, the top science advisor to President Barack Obama, who was visiting JPL for the event. "It was an incredible performance."

Obama himself issued a statement hailing the Curiosity landing as "an unprecedented feat of technology that will stand as a point of national pride far into the future."

"It proves that even the longest of odds are no match for our unique blend of ingenuity and determination," he said.

CHECKUP FOR CURIOSITY BEFORE IT ROVES

While Curiosity rover appears to have landed intact, its exact condition was still to be ascertained.

NASA plans to put the one-ton, six-wheeled, nuclear-powered rover and its sophisticated instruments through several weeks of engineering checks before starting its two-year surface mission in earnest.

"We're going to make sure that we're firing on all cylinders before we blaze out across the plains," lead scientist John Grotzinger said.

The rover's precise location had yet to be determined, but NASA said it came to rest in its planned landing zone near the foot of a tall mountain rising from the floor of a vast impact basin called Gale Crater, in Mars' southern hemisphere.

Launched on November 26 from Cape Canaveral, Florida, the robotic lab sailed through space for more than eight months, covering 352 million miles (566 million km), before piercing Mars' thin atmosphere at 13,000 miles per hour -- 17 times the speed of sound -- and starting its descent.

Encased in a protective capsule-like shell, the craft utilized a first-of-its kind automated flight-entry system to sharply reduce its speed.

Then the probe rode a huge, supersonic parachute into the lower atmosphere before a jet-powered backpack NASA called a "sky crane" carried Curiosity most of the rest of the way to its destination, lowering it to the ground by nylon tethers.

When the rover's wheels were planted firmly on the ground, the cords were cut and the sky crane flew a safe distance away and crashed.

The sequence also involved 79 pyrotechnic detonations to release exterior ballast weights, open the parachute, separate the heat shield, detach the craft's back shell, jettison the parachute and other functions. The failure of any one of those would have doomed the landing, JPL engineers said.

With a 14-minute delay in the time it takes for radio waves from Earth to reach Mars 154 million miles (248 million km) away, NASA engineers had little to do during Curiosity's descent but anxiously track its progress.

By the time they received radio confirmation of Curiosity's safe landing, relayed to Earth by a NASA satellite orbiting Mars, the craft already had been on the ground for seven minutes.

NASA engineers said the intricate and elaborate landing system used by Curiosity was necessary because of its size and weight.

Over twice as large and five times heavier than either of the twin rovers Spirit and Opportunity that landed on Mars in 2004, Curiosity weighed too much to be bounced to the surface in airbags or fly itself all the way down with rocket thrusters -- systems successfully used by six previous NASA landers, engineers said.

Curiosity is designed to spend the next two years exploring Gale Crater and an unusual 3-mile- (5 km-) high mountain consisting of what appears to be sediments rising from the crater's floor.

Its primary mission is to look for evidence that Mars - the planet most similar to Earth - may have once hosted the basic building blocks necessary for microbial life to evolve.

The rover comes equipped with an array of sophisticated instruments capable of analyzing samples of soil, rocks and atmosphere on the spot and beaming results back to Earth.

One is a laser gun that can zap a rock from 23 feet away to create a spark whose spectral image is analyzed by a special telescope to discern the mineral's chemical composition.

Mission controllers were joined by 1,400 scientists, engineers and dignitaries who tensely waited at JPL to learn Curiosity's fate, among them film star Morgan Freeman, television's "Jeopardy!" host Alex Trebek, comic actor Seth Green and actress June Lockhart of "Lost in Space" fame. Another 5,000 people watched from the nearby California Institute of Technology, the academic home of JPL.

"There are many out in the community who say that NASA has lost its way, that we don't know how to explore, that we've lost our moxie. I think it's fair to say that NASA knows how to explore, we've been exploring and we're on Mars," former astronaut and NASA's associate administrator for science, John Grunsfeld, told reporters shortly after the touchdown.

Pics of MSL taken by MRO 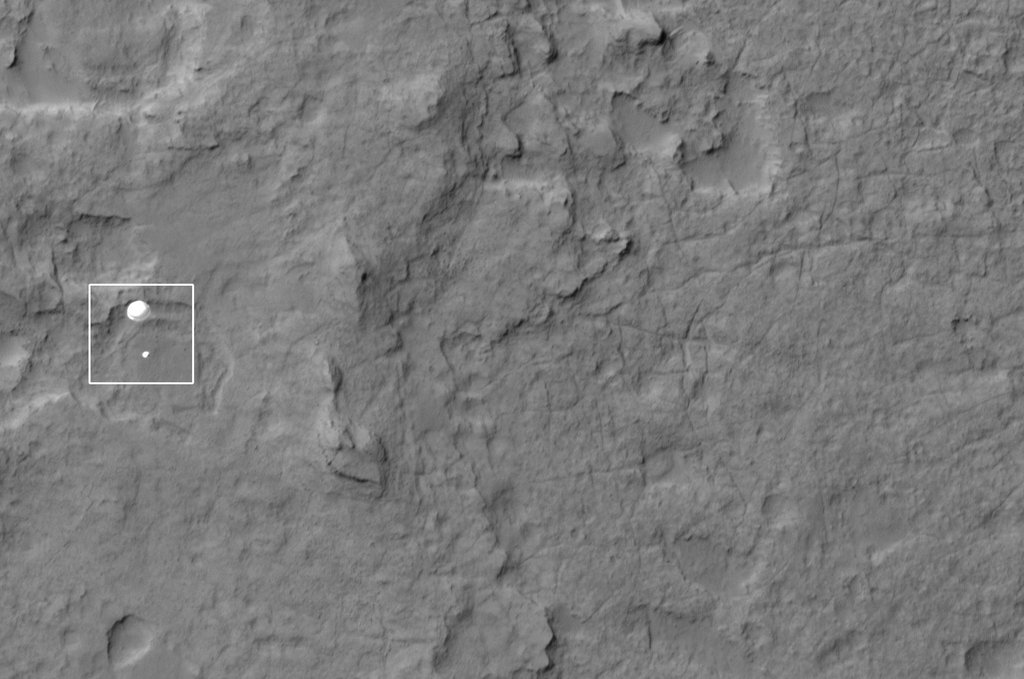 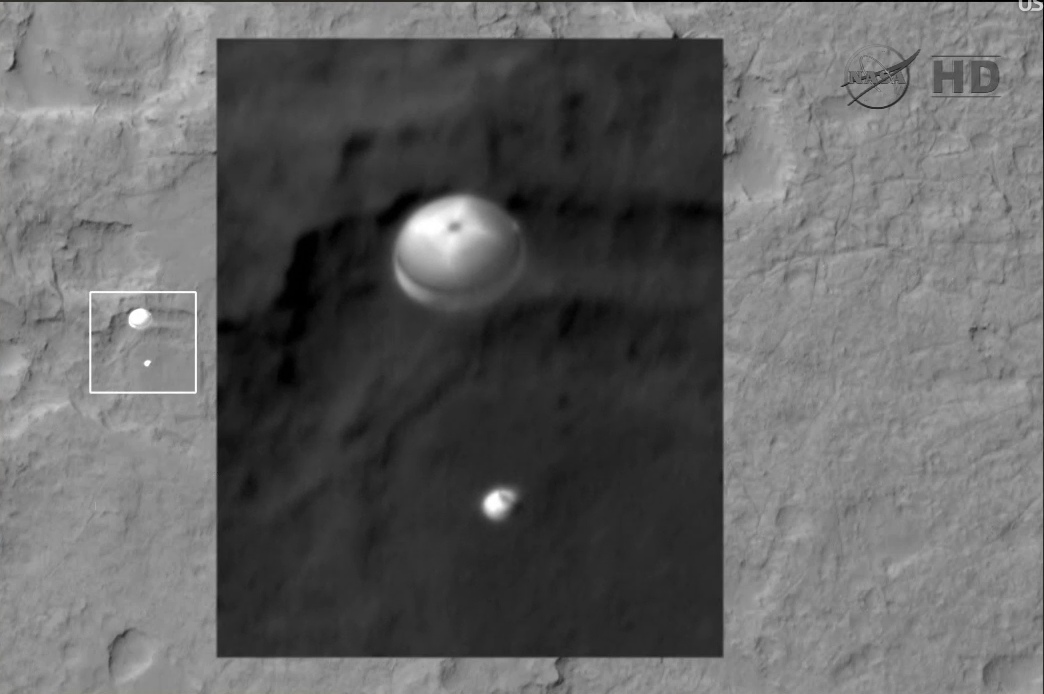 Part of the wall of Gale Crater (landing area) 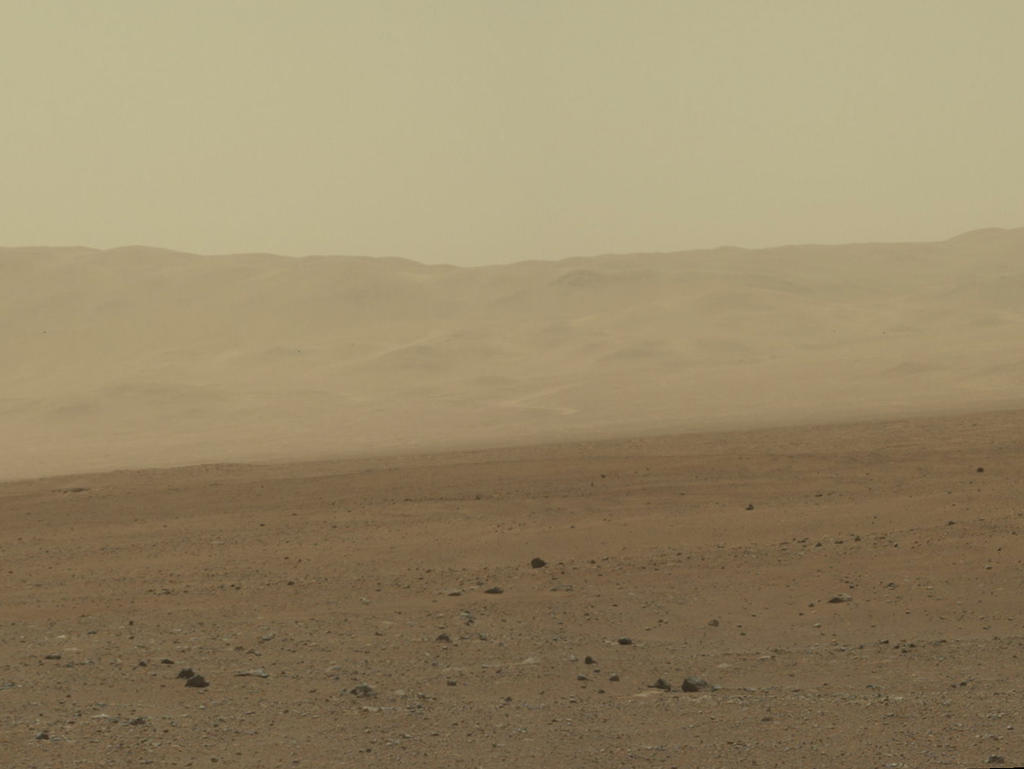 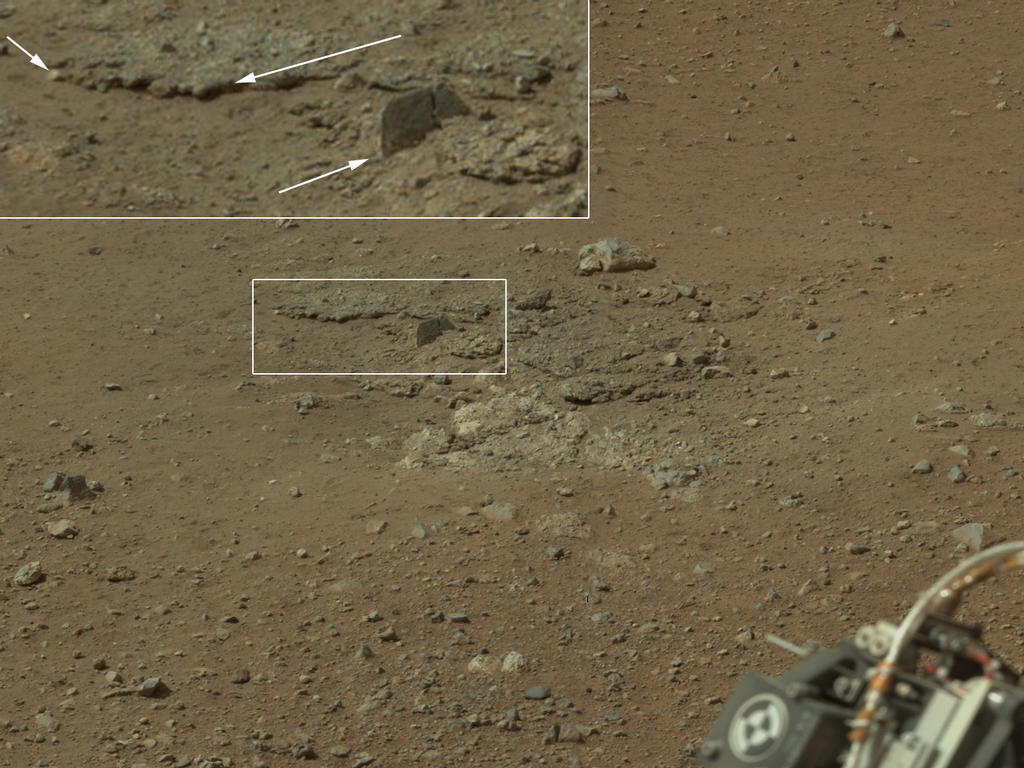 
delft said:
It's a pity the US broke off the Apollo program after six moon landings and wasted huge amounts of resources on the Space Shuttle project.
Click to expand...

OT
I don't see the shuttle as a waste of money.I view it as a natural progression for man travelling in space. As I recall even Qian Xusen had concept drawings of space planes that formed the nose of the launch rocket.


bladerunner said:
OT
I don't see the shuttle as a waste of money.I view it as a natural progression for man travelling in space. As I recall even Qian Xusen had concept drawings of space planes that formed the nose of the launch rocket.
Click to expand...

I agreed, when it comes to space exploration there's no such thing as wasted money, but waste of opportunity for something new for man kind to learn from.
J


Equation said:
I agreed, when it comes to space exploration there's no such thing as wasted money, but waste of opportunity for something new for man kind to learn from.
Click to expand...

Space shuttle was definitely waste of money, if they stick with the appolo program's Saturn rocket and using conventional capsules, they would still have moon capability and way cheaper of sending payload up and down, shuttle's original goal was a economical reusable ways to send stuff up there and back, but the cost overrun just got out of control, by the later stage of the program, I believe the cost of 2 shuttle launch was more than the entire Chinese Shenzhou program include all the manned launches and R&D cost.

Just because Qian had drawing of space plane does not mean it is worthy, it was more of a fav of the moment, everyone saw American doing it, so everyone want to get in on it. But in the end, most people agree it was not worth the opportunity cost, ESPECIALLY the Americans themselves.


Equation said:
I agreed, when it comes to space exploration there's no such thing as wasted money, but waste of opportunity for something new for man kind to learn from.
Click to expand...

Thats right, if the car industry had stayed the same, we would still be driving around in variants of the model T.We could buy the thing for several hundred dollars , instead of paying out thousands. The commercial aviation industrywould still be flying around in the first gen jets.Boeing 707/s... now we are looking at flying wings with plenty of room for passengers to move around.

In all seriousness the shuttle prolonged the life of Hubble.
Last edited: Sep 1, 2012
You must log in or register to reply here.