Staff member
Super Moderator
Since this is a new stealth aircraft, which will have its first flight in a few weeks, I believe a separate thread dedicated to it is warranted. Here's the news:

The defence ministry's acquisition agency showed off the domestically developed, radar-dodging X-2 fighter at a regional airport near the central city of Komaki.

Its first flight is scheduled in mid-February before delivery to the defence ministry by the end of March next year, the acquisition agency said.

The X-2, developed by Mitsubishi Heavy Industries, measures 14.2 metres (47 feet) long and 9.1 metres wide and was built as a successor to the F-2 fighter jets developed jointly with the United States.

Presently, only the United States, Russia and China have been internationally recognised as having successfully developed and flown manned stealth jets, the agency said.

Japan has reportedly spent about 39.4 billion yen ($332 million) to develop the aircraft.

In November Japan's first domestically produced passenger jet, also developed by Mitsubishi Heavy, made its maiden test flight, a landmark development for the country after being barred from developing aircraft following its defeat in World War II.
Click to expand...

Good video with some close ups.

The paintjob is highly anime-esq. Reminds me of the Macross mechs. 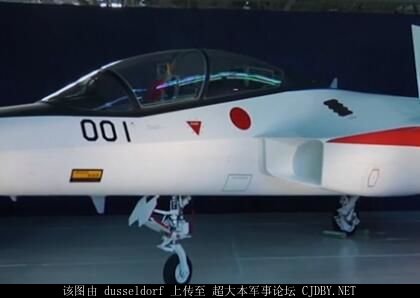 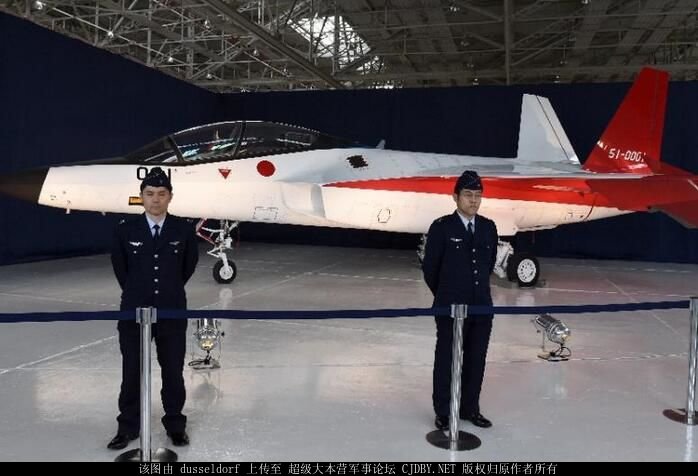 b787 said:
The Japanese have made and designed the engine too with thrust vectoring too
Click to expand...

I am really interested in seeing how this engine performs.

The first flight is supposed to be in a few weeks, but do we have any specifics about the engine?

TOYOYAMA, Japan (AP) — Japan unveiled its first homemade stealth plane Thursday as it tries to catch up on the technology and enhance its reconnaissance and intelligence capabilities as China expands its own military presence in the region.

The experimental X-2 is expected to make its maiden test flight in February. Defense officials said the aircraft is designed to test the stealth technology that would possibly be combined with the next-generation fighter jet, replacing the fleet of F-2 fighters as early as 2028.

The red-and-white aircraft, with a 14-meter (45-foot) -long fuselage and 9-meter (30-foot) -long wingspan, sat inside a hanger at the Nagoya Airport in central Japan.

Led by Mitsubishi Heavy Industry, the stealth plane comes with radar-resistance features, including a canopy with special stealth-enhancing coating, and mobility.

"I cannot go into details, but we recognize it is technologically at a very high level," said Takahiro Yoshida, an official in charge of the project at the Acquisition, Technology & Logistics Agency of the Defense Ministry.

Jeff Head said:
I am really interested in seeing how this engine performs.

The first flight is supposed to be in a few weeks, but do we have any specifics about the engine?
Click to expand...

i will try to find out, the only thing i know is is made by Japan`s IHI and it is a domestic engine developed from the XF-7 engine that powers the P-X and has thrust vectoring with paddles like the X-31
XF-5

P-x with XF-7 engines by IHI

Jeff Head said:
I am really interested in seeing how this engine performs.

The first flight is supposed to be in a few weeks, but do we have any specifics about the engine?
Click to expand...

The TVC paddles are similar to the X-31. Each engine are said to have a wet thrust of 5 tons.

It'll be an interesting aircraft for sure, but it's also important to remember it is an immensely subscale aircraft in all proportions, and while it will greatly assist in the development of an eventual actual stealthy 5th generation fighter it will probably take a number of years until we see the first prototype of such an aircraft.

How come Japan Stealth X-2 is not using DSI technology to much improve its stealth ??

How come Japan Stealth X-2 is not using DSI technology to much improve its stealth ??
Click to expand...

DSI is merely one solution for satisfying the need for stealthy aircraft inlets, not having DSI does not mean an aircraft or the aircraft's home industry is somehow lacking.
You must log in or register to reply here.