That shade of yellow brings out the vibes of high tech robotics, like that of The Tranformers.

manqiangrexue said:
Is it just my eyes or does it look to anyone else like those vertical tails are moving in a way never-before seen?
Click to expand...

No, they are ruddervators and have always incorporated the Pitch as well are Yaw element into their design and function. If you go back to some of our old threads of 2001, when they are starting the aircraft, the controls look like they perform an auto function test and move throught their full "throws in each direction.

They are "all flying" and are not attached to the fuselage except by the hinge post, in other words they are not vertical stabilizers with hinged rudders attatched, the whole surface moves through a very long throw. So if you were in horizontal flight, all trimmed out, and pulled back on the stick, they would function as pitch control working in harmony with one another, if you pushed left rudder, they would work in harmony to give the aircraft left rudder, right rudder pedal depressed they would apply right rudder.

As a fifth generation fighter, the J-20 will likely be equipped with certain key sensors and mission avionics to be competitive with other fighter aircraft of its generation. Verified details of J-20’s sensor suite and mission avionics do not exist due to the high operational security of the Chinese military, however it is possible to reach certain likely conclusions, through the combination of credible open source rumours, analysis of J-20 pictures, and the application of common sense and critical thinking.
However, first it is important to determine the sensors and avionics typical of a fifth generation fighter. These may usually an advanced active electronically scanned array radar, an advanced electronic support measures suite, an advanced datalink or datalinks, as well as possible electro-optic/infra-red sensors and even secondary radars. Of course, the integration of the sensors via data fusion and the actual capability of the sensors compared to each other are not known and may never be known, therefore the table below should not be viewed as an exhaustive qualitative comparison.

One key thing which I will be interested in is when J-20 gets its own version if IFDL or MADL, if other aircraft will get it as well. Personally, I feel like the Air Force probably could have begun developing such a datalink for operation aboard their new build 4+ generation fighters even before J-20 really enters service, so that once J-20 does enter service they will already have a large fleet of fighter aircraft capable of datalinking with each other to make use each others sensors in a secure way beyond what the current supposedly Link 16 like JSILDS can do (i.e.: likely omnidirectional and less secure).

I've suspected if J-10C's VLOC antennae on its tail may be for such a datalink, and if so, it would likely make sense for the likes of J-16/J-16D, J-11D, to all leverage such capabilities as well. We focus greatly on the AESAs of these new 4+ gen aircraft, but having capable and secure datalinks are just as important.

Staff member
Super Moderator
Looks like the leading edge of the wing is entirely grey, could definitely strongly suggest some sort of wing mounted radar or some other sort of array or antenna. 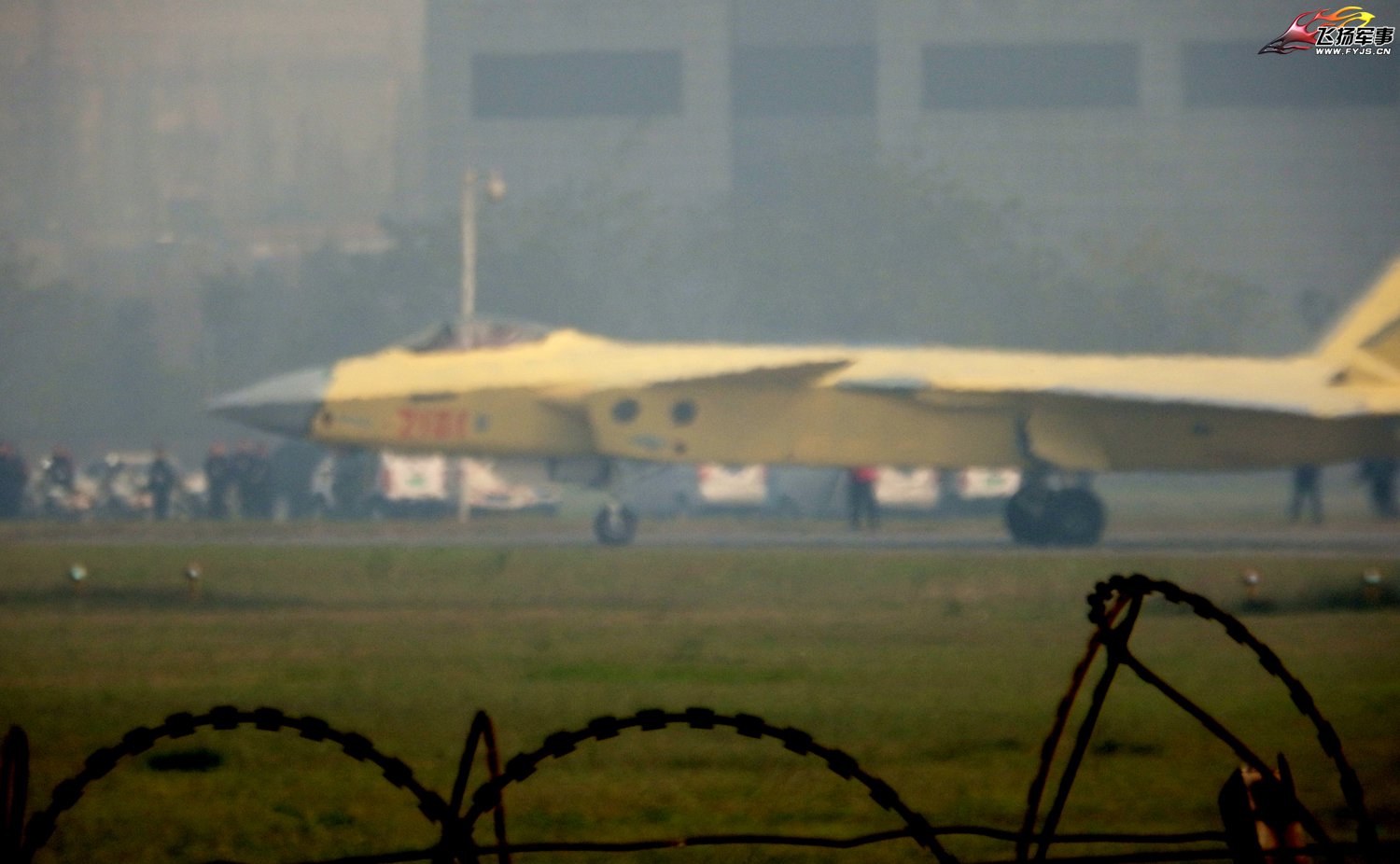 Deino said:
Did anyone notice, that both RCS-test stands are not the same ? ... the first one has a long slim pylon, whereas the second in the new image has more a tower-like arrangement.

I did. And together they reminded me of a huge wooden structure over a deep valley carrying a B-52 and seen in Aviation Week decades ago. How different can these structures be.

mystery solved. 2016 was actually further away and closer like I thought. Its almost as if the guys at CAC heard bicker about it

Staff member
Super Moderator
By the way regarding my (or our) hope to see '2101' in the air as soon as possible and the usual Chinese new year holydays ...

Am I correct that until 3. January we "should" expect nothing since these are local holydays ... however more relevant are the longer "holydays" after Spring Festival Eve (7. February) and "Chinese New year" (8. February) and the one week holydays thereafter until 13. February ?

So hopefully before these days.