pesoleati said:
the dual rack is not an ideal solution as they took up spot that can be used for land attach/Anti-ship weapons. The central fuel tank is small anyway and it can be replaced by making the other 2 fuel tanks larger (as on Mirage 2000). If they can do that, it allows J10 to carry 2 fuel tanks, 2-3 PL15, 2 PL10 and 2 large ground/ship attacking weapon without changing the air frame too much.
Click to expand...

Dual rack only takes up 1 pylon, so it doesn't take up any additional hardpoint. In addition the J-10 will most likely be rocking three external fuel tanks, much like the Rafale and Eurofighter (heck even the F-15s rocked up with 3 tanks in Southern Watch), to long range/duration operations.

Unlike other countries, the PLA has the luxury of not requiring one fighter to do every job. A fighter that does every job ends up being a jack of all trades but a master of none anyway. The J-10 is a capable air-to-air platform, but if the PLAAF needed to clear up the skies, chances are they'd send in the J-20 (dedicated air superiority fighter) and J-11 (larger missile loadout) instead of the J-10. As for strike, well the J-16 (a dedicated strike fighter that can hold a boat load of bombs and munition) and to a certain extent older JH-7s have a greater striking capability than the J-10.

As such the J-10 primarily serves as a multirole fighter to conduct counterair (basically air patrol), AEW/tanker/mobility escort, fighter sweep, a limited strike mission, and perhaps SEAD (lightweight airframe makes it ideal for dodging SAMs and AAA). That's why there isn't a need for the J-10 to have a truck load of BVR missiles. When the J-10 was designed as a lightweight fighter, more missiles and munitions would only add additional weight and drag, which takes away its advantage/selling point.

Counterair operations, no-fly zone enforcement, and escort loadout:
Anti-ship or strike loadout:
In other words, the J-10C still packs quite the punch and has very impressive capability. Why else do you think all the Pakistani fanboys have been crying for its procurement?

siegecrossbow said:
Quick! Someone tweet David Axe that J-10B has been spotted in Pyongyang and see if he takes the bait.

A J-10B took off from the same airport where the J-10B in the quoted post landed:

For realistic configurations - 2/2/2 or even 2/2/1 is far more likely.
We're talking about a single-engined fighter here.

Flying bush configurations look cool, but they aren't needed all that often...
A

Gloire_bb said:
For realistic configurations - 2/2/2 or even 2/2/1 is far more likely.
We're talking about a single-engined fighter here.

Flying bush configurations look cool, but they aren't needed all that often...
Click to expand...

In peace time it's always better to preserve the life of the jet with light payload anyway. But in war situation it can be interesting to put a bit more only if the plane is able to use them before lack of fuel or lack of luck.

Atomicfrog said:
In peace time it's always better to preserve the life of the jet with light payload anyway. But in war situation it can be interesting to put a bit more only if the plane is able to use them before lack of fuel or lack of luck.
Click to expand...

Additional suspended weapons cut specs, significantly.
The smaller and lighter the plane, the more the effect. Or, reductio ad absurdum, the more you carry, the harder it is to use that you carry. And stay alive.

Sometimes it happens(aerial ambushes, certain types of strike missions like famous french missions), but in most cases realistic combat payloads are quite limited. 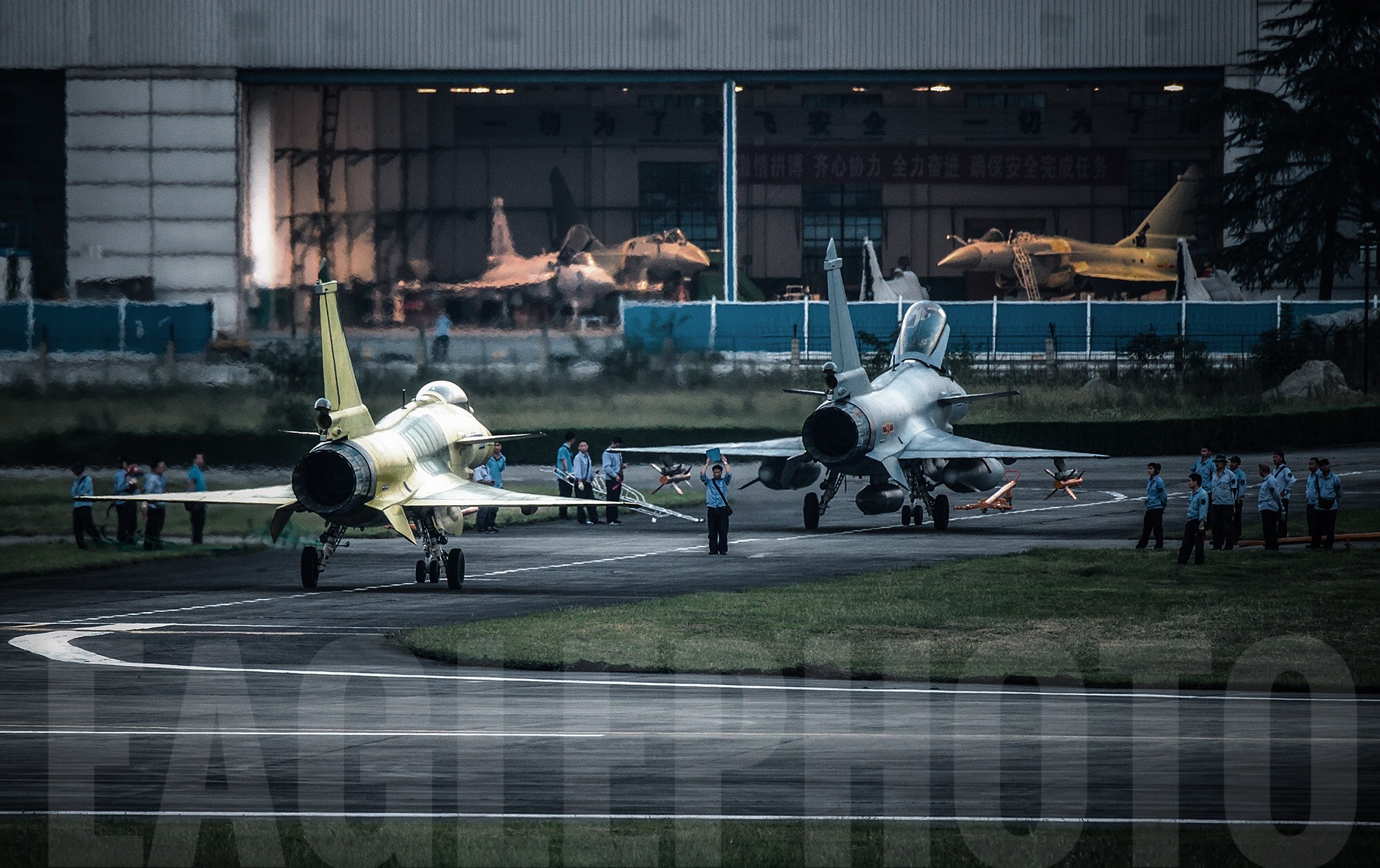 Registered Member
A close-up look at the small bombs loaded onto J-10:

Dropped in a sequence:

xyqq said:
A close-up look at the small bombs loaded onto J-10:

Dropped in a sequence:

Have a feeling they're practice bombs - the US have something similar called the BDU-33, which are 25lb inert ordnances that are used to simulate Mk82 bombs and allow pilots to practice dropping unguided bombs. The BDU-33 releases a cloud of smoke on impact instead of making a bang/mess like a live bomb would, and allows pilots to see how accurate they were in their bombing run/pass. 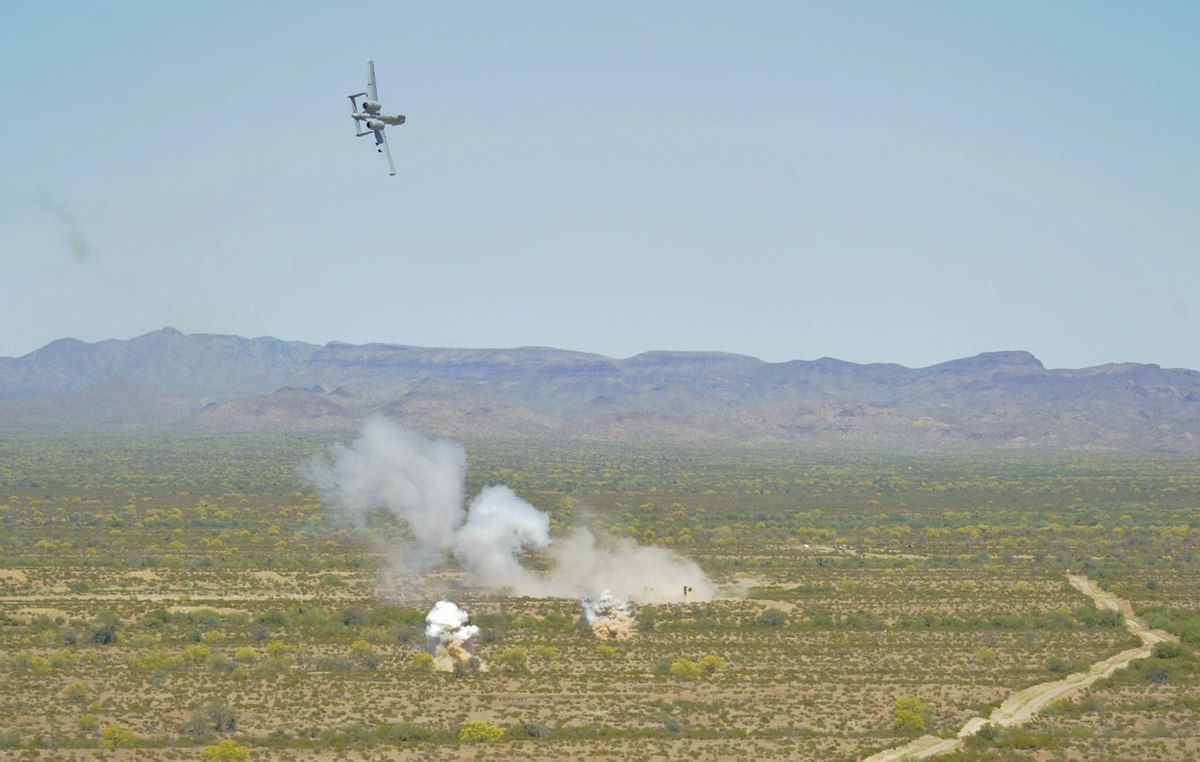 Registered Member
Two configurations based on the combat training pod.

1. Dogfight mode with a PL-8 training missile but no external tanks:

Staff member
Super Moderator
At least one of the 2020 Golden Helmet winners is a J-10C pilot.