Turkey called out by Iraq on sovereignty violation: 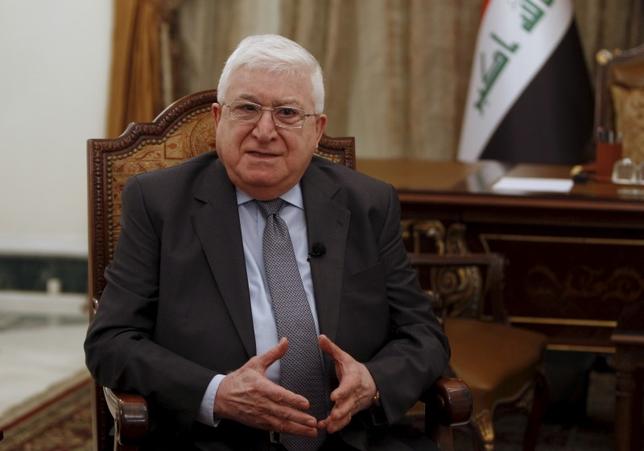 Iraq's President Fouad Massoum speaks during an interview with Reuters at the presidential palace in Baghdad March 25, 2015.
REUTERS/AHMED SAAD

Iraq's Foreign Ministry summoned the Turkish ambassador on Saturday to demand that Turkey immediately withdraw hundreds of troops deployed in recent days to northern Iraq, near the Islamic State-controlled city of Mosul.

The ministry said in a statement the Turkish forces had entered Iraqi territory without the knowledge of the central government in Baghdad, and that Iraq considered such presence "a hostile act".

But Turkish Prime Minister Ahmet Davutoglu said the troop rotation was routine and that Turkish forces had set up a camp near Mosul almost a year ago in coordination with Iraqi authorities.

"This camp was established as a training camp for a force of local volunteers fighting terrorism," he said in a speech to a labor union that was broadcast live by NTV news channel.

Islamic State militants overran Mosul in June 2014. A much anticipated counter-offensive by Iraqi forces has been repeatedly postponed because they are tied down in fighting elsewhere.

Iraq has urged the international community to provide more weapons and training in its battle against Islamic State, but rejects most forms of direct intervention, mistrusting the intentions of foreign powers.

Davutoglu said the camp, located some 30 km (19 miles) northeast of Mosul, was set up at the Mosul governor's request and in coordination with the Iraqi Defence Ministry.

"It has trained more than 2,000 of our Mosul brothers, contributing to the freeing of Mosul from the Islamic State terrorist organization," he said.

Iraqi President Fouad Massoum earlier described the deployment as "a violation of international norms and law" and called on Turkey to withdraw, echoing a statement from Prime Minister Haider al-Abadi's media office a day earlier.

A senior Kurdish military officer based north of Mosul told Reuters that additional Turkish trainers had arrived at a camp in the area overnight on Thursday escorted by a Turkish protection force.

A small number of Turkish trainers was already at the camp to train the Hashid Watani (national mobilization), a force made up of mainly Sunni Arab former Iraqi police and volunteers from Mosul.

The United States was aware of Turkey's deployment of Turkish soldiers to northern Iraq but the move is not part of the U.S.-led coalition's activities, according to defense officials in Washington.

U.S. officials made several statements last week on plans to send more U.S. troops to Iraq, prompting powerful Iraqi politicians and militias to protest against the presence of any foreign troops in Iraq without explicit permission from parliament.

Powerful Iraqi Shi'ite Muslim armed groups have pledged to fight a planned deployment of U.S. forces to the country. Turkey has in recent months been bombing Kurdish militant positions in northern Iraq.
Click to expand...

SampanViking said:
I was actually replying directly to Jura. (which is why I was quoting his post)

I agree with you that a push directly south of Alleppo of the sort that the capture of Baradah (Buridah on Edmaps?) makes perfect sense in creating a far more secure supply line into Aleppo, plus a much shorter journey into the city itself.

Just to add, that another reason that I believe a flanking movement is coming from the East of Aleppo is because this will move through territory held by ISIS and therefore will be very difficult for other powers to obstruct or complain about its progress and that it will only take a small (albeit strategically critical) area of rebel territory north of city, right at the very end.
Click to expand...

Ooops! Glad I started that off with, if, then.
I don't see posts, or quotes, of those I'm ignoring.

I always saw the logic of the eastern flanking, just thought the western more likely. I missed that one. However, something is up with the Khan Touman/Al Qarassi area, though, that I'm just not gettin' There has been no real movement in this particular area. I'm thinkin' that Loyalist forces might be either better suited or more inclined to open field combat than to urban. That takes real commitment/guts! Hopefully, the T-90s that have been deployed to the area will help.

Regarding the eastern flanking maneuver, I think your projections about the Rayyan bulge and A'zaz gap are spot on, although just which forces are holding A'zaz by the time the Loyalists reach it is, very much, in question. With the success they're having, I am wondering, now, though, if they'll stop at Al Bab, or if they'll proceed through to Manbij, along the same highway (M4 ). It's also a densely populated city (second-most in Aleppo) whose residents, I'm sure, would appreciate relief from ISIL. Being 50 kn up the road, they might haev to wait 'til the next phase, though.

which are two numbers describing "the surge" period of November 17-20, as now I found
the official for November 26-December 4 (nine days):
EDIT
the gap in reporting noticed Tuesday at 2:32 PM

Jura said:
..., but now even the official Russian Air Force reports are not available (remember grandiose scenes like Nov 17, 2015
? will they be back?); the last report, according to a well-known Red Russian blogger

LOL at first I thought it was a fake: 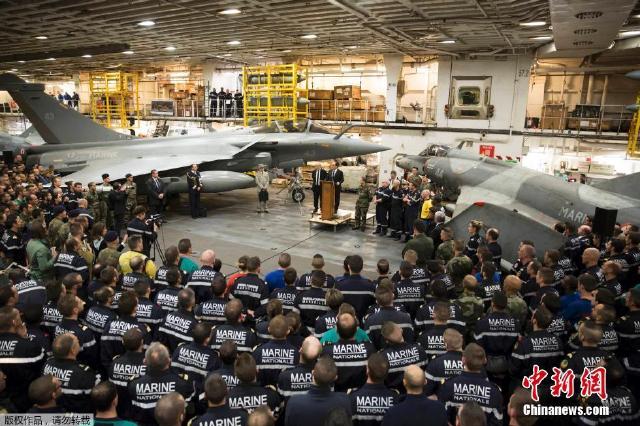 it is not:
Hollande visits French carrier, Germany joins IS fight

Hollande said the ship would move from the eastern Mediterranean to the Gulf "in a few days" to relieve a US carrier.
Click to expand...

Registered Member
And deployed up to March, enough long.

Russian do about 40/50 sorties for a day, have sometimes do up to 80 Su-24/25 use mainly free fall bombs/rockets it is Su-34 which in general use PGM the get all a true AI aircraft.

...
The British Ministry of Defense said its Typhoon and Tornado jets had carried out a series of airstrikes on the ISIS-controlled oilfield at Omar, in eastern Syria. The ministry's statement said the jets used Paveway IV guided bombs to hit wellheads as they conducted eight strikes Friday evening.
In an updated statement Saturday, the ministry said Typhoon and Tornado jets based at Akrotiri, a Royal Air Force Base on the Mediterranean Island of Cyprus, had carried out more strikes on the "very large" Omar oilfield.
The smart bombs were guided to hit wellheads to cut off ISIS' oil revenue, the ministry statement said.
"Eight attacks were carried out, and early reports suggest that they were successful," the ministry statement said. "Our aircraft then remained on patrol to collect intelligence on possible terrorist positions and be ready to strike any further targets that might be identified in eastern Syria or western Iraq."
...

I don't know but did a google-search:

Two German Tornados and a tanker are expected to be sent to Turkey's Incirlik air base next week
Click to expand...

News seem to suggest that the german aircraft will be based in Incirlik, Turkey.

LOL to appreciate this, I admit I first had to check: 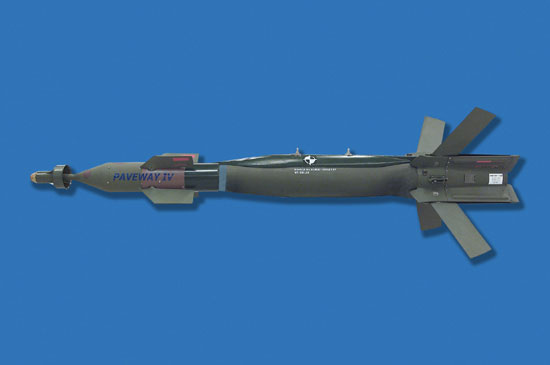 Jura said:
I don't know but did a google-search: