ougoah said:
Yeah this guy should just be ignored on this forum... I've ignored his posts since all they are ever about is "PLAfags" this and Indiastronk between posting out of context CGIs and renderings of planned or in development projects... often pictures of foreign equipment and technology. Reminds me of the "so many white slaves... India rich" video where they took Arab and Chinese buildings and spliced them into this made up Indian future metropolis.
Click to expand...

You forgot the GaN radar thingy, he has posted at least a dozen times.
A

I really cannot understand why the same provoking image three times in a row!??

There was a more than clear warning and I really cannot understand why the same provoking image three times in a row!??

This results in on e month ban for each provoking and insulting post!
Last edited by a moderator: Jun 5, 2020
J 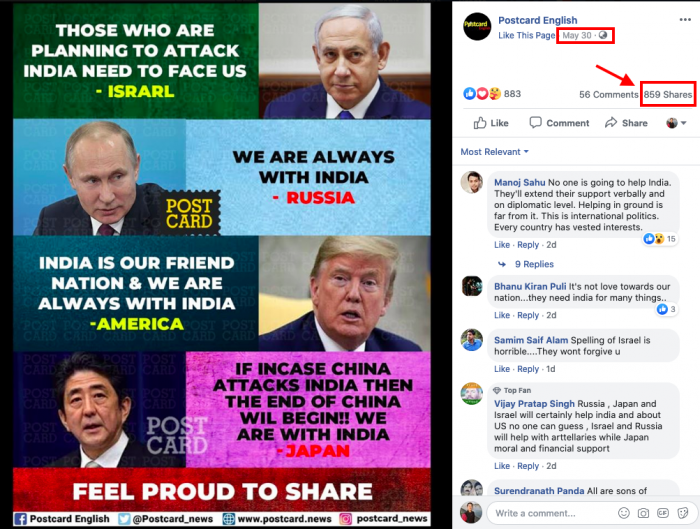 We truly have the most pathetic enemy in India. The evil ways of India is exposed for the world to see, evidenced in so many Muslims being murdered on Indian streets by lynch mobs and often their own police and military. It's all public but the world doesn't care because the Anglo world only focuses its global propaganda program on Russia and China slandering.

This is just some of the horror that is Hindutva India. I will not post videos and images of young Muslim Indians being killed by Indian police on the streets and their bodies lying on each other.

Registered Member
Now also add the made up quotes from national leaders. Yet another feel good attempt. Honestly the more embarrassing and humiliating thing than being beaten and tied up is making up a fake victory to feel good for yourself while just about all observers see it for what it is. Hindutva echo chambers and group think on full blast to neutralise their humiliation and to suppress MUCH needed self-reflection.
M

berserk said:
Look like the decisive defeat at the battle of pangong lake on the year of the rat has made CCP mend it's way as recent reports suggest PLA has retreated 2 km back from Galwan valley.
I say all good so far but India need to be vigilant, a wounded and cunning adversary may try something fishy under the guise of peace and may betray us again.
Click to expand...

May I ask for source? Would be nice if there is solid evidence too, instead of the ‘a person in know said’ type of reference.
M

Registered Member
Well seems you forgot to mention it was a retreat on both sides...


Please, Log in or Register to view URLs content!
Further from another piece, seems India is rushing to build an emergency airstrip.


Please, Log in or Register to view URLs content!
And from the article...
“Reports suggest that the Indian side will urge a return to the status quo in all the areas.”

So India is intending to allow China to achieve its objective? Since returning to status quo was the objective...

Staff member
Super Moderator
Registered Member
Ok guys ... thread closed and will be cleaned from all political BS including chest-bumping from both sides.

Therefore in case some still don't get it:

... and next time it will be blody!
You must log in or register to reply here.