Air Chief Marshal Raha, an experienced fighter pilot with over 3,400 hours of flying experience, took off on a trainer for a 30 minute sortie over the Bengaluru skies.”It shows the commitment of the IAF for the aircraft,” says Kota Harinarayana, chief designer and former programme head of the Tejas aircraft. “In the years to come, Tejas will be the backbone of the IAF. They have committed order for 120 aircraft, it is now for the production agency to deliver.”

The test pilots of IAF’s Aircraft and Systems Testing Establishment (ASTE) – the elite school that tests and certifies every aircraft type used by the force, have flown the single-engine supersonic fighter over 3145 sorties, according to the Aeronautical Development Agency.

The aircraft is powered by a GE-404 engine and an advanced version that will see modifications in the structure will have a more powerful GE-414 power plant made by General Electric.Tejas uses fly-by wire technology that enables a pilot to control the plane electronically through on-board computers.

Since the first flight of the LCA’s technology demonstrator in January 2001, Tejas has flown sorties across regions in India, including desert and high altitude in the Himalayas have been without any mishap – a rarity in new aircraft testing globally.

The first squadron of Tejas will be raised at the IAF’s Sulur base in Coimbatore by July. The air force expects to raise six squadrons of the homegrown fighter in a decade. Hindustan Aeronautics Ltd, the public sector plane maker will manufacture the aircraft at its facility in Bengaluru.

“The aircraft has to be inducted. Only then will you actually able to use the platform effectively,” says Harinarayana. Air Chief Marshal Raha’s sortie on the trainer aircraft also shows the confidence in the force for the aircraft, once dismissed as a dud project of the DRDO.

In 2001, the then IAF chief Air Chief Marshal A Y Tipnis had to be cajoled to be in Bengaluru to witness the first flight of the LCA.
Click to expand...

I want to see the naval version being tested on the Virkamaditya.

THOSE will be sweet pics.

Jeff Head said:
I want to see the naval version being tested on the Virkamaditya.

We'll get right on that Mr. Head!

will have to wait till 2017 for carrier trials

At the end of thirty years of flying from Indian Navy aircraft carriers, the iconic Sea Harrier jump jet will make its ceremonial last flight on Wednesday. Readying to take its place is the naval version of the Tejas Light Combat Aircraft (LCA), which recently completed a successful flight-test campaign in Goa.

While the Sea Harriers operated from the INS Vikrant and INS Viraat, now both retired, the Naval Tejas will operate from the Vikrant’s successor, an indigenous aircraft carrier that is scheduled to be commissioned in 2018.

Commodore (Retired) CD Balaji, chief of the Aeronautical Development Agency (ADA), which oversees the Tejas development programme, told Business Standard that taking off and landing from a 200-metre deck has been fully established. So has “hot-refuelling” --- topping up the aircraft after a sortie with the engine running and the pilot in the cockpit --- which allows a rapid turnaround between sorties.

For the navy, it is vital to ready the Tejas for the INS Vikrant and, subsequently, the next aircraft carrier, INS Vishal. The MiG-29K will be the medium fighter on INS Vikrant, as it already is on INS Vikramaditya. The Tejas is crucial for filling in the light fighter slot.

Balaji reveals a committed navy is funding 40 per cent of the development cost of the Naval Tejas. The MoD has allocated Rs 3,650 crore for the naval programme.

The ADA chief described the flight trials in Goa between March 27 and April 25, in which two Naval Tejas prototypes flew 33 sorties from a Shore Based Test Facility (SBTF) -- a full-scale replica of an aircraft carrier deck. Built on land, the SBTF allows carrier deck take-offs and landings to be validated, without unduly endangering an aircraft carrier, or an aircraft prototype and pilot.

When taking off from an aircraft carrier, a fighter revs up its engine to the maximum, while held back by a “restraining gear system” (RGS). Then, the RGS is disengaged, and the fighter shoots forward, accelerating to take-off speed in just 200 metres of deck. At the end of the deck runway, a “ski-jump” lifts the aircraft upwards, after which it flies on its own power.

In December 2014, the Naval Tejas had taken off from the SBTF ski-jump after rolling 300 metres. Now, the fighter has proven it can take off from just 200 metres, even carrying two R-73 close combat missiles.

“With this campaign, ski-jump launches are no longer a challenge. We will now explore the limits the fighter can be taken to. We will further fine-tune the control law software to take-off with higher payloads,” said Balaji.

In aircraft carrier combat operations at sea, the Naval Tejas must take off with up to 3.5 tonnes of payload--- more fuel for longer range; and more weapons for a lethal punch. For this, the aircraft carrier would steam into the wind, ensuring a “wind-over-deck speed” of up to 20 knots. That would provide added lift to the aircraft, allowing higher payloads.

In aircraft carriers with catapult launchers, as the navy’s next indigenous aircraft carrier, INS Vishal, could be, the catapult allows higher launch speeds and, therefore, higher payloads.

Even more challenging than taking off from a 200-metre carrier deck is to land an aircraft back on the carrier. This requires touching down precisely at the edge of the runway, aligning the approach with the help of an “optical landing system” and a “landing control post”. At landing, an “arresting gear system” --- including wire cables across the deck runway --- latches onto a hook on the fighter’s tail and rapidly decelerates it to a halt.

“In the current campaign, the Tejas did over 60 approaches (without actually touching down) to gather data for fine-tuning the control law software. In the next campaign this month, we will do “touch and go” approaches to validate the software and then graduate to full landings,” explains Balaji.

Finally, the Naval Tejas demonstrated its “fuel jettison” capability --- a safety feature that allows the fighter to quickly jettison on-board fuel if it encounters a problem soon after launch and must quickly return for an emergency landing on the carrier.

“By mid-2017, we will have established on the SBTF that the Naval Tejas can be flown off an actual carrier, and we will then graduate to ship-based testing. We currently have two prototypes in testing, and will build a third by then”, says a satisfied ADA chief.
Click to expand... 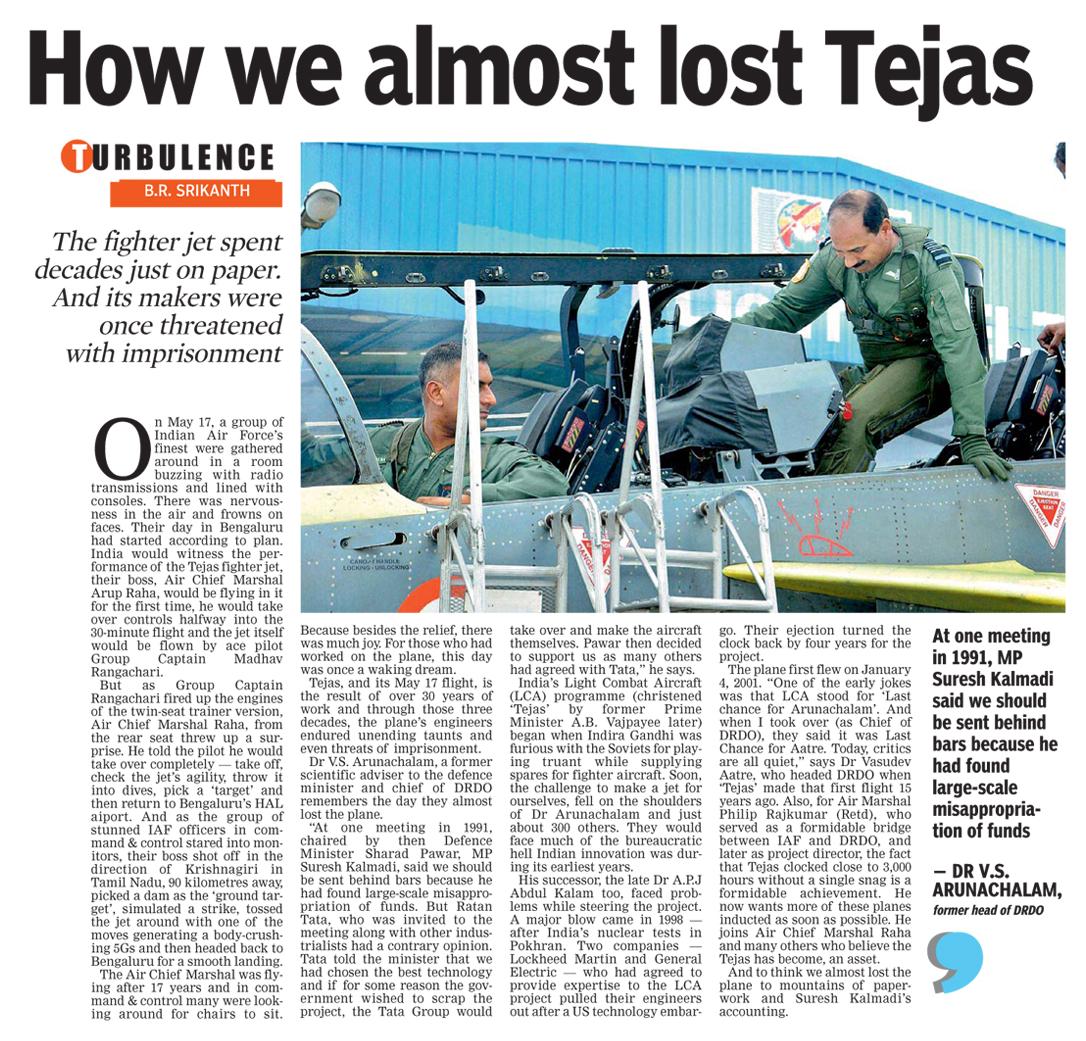 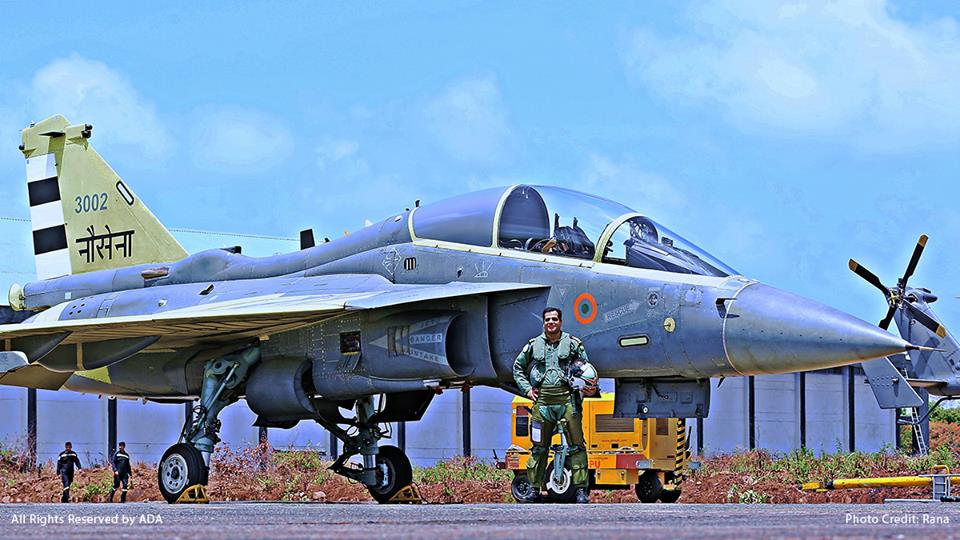 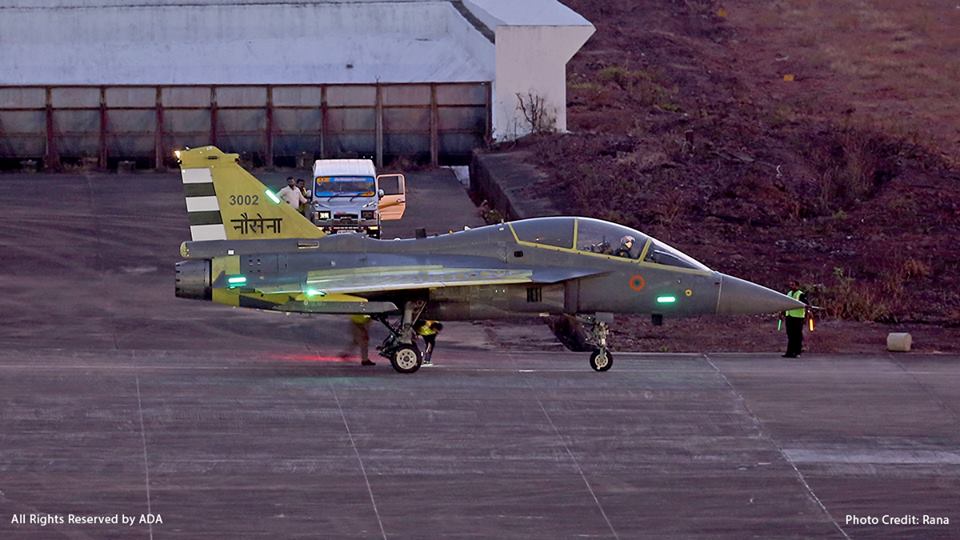 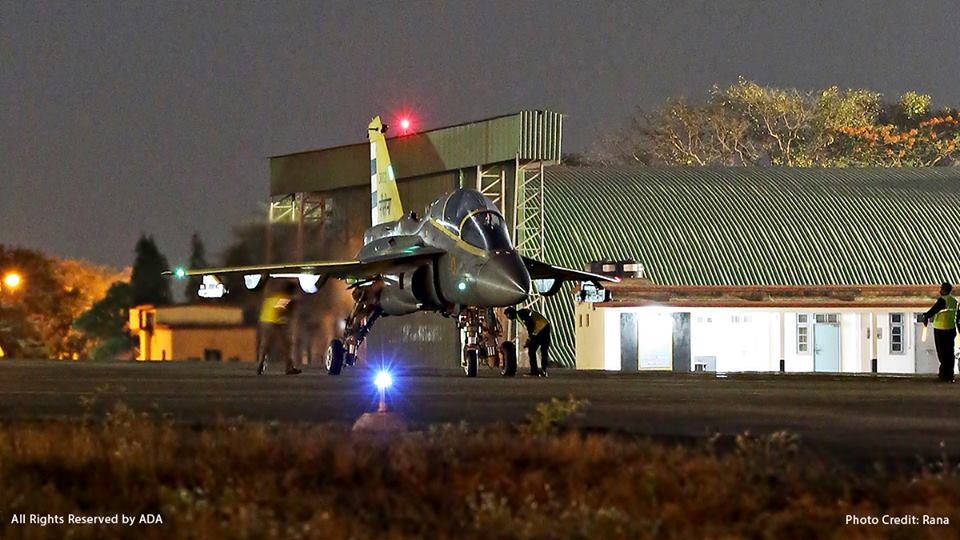 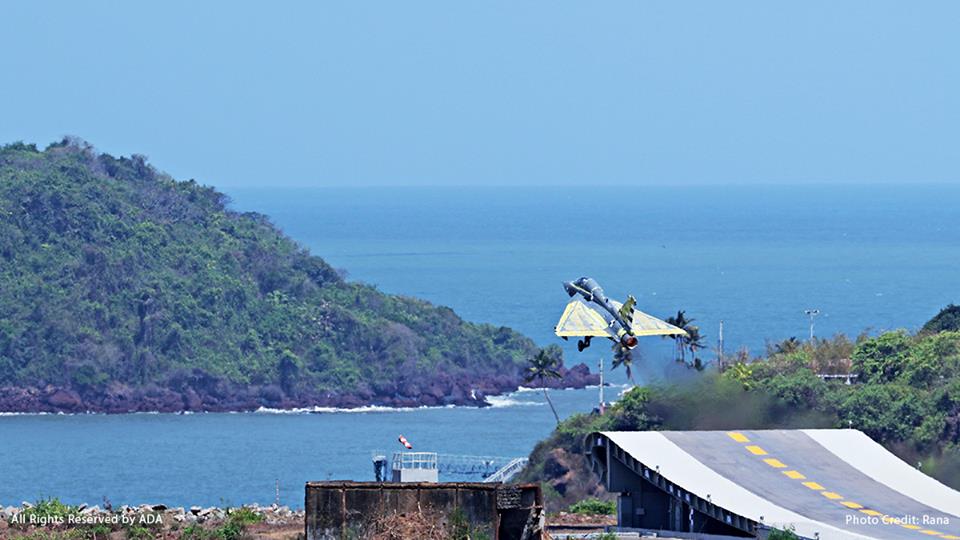 I have a fantasy of one day having NLCA mk.# in the SLAF that can take-off roads similar to Gripens.
You must log in or register to reply here.