Deino said:
Even more ... what is that for an issue on the landing gear ?
Click to expand...

umm , i didn't understand what you meant to say. 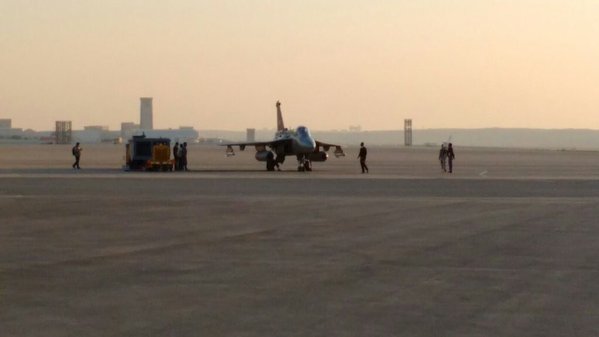 And here's the Tejas crew with their bird after landing at sunset at Sakhir Air Base, Bahrain for BIAS 2016. 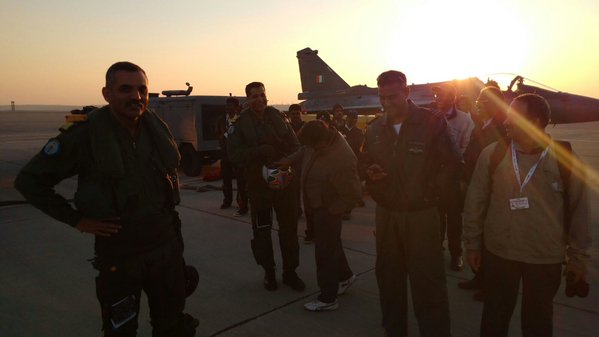 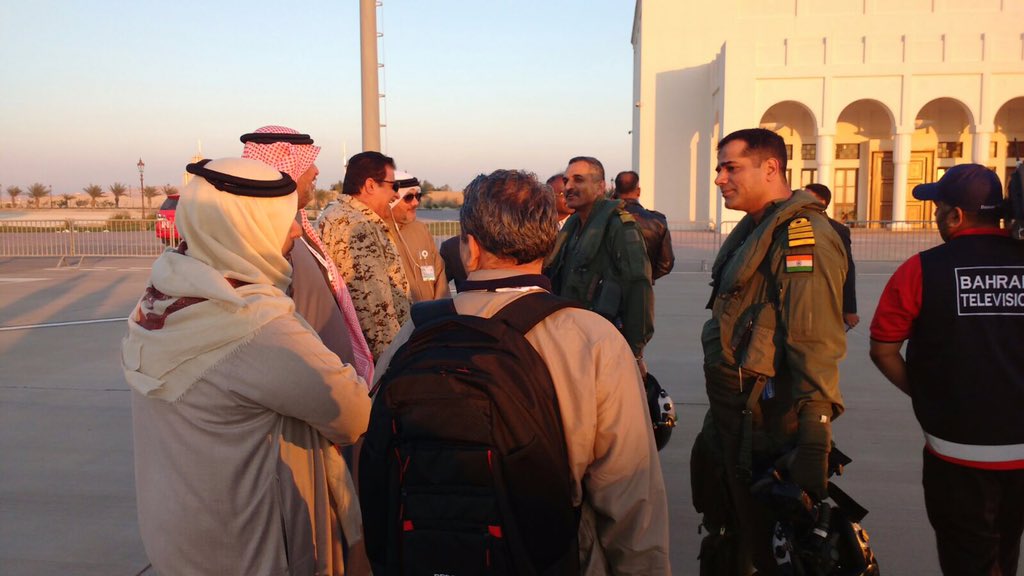 they look like the navy's test pilots ( from the badges). one at least i seem to recognise
one is
Cmde Jaideep Maolankar, a sea harrier pilot, the older one i mean
other Captain Shivnath Dahiya
both navy pilots.
Last edited: Jan 14, 2016

Tejas at Bahrain, Sakhir air base. 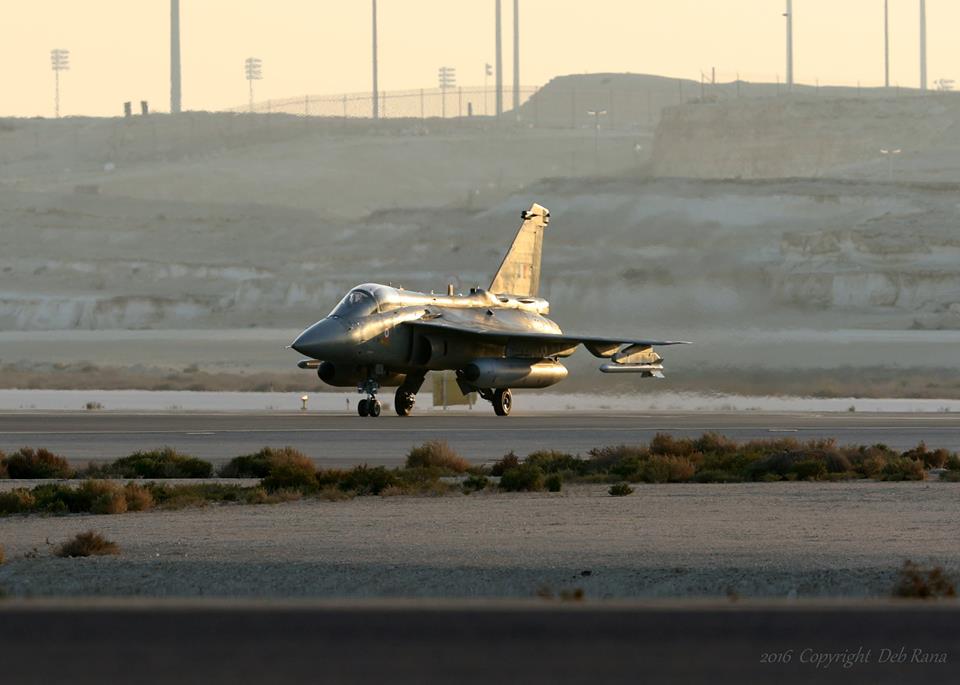 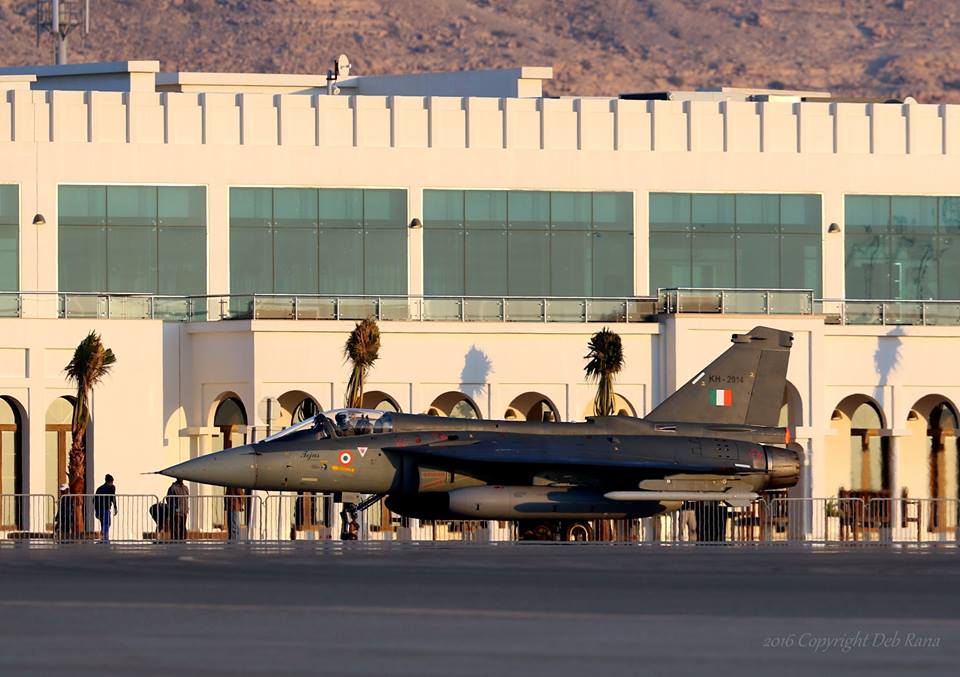 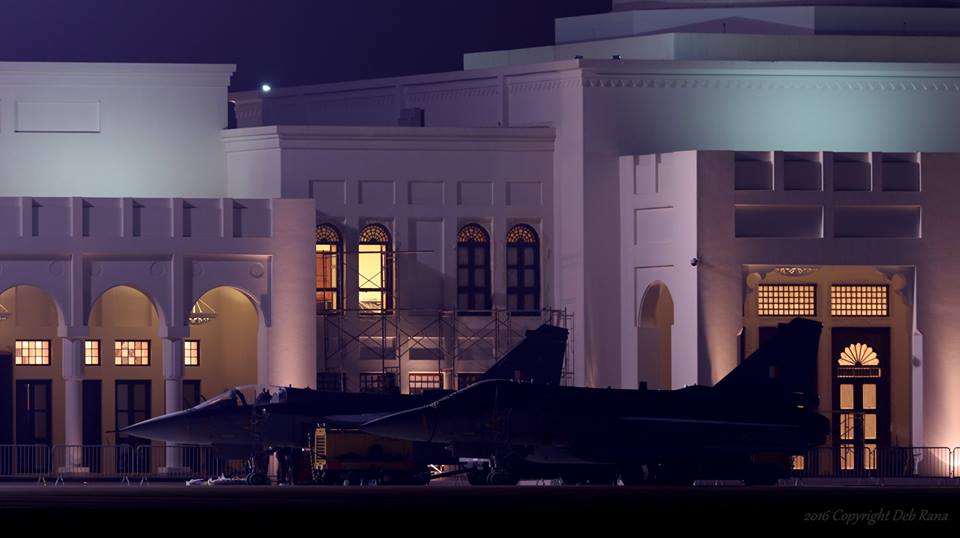 Sorry if I was misleading: My question is simply what kind of problems does the IAF version has with the landing gear ? I know, that the gears of the naval version were too heavy (?) ... but what's the latest problem ?

the landing gear was not going up.
most of us didn't beleive it at first, because the indian media was quototing unnamed officials,
and it seemed unlikely that a landing gear problem would be found out so late in the programme

the question was asked to the LCA Tejas official facebook admin which the admin
this was the reply, which started answering the public's queries directly.

Geetesh Bhave- is it true that there are issues with the landing gear..there were some news reports about this..(dint believe the reports..)
Click to expand...

Please, Log in or Register to view URLs content!
Please understand that any design bound to have problems and remains to be seen how do we solve it. All the aircraft programs all over the world have undergone this process. Yes, there were problems and got sorted out too. Please be assured that the correct picture can be seen only when it is seen and understood from close quartet. Reports are always exaggerated or according to the convince to the reporting agency
Click to expand...

whatever the glitch was it got solved in december,
the 8G got pulled after this.

Lsp4 and lsp7 are heading for bahrain and on the return leg, lsp7 will fire bvr. Cobham radome ground testing is on. Flight test will commence soon. BVR firing is without this.
Click to expand...

Thought is on to modify the OB pylon to carry both the spj and the missiles. Another thought is to utilize the wing tips for spj. Nothing concrete as of now.
Click to expand... 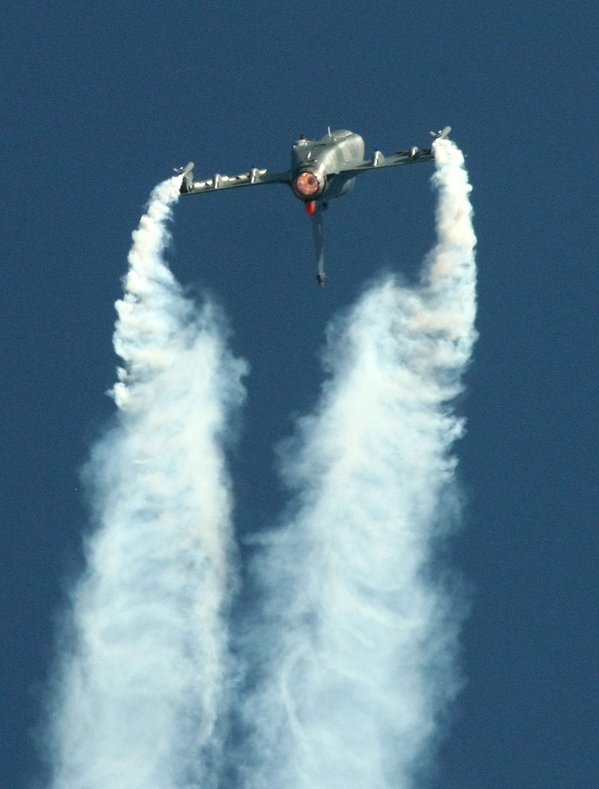 The Bahrain International Air Show (BIAS-2016) will begin from January 21-23 at the Sakhir Airbase.
"We were the first to land here and even the Sarang team from the Indian Air Force too had arrived early. We are ensuring that everything is in place as the show nears. The telemetry links have gone live," says an official, who is part of the Indian team.

On Saturday, LSP-4 and LSP-7 had their first practice sorties at Bahrain. "These are flights to check the profiles for the show. Very similar to what we undergo during Aero India in Bengaluru," says the official. An advanced team of ground support crew from Aeronautical Development Agency and Hindustan Aeronautics Ltd are already in Bahrain.
Click to expand...

Staff member
Super Moderator
Registered Member
Just something completely different, but if I'm not completely wrong, then there have been some reports some time ago, that the LCA "Tejas" would gain a HF-designation similar to the Marut and others ... do You know anything about that ?

Just something completely different, but if I'm not completely wrong, then there have been some reports some time ago, that the LCA "Tejas" would gain a HF-designation similar to the Marut and others ... do You know anything about that ?
Click to expand...

HAL wanted to give the HF Designation to the Tejas.

HF means Hindustani Fighter.
a designation given to HAL products

but the DRDO protested, because the Tejas was their design, and electronics and composites were developed by DRDO labs.

a new designation is possible in the future but it almost certainly won't be HF. 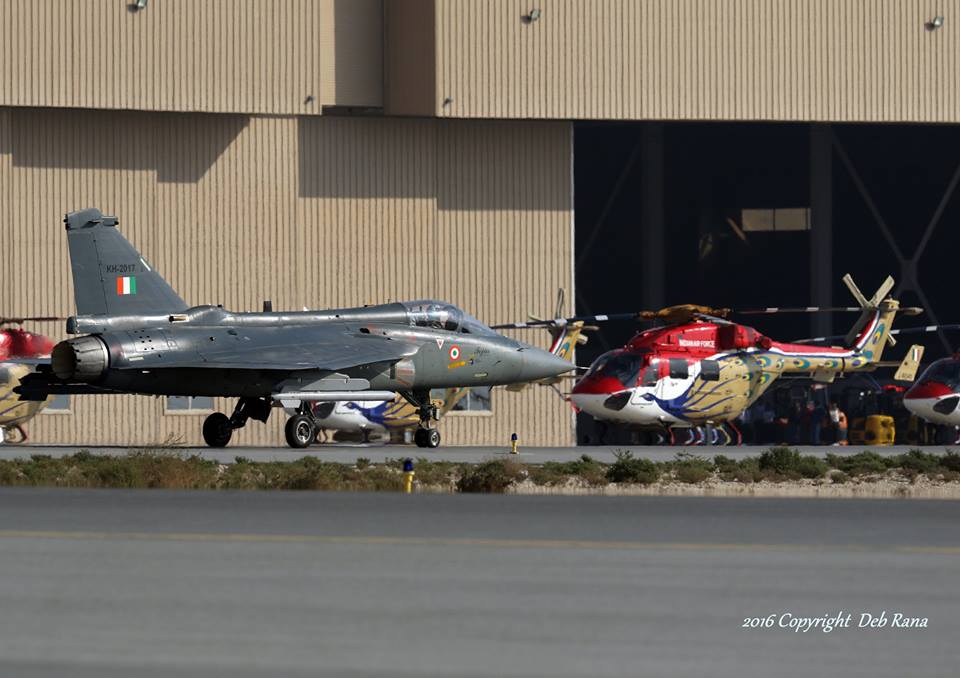 Setting up for a high speed pass.. 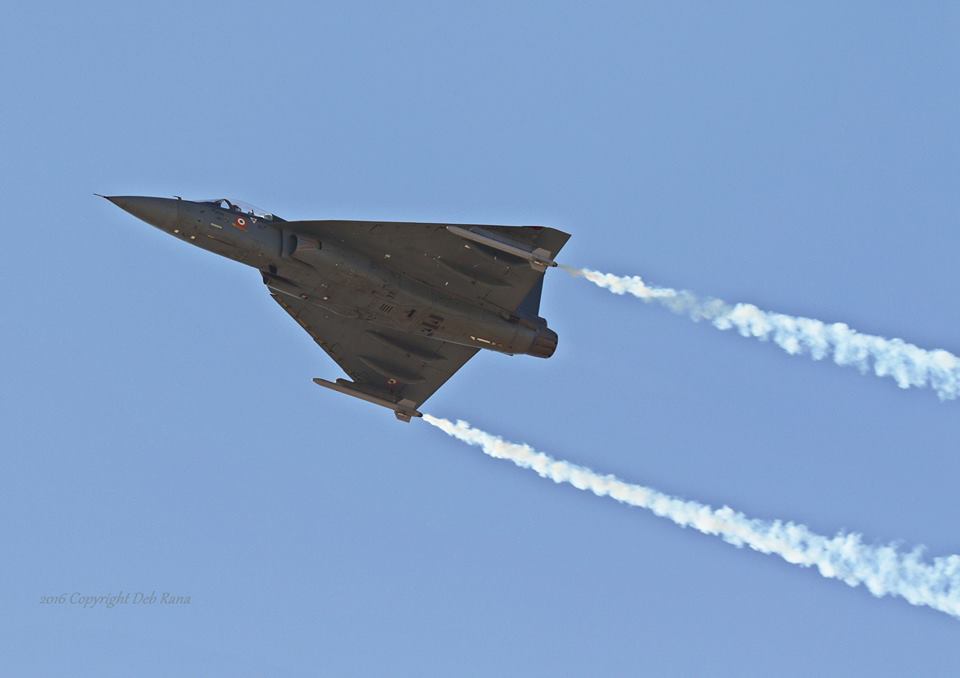 The smokewinders to their full potential - indicating the flight path slope and with fair amount of condensation on top of the wing.. 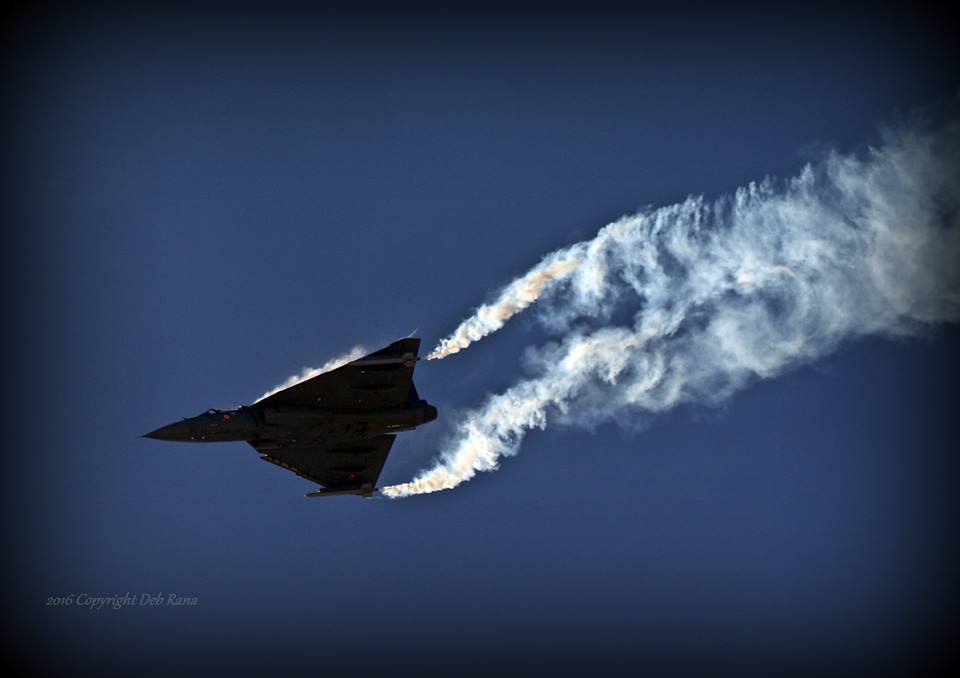 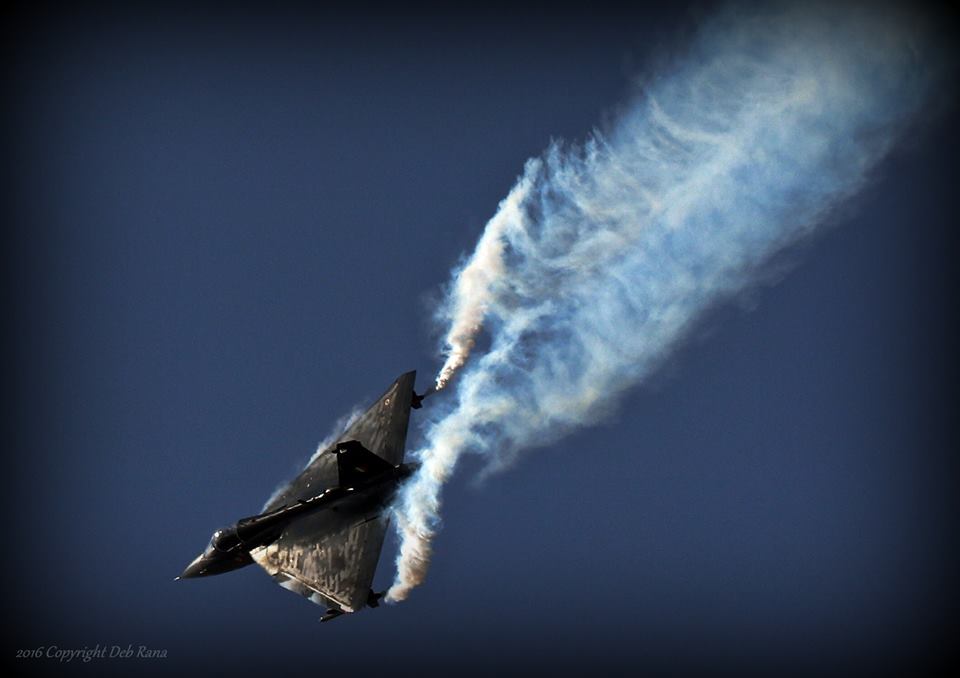 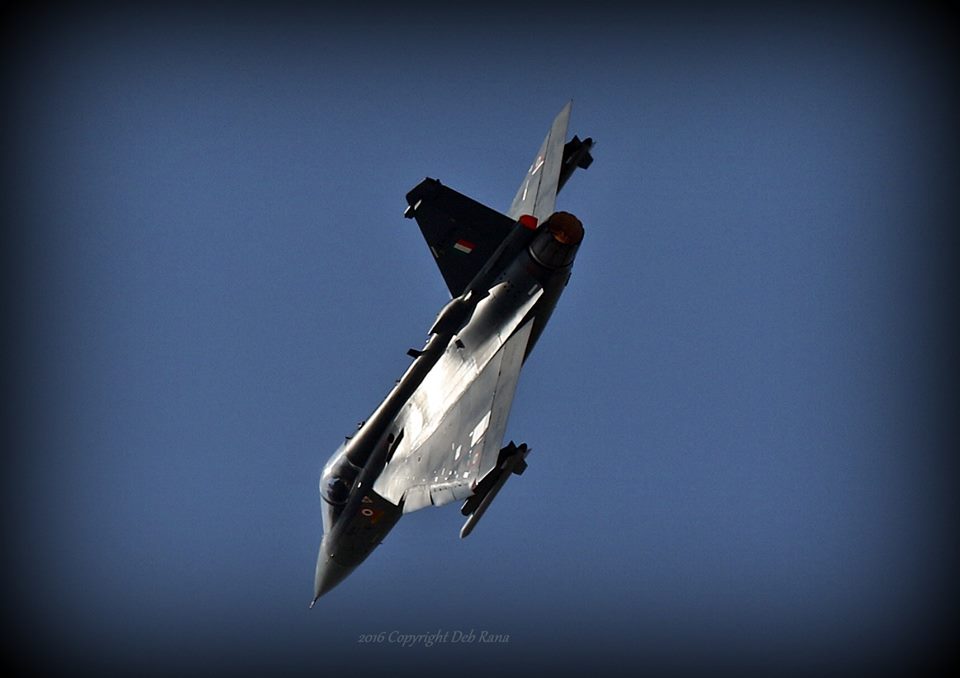 Taxing past the royal lounge.. 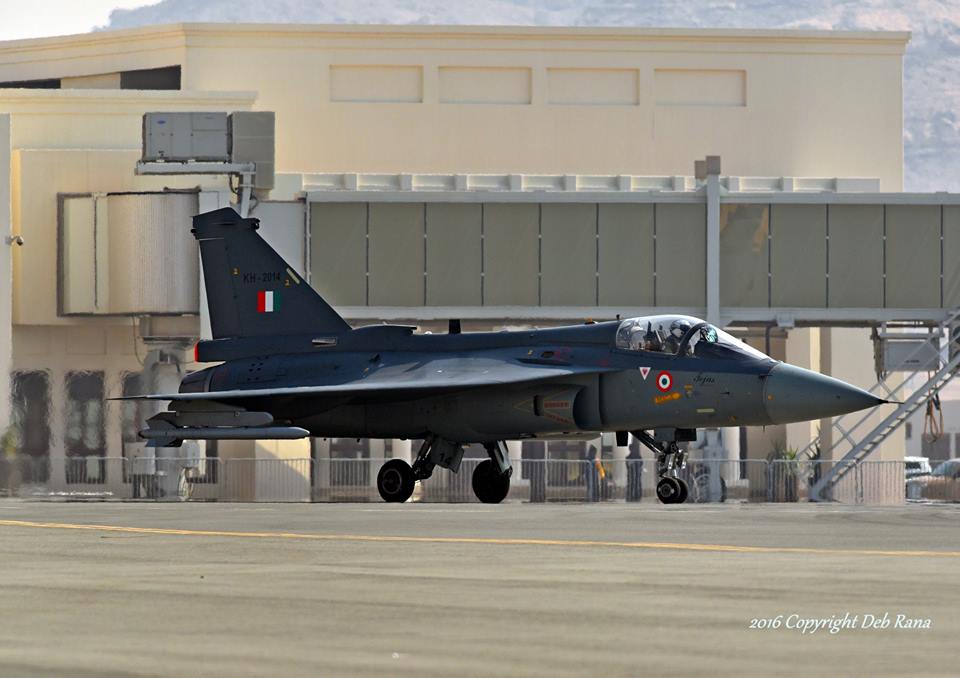 Setting up for the square loop.. 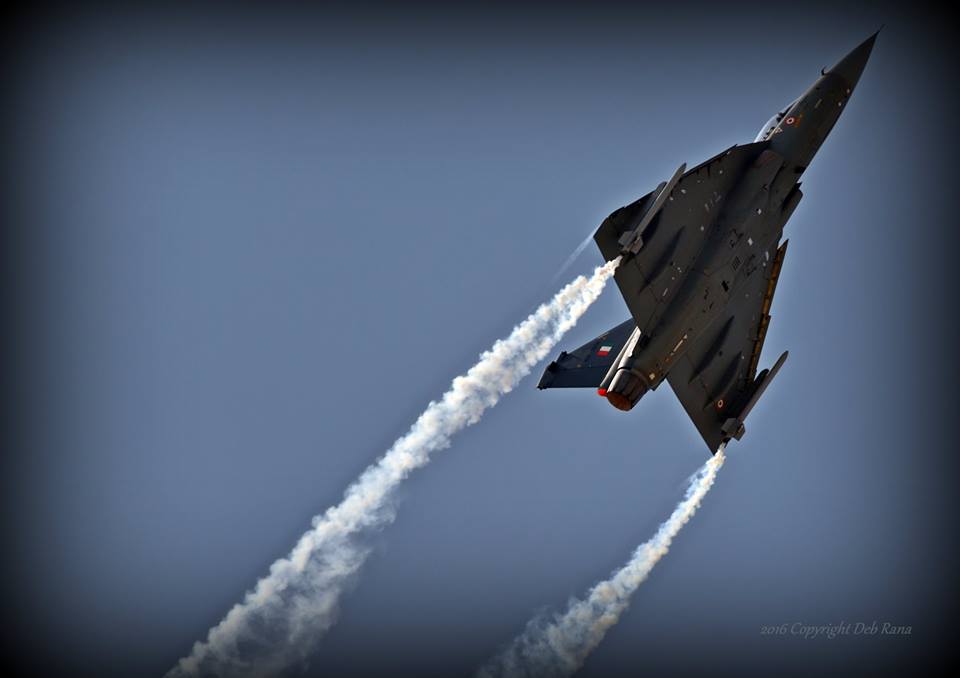 Top of the square loop 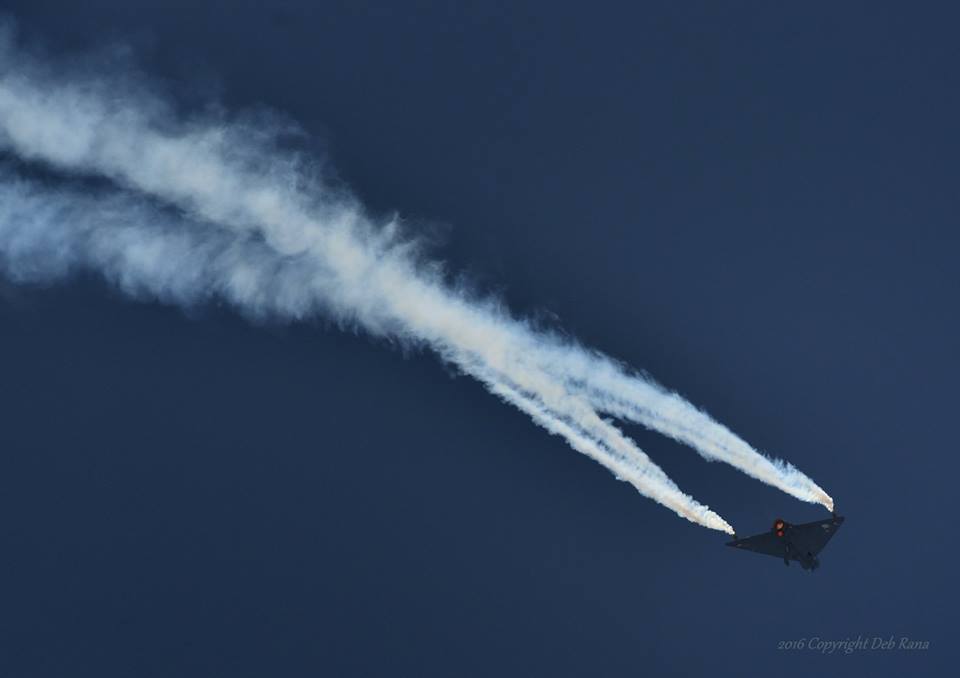 Recovering from a vertical loop 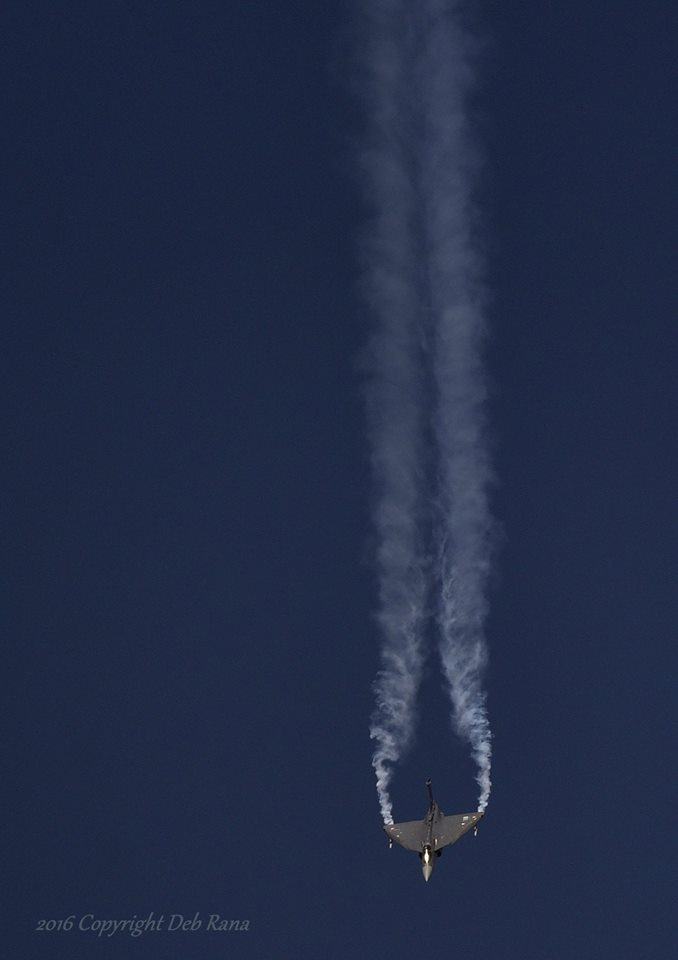 Pulling away after a high g turn 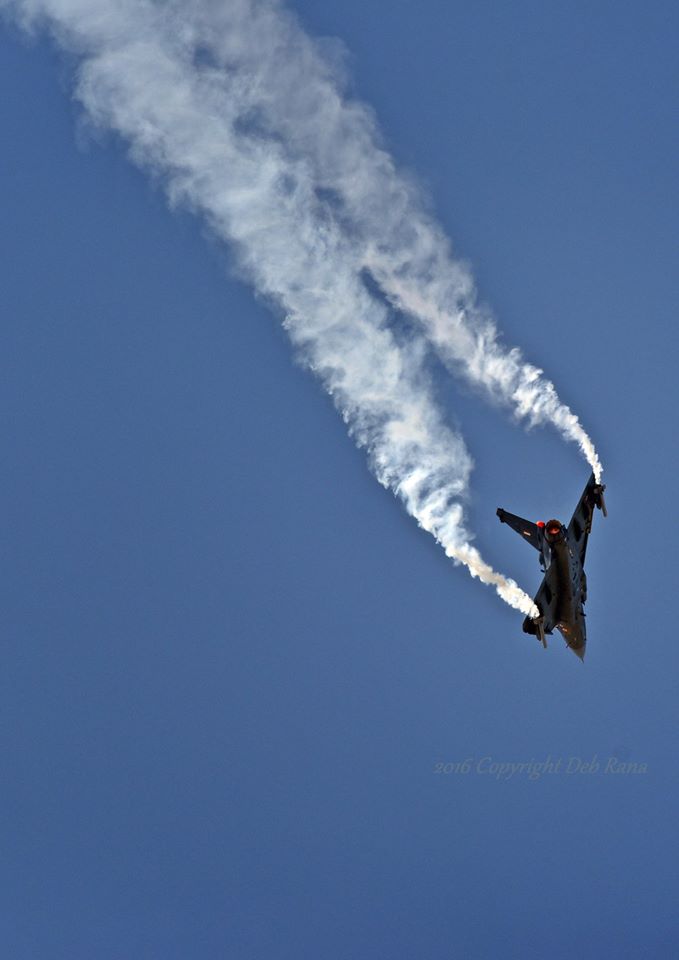 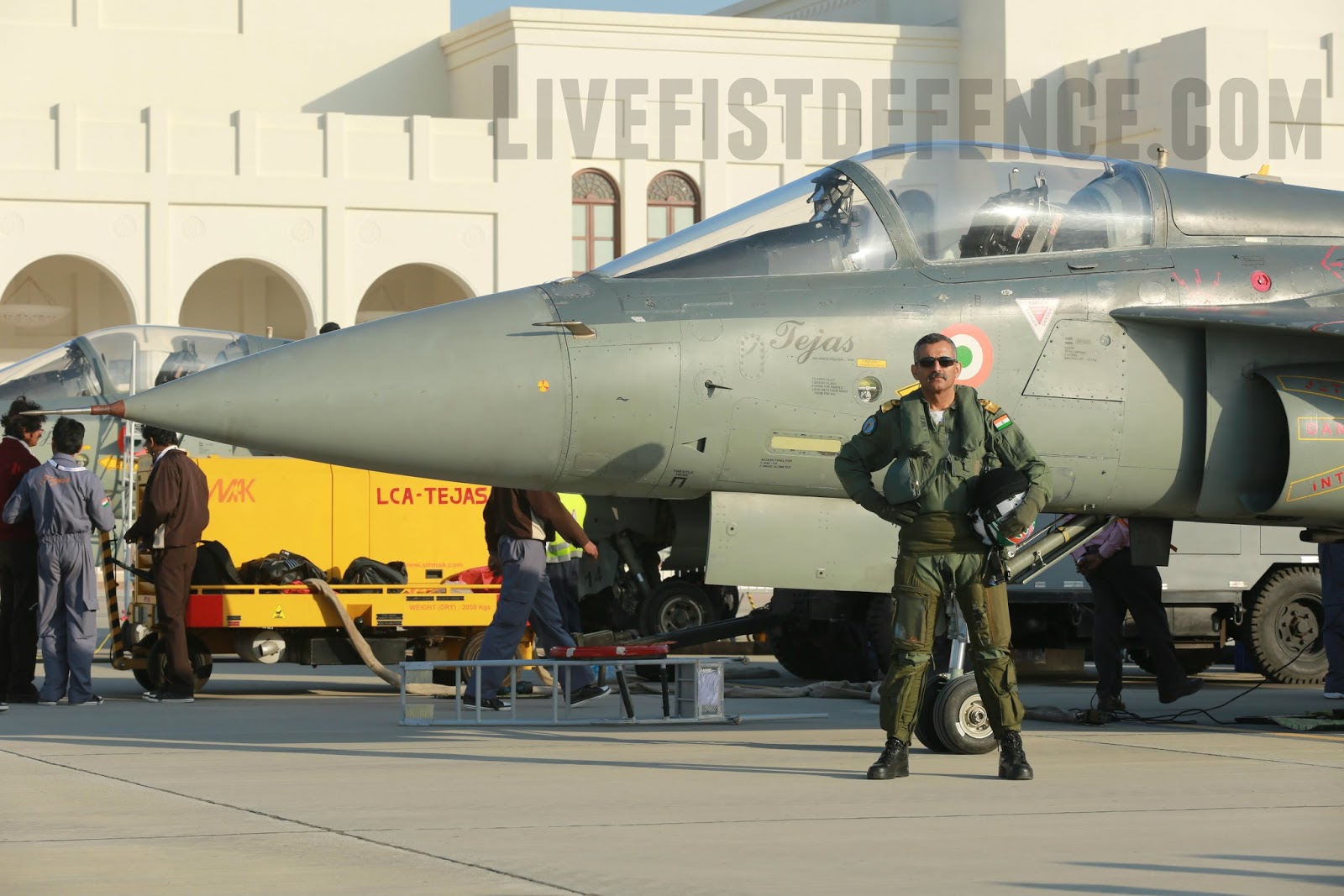 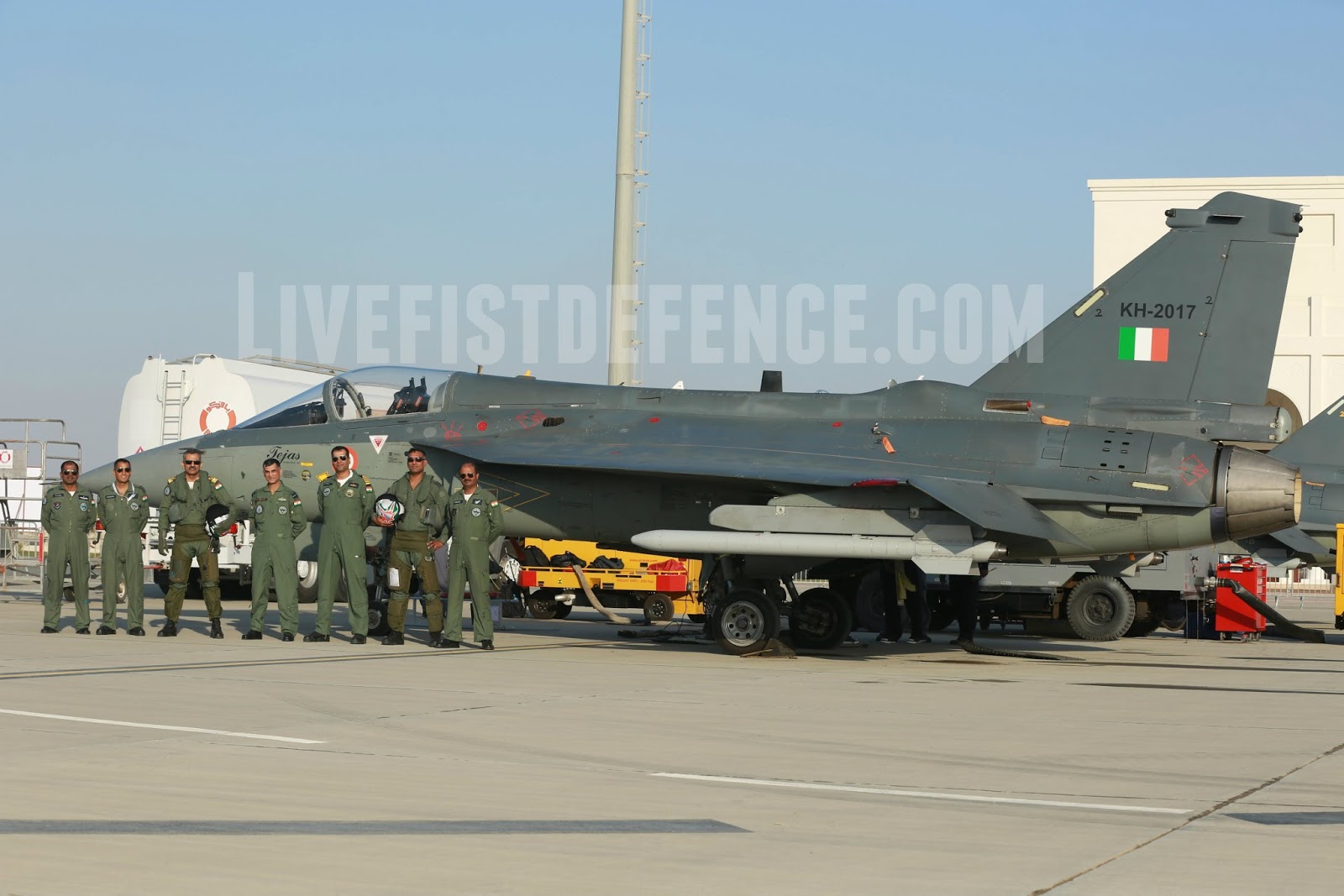