jimmyjames30x30 said:
Again you're nitpicking what I said and putting them out of context. What I said was consistent with what I said before: if China has the equal number of super carriers as what the USN assign and deployed to the Indo-Pacific region, it would be enough to deter any ASEAN countries from trying to ally with the US to try to antagonize China. Does China has the same number of super carrier now as USN in the Indo-Pacific region? NO. So your counter argument is meaningless.
Click to expand...

If ASEAN were the only issue, that would be valid.

But ask yourself this, how large a blue-water Navy would be required to deter Australia or Japan from allowing US military bases to be used offensively against the Chinese mainland?

China matching only the US Navy forces deployed in the Indo-Pacific is not enough.

The Chinese Navy would need to demonstrate that it can *easily* obtain sea control in the waters of the deep Pacific, which requires the Chinese Navy to have a significant margin of superiority over the entire US blue-water fleet.

Yes, it will take time for China to develop mature carrier platforms and build up a fleet.

But if relations are still bad after 2030, it should be feasible for China to fund the construction of 8 large carrier strike groups in a decade, from Dalian shipyard and Jiangnan shipyard. Afterwards, the construction rate can drop down to a more sustainable level.
Last edited: Sep 1, 2020
S

Registered Member
As an academic exercise, I looked at the operational surface fleet – Frigates and above – of the Soviet Navy at its peak. While subjective I selected January 1991 for having the greatest number of modern, large surface ships. I then looked at the U.S. Navy at around the same time. I could only find one source – of unknown accuracy – for the end of 1990. So reasonably close. I then looked at the U.S. Navy today, and what the PLAN might be c.2023. Figures – which may be out by a small margin - as follows:

VIP Professional
That argument, that US will always have to keep a big part of its forces around the world while fighting a big war against some country, is flawed. Yes, SOME of the forces will have to stay around. But it won't be nearly 40% or 50%. More likely US military will redistribute and redeploy itself as much as possible. With maybe 10 to 20% of its Air force and Navy being tied to other missions. Leaving 80 to 90% of the entire military to be deployed in the war that needs it the most. (those percentages do not include possible down time for various platforms, as those apply to anyone, including the enemy)

Not a fan of aggregating tonnage across types like that. The cost and capability profiles of surface combatants and amphibs are rather different, let alone assets like SSNs. That said, I'm surprised that the aggregate numbers are actually in favour of China, which has obviously been pumping out a lot of surface combatants recently, but still lags USN in most other construction areas. Also, 2015-2019 is too short a period to really be useful.

And then there's mine... 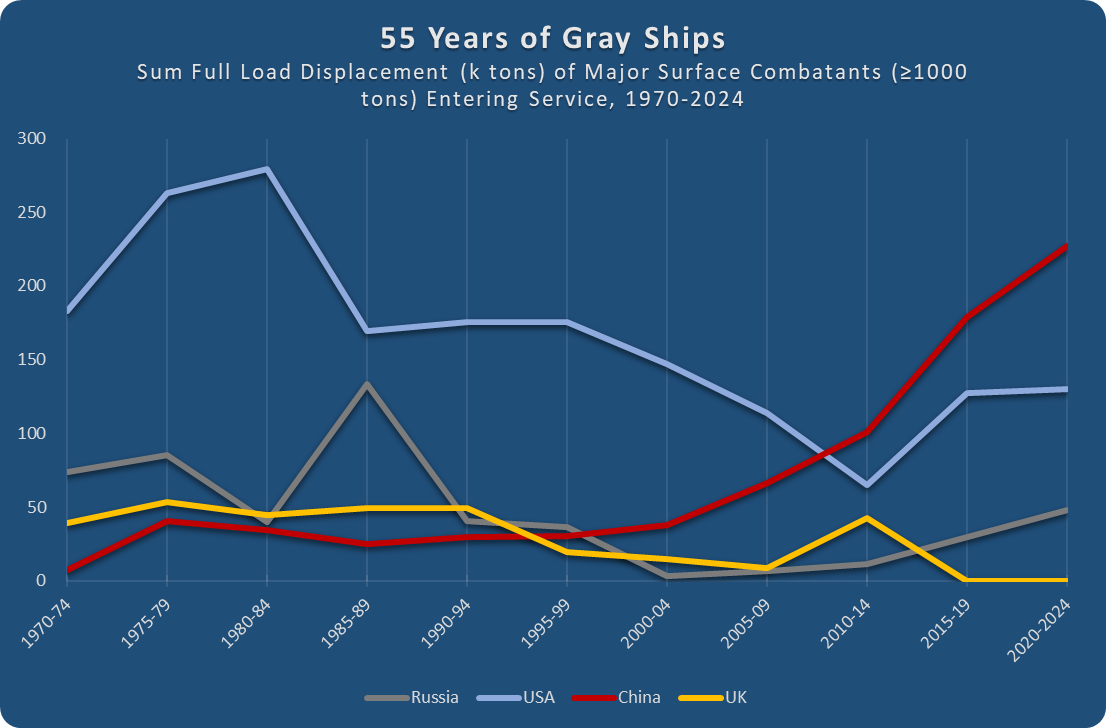 Iron Man said:
Actually, I'm questioning his qualifications vs that of the almost certain several dozen (hundreds?) of PhDs who deliberately choose NOT to use PPP over MER. As in, they considered using PPP over MER, weighed the pros and cons, and chose MER in the end. Then they laid out their reasons for the whole world, which I posted for you. I would venture to say that RAND, Jane's, CIA, DIA, etc. would all concur with what SIPRI laid out.
Click to expand...

And the CIA factbook has now switched to PPP as the best measure of economic output for each country.


Tam said:
GDP by PPP is a better metric for measuring the size of an economy.