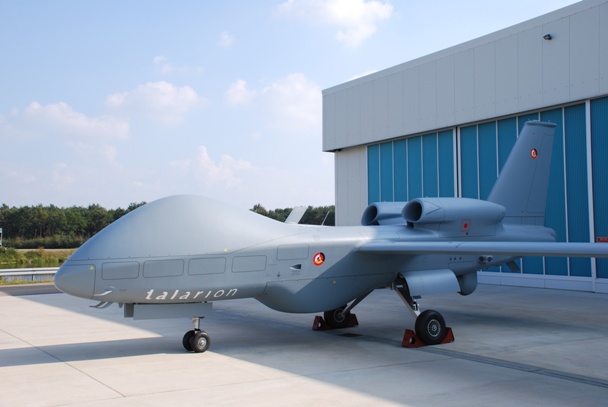 (Defensa.com) France, Germany and Italy have signed a Declaration of Intent (DoI) for the definition study of a unmanned aerial vehicle (UAV) Medium Altitude Long Endurance European (Medium Altitude Long Endurance or MALE). The three countries signed the document sets up a definition study two years to develop a European capability in the area of unmanned aircraft systems for surveillance missions, reconnaissance and intelligence (ISR) yesterday.

The definition phase of the call MALE 2020 will serve to unite the customer requirements and reduce technical and financial risks of the program. If everything progresses as expected, following this period, it was decided to develop and acquire this system by the three countries.

Major European countries have for years claiming a European capability in areas how are you own instead of buying Israeli or American systems origin to consider this as a strategic capability. This sovereign solution would both surveillance and reconnaissance missions of a military nature to civil security applications.

The decision has been welcomed by the three companies that participate in this program: Airbus Defence and Space by Germany, Dassault Aviation by France and by Italy's Finmeccanica. These companies agreed in May last year to make a proposal for the definition of 24 months after which there will be the stage of development and ultimately delivery to begin in 2020.

Spain, for the moment, apart

In March, the Spanish Ministry of Defense presented the Director Plan RPAs in which he presented his intentions in this area, act in which he predicted that Spain would stay out, at least initially, of this program. This week it was announced the joint development of a Class III RPAS by Germany, France and Italy, which have already positioned the Airbus Defence and Space company, Dassault Aviation and Alenia Aermacchi representing each of these countries and now is formally launched. It is planned that an agreement between the three countries in the Paris Air Show to be held in June is signed.

The Spanish Ministry of Defense is studying the adoption of an interim or transitional to meet your needs of a MALE or Class III RPAS solution. This would cover the current shortcomings and would define the requirements for Spanish participation in a European program that does not materialize before 2025. The European program should be Spanish industrial participation as soon as possible, preferably in the feasibility stage.

In the Spanish Ministry of Defense there is a program office for strategic MALE and HALE has already launched the RFI (Request For Information) and a feasibility study. The main candidates are the Predator / Reaper US General Atomics (associated in Spain with Sener and Hero of Israel Aerospace Industries, evaluated by the Civil Guard in Spain. 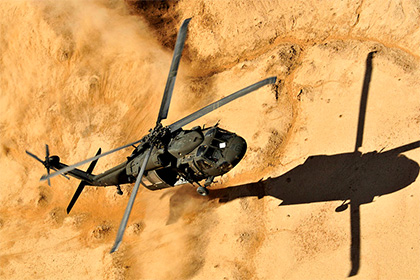 Can anyone verify that this is true?

So will Eastern Europe countries use M16 and M4 instead of AK ? The world is so different from 30 years ago.

During the course of a visit by the French Navy to Shanghai between May 9-15, France may try to sell its Mistral-class amphibious assault ship to China, according to Duowei News, an overseas new outlet run by overseas Chinese.

Russia signed a contract with France to purchase two Mistral-class amphibious assault ships but the deal was scuttled due to sanctions imposed over the Ukraine crisis, even though construction of both vessels — named the Vladivostok and, fittingly if ironically, Sevastopol — had been completed.

The French Navy is unlikely to commission the two new ships and one option choice would be to try to sell them to other potential buyers including Brazil, Canada, China, Egypt or India. Even though China already has plans to develop its own amphibious assault ship, the country may still purchase the Vladivostok and Sevastopol as models to copy.

kwaigonegin said:
Singapore and Sweden are experts in using their public highways for military contigencies and purposes.
Click to expand...

I found it on the Facebook Profile of the Italian Navy, and since my Italian is really poor I asked them what it is (my main problem was I didn't understand the acronym "PPA" ... the caption says something like

PPA will feature different configurations; the pictures shows the most equipped version: the arrows point to some of the installed systems
Click to expand...

) and today (after two months they responded!
PPA stands for pattugliatore polivalente d'altura (google translation is reasonable: multipurpose offshore patrol vessel); displacement 5000 tons; currently seven is being built, the plan is to have 16

does anybody have info in English?

Jura said:
here's my catch
=
I found it on the Facebook Profile of the Italian Navy, and since my Italian is really poor I asked them what it is (my main problem was I didn't understand the acronym "PPA" ... the caption says something like ) and today (after two months they responded!

PPA stands for pattugliatore polivalente d'altura (google translation is reasonable: multipurpose offshore patrol vessel); displacement 5000 tons; currently seven is being built, the plan is to have 16

does anybody have info in English?
Click to expand...

See the discussion on this thread starting:

...and continuing thereafter for several posts. It is quite detailed.

Jeff Head said:
See the discussion on this thread starting:

...and continuing thereafter for several posts. It is quite detailed.
Click to expand...

heck, how could I ... I normally do a google search before posting ... but I think it was just google.it on this occasion, and then I thought I had a catch LOL!
thanks!

Big news? UK, US, and Germany should come together and combine their best characteristics of their tanks into one super tank? /Dream

Please, Log in or Register to view URLs content!
Germany and France are considering cooperation on developing a successor to the tank “Leopard 2.” The current model has been in service since 1979, and aging Bundeswehr equipment is currently in stark focus.

The German Defense Ministry announced its plans for the “Leo 3″ (as it’s likely to be nicknamed in Germany) in a report on Friday to the Bundestag, which was obtained by multiple media outlets.

“Technologies and concepts will be investigated between 2015 and 2018 in joint studies also involving German industry,” Markus Grübel, a deputy minister in the German Defense Ministry told his parliamentary colleagues. He cited the Leopard 2’s long years of service as the reason that a new battle tank was required.

The Leopard 2’s 50-year service life is set to expire in 2030. The tank, which came into service in 1979, was conceived as part of a plan for Cold War-era land defense. Germany commissioned more than 2,000 of them at the peak of the arms race of the early 1980s. Currently, however, only about 240 are in active service; but last month, citing the security situation in Ukraine, Defense Minister Ursula von der Leyen annnounced plans to reactivate 100 mothballed Leopard 2 tanks. In November of last year, von der Leyen also announced a move to add more than 100 additional “Boxer” armored personnel carriers to the Bundeswehr’s ranks.

The Defense Ministry is in the process of drawing up a new “white paper” listing Germany’s security policies and goals for the present day.

The manufacturer of the current Leopard 2, Krauss-Maffei Wegmann, is scheduled to fuse with French firm Nexter Systems in the course of this year. This has prompted media reports in Germany saying that the new Franco-German firm, with more than 6,000 staff and a combined turnover of around 2 billion euros ($2.2 billion), could be a strong candidate to win the contract to develop a new battle tank for the German Bundeswehr.

The plans come at a difficult time for the German military, especially where hardware is concerned. New parliamentary ombudsman to the Bundeswehr, Hans-Peter Bartels, called on parliament in his inauguration on Thursday not to scrimp on military spending, saying German troops needed “100 percent” of the required gear, not “70 percent.”

His predecessor, Hellmut Königshaus, told DW this week that his job had often been difficult, and that Bundeswehr reform is very much a work-in-progress. In January, Könighsaus also pointed out that some barracks were “dilapidated,” but it is its weaponry that has dominated the headlines in 2015.

Even the Bundeswehr’s standard-issue assault rifle, the G36, has come under fire for losing accuracy as the weapon heats up. Meanwhile, Airbus’ new military transport plane, the A400M, suffered a crash this month and is being thoroughly scrutinized. Its Transall predecessor is therefore expected to stay in the skies longer than planned.

Other problems have hit Bundeswehr helicopters operating in anti-piracy missions off the Horn of Africa, and more generally, Germany is under pressure from NATO to meet the bloc’s defense spending targets. However, very few alliance members spend the recommended 2 percent of total economic output on their armed forces.

The government in Berlin is also seeking to reinvent Germany’s international approach to military affairs, gradually moving away from the overwhelmingly pacifist stance adopted in the immediate aftermath of the Second World War. Critics at home argue however, the government should concentrate on solving the Bundeswehr’s equipment problems, before adopting a more active international military footing.

Unlikely, Bernard but you might get a few nations to team and licence tech or merge ideas. The Best of latest Leopard 2 with the Laclairc?
You must log in or register to reply here.