After more than a decade of limited investment in land warfare platforms across Europe, there is an increasing focus on upgrading and augmenting such capabilities. Jon Hawkes investigates
While asymmetric operations in the Middle East have taken centre stage for a decade, causing a lack of spending by European governments on land capabilities, land warfare platforms are once again coming to the fore. Developments in Eastern Europe and Southeast Asia have reaffirmed the importance of heavy armour, while many users are seeking to bolster their fleets and update ageing systems to maintain capability into the next decade.

Finaly a stealth fighter with a little imagination

Registered Member
Now Germany have 4 A-310MRTT and NL 2 KC-10 replaced by 7 A-330MRTT, 5 new in this deal, main increase for Norway which don't have Tankers.

Germany and Norway signed a Memorandum of Understanding in Brussels to acquire A330MRTTs and join the MMF (Multinational Multi-Role Tanker Transport Fleet) program.

Progressively the MMF (Multinational Multi-Role Tanker Transport Fleet) is taking shape. This program, launched in 2012 by the European Defense Agency, aims to set up a common fleet of Airbus A330MRTT in-flight refuellers. OCCAR is in charge of the acquisition phase of the devices. The NATO Support and Procurement Agency (NSPA) will be responsible for supporting fleet aircraft.

Germany and Norway have decided to join the Netherlands and Luxembourg in this project. The four states pledge to finance the acquisition and support of the A330MRTTs that will be managed in a pool by NATO. Costs and personnel will be allocated according to the number of flight hours required by each country. The investment budget will range from € 250 million to € 1 billion.

On the other hand, the states included in the program will have exclusive access to the use of the devices. Two aircraft have already been ordered and are expected to be delivered by 2020. Five additional A330MRTTs will soon be ordered with an option for four additional refuelers.
The A330 MRTT is a militarized version of the commercial Airbus A330. The aircraft is equipped for soft and rigid flight refueling. It can also be used for the transport of personnel and equipment or medical evacuations.

France and the United Kingdom have also chosen the A330MRTT. This aircraft is already operational within the Royal Air Force (14 aircraft) and the Air Force is scheduled to receive a first copy in 2018 (9 ordered and 12 planned in total). These two nations, however, did not choose to be part of the MMF. Are there ways of cooperation that can be found?

Cold War allies U.K., Norway and U.S. agreed on Thursday to more closely tie operations of the trio’s sub-hunting aircraft together and set the stage for joint efforts to hunt Russian submarines in the North Atlantic.

The Thursday agreement is a “statement of intent to lay out guiding principles for a trilateral partnership with P-8A aircraft to address the changing security environment in the North Atlantic,” read the announcement.
“As the United States, the United Kingdom, and Norway continue to work to advance trilateral maritime security cooperation, this agreement establishes a framework for further cooperation in areas such as readiness, enhancing defense capability, and interoperability.”

The Boeing-built P-8A Poseidon is set to replace the U.S. Navy’s fleet of Lockheed Martin P-3C Orion maritime patrol and ASW aircraft with a platform with upgraded sensors and capabilities that can better detect sub-surface contacts than legacy ASW aircraft.

A defense official told USNI News on Thursday that the agreement was a foundation for several different possibilities like “coordination of operations in the North Atlantic and other regions as necessary, exchange of information, and exploring opportunities to co-locate maintenance and training assets.”

Those agreements could lead to more basing agreements like the one the U.S. and U.K. signed earlier this year to base U.S. Navy P-8As in Scotland.

While the Pentagon language does not explicitly say Russian forces are the focus of the agreement, Navy leaders have been clear that Russia has been more aggressive on and under the sea since Moscow seized the Crimean region of Ukraine in 2014 and relations with the West deteriorated.

“Not only have Russia’s actions and capabilities increased in alarming and confrontational ways, its national-security policy is aimed at challenging the United States and its NATO allies and partners,”
Please, Log in or Register to view URLs content!
.

Two naval analysts told USNI News on Thursday its clear that recent Russian submarine activity is driving the trio to work more closely together in the ASW realm.

“This planned agreement reflects the increased need for regular maritime patrols to monitor Russian submarine operations and deployments past the G-I-U.K. [Greenland-Iceland-U.K.] gap and coming out of the Baltic Sea,” said Bryan Clark, a naval analyst with the Center for Strategic and Budgetary Assessments.
“With Norway and the UK both buying P-8As, the agreement should enable the three countries to share airfields, maintenance facilities, and equipment in the UK, Norway, and Iceland (which is a U.S.-leased facility). This is important to ensure NATO P-8As can cover the whole set of chokepoints from Greenland to Denmark that Russian submarines would need to pass through.”

Eric Wertheim — author of the U.S. Naval Institute’s Guide to Combat Fleets – told USNI News said that since the Cold War the allied skill in anti-submarine warfare has waned and the resurgence of amore aggressive Russian Navy is prompting the move.

“The geography of these three NATO members now dictates that they will once again be at the forefront of NATO activities responding to Russia’s resurgence and the ongoing Russian attempts to intimidate it’s neighbors,” he said.

“One of the ways that the U.S., U.K., and Norway are attempting to rebuild their capabilities and address these renewed threats is through the acquisition of advanced multi-role maritime patrol assets like the P-8A.”

At least from the start, the U.S. and the U.K. may bare more of the burden of sharing the ASW data, Clark said.

“Norway won’t get their own P-8As until 2022, so the agreement could allow U.S. P-8As to operate out of Norway until then,” he said.
“The U.S. Navy may also bring Norwegian crewmembers out on U.S. P-8As to begin training them in advance of getting their own aircraft.”

The new agreement follows
Please, Log in or Register to view URLs content!
. The agreement focused on more cooperation between the three navies in the realm of anti-submarine warfare and carrier operations.
Click to expand...

source is USNI News
Please, Log in or Register to view URLs content!
and contains this interesting map inside:

At a ceremony in Brussels, Defence Ministers from France, Germany, Greece, Italy, Spain and Turkey signed a Letter of Intent on “Cooperation on Multinational Maritime Multi Mission Aircraft Capabilities.” This cooperation could lead to the joint acquisition or development of new aircraft.

“The decision to work together demonstrates both foresight and the willingness to invest in the critical capabilities that the Alliance needs” said NATO Deputy Secretary General Rose Gottemoeller, in the margins of a meeting of NATO’s 29 Defence Ministers.

The initiative reflects the readiness of Allies to reinforce European capabilities, contributing to fairer burden-sharing across the Alliance. This cooperation will also ensure better value for money for taxpayers. Other Allies are expected to join the initiative.

At a ceremony in Brussels ... 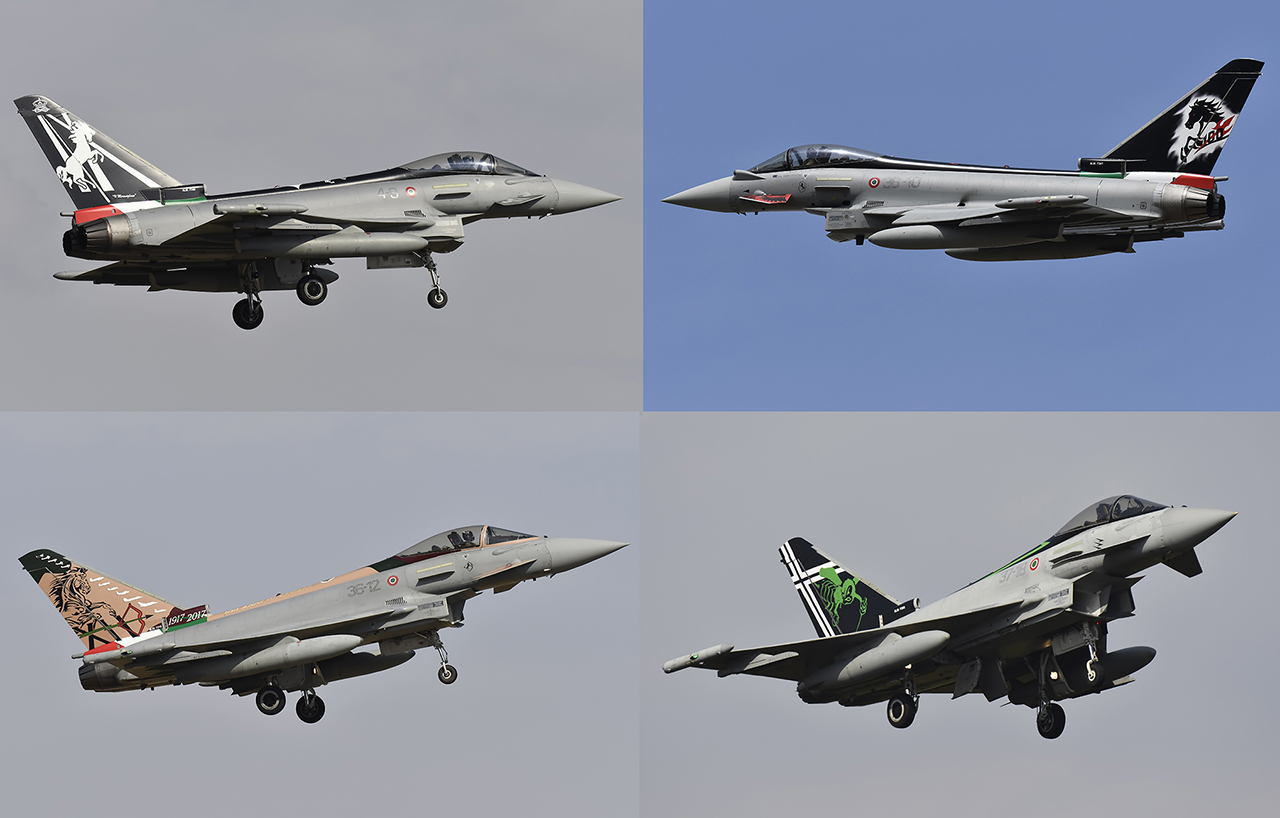 Check Out The Four Italian Eurofighter Typhoons In New, Stunning Special Color Schemes
Jun 29 2017
Please, Log in or Register to view URLs content!
nah recently posted some French which was more colorful will find it ... Jun 2, 2017

The Armed Forces of the Republic of Poland on 30 June officially received its new 120 mm “Rak” self-propelled mortar systems, according to the Ministry of National Defence.

“This is a proof that the Polish Army is changing, undergoes modernization, getting the best equipment available. Thanks to the above, all of us, the whole Poland, may feel safe” said Secretary of State at the Polish Ministry of Defence, Bartosz Kownacki.
The RAK is designed and manufactured by the Polish Defense Company HSW (Huta Stalowa Wola). The RAK 120mm self-propelled mortar carrier is operated by a crew of three and can be ready to fire from a running position in less than 30 seconds, and leave the firing position under 15 seconds. The 120mm mortar system has a rate of fire from 6 to 8 rounds per minute.

The steel cutting ceremony of the multipurpose amphibious unit (LHD or Landing Helicopter Dock) took place today at Fincantieri’s shipyard in Castellammare di Stabia. The new unit will be delivered in 2022 and it falls within the renewal plan of the operational lines of the Italian Navy vessels, approved by the Government and Parliament and started in May 2015. The multi-year program for the renewal of the Italian Navy’s fleet foresees the construction, besides the LHD - whose works officially start today – of seven Multipurpose Offshore Patrol Ships (PPA), with other three in option, as well as the logistic support ship (LSS) “Vulcano”.