Registered Member
With 8 and 6 AAMs !

The PPA, first of seven units, will be delivered in 2021 and it is part of the renewal plan of the operational lines of the Italian Navy vessels, approved by the Government and Parliament and started in May 2015.

The main feature of this class of ships is their high level of innovation, which makes them extremely flexible in the different operating profiles with a high degree of efficiency. In particular, these vessels have a dual use profile, the one typically military and the one for civil protection and rescue operations at sea; in addition they have a low environmental impact obtained with appropriate technological and manufacturing solutions, such as advanced low emission propulsion systems (electric motors).

There will be different configurations of combat system: starting from a “soft” version for the patrol task, integrated for self-defence ability, to a “full” one, equipped for a complete defence ability. The vessel is also capable of operating high-speed vessels such as RHIB (Rigid Hull Inflatable Boat) up to 11 meters long through lateral cranes or a hauling ramp located at the far stern.
The PPAs will be built at the Integrated Shipyard of Riva Trigoso and Muggiano, with delivery expected, for the first vessel of the class, in 2021, while the following deliveries will take place in 2022, 2023, 2024 (two units), 2025 and 2026.
Click to expand...

Germany's much-delayed new frigates, built by ThyssenKrupp (
Please, Log in or Register to view URLs content!
) and Luerssen for at least 650 million euros (£551.4 million) apiece, are overweight and float with a persistent list to starboard, according to a confidential report seen by Reuters.

The ships, designed to need a crew of only 120, less than half their predecessors, are a crucial element in Germany's plans to beef up its military to face an increasingly uncertain European security landscape and a more assertive Russia.

Designed to remain at sea for far longer than the German armed forces' existing fleet, the new F125 frigates need extensive servicing only once every two years, compared to once every nine months for their predecessors.

The 1.3 degree starboard list and excess weight, which emerged during testing in September, means the ship is now close to the limit of its design parameters and will raise the class's lifetime maintenance costs by around 20 million euros, according to a confidential annex to a regular German defence ministry report.

A defence ministry spokeswoman declined to comment on the confidential report, but said "in general terms" that the development of the four ships, the first of which was to have been delivered in 2014, remained on track.

"The design and performance parameters will be met," she said, adding that a certain degree of listing could never be ruled out when building new ships. "In the case of the F125, appropriate counter-measures have been agreed with industry."

Shipbuilding company Luerssen referred queries regarding the report to ThyssenKrupp, whose spokeswoman said: "We do not comment on current client projects."
Click to expand...

German Navy’s new class of F125 frigates are overweight and keep listing to starboard, Reuters reported on May 12, quoting a confidential report.

Overall four frigates will be built by ThyssenKrupp and Luerssen with the first three already in water.

According to the confidential annex to a regular German defense ministry report Reuters cited, the frigates are overweight and list 1.3 degrees to starboard.

German defense ministry did not confirm the report adding that the frigates remained on track “speaking in general terms”, according to Reuters.

The German Navy on multiple occasions shared videos of the FGS Baden-Württemberg, the lead ship in the class, but has never mentioned issues with the listing.

The four F125 frigates will replace the eight frigates of the F122-class, which will be gradually decommissioned. The ships were specifically designed for contemporary and future tasks of the German navy. The traditional duties of state-defense were broadened to encompass conflict prevention, crisis response as well as international intervention and stabilization operations.

The frigates are comparable to destroyers in size and are, with a length of 149 meters and a displacement of 7000 tonnes, the biggest operational ships in the German Navy.
Click to expand...

"The German Navy refers to this as the multiple-crew model where the eight crews will be operating as a closed team on a rotation principle."
reminded me there had been a revolutionary manning concept for the USN LCSs, which was presented as a great saving measure

Since 1 May 1996, the Luftwaffe has set up part of the crew training (pilots and weapon system navigators) at the Holloman air base in the United States, with the creation of the German Air Force Tactical Training Center.

The German airmen trained on the spot twice during their training. The first was for three weeks in order to perfect the war missions and the second, for about six months, to train on the local ranges.

But 21 years later, this training has officially ended for economic reasons in particular, according to the statements of brigadier Andreas Schick, deputy commander of the squadrons of the Luftwaffe.

At a ceremony organized on Monday 10 April 2017 at the Schleswig-Jagel air base in northern Germany, the training of young crews was officially launched with the creation of the 4th squadron of the Taktisches Luftwaffengeschwader 51 "Immelmann".

The recovery of this formation was marked by the first aerial sorties that were made as of April 24, after the complete installation of the Tornado and the return airmen of New Mexico.

This repatriation directly affects the Schleswig-Jagel air base since the fourteen Tornado ECR / IDSs based in the United States will inflate the German base from 25 to 39 aircraft, not to mention the personnel who put them in artwork.

In the United States, German pilots had relatively good weather and considerable airspace as a field of work for training and combat training, particularly for air-to-ground missions with arming in The vast fields of fire dedicated to this purpose.

In Europe, with the thousands of civilian flights that fly over the continent each day and population density, the constraints imposed on aircraft are much greater. This is why the majority of air sorties take place in the North Sea and the Baltic Sea.

But in addition to these usual areas, the Luftwaffe will now be able to use and evolve within the airspace of Denmark and the Netherlands in order to expand the exercise possibilities.

Registered Member
Finland have received his first Leopard 2A6 formers Dutch, 100 in order replace Leopard 2A4

If the Program is supposed to be a Debacle why so popular?
Answer is those who report it don't know what the hell they are talking about. 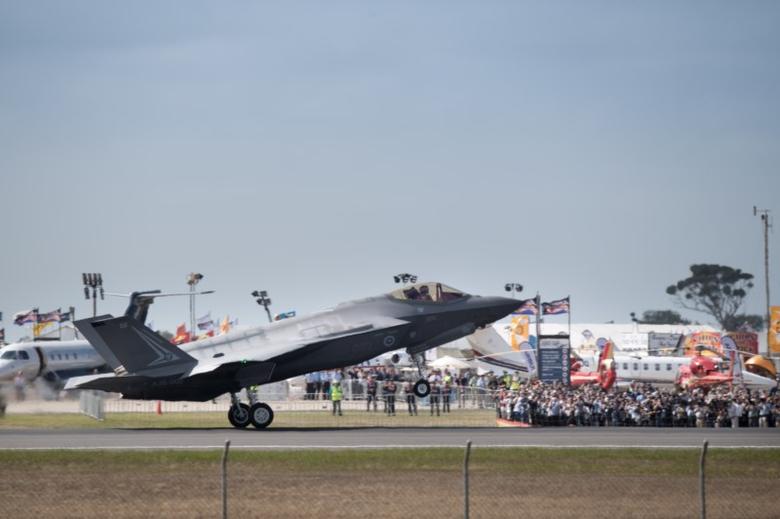 The German Air Force this month sent the U.S. military a written request for classified data on the Lockheed Martin Corp (
Please, Log in or Register to view URLs content!
) F-35 fighter jet as it gears up to replace its current fleet of fighter jets from 2025 to 2035.

The letter, sent by the Air Force's planning command and seen by Reuters, makes clear that the German government has not yet authorized a procurement program and is not committed to any particular aircraft to replace its current warplanes.

It said the defense ministry would carry out "an in-depth evaluation of market available solutions, including the F-35, later this year," with a formal "letter of request" to be issued in coming months.

Germany's interest in the F-35 - the Pentagon's most advanced warplane and its costliest procurement program - may surprise some given that it is part of the four-nation consortium that developed the fourth-generation Eurofighter Typhoon, which continues to compete for new orders.

Germany will need to replace its current fleet of fourth-generation warplanes - Tornadoes in use since 1981 and Eurofighters - between 2025 and 2035. The F-35 is considered a fifth-generation fighter given stealth capabilities that allow it to evade enemy radars.

Berlin's letter also comes amid growing tensions between the West and Russia over Moscow's support for separatists in eastern Ukraine, with NATO officials saying that Russian naval activity now exceeds levels seen even during the Cold War.

Britain, the Netherlands, Norway, Turkey and Italy - key NATO allies of Germany - are already buying the F-35 fighter jet to replace their current aircraft, and other European countries such as Switzerland, Belgium and Finland are also looking at purchasing the fifth-generation warplane.

Germany's gesture may be aimed at strengthening its hand in negotiations with its European partners over the scale and timing of development of a next generation of European fighters. Any moves to buy a U.S. built warplane could run into political resistance in Germany, which has strong labor unions.

But military sources say buying the F-35 could make sense for Germany given steady declines in the cost of the U.S. jets, and technical challenges with the Eurofighter.

In the letter, the Air Force said a small team of air force officers was gathering data to prepare for a detailed analysis of alternatives for a new warplane.

The group was working closely with the ministry's "Task Force Future Air Combat System," which aims to make a recommendation for a political decision in mid-2018, the letter said.

"In order to understand (the) F-35's cutting-edge technologies, the German Air Force is requesting a classified brief of the F-35's capabilities in general and especially concerning sensor suites, information management and operational capabilities," the letter said.

The letter said a video conference suggested by U.S. officials in Bonn would help speed up the process.

A source familiar with U.S. weapons programs said the classified briefing requested by Germany would likely last around eight hours.

Since Germany is not part of the international consortium that funded development of the stealthy new fighter, the request for classified information must first be approved by the U.S. government, but U.S. officials said they did not expect any problems securing the needed marketing license.

The Pentagon's F-35 program office said it had received the letter and was "working to support the German Air Force request."

Lockheed referred questions to the State Department, which oversees foreign military sales, and the Pentagon. Spokesman Michael Rein said it would be inappropriate for Lockheed to comment since any potential sales would be negotiated between the two governments.

The F-35 is in operational use by the U.S. Marine Corps and the U.S. Air Force, which last month carried out its first operational deployment of a small number of jets to Estonia for training with other U.S. and NATO military aircraft.

The U.S. Air Force this month also announced this month that it plans to bring the F-35 to the Paris Air Show in June.

Please, Log in or Register to view URLs content!
Now the most likely bird for the Germans to retire is one of the same being phased out for F35's by the UK and Italians the Panavia Tornado Fighter Bomber. The Typhoons are still new birds and can wait until Airbus gets a new fighter online in the late 2030's.
You must log in or register to reply here.