It's quite rare for Chinese official news to be so direct. Incidentally, this comes after the U.S. secretary of defense directly attacking President Xi during the Munich security conference. The Capitol is seen in Washington D.C., the United States, on Feb. 13, 2020. U.S. Senate on Thursday passed a resolution curbing the U.S. president's ability to use military forces against Iran without congressional approval. (Xinhua/Liu Jie)

As The Washington Post noted, "its reach and duration help to explain how the United States developed an insatiable appetite for global surveillance that was exposed in 2013 by Edward Snowden."

According to the classified documents obtained by U.S. and German media, the U.S. Central Intelligence Agency (CIA), along with former West German intelligence which later exited the partnership, fronted a Swiss firm in secret to sell encryption devices to more than 120 countries, and by rigging the machines, the spy agencies were able to easily break the codes that unwitting customers used to send encrypted messages. 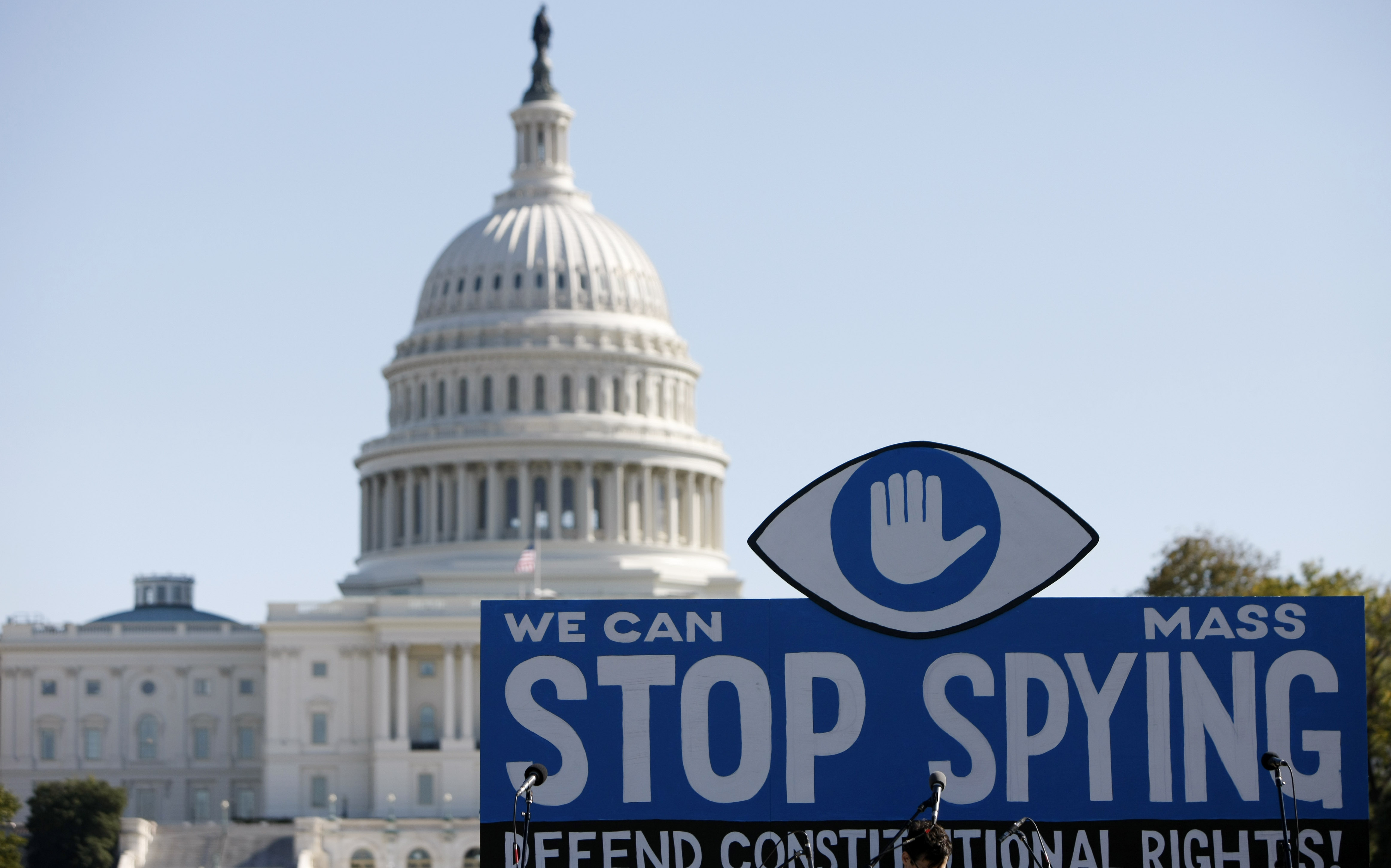 A huge slogan board stands in front of the U.S. Capitol building during a protest against government surveillance in Washington D.C., capital of the United Sates, on Oct. 26, 2013. (Xinhua/Fang Zhe)

For decades, and well into the 21st century, Rubicon, as the CIA operation became known, ran so wide and deep that The Washington Post said it "ranks among the most audacious in CIA history." At some times, even the Germans "were taken aback by the Americans' willingness to spy on all but their closest allies," The Washington Post revealed. In a ruthless way, Washington harvested money and secrets, at the expense of credibility and trust.

A nation sets up covert vulnerabilities or lets them loose in communications equipment it makes or controls, enabling espionage into clandestine and sensitive messages it covets. Does this sound familiar? It has been the main point Washington holds to shut out telecoms devices made by some Chinese tech companies from as many places around the world as possible.

The leak caught Washington's global lobby off guard. While persuading even its closest allies in Europe to shut out Chinese tech companies from their 5G networks, Washington has seen the ruin of its own making. 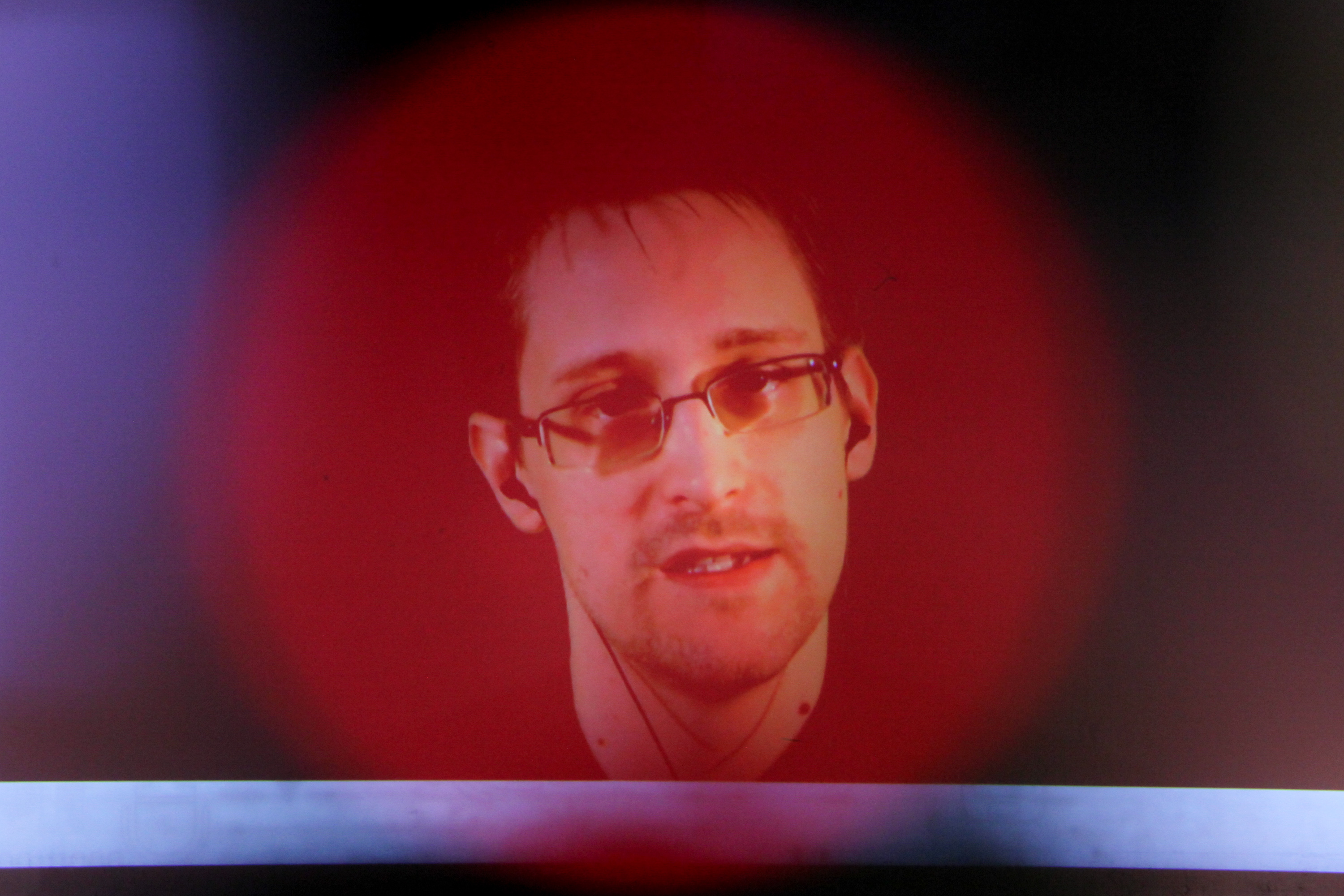 Edward Snowden is seen on the screen during a live remote interview at CeBIT 2015, the world's top trade fair for information and communication technology, in Hanover, Germany, on March 18, 2015. (Xinhua/Zhang Fan)

Insidious as Operation Rubicon was, its revelation was not that surprising. As The Washington Post noted, "its reach and duration help to explain how the United States developed an insatiable appetite for global surveillance that was exposed in 2013 by Edward Snowden."

Though it is unknown whether the U.S. government is running other eavesdropping programs, suspicion is rising.

Next time Washington considers lecturing others on eavesdropping and being a threat to national security, it had better evaluate its own records first.

manqiangrexue said:
If a Chinese man did all that, sounds like he deserves it. Nobody likes spineless traitors; even the country they defect to has no respect for them.
Click to expand...

No one trusts traitors that betray their own country.
D

China should literally bring the hammer down on the racist idiot Aussies. The Australians have never had a good word to say nor show any goodwill toward China. The darned Ozzies will jump at a chance to harm China. Australia is a resource-selling economy, it does not 'create' or manufacture anything of worth. China should let the Australians feel the economic pain for continually showing general ill-will to the Chinese people. Bunch of aboriginal-murdering rednecks

We would like to tell the diehards in Taiwan’s intelligence and governance departments who adhere to the stance of "Taiwan independence" that playing with fire and self-immolation can only lead to a dead end, and abandoning the dark and throwing light is the right way in the world. Our national security organs will resolutely use anti-secession laws, anti-espionage laws and other legal weapons to keep a close eye on diehard elements who continue to engage in "Taiwan independence" separatist activities and endanger the national security and interests of the motherland. , Pursue the business to gain, chase to the end. The green hills can't cover it, after all, water flows eastward. I hope these diehards will recognize the situation as soon as possible, close their hands as soon as possible, and turn their heads back to the shore. Don't say we didn't warn you.
Click to expand...

There it is, the diplomatic jargon China always throw out before war.
C

There it is, the diplomatic jargon China always throw out before war.
Click to expand...

Registered Member
Here's is a scan of the newpaper page itself with the article, in case there's any doubt: