Some interesting screen grabs. I don't have the video yet. Apparently, the Army is now experimenting with drone swarms as well as unmanned ground combat vehicles to augment its combat capabilities. The captions say that a swarm of 10 UAVs engaged enemy ground targets in two sorties. 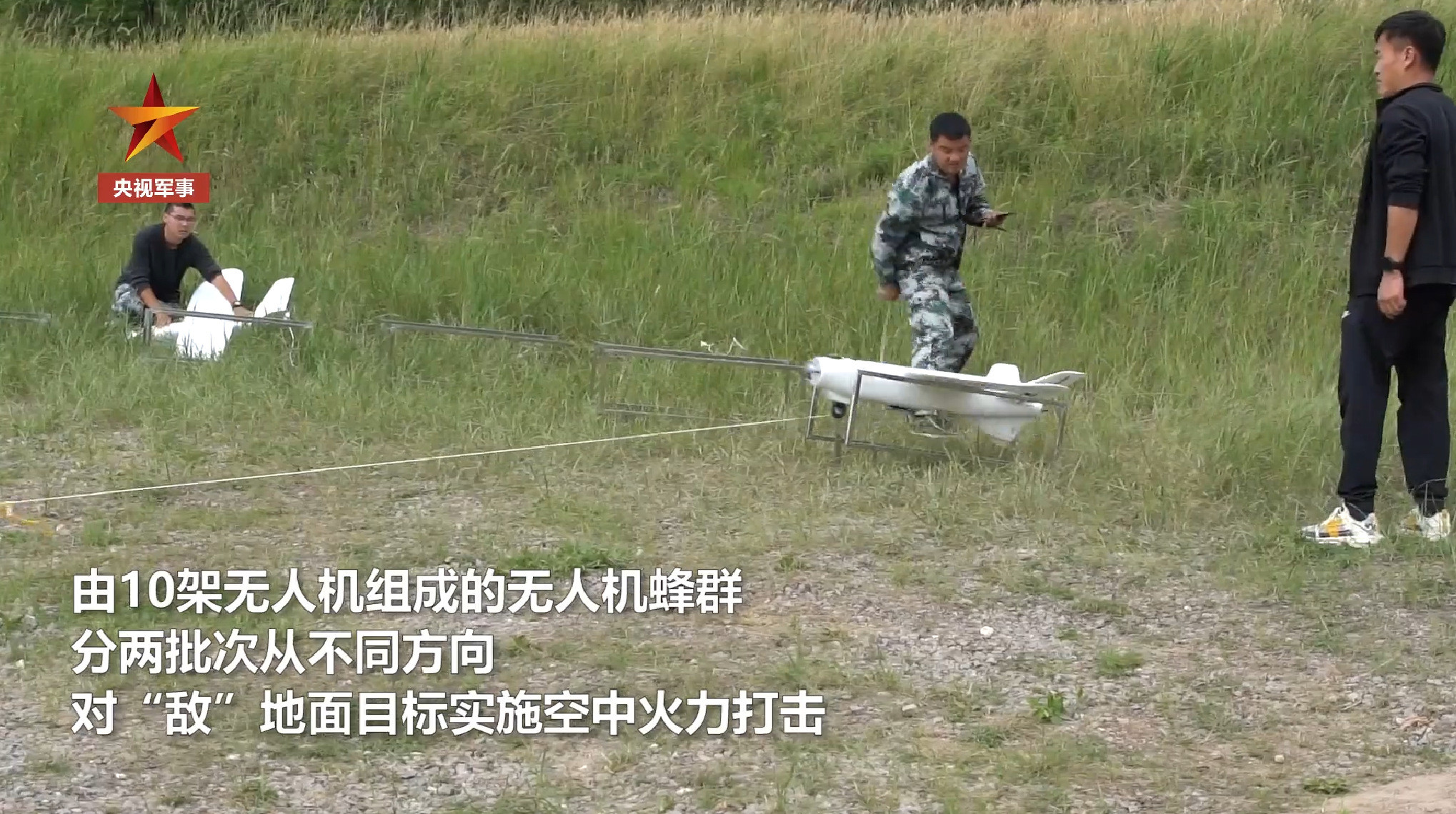 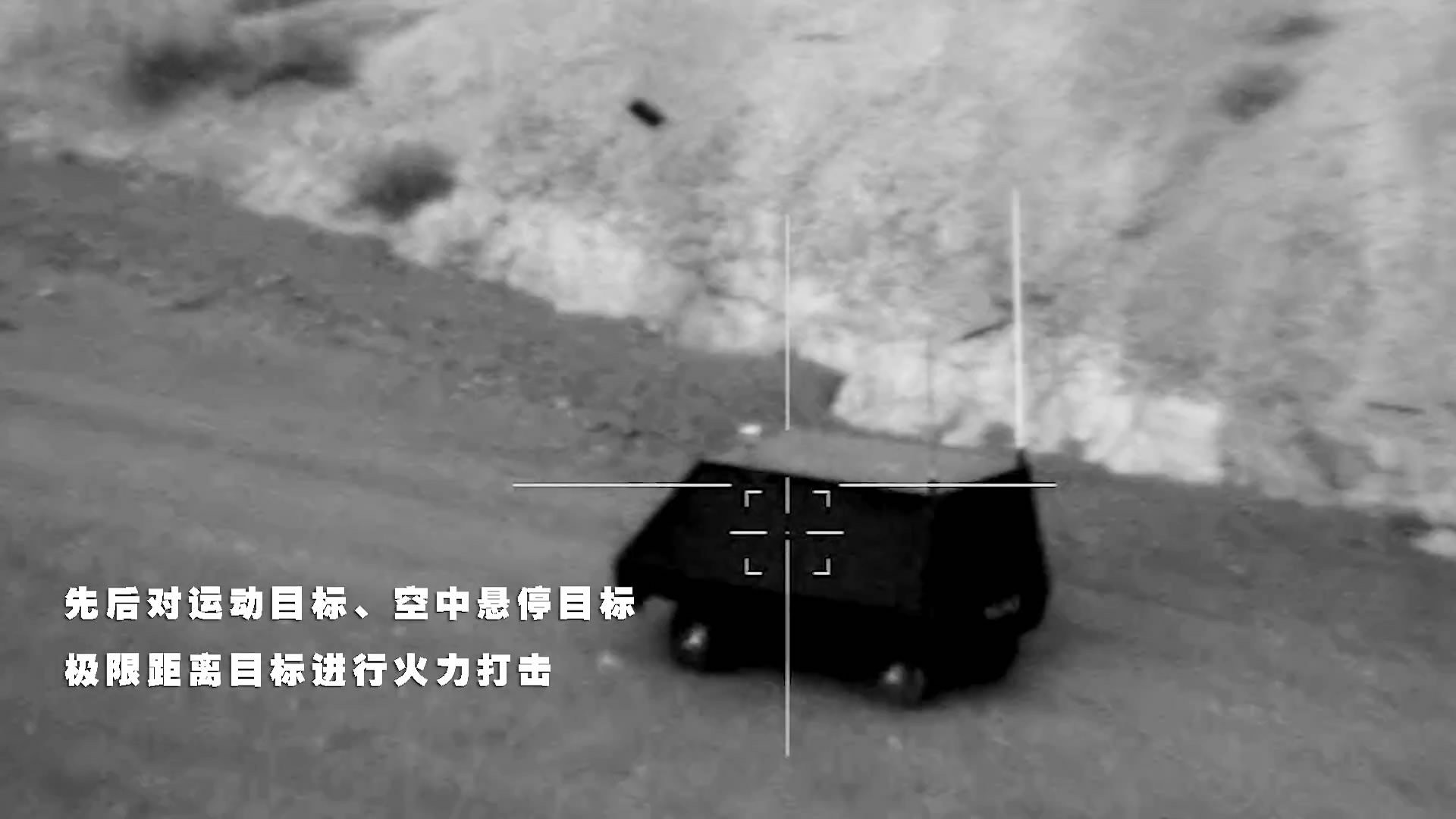 China introduced some of its latest achievements in military intelligent technology by displaying advanced land, sea and air combat robots at an expo in Beijing on Monday, showing the Chinese arms industry's fast development to meet the demands of future warfare, analysts said.

The event aims to accelerate the Chinese military's intelligentization development, enhancing its joint and all-field combat capability based on a system of network and information and boosting its integrated development of mechanization, informatization and intelligentization, the institute told the Global Times at the event.

Developed by Beijing North Vehicle Group Corporation under the state-owned China North Industries Group Corporation, the Pathbreaker unmanned ground vehicle weighs 1.2 tons, runs at a top speed of 30 kilometers an hour with caterpillar tracks, and is equipped with an armed reconnaissance system which allows it to conduct reconnaissance, fire assault, patrol, search and destroy operations, as well as strike guidance in complicated terrain at high mobility.

It can be remotely controlled, or automatically follow combat personnel and independently avoid obstacles, an employee at the booth told the Global Times, noting that more advanced types of land robots similar to the Pathbreaker are being developed and will hopefully join the Chinese military service in the future

Replacing the traditional propeller, the Robo-Shark's power source is the bionic tailfin, which can give it a top speed of six knots.

The Robo-Shark is currently on a project with the military based on the latter's needs, according to the company at the expo

Beijing Aerospace Zhongfei Technology brought different drones to the expo, including target drones that are not only used in training exercises but also in real combat as decoys, and vertical takeoff and landing drones for reconnaissance and patrol missions.

Digital systems used to command and control the combat units were also on display.

15 roaming wild Asian elephants are edging closer to Kunming, capital of China's Yunnan Province. Local authorities said it is rare for the giant animals to move so far northward from their traditional habitat. Precautionary measures have been taken to prevent human-elephant conflict as the elephants may well stray into human settlements. Follow Xinhua to trace the elephants with a drone.
Click to expand...

The mystery of China's wandering elephants

Images of a herd of 15 Asian elephants trekking through China's southwestern Yunnan province have gone viral on social media and captured the imagination of the world.

Since then, the Chinese government has dispatched a Taskforce of 360 people, 76 cars and nine drones to track the animals. Neil Cairns talks to Becky Shu Chen, from the IUCN Asian Elephant Specialist Group, about why the beasts are making the trek, the challenges of conservation and the need to allocate land for animals and nature in order to preserve the world's biodiversity.
Click to expand...

VTOL and autogyro drones from a general expo. 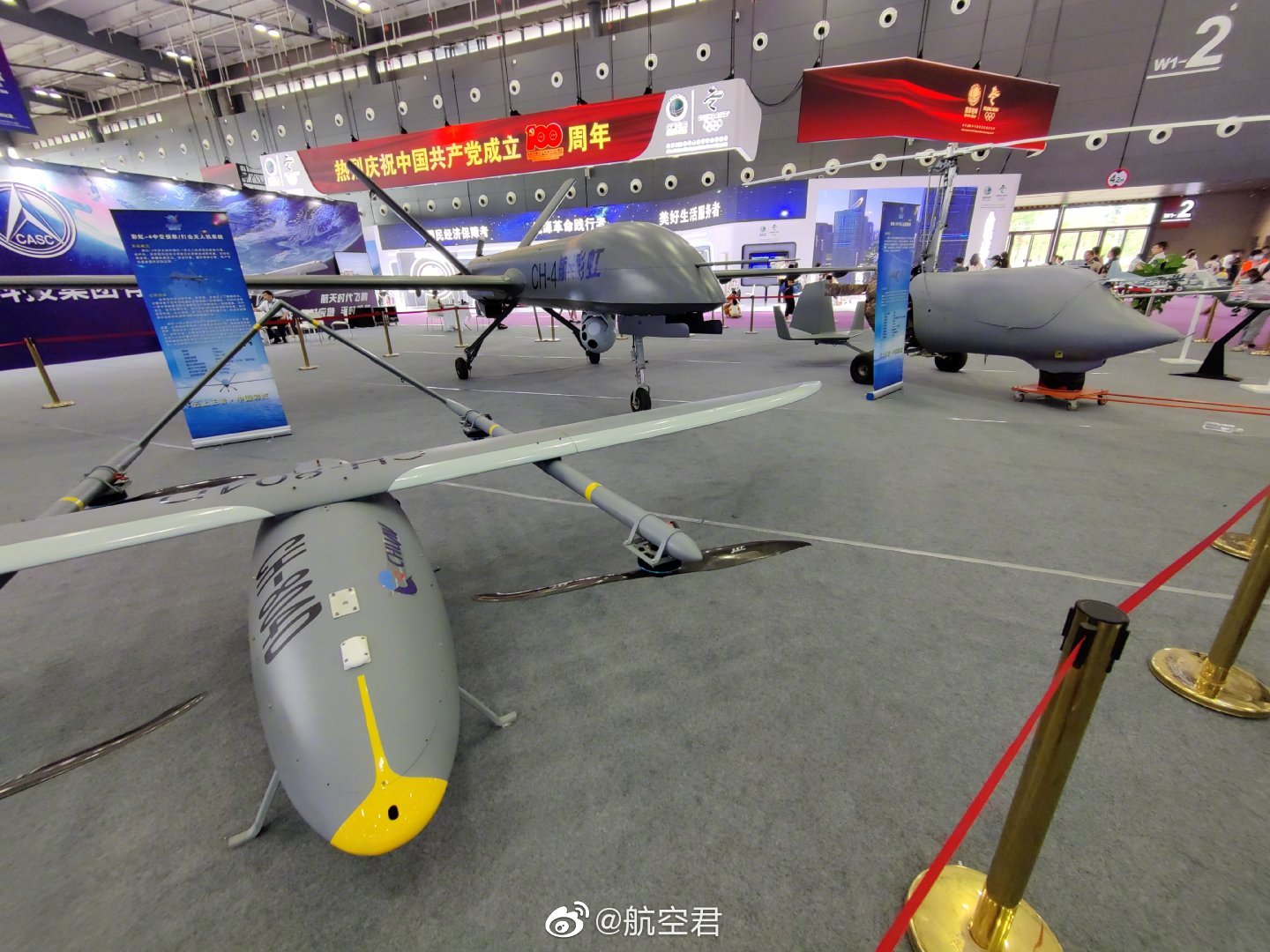 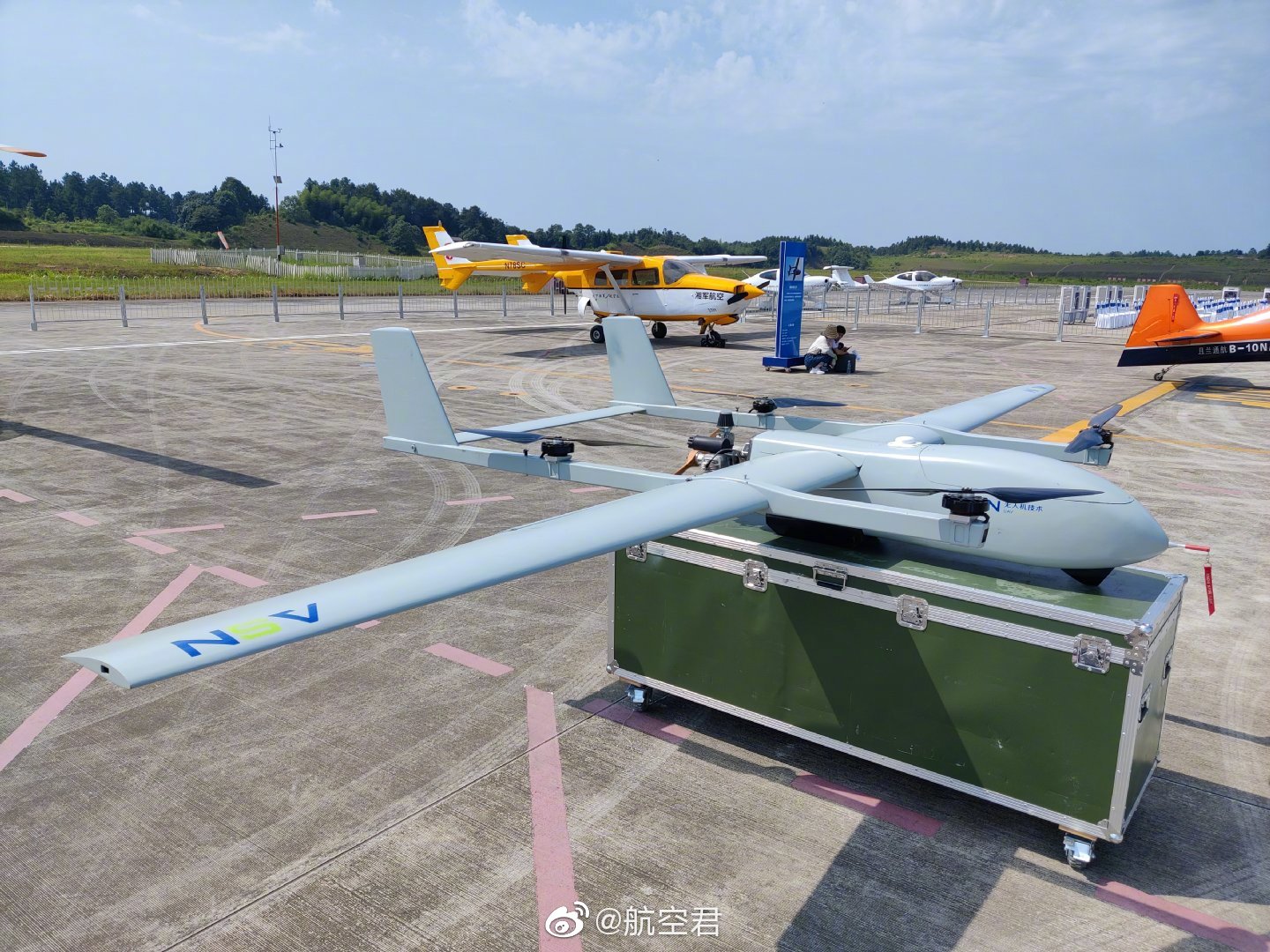 When will it be possible for satellites to possess that kind of ability? Is it still beyond today's technology?
V

Too much lag? Timing limitation?
B

vincent said:
Too much lag? Timing limitation?
Click to expand...

IIRC, China is developing a satellite recon system with a 15 minute refresh time globally. Perhaps that can be reduced to 5 minutes or less if such a system was to focus on one theatre or AO. Still enough time for mobile targets to move away a safe distance. But should provide at least a lead for drones and strike aircraft to focus on.

Theoretically, satellites already have that capacity. The issue is one of time on target, since satellites typically overfly a target area within a few minutes, whereas a drone can stay on station for hours or even days.

The limiting factor isn’t and never have been satellite communications, but rather the rest of the kill chain. Because you essentially need to reduce your kill chain from detection to weapon on target to a few minutes, including projectile flight time. That’s the main issue, because with the longest range stuff, just the projectile flight time could be longer than your satellite on station time.

So you will need to daisy chain multiple satellites and do seamless hand-offs.

The other issue is one of flexibility. Satellites can only view a small band of terrain each orbit, and carry very limited fuel, most of which is needed to periodically boost the satellite’s orbit to prevent orbital decay. So chaining orbits is a very big deal as that directly reduces the operational life of satellites.

So you will need a stupid number of billion dollar satellites to form comprehensive coverage, and even more to provide continuous coverage.

It’s probably only really viable for hunting enemy carriers and warships since the much larger size means you don’t need as many satellites, which can be further reduced by using geostationary observation satellites if you only need to cover a limited area; and the high value of the targets makes using fuel worthwhile. And that is precisely what China has done. 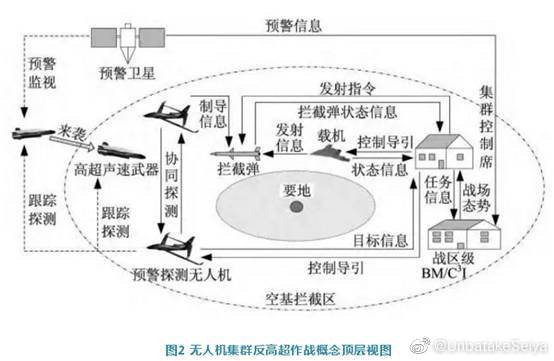 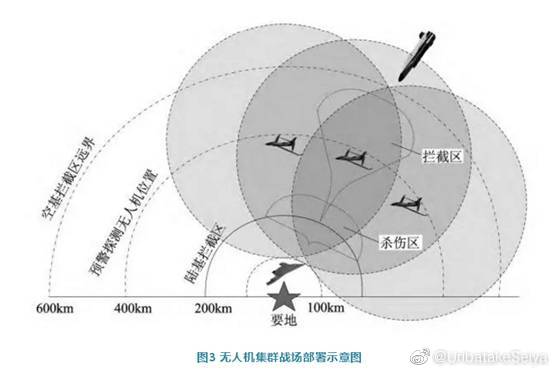