Ndla2 said:
Why can't they make the exhaust blow rearward instead, so it will not staining the rudder?
Click to expand...

There is a bump so maybe some sensors are placed there.

He probably lost control of the drone before it even crashed due to the heat.

AssassinsMace said:
He probably lost control of the drone before it even crashed due to the heat.
Click to expand...

The drone crashed for its value. The video of the lava fountain was so great. I imagine without the drone, it might take a lot of professional equipment to make that video. 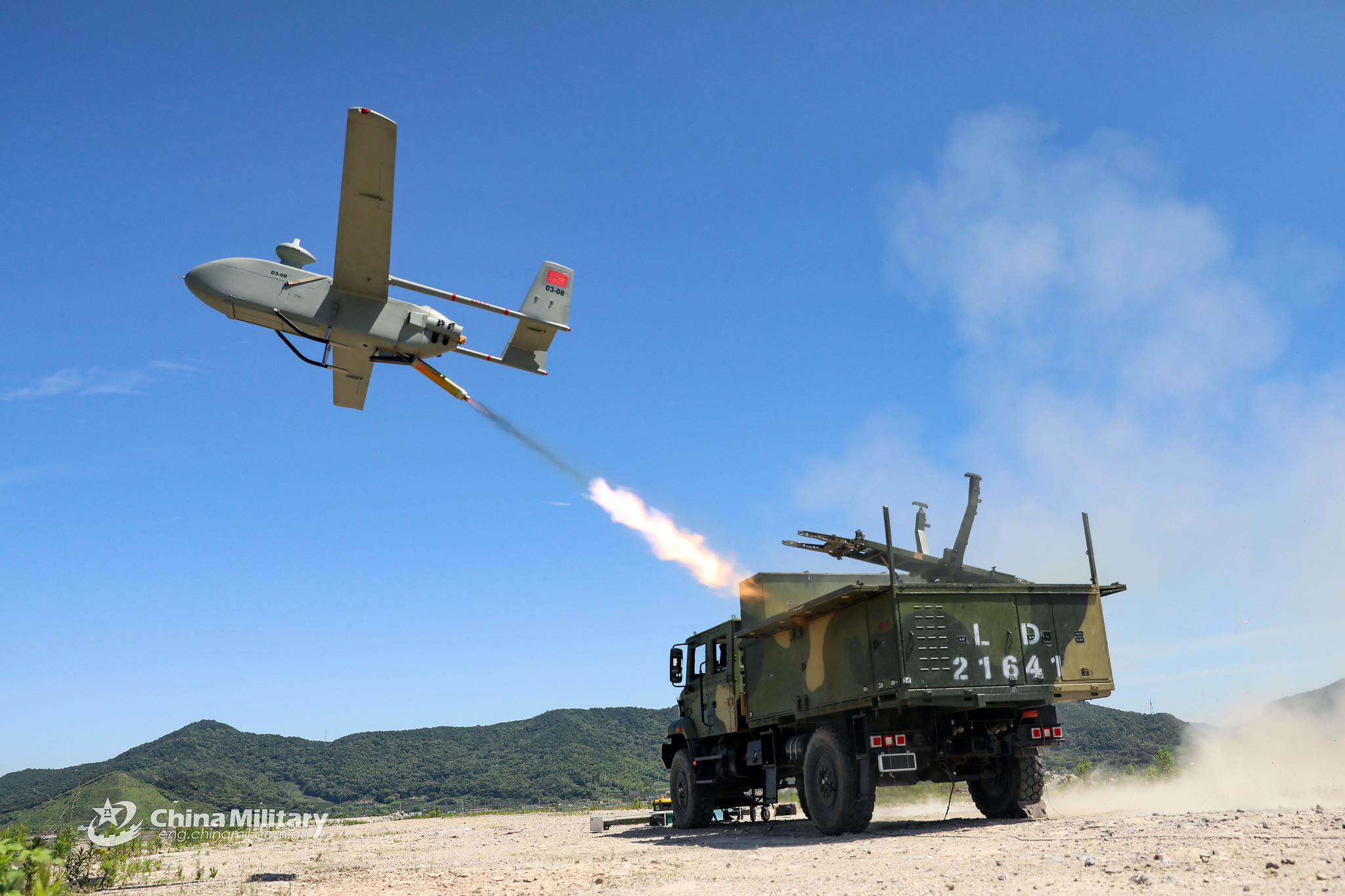 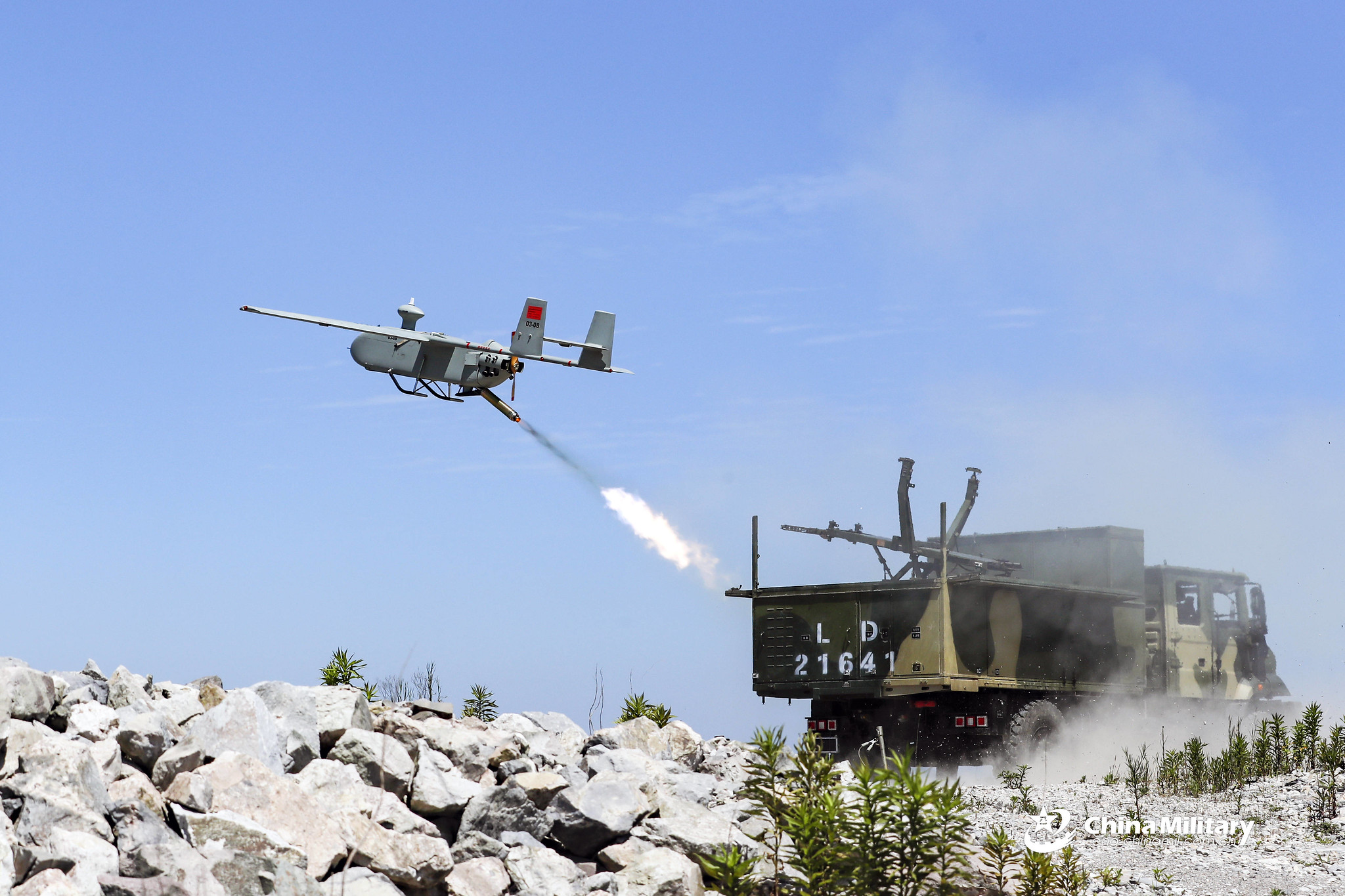 Anyone know of better pics of the third one in back?

AssassinsMace said:
Anyone know of better pics of the third one in back?
Click to expand...

The fuselage structure of a high-speed UCAV on display at an exhibit. 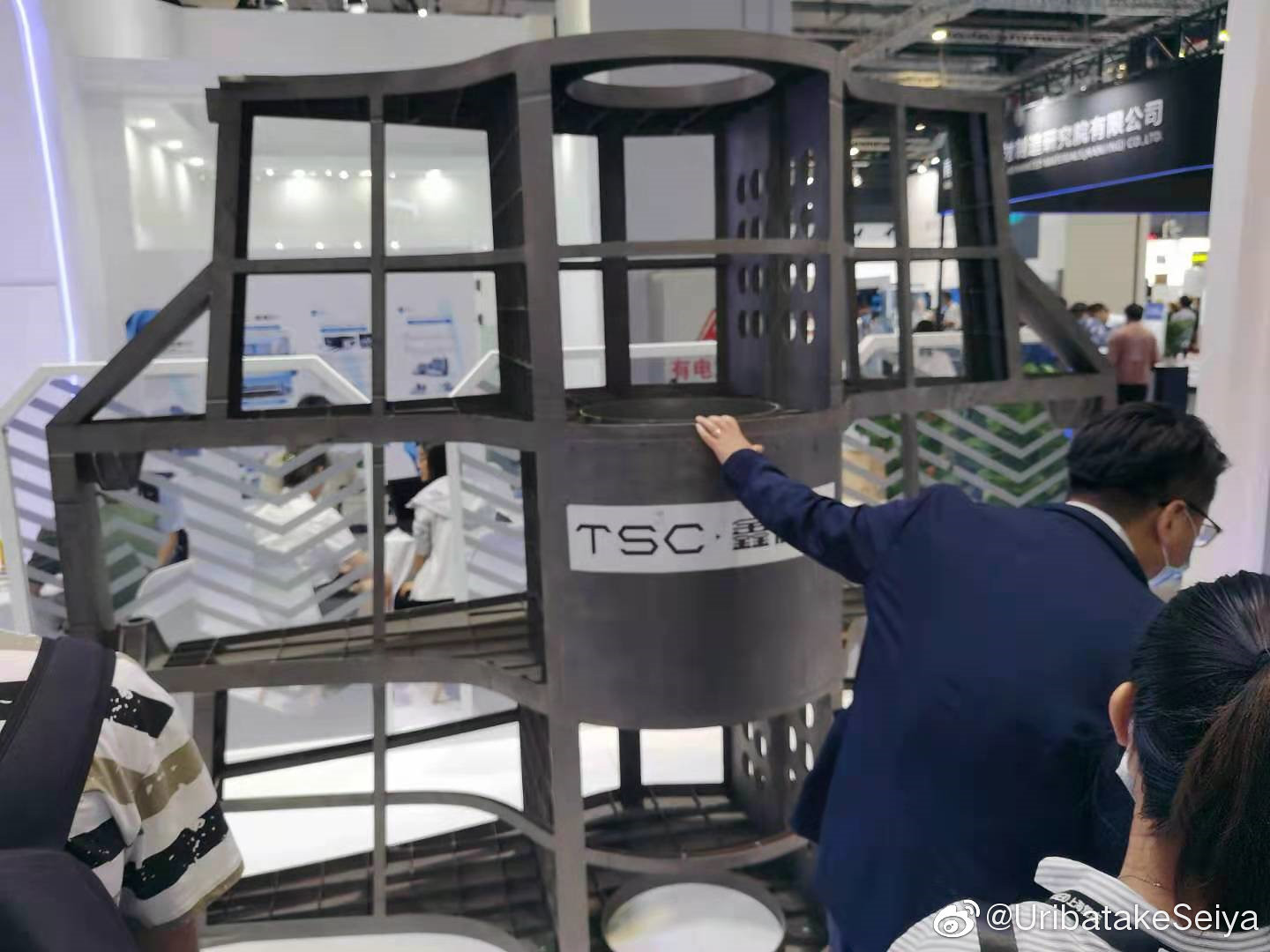 by78 said:
The fuselage structure of a high-speed UCAV on display at an exhibit.

WZ-8 revealed in 2019 as a total triangular craft, differs from previous speculation of this shape.

But satellite footage from well before 2019 reveal of WZ-8 already showed the actual drone. Back then we were speculating on what the traingular craft was.

I remember there was two separate and different satellite photos where Chinese intentionally placed the triangular WZ-8 outside on the tarmac for intelligence observers before its more close reveal in 2019 which basically confirmed that the satellite "exposed" drone was WZ-8 we saw in 2019 parade.

Then the government later basically announced that the WZ-8 has been used many times (before the parade) and have flown missions around SCS and Taiwan seemingly without being detected (believable since it is a very small RCS aircraft flying near space at high supersonic speeds.

For some reason I seem to recall at least one satellite photo showing a craft with the shape of the first image (CGI one) where the fuselage/leading edge has a different sweep angle compared to the wing. Maybe I'm misremembering but I do recall there were two mystery black drones - one triangular later shown as WZ-8 and the other has the plan view of the first craft. They could be built around the same fuselage design structure and the first craft might be used for some other purpose and for slower speeds - greater agility than WZ-8.

The bulkheads shown in your image has also been seen in the past - many years ago. Basically the same structure and it seems to fit a craft with those variable sweep angles (whatever the correct aerodynamic terminology is). Unlikely for hypersonic drone due to the sweep angle (of the CGI stuff) but could be for this aircraft or the Dark Sword UCAV.
You must log in or register to reply here.