by78 said:
Can't find a more appropriate thread, so I will post these here.

The II-150Y stealth aerial target drone. In addition to the base variant, there's a high-elevation variant (for tibet) and a naval variant. Capable of carrying various payloads to simulate desired radar and infrared attributes. Capable of 5g instantaneous 80- and 180-degree turns, 3g sustained S-pattern maneuver, etc. 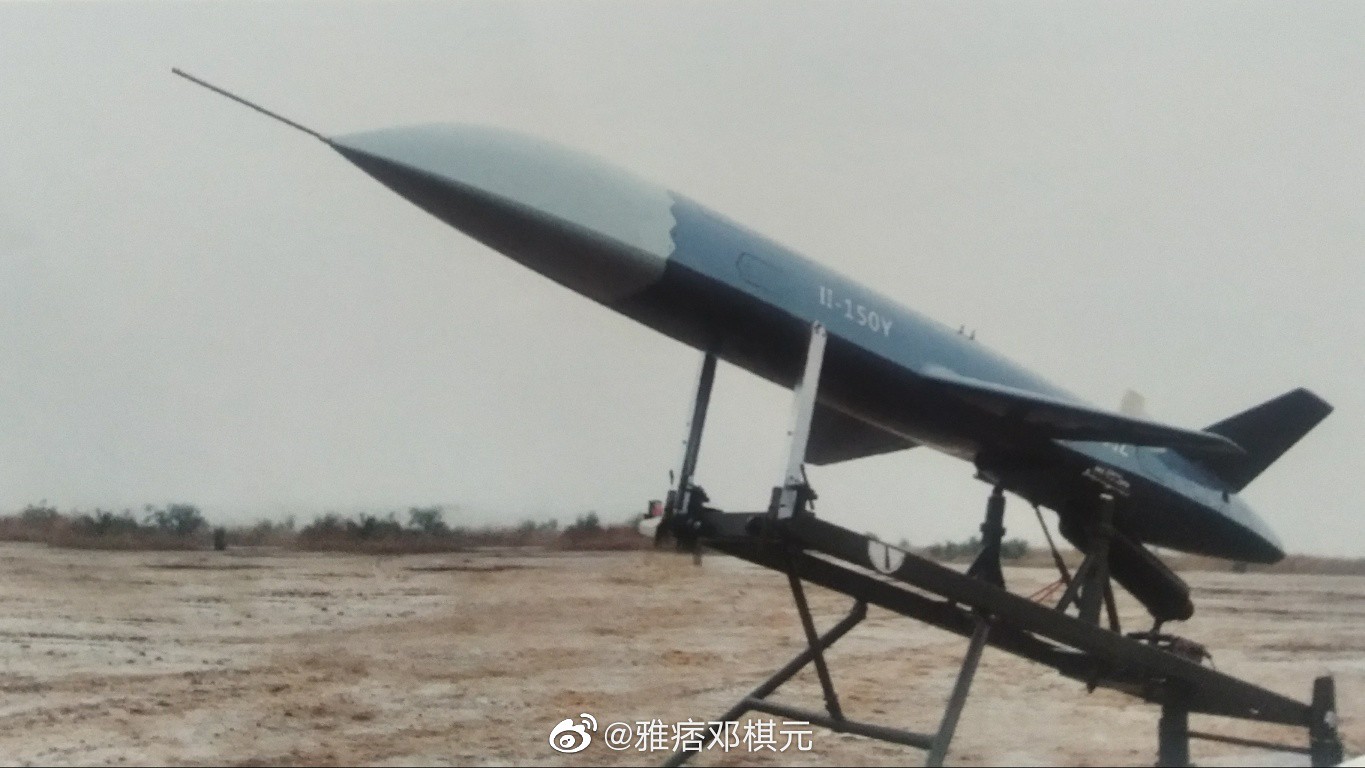 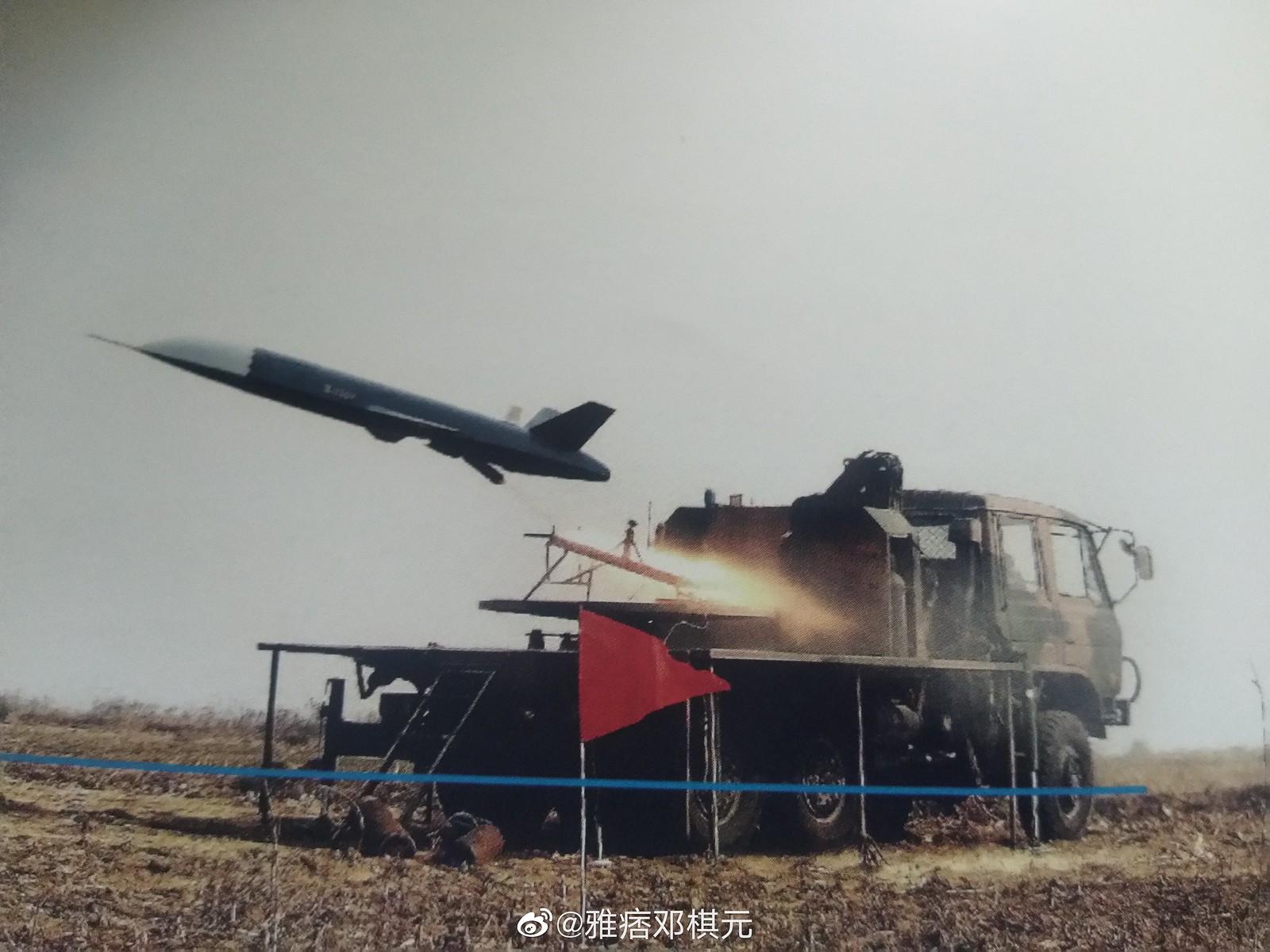 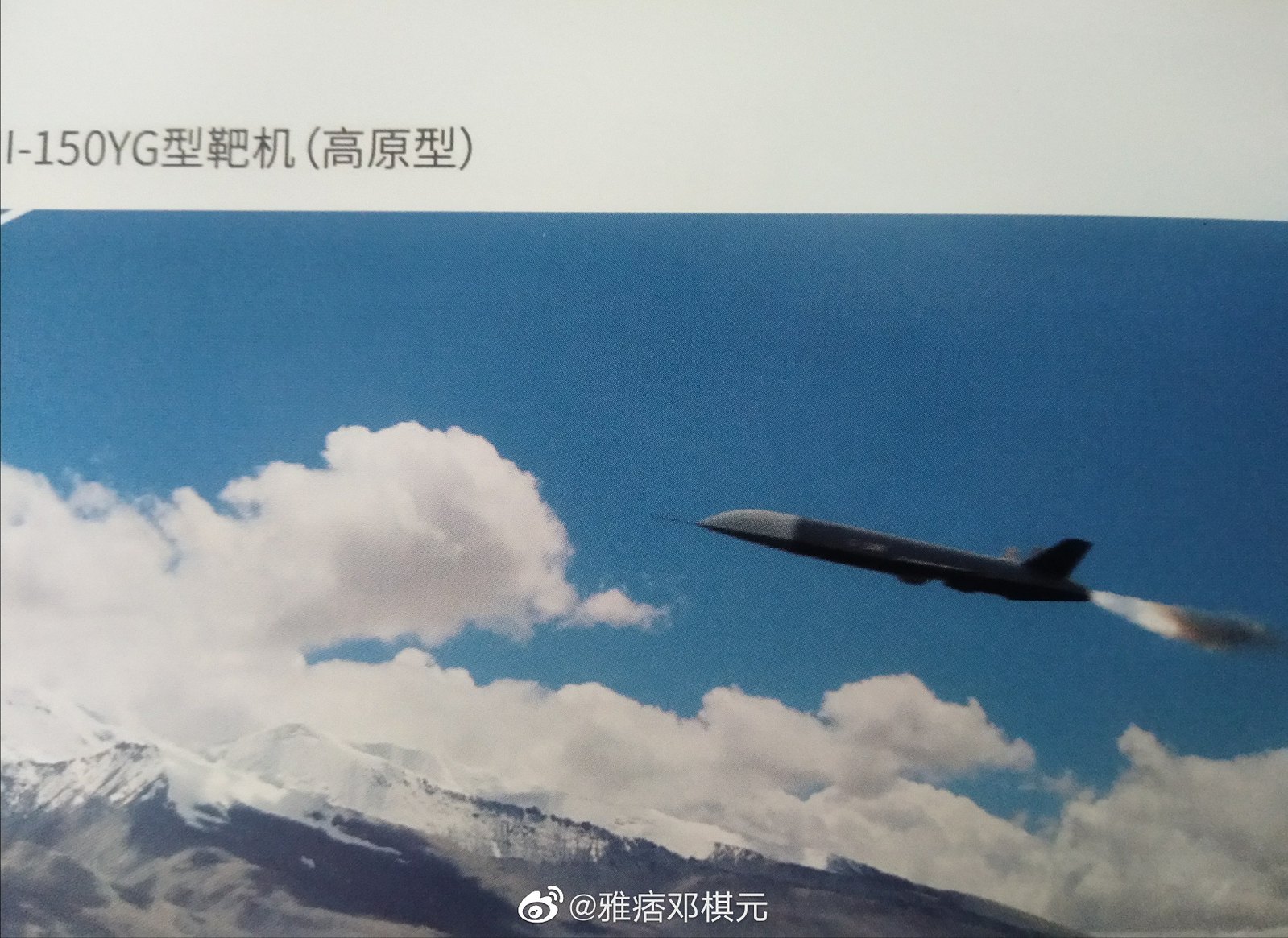 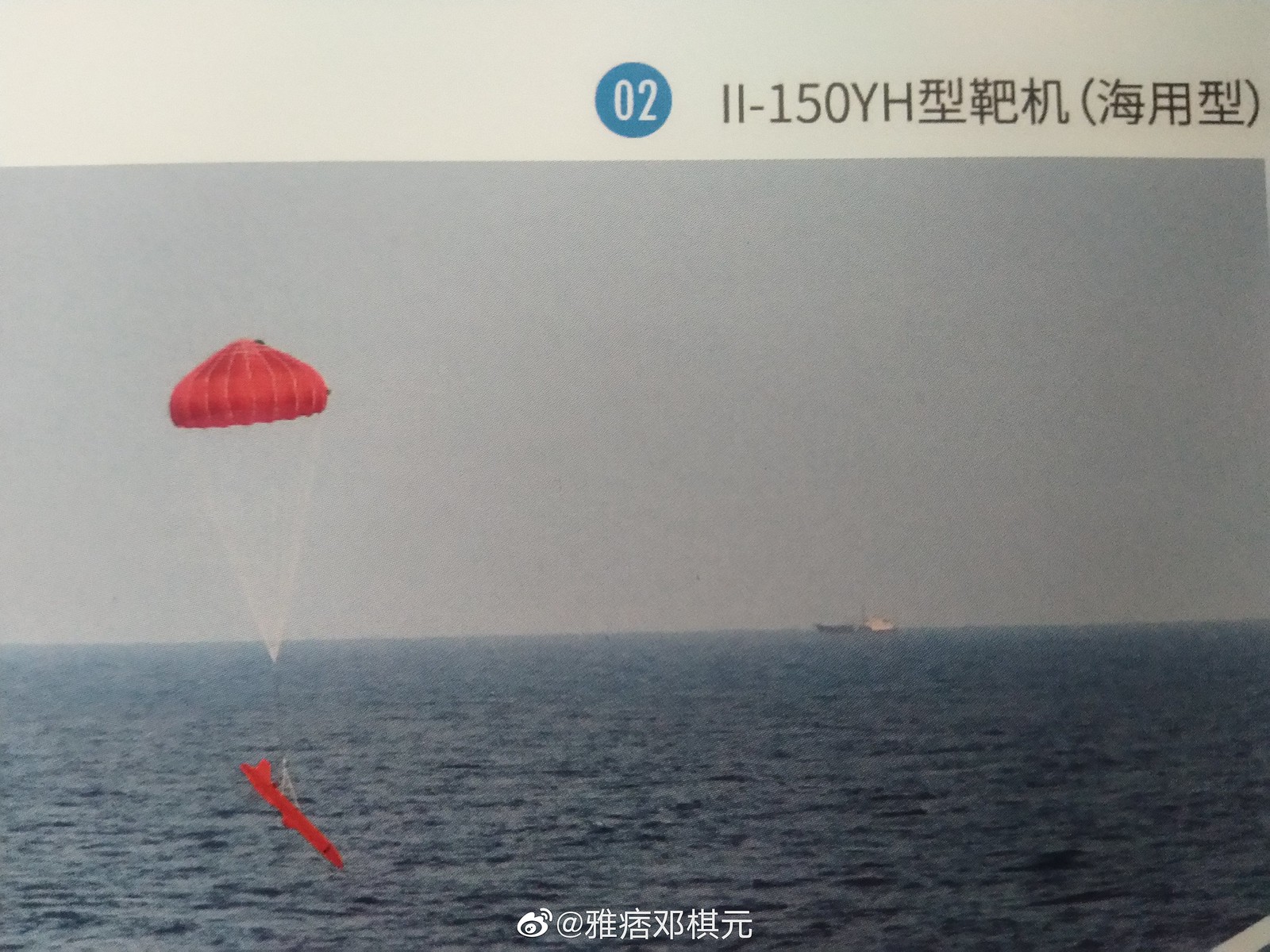 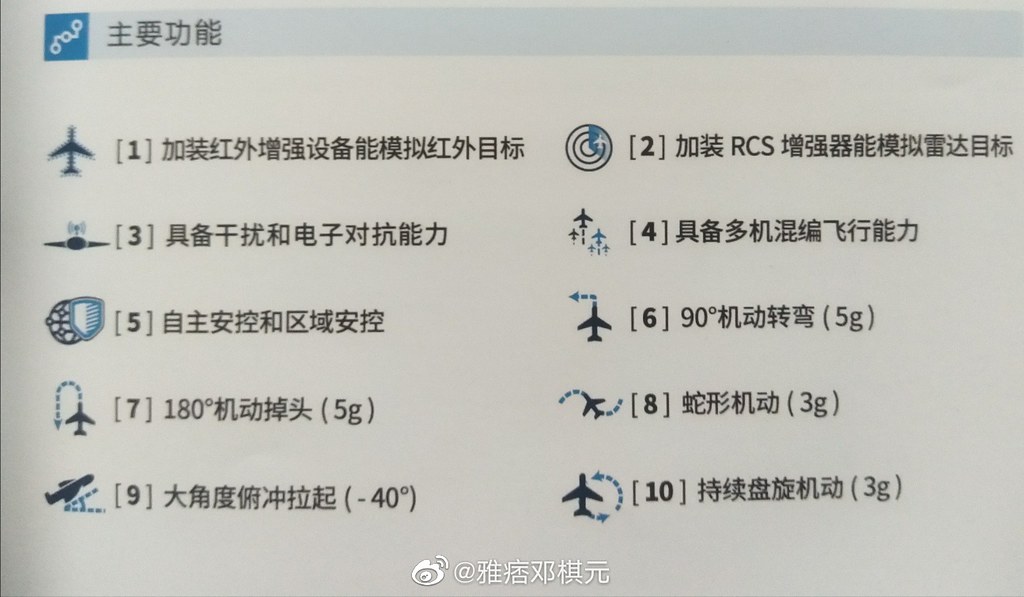 Wow ... any more information on where they were unveiled?

Deino said:
Wow ... any more information on where they were unveiled?
Click to expand... 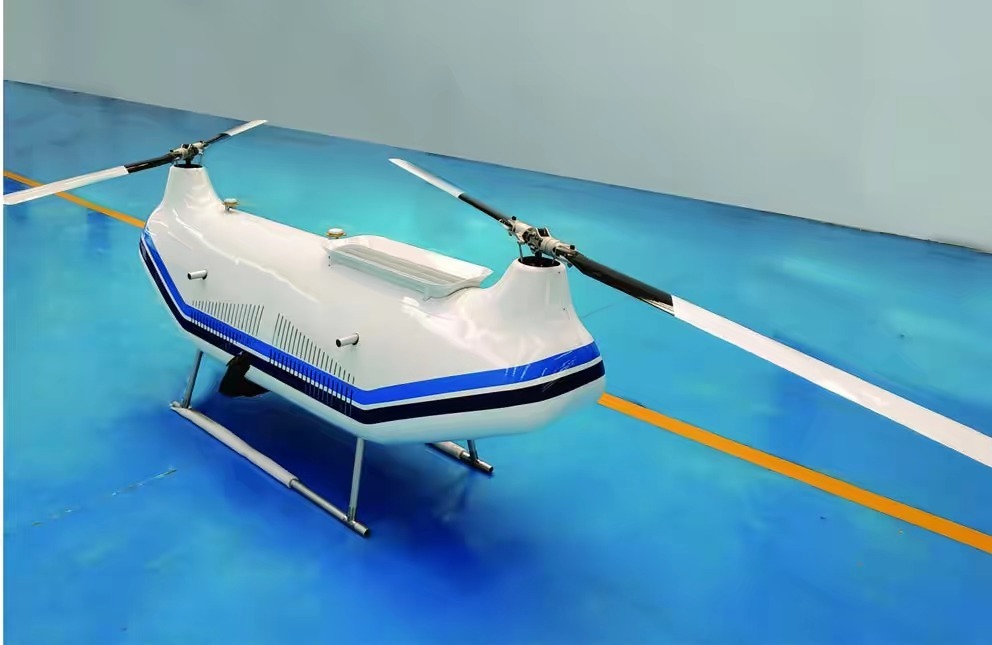 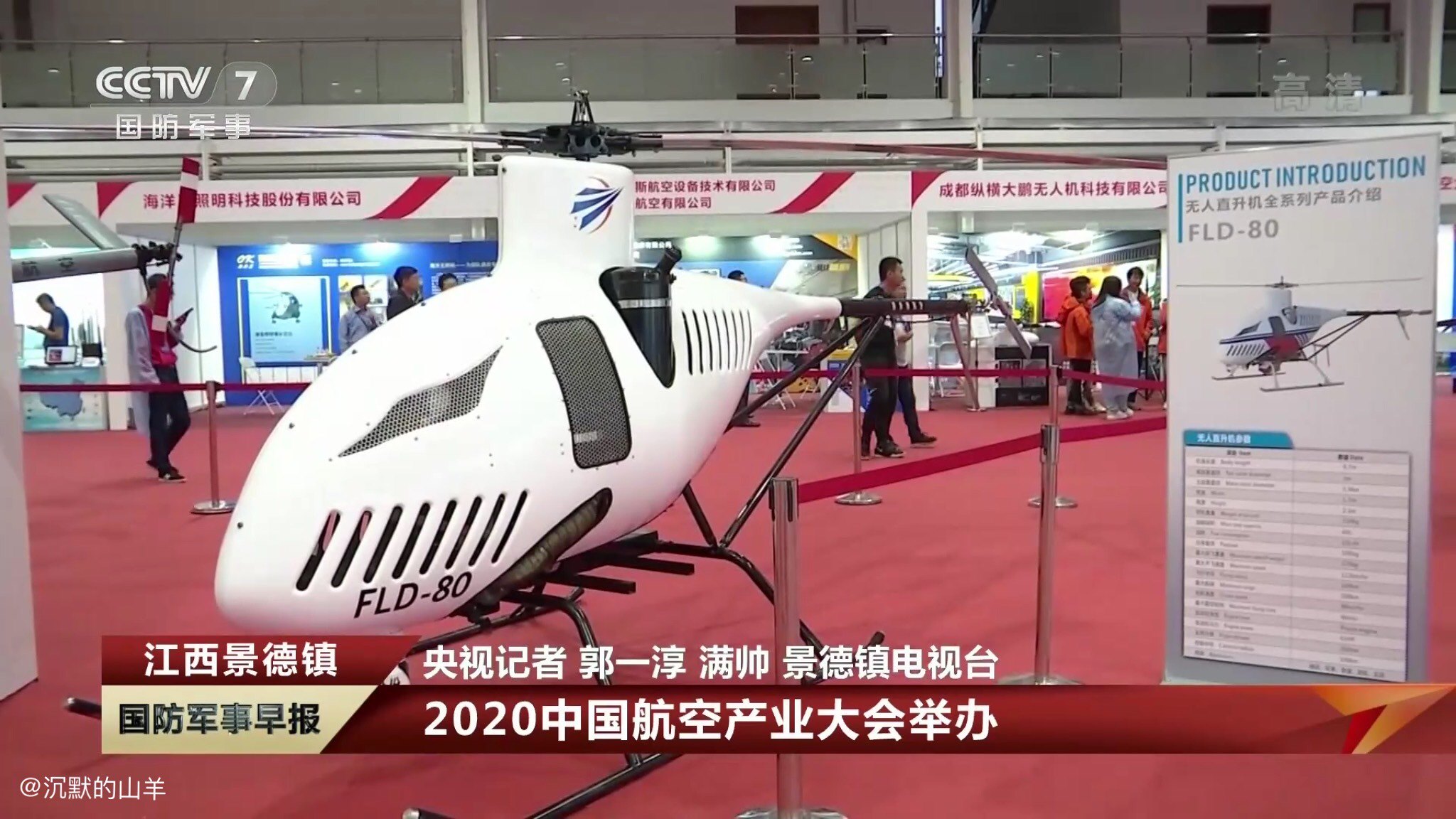 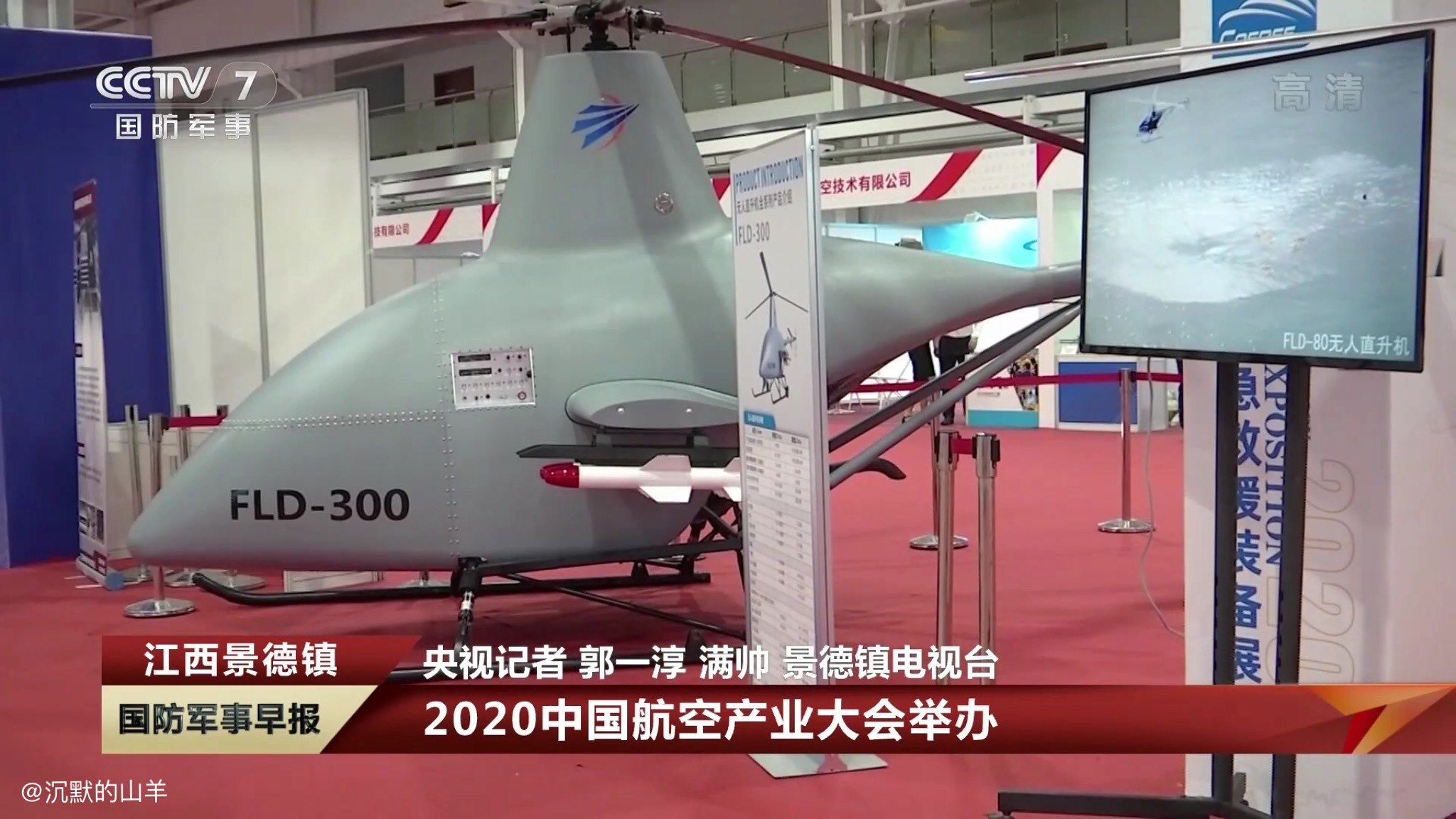 A helicopter UAV in service with the Army. Unfortunately, I don't know the designation. 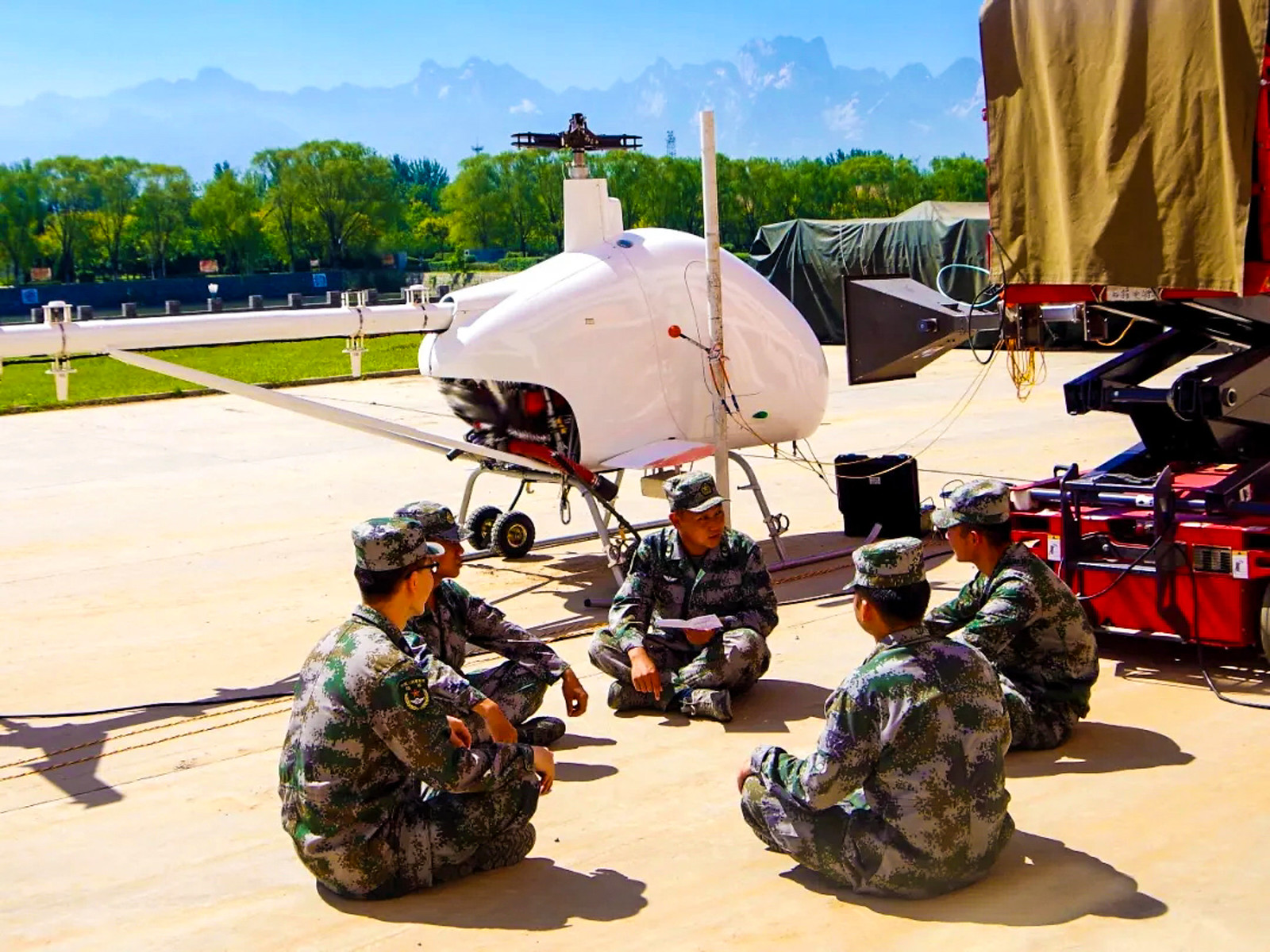 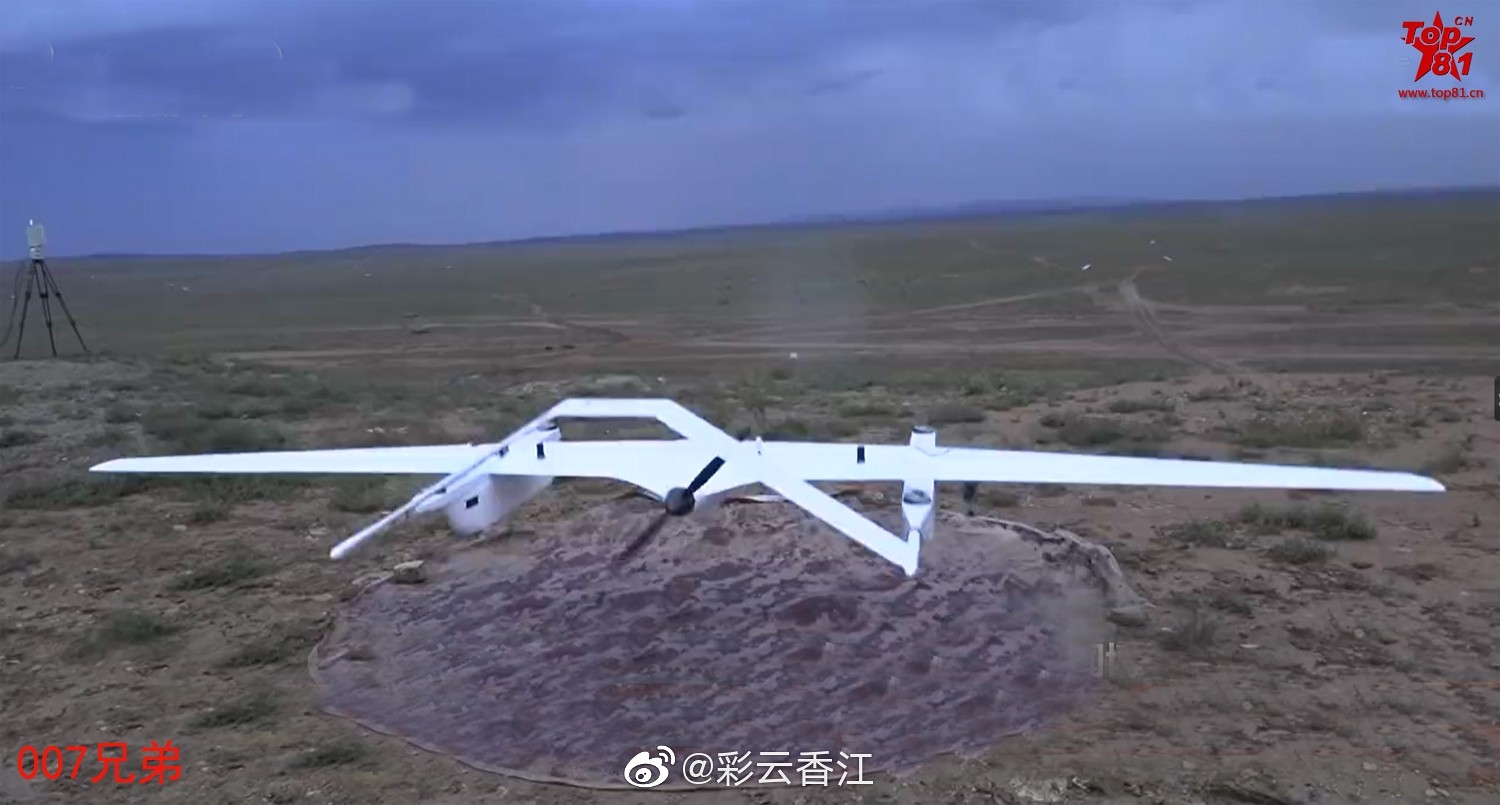 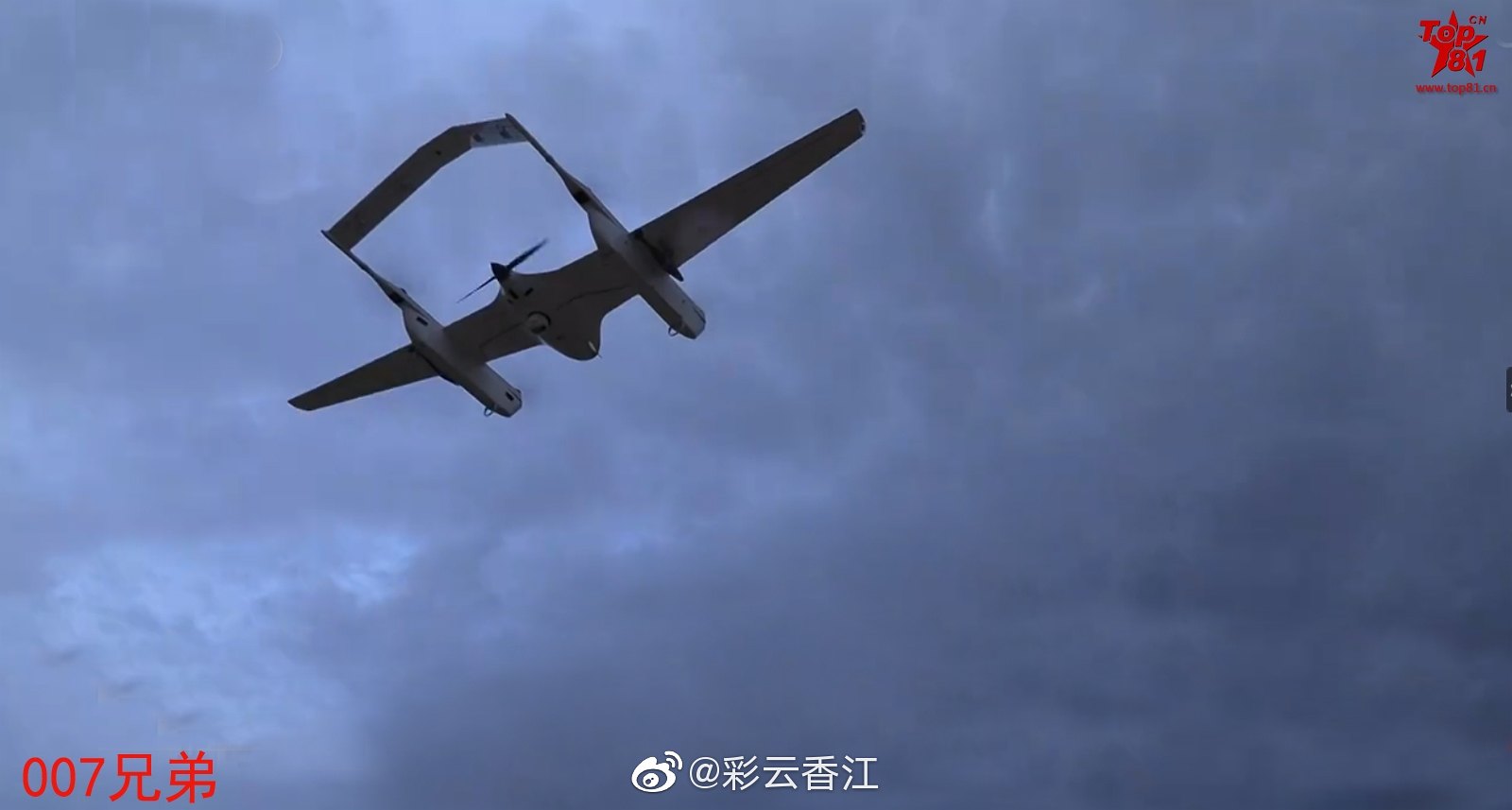 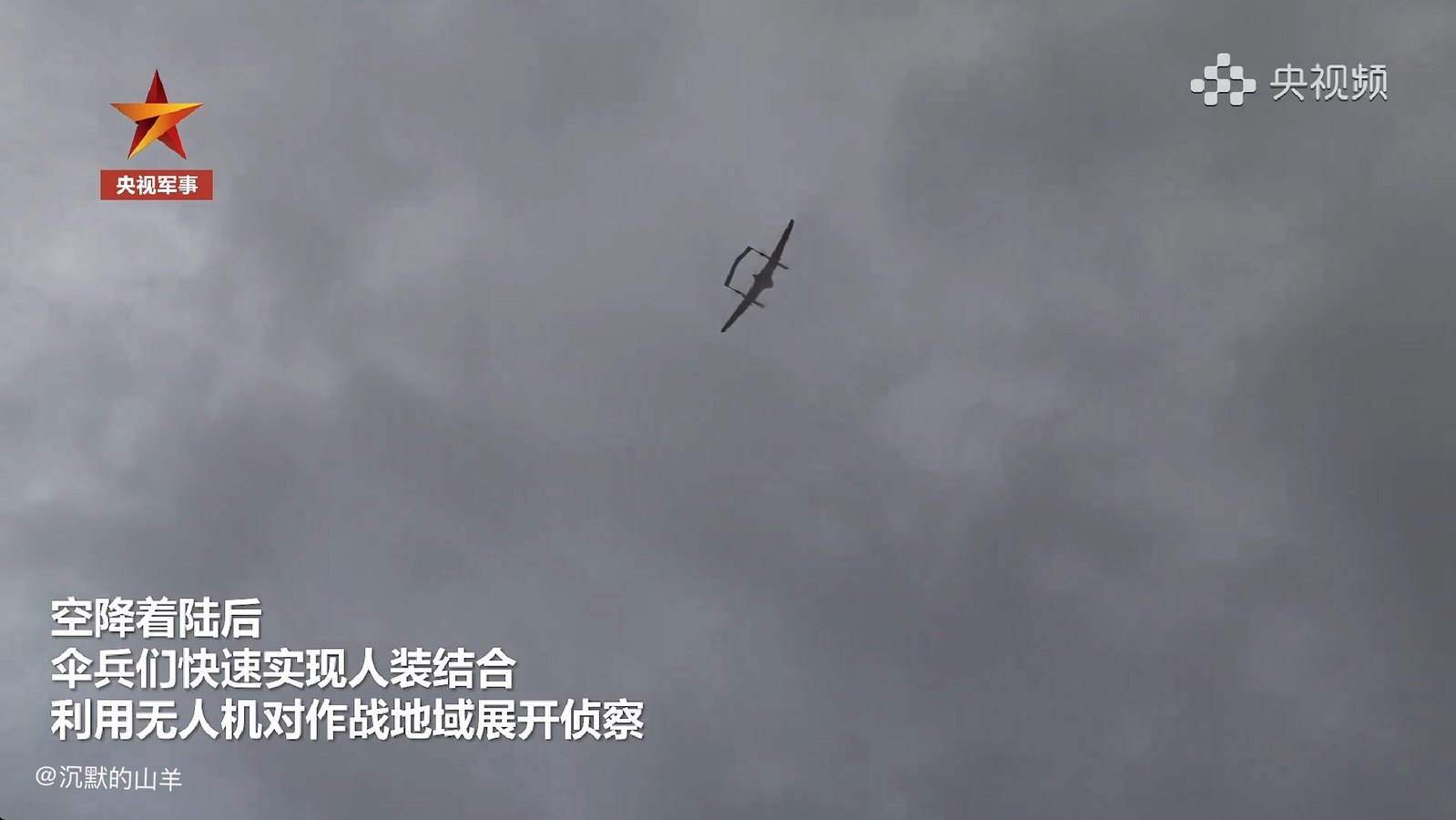 As everyone knows, the CH47 developed by Boeing is favored by the military for its superior performance and reliable stability. Its biggest feature is the use of a pair of tandem-structured high and low rotors with a pair of propellers. ". China received a CH47 in 1975, which was almost intact. The idea of imitation was limited by the backwardness of the helicopter industry. It was finally placed in the Aviation Museum. However, with the vigorous development of China's drone technology, private companies have successfully developed an unmanned helicopter that looks like a "Chinook" and appeared in emergency replenishment exercises in high-altitude areas.

During a wartime replenishment exercise in the plateau area a few days ago, a squad leader of the People’s Liberation Army called to the rear: "Our ammunition will be exhausted!" After receiving the replenishment needs, the rear immediately started the logistics replenishment work. The Chinook helicopter appeared on the scene and was responsible for lifting ammunition and medical supplies, and quickly dropped the supplies accurately on the target area. The ground soldiers quickly entered the battlefield after receiving timely supplies of supplies.

From the delivery of lunch boxes by drone swarms to the delivery of medicines by "chinooks", the delivery of materials by drones is becoming an important supplement to the logistics supply of the PLA. It is reported that this domestically-made "Chinook" helicopter is actually a ZC300 tandem twin-rotor tandem helicopter, with a 3.4-meter carbon fiber composite double-blade propeller on the nose and tail. The body has a wide range of allowable center of gravity. The dual-rotor helicopter can use reverse rotation to offset each other's torque, and there is no need to design a tail rotor. The overall power efficiency is higher and the maximum take-off weight can be increased. Its flight performance and payload far exceed those of ordinary multi-axis drones, making it an ideal choice for the development of cargo helicopters.

The aircraft is equipped with a special airdrop cargo box on the abdomen, which can put ammunition, medicine and food into the cargo box. The airdrop box can deliver materials more accurately, and the helicopter can also land on the ground for replenishment. Compared with traditional multi-axis drones, ZC300's procurement cost is also very cheap, the delivery method is more accurate, the load capacity is larger, the range is larger, and it is more suitable for the delivery of weapons and ammunition. It is completely a small battlefield commuter helicopter. .

According to the manufacturer, the ZC300 cargo replenishment helicopter is 3 meters long, 1 meter wide, and has a payload of 120 kg. It is a medium-sized unmanned helicopter. It is equipped with a 65-horsepower water-cooled engine, with a maximum flying speed of 140 km/h, a battery life of 4 hours, and a maximum flying altitude of 4800 meters. The helicopter can be controlled by personnel to deliver materials, or it can be autonomously delivered according to the set route, and can automatically return after the delivery of materials. The 120 kg load means that it can take on the heavy task of replenishing artillery shells and bullets, which can greatly make up for the lack of logistical supplies in plateau areas.

Some netizens questioned: Since the "chi slaves" have such a great advantage, why doesn't China build such a large helicopter? In fact, the real problem in the development of a large-scale "Chinook" is the rotating system and the engine. The engine power of "Chinook" is more than 2,000 kilowatts, and the latest improved version is up to more than 3,000 kilowatts. China now dare not say that there is such a mature engine technology. The second major problem in the development of large helicopters is the rotation system. At present, only the United States and Russia have experience in developing heavy helicopters.

However, China’s drone industry is even more powerful. ZC300 can win by quantity, is more convenient and flexible, has lower operating costs, and can also play an important role in the field of plateau logistics. China has broken through engine technology with a power of 5,000 kilowatts, and it still needs more time to mature. The only difference now is the experience in the research and development of the rotating system. I believe it is possible to develop its own large-scale "Chinook" in the near future. Let us wait and see.