This 知竹 seems to be an amateur cinematographer. She has a lot of short films with wuxia and hanfu as her central themes. She's extremely talented, and her fight choreographies are more beautiful than many big budget films that I've seen.

Seriously, check out her channel!

This is moving. We might strongly disagree with Japanese politic but that does not prevent people to people understanding. Kudo for this documentary producer to show the Chinese effort to resuscitate traditional culture and reflect it back to Japanese lethargic youth
A China-Japan co-produced documentary called "The land of sky, home of the Thang-ka painters" has been given high marks by Japanese viewers on social media. Find out why its director Takashi Inoue wanted to make this documentary.
Please, Log in or Register to view URLs content!

GLOBALink | I hope young Japanese can get inspirations from those Tibetan youths: Japanese director​

Registered Member
I just love how my favourite spokesperson is so cultural.

Interesting I know the origin of Hakka is somewhere in the central plain. But I never know actually it is the city of Luoyang According to this author the origin of Hakka, Minnan people left Luoyang during the Jin dynasty due to sacking of the city by the five Hu(barbarian). Hakka is known for their thrift, hardworking, respect for education. Well known Hakka, LKY, Deng Xiaoping, Zhu De, Yeh Chinying. Taiping. They are the Jew of the Chinese scattered all over the province but mostly in the western Fujian, Guangdong and Jiangxi

Luoyang builds "The Origin of Hakka Ancestors": The Memorial Hall of Hakka Origin is expected to be completed in September next year​ 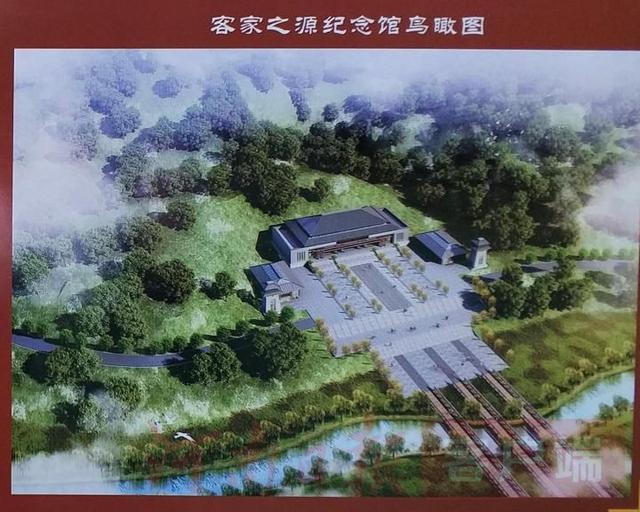 As an important branch of the Han nationality, Hakka is now distributed all over the world, and its roots can be traced back to the Yellow River Basin in the Central Plains. In order to create the brand of "The Origin of Hakka Ancestors", the "Thirteen Dynasties Ancient Capital" Luoyang City, Henan Province officially revealed that the Hakka Origin Memorial Hall and Daguguan Hakka Town Project are expected to be completed in September next year.

According to the "Luoyang Daily" report, on September 22, the third Hakka Culture Forum was held in our city. More than 180 heads of Hakka associations, experts in Hakka culture, and representatives of the new generation of Hakka from home and abroad gathered together. Chang Xugen family friendship.

According to reports, at the forum, Yu Guochun, vice chairman of the Chinese Federation of Returned Overseas Chinese and chief chairman of the Hong Kong Federation of Overseas Chinese Associations, Zhang Runan, president of the Malaysian Hakka Association Federation, and Li Zhitian, a professor at Beijing Normal University, etc. He made a speech on the theme of "Hakka in the Great Valley", which further enhanced the cultural recognition of "Roots in Heluo" by Hakkas at home and abroad and from all walks of life, and created the brand of "Luoyang Hakka Ancestor Origin".

The report also mentioned that on the same day, the guests also went to the site of the ancient city of Luoyang during the Han and Wei Dynasties, the Central Plains Hakka ancestors moved south to the Holy Land Monument in the Hutou Mountain Forest Park in Yanshi City, etc. Topping Ceremony of Zhiyuan Memorial Hall. The Hakka Origin Memorial Hall and Daguguan Hakka Town Project are located in Shuiquan Village, Koudian Town, Yibin District. The project focuses on “guan, customs, roads, Taiwan, and town” to highlight the origins of Hakka culture. It is expected to be fully completed and put into operation in September 2021. use.

According to a report from Luoyang.com at the time, on the morning of May 25th, the Hakka Origin Memorial Hall and Daguguan Hakka Town Project started construction in Koudian Town, Yibin District, Luoyang City. The Hakka Town project is located in the Wan'an Mountain, 7 kilometers southeast of Yibin District, Luoyang City, just south of Luoyang City in the Han and Wei Dynasties. The project is positioned as the root landmark of the Yellow River culture. Henan is an important part of the Tiandi Zhongheluo Cultural Tourism Zone with the theme of seeking roots and worshipping ancestors. It will build a cultural brand project with international standards and Luoyang characteristics to create the spiritual home of Hakka people in the world. The planned area of the town is about 2 square kilometers, with a total investment of about 683 million yuan, focusing on building "one gate, one pavilion, one road, and one platform".

Among them, the first hall is the memorial hall of the origin of Hakka, whose main function is Hakka cultural display, communication, and service. The Hakka Origin Memorial Hall is located on the east side of Laojiuding Road, covering an area of 2413 square meters. The building is a courtyard-style layout. The east and west side rooms are on the first floor and the main hall is on the second floor. The main function is for the Hakka people to find their roots and worship their ancestors and display Hakka culture. The total construction area is 3189 square meters.

On September 18, the foundation stone of the Hakka Origin Memorial Hall project was laid. According to the "Luoyang Daily" report, the project sits east to west, surrounded by mountains and rivers. It is an architectural style of the Han Dynasty and consists of three parts: the Hakka Origin Memorial Hall, the Surname Cultural Park, and the Enclosed House Style Park. After the project is completed, it will provide all-round services such as root search, cultural exchange, conference business, leisure travel, catering and accommodation for Hakkas and tourists from all over the world.

Luoyang is located in the western part of Henan and the middle reaches of the Yellow River. It is named after being located in the Yangtze River of Luohe. It is a historical and cultural holy city with profound heritage and famous ancient and modern history.

According to the official website of Luoyang City Government, Luoyang, as an important birthplace of Chinese civilization and the starting point of the East of the Silk Road, has 13 dynasties established their capitals in Luoyang in history. It is the capital with the earliest, longest and most dynasties in my country. There are 43 cultural relics protection units nationwide, with more than 400,000 cultural relics in the collection. Luoyang is also the cultural root and ancestral line of the global Chinese. The ancestral home of 100 million Hakkas in the world is here, and 70% of the clan surnames in China originated here.

Hakka, an important branch and important ethnic line of the Han nationality. The Hakka people refer to the Han nationality of the Central Plains who originated in the Central Plains or the Yellow River Basin. Since the Eastern Jin Dynasty, they have moved southward and gradually settled in southern Jiangxi, Western Fujian, and eastern Guangdong. They have begun to become an ethnic group with a "special identity".

According to the "Henan Daily", Luoyang is the most important place for Hakkas to emigrate. Hakkas all over the world call themselves "Haluolang". According to historical records, in the fifth year of Yongjia in the Western Jin Dynasty (311 AD), the Huns captured the capital city of Luoyang. The Han people in the Central Plains left Luoyang City, crossed Luoshui in the south, left Daguguan, and reached the Jianghan Plain along the Luoyang-Nanyang-Xiangyang Ancient Road, which was known as the "South Crossing in Clothing" in history. These people were later the first ancestors of the Hakkas, Minnan people and Taiwan Heluolang.

At the Provincial Cultural Tourism Conference held in May 2020, Henan Province decided to speed up the construction of the "One Belt, One Nuclear, Three Mountains and Five Districts" cultural tourism development pattern, and made it clear to rely on Luoyang Daguguan, etc., with the theme of seeking roots and worshipping ancestors. Heluo Cultural Tourism Zone in the world.
Last edited: May 30, 2021

I found this video a little refreshing. Older Chinese being more loose and open to new things. Here in the US if it wasn't a Chinese restaurant, going out to eat with older Chinese relatives, it was just constant criticism of the food. Everyone else doesn't know how to cook. It was annoying. What I find ironic is overseas Chinese think they more "modern" and therefore more civilized than Mainland Chinese but they're more likely to stick to old cultural ways and thinking. In a non-Chinese restaurant they will never be satisfied with the food. I remember my grandmother chewing on a piece of steak. It was like watching someone chewing on bubble gum. She could never chew on it enough to go down her throat. I saw another video from this channel where this guy asks people in Shanghai what was the percentage between Chinese and foreign food they eat and everyone seemed to say 50/50 which was surprising but that maybe because it's Shanghai.

Registered Member
Anybody got a link of the CPC's 100th anniversary celebrations?

Registered Member
Sometimes big doesn't always equal best. My personal opinon on this, it is a bit gross.

The world's largest statute of Zheng Chenggong on horseback

Gatekeeper said:
Sometimes big doesn't always equal best. My personal opinon on this, it is a bit gross.

The world's largest statute of Zheng Chenggong on horseback

Over commercializing everything is the trend of the last decades. Building man-made attractions without much history. Places competing to be "the place" of some historical importance, like the birth place of Huang Di, Yan Di, Da Yu etc.

I thought this kind of thing is being demolished by order from the central government recently. Is this statue still there? Not to be demolished soon?

Here is a report from 2020 about order from the Ministry of Housing and Rural Development. The status in the report are all to be demolished.