Chinese state-owned company PTI is scheduled to begin the construction of a full-fledged and permanent submarine base in Bangladesh’s
Please, Log in or Register to view URLs content!
in the current fiscal year.

The construction cost of the proposed base for keeping and operating submarines has been estimated at Tk 10,300 crore, officials said.


The Chinese company has been appointed for the job through a government-to-government negotiation between Bangladesh and China.


The construction of the permanent base, which would have facilities like wharfs, barracks, an ammunition depot, repairing arrangements and training provisions, is expected to be completed in 10 years by the fiscal year 2027-28, said the officials.


A special allocation of Tk 54 crore would be required within the outgoing fiscal year for payment of the consultancy fees for the project to be implemented by the Bangladesh Navy.

Inter-Services Public Relations director Lieutenant Colonel Md Abdullah Ibn Zaid on Saturday told mediapersons that they did not know anything about the construction of the base.

‘We will have to know it from the Navy,’ he said.

The Navy received the delivery of two submarines from China in 2016-17, which it is operating now from a makeshift base in the same district.

Named as Nobojatra and Joyjatra, the submarines were procured under a G-to-G contract from China in 2013 at a reported cost of US $ 193 million after both submarines went through extensive refitting and modernization.

The Navy had been persuading the government to build a permanent base since the commissioning of the Ming-class submarines in the Bay of Bengal.

The government is also founding a new naval base at Rabnabad in Patuakhali that will have submarine berthing and operation facilities to ensure security of the Payra Sea Port.

The implementation of the naval base project, BNS Sher-e-Bangla Patuakhali, was set to start from June 2018 to be completed in June 2021 at an estimated cost of Tk 1,081.50 crore.

The entire fund is to come from the state coffers. 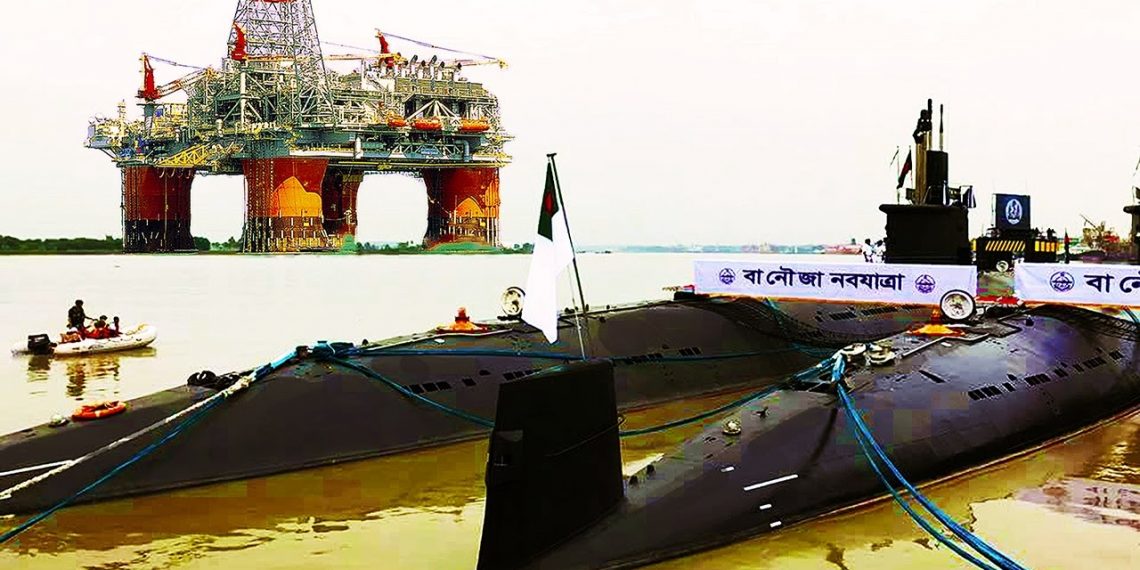 Please, Log in or Register to view URLs content!
Both Phnom Penh and Beijing have repeatedly denied the existence of an agreement to build a joint cooperative military base, while Washington has repeatedly attempted to convince Cambodia to avoid military cooperation with China.

Cambodia has signed a deal with China to provide Beijing with a naval base, The Wall Street Journal reported Sunday.

According to the report, US officials received an early draft of the deal, reportedly signed this spring, which says that Cambodia will grant China access to an naval base located in Ream in the Gulf of
Please, Log in or Register to view URLs content!
(Gulf of Siam) for 30 years, with automatic renewal every 10 years.

However, both Beijing and Phnom Penh have repeatedly denied that the deal has taken place, with a Cambodia government spokesperson dismissing the report as “fake news.”

“Nothing is happening like that,” he told The Wall Street Journal.

Earlier in January, the Cambodian prime minister called a rumour of the deal “fake news,” adding that
Please, Log in or Register to view URLs content!
’s Constitution “does not allow any country to set up military bases” in the nation.

At the time, the US Department of Defence sent a letter to Cambodian Defence Minister Tea Banh inquiring why Phnom Penh had declined an offer to repair the Ream Naval Base.

The DoD spokesman commented on the issue in January saying that “perhaps, there will be some changes in the future,” without providing details.

US officials are now discussing how they can influence persuade Phnom Penh to reverse the alleged decision, as the base would allow China to post military personnel, store weapons and berth warships much closer to sensitive areas, The Wall Street Journal report says.

The US and its allies have tried to dissuade Cambodia from allowing a Chinese company to build the Dara Sakor International
Please, Log in or Register to view URLs content!
, set to open in 2020, The Hill report says. The airport, built with a 99-year lease, has 2-mile long runways which The Hill says will fit for Chinese heavy transport military aircraft.

Relations between Cambodia and the United States hit a low point in August 2017 after Phnom Penh accused Washington of interfering in the country’s domestic affairs. In January, Cambodian media speculated that a Chinese naval base on Cambodian shores would give Beijing access to a new flank in the contested South China Sea region, where China is engaged in a continuing row with the US over freedom of navigation issues.

Satellite image of the Djbouti base, taken on the 17th of October, 2019.

abc123 said:
I read on several places that China has SIGINT station on Great Cocos Island in Myanmar. Is that truth?
Click to expand...

Lots of rumors, but nothing concrete. Looking at it on Google Earth, I'm personally skeptical. Though it is undoubtedly strategically excellent, the infrastructure visible doesn't seem characteristic of what you see elsewhere for Chinese bases. It's very undeveloped and haphazard compared to Djibouti or the SCS. That said, I'd love to know for sure. China must surely be interested in them. Myanmar is a close ally and the island would be a perfect base to base naval assets to secure the eastern Indian Ocean and the Bay of Bengal, as well as a counterbalance to the American forces on Diego Garcia.

Satellite update of the Djbouti base from November. Construction looks to be wrapping up. 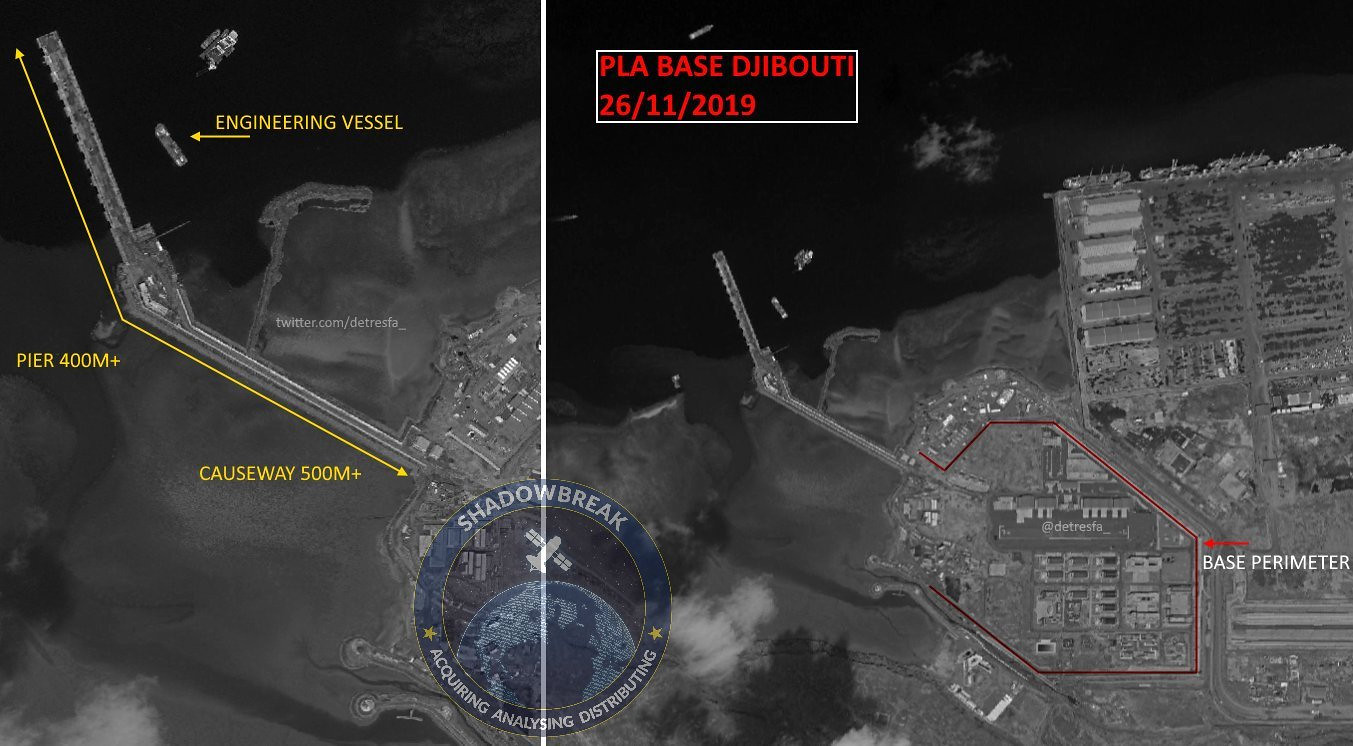 Latest satellite update of the Djbouti base. The new pier is almost done. 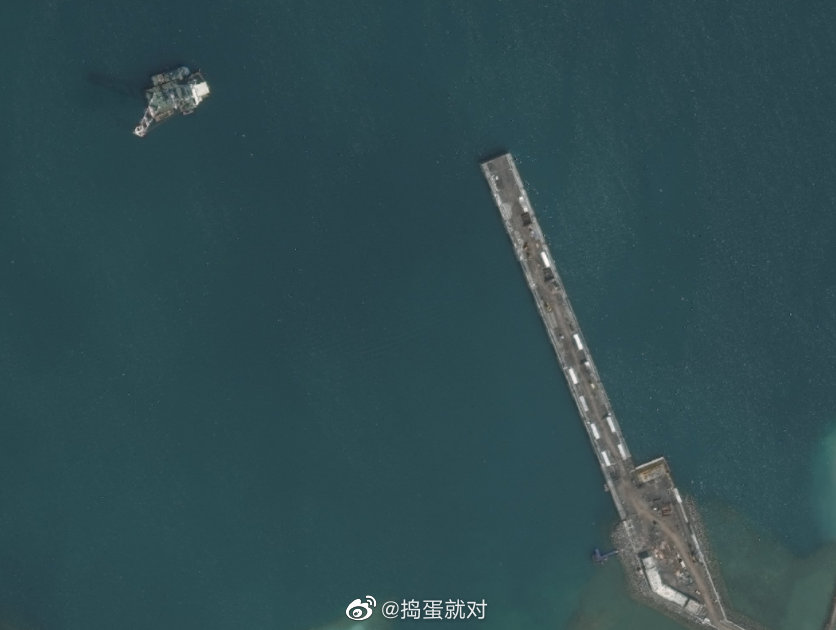 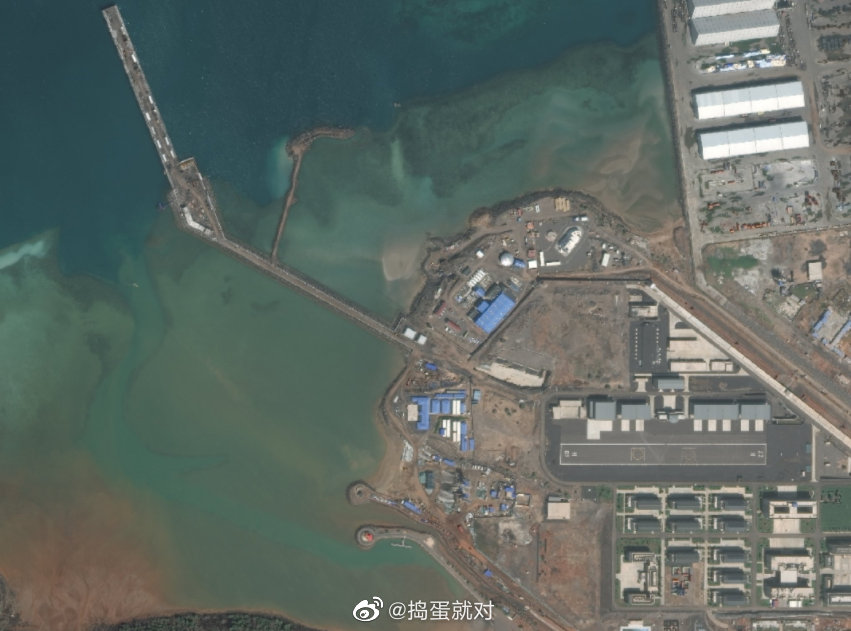 linking here what I've now noticed which is

Recent satellite images of the Djibouti base. 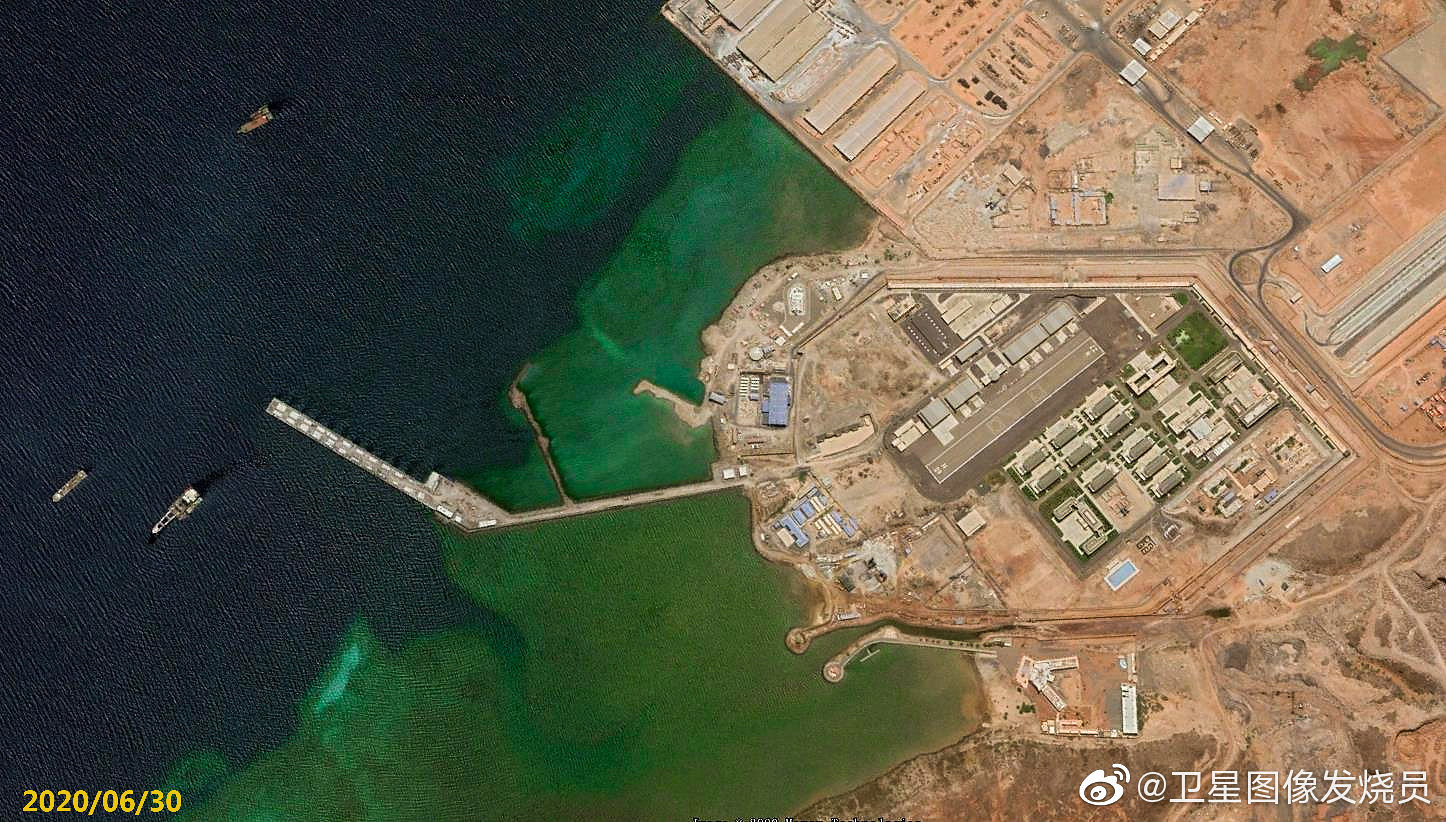 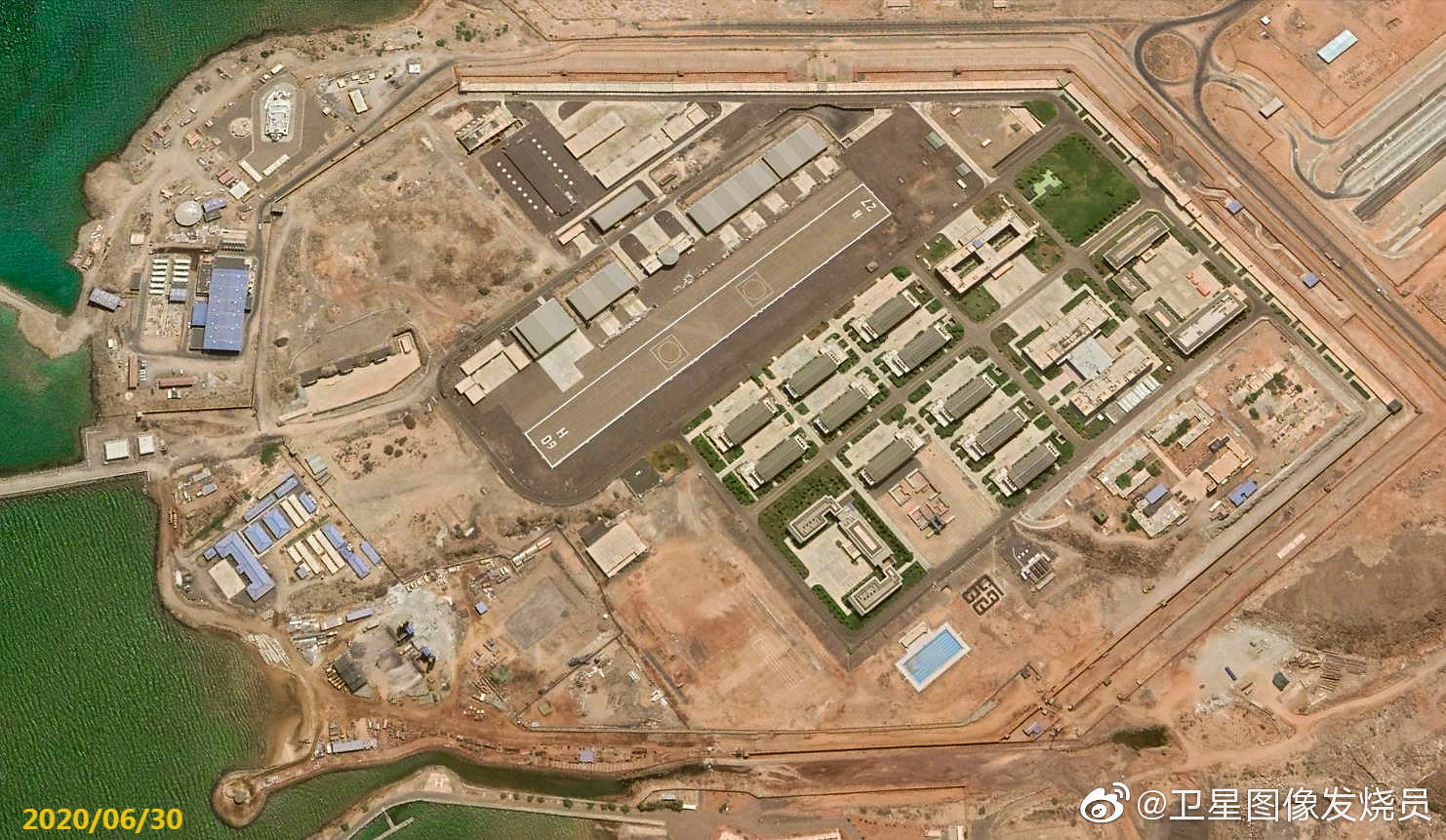 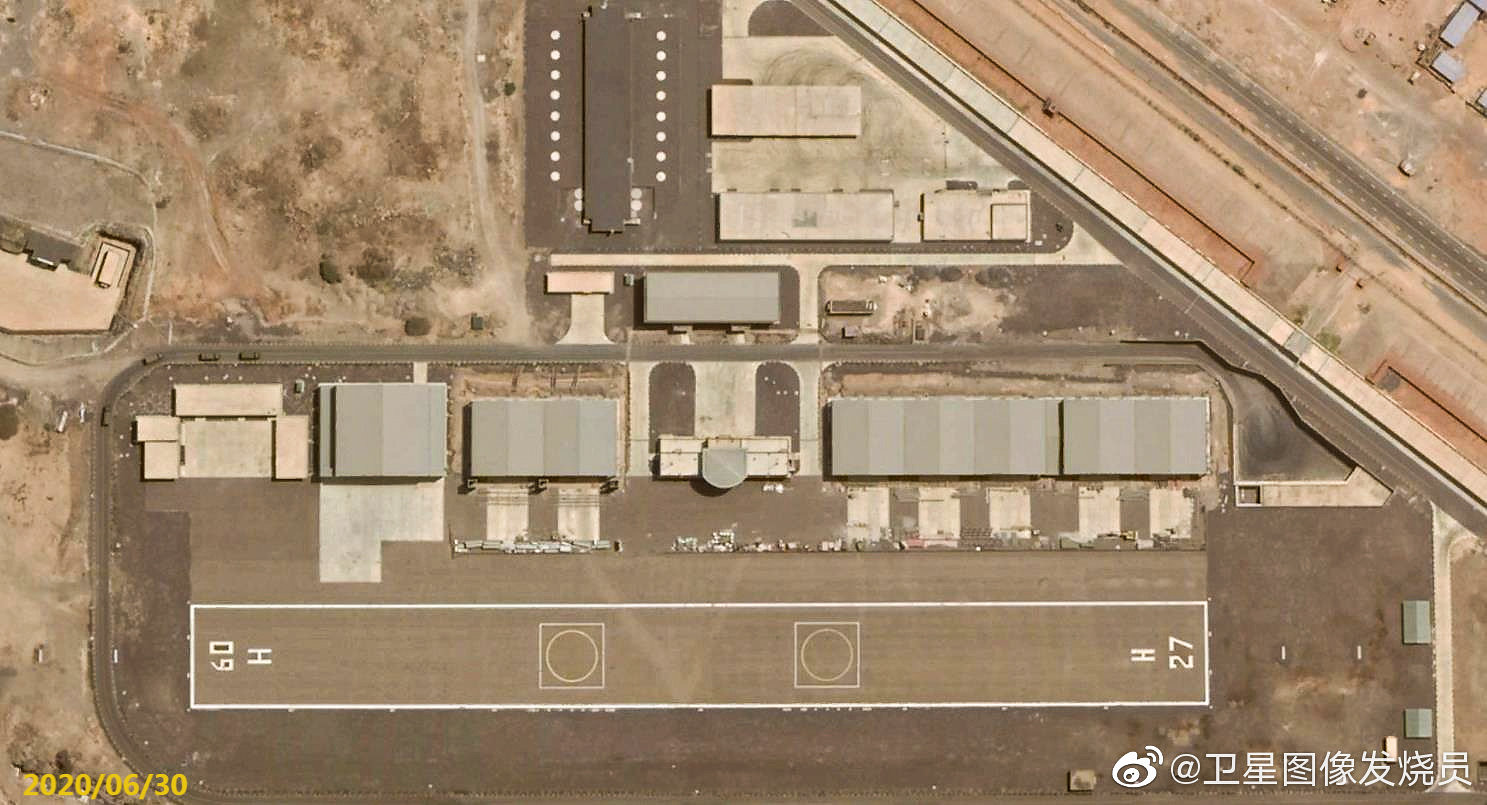