Note that the targets are all just plastic hobbyist drones, not even metal professional/commercial ones.
I

The F-35's lasers are not hard-kill lasers; they're intended to disable IR sensors on short-range missiles. The J-20, to the best of our knowledge, does not have IR countermeasures of this sort, and if they come on, they'd have to come on through pods.
V

Inst said:
The F-35's lasers are not hard-kill lasers; they're intended to disable IR sensors on short-range missiles. The J-20, to the best of our knowledge, does not have IR countermeasures of this sort, and if they come on, they'd have to come on through pods.
Click to expand...

Putting laser pods on the J-20 or the F-35 will seriously degrade their stealth levels, not to mention their flight performances. And that is in conjunction with all the calculation works needed to effectively program the laser pod to accurately target a missile speeding in at match 3 and above while doing multiple Gs.
Until these obstacles can be surmounted, the best and surest way for stealthy fighters to defeat IR missiles will be using IR reducing coating and decoy flares.
O

Registered Member
It's certainly no easy task but an IR missile coming more or less head on towards you does not mean chasing the seeker at diode rotation speeds of mach 3 because the relative motion to the laser diode will be relatively predictable and slow. In fact the most difficult thing will be the hardware rather than the software for such a system. Making a variable diode that can change direction and stay on a target with the right stability, all while the plane is in motion will be difficult.
O

PanAsian said:
Note that the targets are all just plastic hobbyist drones, not even metal professional/commercial ones.
Click to expand...

Those tests are to shown off accuracy apparently. Because small drones are smaller targets etc. Sure we don't know how far away they were or if and how fast they were moving to really judge. Rest assured though. Any military that fields these sorts of anti-drone lasers know exactly which ones they can engage effectively because these tests would have been done well. I'm sure the outputs can also destroy large military UCAVs otherwise there'd be zero point in developing and fielding this stuff for now. It's really more a question of effective range and accuracy than power output, hence the small drones to "demonstrate" those abilities. I mean you're not going to shoot down $20 drones with $50 cameras spying on your facility with $50k missiles right? So lasers are a great way to deal with even the small drones. 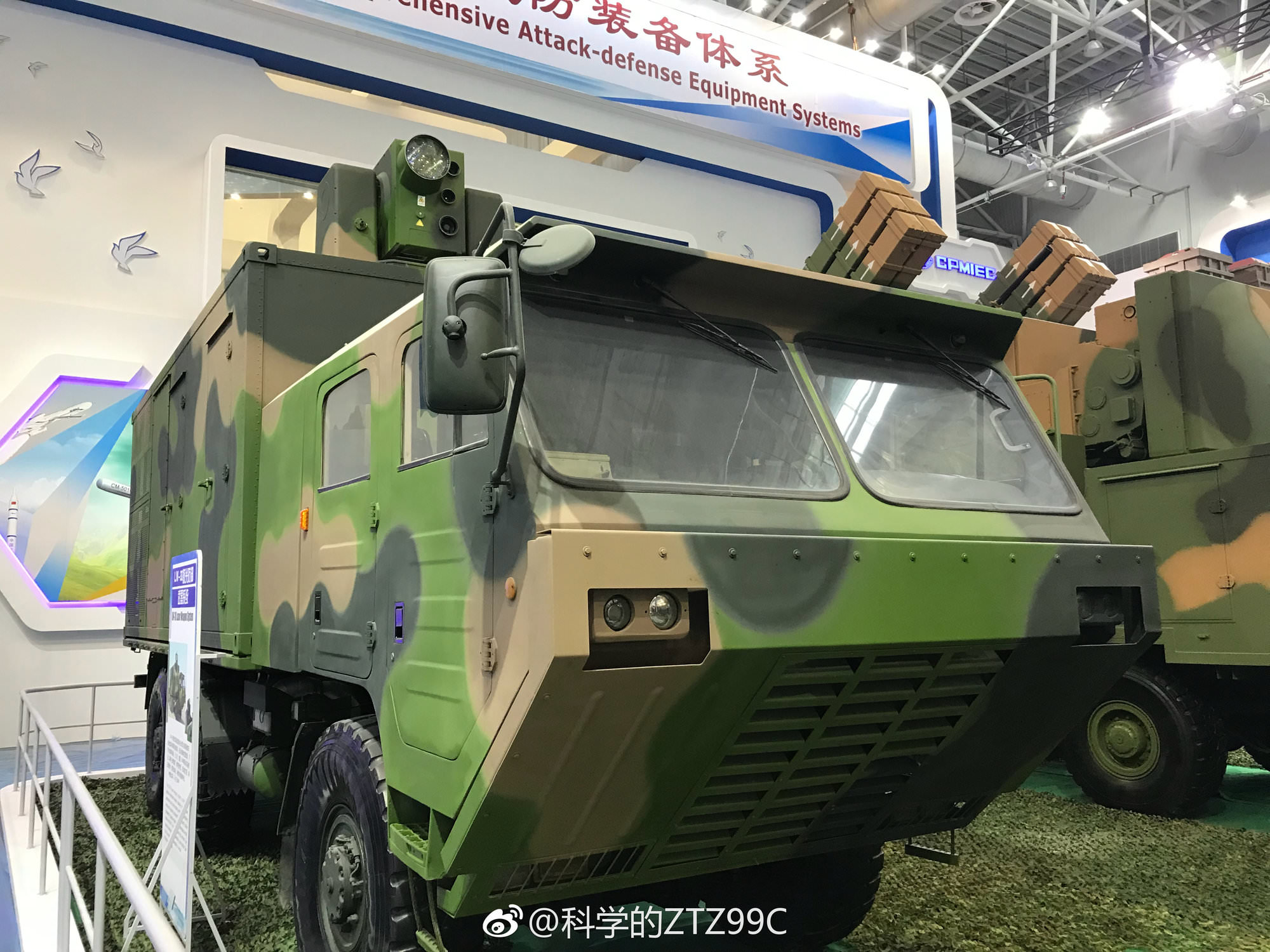 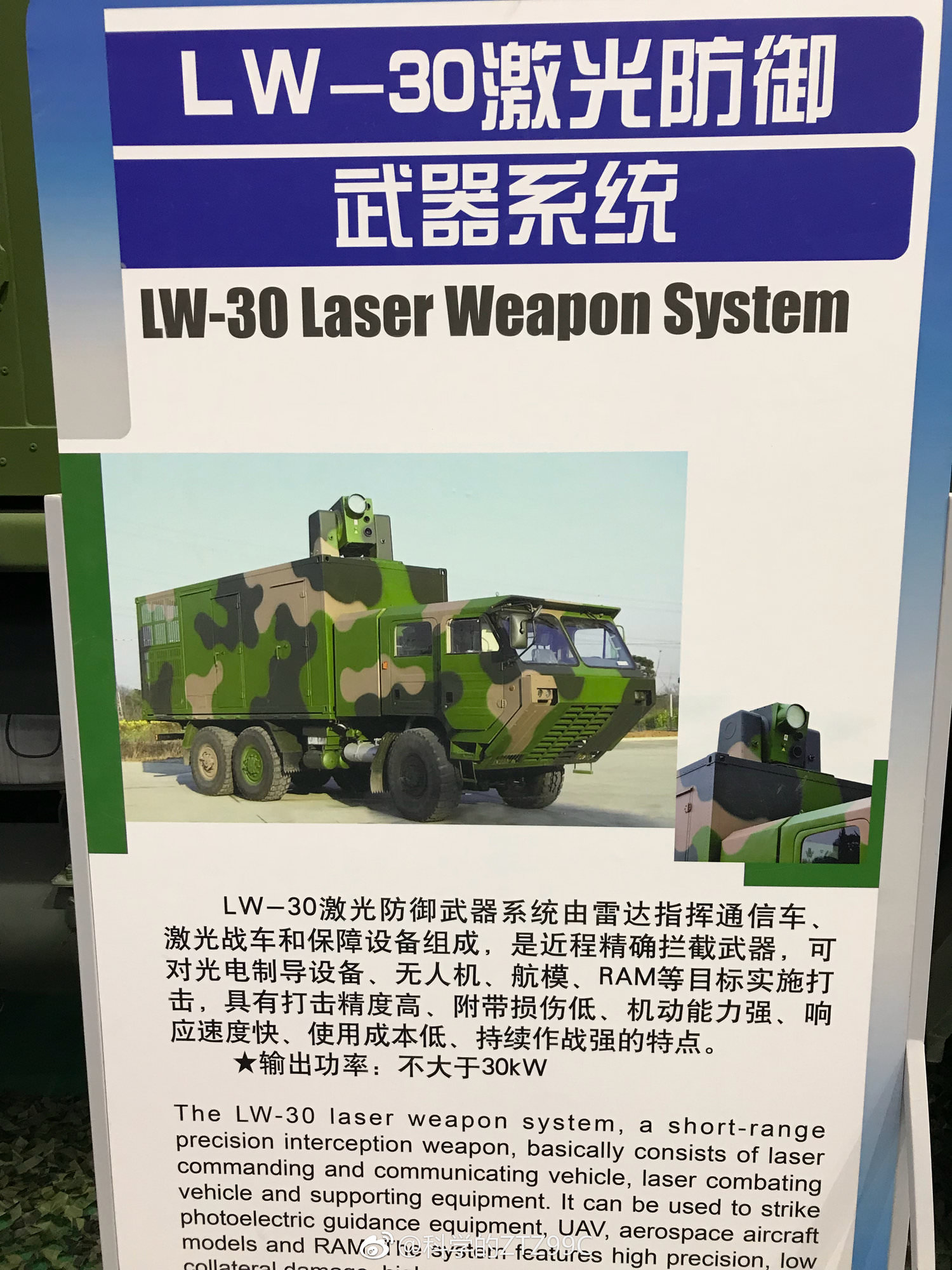 
With a low cost per shot and an infinite magazine, LW-30 laser weapon system is effective over land, air and sea.

The truck-based system currently can destroy targets from up to 25 km away with an energy beam of up to 30 kilowatts.

The AirShow China 2018 exhibition is set to take place from 6–11 November.
Click to expand...

I think 25 km is probably the maximum dazzling range against photoelectric guidance equipment.

A new laser weapon system debuted at Airshow China 2018 could effectively contain tactical reconnaissance and prevent terror attacks and can be easily deployed on level ground like the plateaus of Southwest China's Tibet Autonomous Region and islands of the South China Sea, military analysts said.

According to a statement CASIC sent to the Global Times on Sunday, the LW-30 laser defense weapon system could use a directional-emission high-energy laser to quickly intercept many kinds of aerial targets, such as photoelectric guidance equipment, drones, guided bombs, and mortars.

The system consists of a radar command communication vehicle, a laser vehicle and a support vehicle. The system can be flexibly deployed in key areas based on specific scenarios and demands.

It can complete independent operations or multiple network strikes, and can be integrated into traditional air defense weapon systems, said the statement.

Specifically, it can cooperate with traditional weapons such as the close-in weapon system and air-defense missiles, the statement said.

Song Zhongping, a military expert and TV commentator, told the Global Times on Sunday that the system aims to detect and strike low, slow and small (LSS) targets, which refers to those that fly below one kilometer, at speeds around 200 kilometers per hour and have a radar cross-section smaller than one square meters.

According to Song, terrorists usually use LSS targets to carry explosives and radioactive substances.

The system could be deployed on the Qinghai-Tibet Plateau and South China Sea islands, he noted.

Analysts said the research progress and technical status of the system are very mature, and it may soon enter into military service. 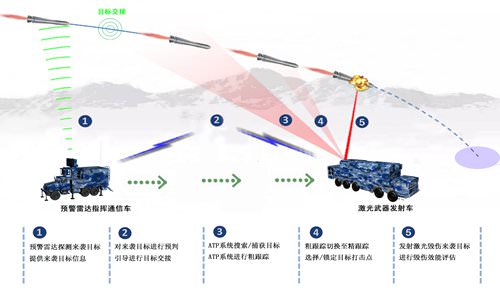 The image from the Zhuhai expo seems to show the laser tracking and destroying an air-to-ground missile.


I think 25 km is probably the maximum dazzling range against photoelectric guidance equipment.
Click to expand...

An energy beam of up to 30 kilowatts can only destroy a small unarmored drone.

SamuraiBlue said:
An energy beam of up to 30 kilowatts can only destroy a small unarmored drone.
Click to expand...

LAWS on USS Ponce is around 30KW and could destroy drones and small boats.

How big a target can this laser kill? “We can disable [a] rather large craft or helicopter,” Klunder said. An aircraft, of course, would then crash; a boat would be “dead in the water.”
Click to expand...