Deino said:
Again, it is not the pure thrust, that values a commercial engine but other specifications like fuel consumption, economics, and ecological considerations and at least by my understanding the WS-20 was never planned for the C919.
Click to expand...

Exactly why I was curious to know why the WS-20 is being involved here with C919 talks.

When I said CJ-1000A can be forced upon airlines if it is less than ideal in fuel efficiency and other economical metrics, I am assuming that would be the case but the engine is assumed to be entirely safe and worthy of comparison with western equivalents in this thrust range. The only disadvantages assumed to be those economic factors is still not so terrible a price to pay for giving the C919 an engine IF western engine purchases are banned which I think is unlikely.

I did actually discuss and note the economic aspects and the safety so I'm not sure what latenlazy and you are referring to. Anyway hope that clears things up.

In summary the CJ-1000A is not ready yet in the sense of passing preliminary performance and reliability/safety standards for commerical airliners and if it ever does, let's assume it doesn't match the very best in economic factors (which is fair because PW GE RR CFM IAE have much more experience in the natural competition). But even if it passes the preliminary certifications just so that it's worthy of application on airliners, the CCP can still force the engine on the C919 if there are no alternatives, before the design can match economic performance of western engines. This is a smallish price to pay because Chinese airlines servicing domestic customers (so no American FAA approval) don't absolutely must need the very best in efficiency. I'm not sure what the monetary gap would be per C919 flight but I'm more than certain we're talking very small beans until it flies enough hours. Anyway all that is sort of off-set with cheaper fuel sources although the opportunity cost is there. What sort of economic inefficiency levels are we even assuming here. It could be marginal if it exists at all.
Last edited: Oct 8, 2020
L

ougoah said:
Yes exactly. So I'm saying if the CJ-1000A ever gets to that level of maturity.
Click to expand...

What I’m saying is that the vast majority of reliability testing time is to ensure safety. 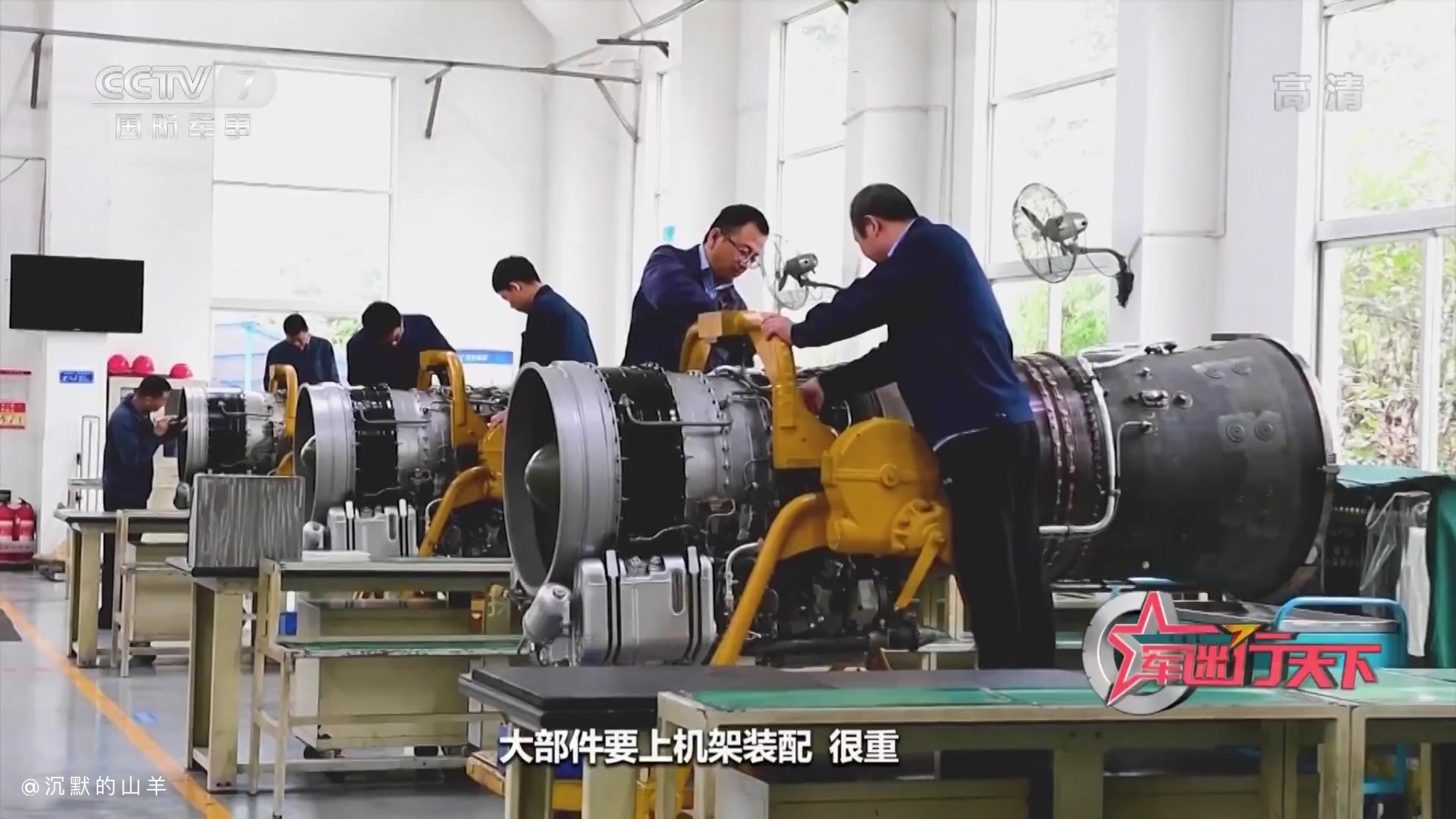 Any idea what kind of engines these are?

I don't know. Judging by the size, they could be turboshafts (with many components taken off for maintenance), although they don't look like turboshafts. Maybe a small turbofan for UAVs?
Last edited: Oct 8, 2020

ougoah said:
WS-20 flight tests already delivered around 10% if not more thrust than the high bypass engines used in the A320 from the CFM to IAE to PW engines. They're all 90 to 110KN whereas the WS-20 has achieved more than 120KN. Perhaps you were thinking of some other high bypass engines from CFM/PW/GE with the 180KN thrust range.

According to this China Military Online article, the WS-20 has a thrust of above 15 tonnes/~150 kN.

BEIJING, June 30 -- Since the outbreak of the COVID-19 epidemic, China's domestically developed Yun-20 large transport aircraft has carried out missions abroad for many times, successively delivering anti-epidemic supplies to Pakistan, Thailand and other countries. Recently, it made its maiden flight to Russia to transport the PLA Guard of Honor to participate in the military parade staged in Moscow's Red Square. Military expert Chen Hong said that in the future, the Yun-20 transport aircraft is sure to significantly improve the combat capability of the PLA troops.

A solid backing to the PLA Air Force

In the modern warfare with wider war zones and faster war pace, countries all over the world are trying to strengthen the quick response and long-range delivery capabilities of their troops, to quickly transport their troops and weapons to areas in urgent need and save time for the reinforcement of follow-up troops. Under this situation, the armed forces of all countries are eager to equip large-scale heavy-duty transport aircraft.

According to the information from Tang Changhong, chief designer of the Yun-20, the maximum take-off weight of the aircraft is 220 tons, and the maximum loading capacity is 66 tons.

"To build up a modern PLA Air Force with strong combat capability, it is quite necessary to equip large transport aircraft like Yun-20, the speed of which is more than three times that of high-speed rail trains and more than 20 times that of marine transportation. It can get the whole combat units rallied in the shortest time, greatly contributing to the rapid deployment of troops and enhancing combat capability", said Chen Hong.

At present, China's Air Force is in urgent need of Yun-20 transport aircraft. Chen Hong said that in view of China's current goal of building up a strategic air force, several hundred Yun-20s are needed at least. "It marks a magnificent progress in the history of China's Air Force. I believe there will be even more advanced aircraft to equip China's Air Force in the future", added Chen.

Look like old engine for J7 iyang Wopen-13F/WP-7 turbojet taken from this documentary about engine repair workshop somewhere close to Wuhan. Yup it take a long time to master the Jet engine design and development specially for China who start from the ground up like this repair workshop then improvement then design

aero engine. How to repair the aero engine, which is known as the heart of the aircraft, to the blue sky? What kind of unexpected technological process does the processing of parts as thin as hair go through? This program walks into the "third-line factory" in the mountains and unveils the difficult past of Warhawk engine maintenance.

Registered Member
edit...
You must log in or register to reply here.