Registered Member
China is the IPO emperor this year!

Tunnel boring machines have been exported to more than 30 countries.

https://twitter.com/i/web/status/1597044037097500672
Huge trade surplus for China - however, Chinese policymakers have no intention to make a marked appreciation of RMB for now. Let's wait for the birth of petroyuan after Xi's visit to Saudi Arabia and the Arab-China Summit in December.

supercat said:
Tunnel boring machines have been exported to more than 30 countries.

https://twitter.com/i/web/status/1597044037097500672
Huge trade surplus for China - however, Chinese policymakers have no intention to make a marked appreciation of RMB for now. Let's wait for the birth of petroyuan after Xi's visit to Saudi Arabia and the Arab-China Summit in December.

Why do you want to filter out oil and iron ore? To insinuate that China being mercantilist by exporting tons of manufacturing goods to the "rest of the world?" For one thing, China doesn't have enough oil and iron ore and it has to pay for those imports, the only way to pay for them is by utilizing the resource it has in abundance: labor and human capital. What is wrong with that? And, if you want to drive your point even further, why don't you also filter out semiconductor import, by far the largest import for China?

In fact, you can't just filter out oil, iron ore or semiconductor and only keep the export, because much of them go into the export goods. If you take them out, Chinese export will collapse to a much smaller scale, therefore defeating your point.

I guess you don't have a point to begin with.

Alexander Novak recalled that payments under contracts for gas supplies from Russia to China are already switching to the national currencies of the two countries
Click to expand...

I never worried about Yuan. As the world factory and with other countries running double digits inflation, Yuan would only go up in the long therm.

Yuan to see increased use in bilateral trade between China and Russia as dollar, euro share declines, ‘pushing internationalization drive’ 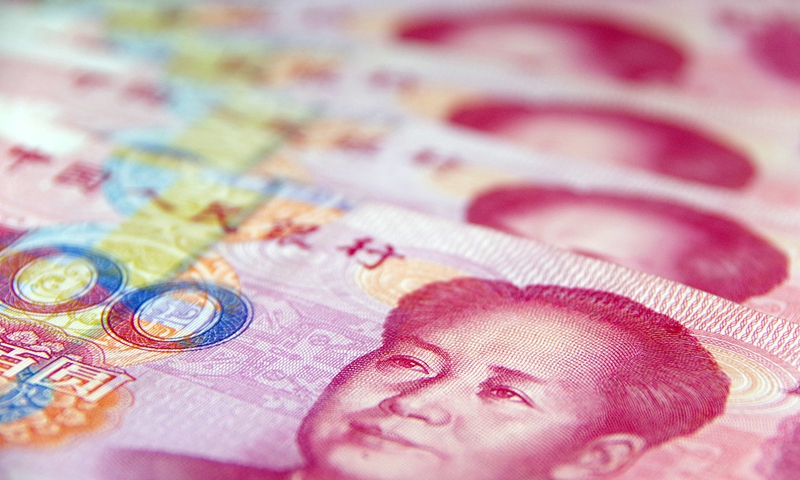 More Chinese yuan is expected to be used in cross-border settlement between China and Russia, further promoting yuan's internationalization process, a Chinese expert said on Friday, after Russia's central bank said international settlements and payments in alternative currencies have soared at the expense of the US dollar and the euro.

The comments were made as the US-led West tightens their sanctions against Russia, as most recently seen by efforts of the Group of Seven nations trying to impose a price cap on Russian seaborne oil.

Against the backdrop of Russia cutting its usage of US dollar and the euro, while increasing settlement in local currencies in foreign trade, the Chinese yuan has become an ideal choice for Russian businesses due to China's status as the world's second largest economy and the engine of global economic growth, Li Xin, director of the Institute for Eurasian Studies at the Shanghai University of Political Science and Law, told the Global Times on Friday.

As more Russian companies seek to settle their exports in yuan, the yuan faces a historic opportunity in speeding up its internationalization process, Li said.

The share of international settlements and payments in currencies other than the dollar and the euro has moved up from 21 percent to almost 50 percent, Russian news agency TASS reported on Thursday, citing the Financial Stability Review by the Bank of Russia.

The share of friendly countries' currencies in export payments reached 46.6 percent, up from February's 13.6 percent, according to the Russian Central Bank.

As a number of Western countries try to remove Russia from their economic system, choosing to work with partners on local currency settlement has become Russia's goal.

The yuan comprised about 17.9 percent of Russia's trade settlements with China in 2021, up from 2014's 3.1 percent, according to media reports.

In September, Russian state energy giant Gazprom said it has reached several agreements with China National Petroleum Corporation, including on the use of Russian roubles and Chinese yuan to pay for Russian natural gas supplies to China.

More Russian companies will seek yuan as the currency in cross-border payment, though whether a certain company decides to let the buyer of its products pay in yuan will still be subject to the company's circumstance, Li said, when asked whether more Russian energy companies will choose to settle their exports in yuan due to reduced access by companies to traditional payment methods and the freezing of Russian overseas gold and foreign exchange reserves by some Western countries.

The surge of interest has seen the yuan's share of the currency market jump to 40-45 percent from less than 1 percent at the start of the year, according to the report, citing an executive with the Moscow Exchange's foreign-exchange market department. The dollar/rouble pair, by comparison, has seen its share drop from over 80 percent in January to 40 percent as of October.

A growing list of Russian companies, including aluminum giant Rusal and largest oil company Rosneft have also completed yuan-denominated bond sales this year or are planning to do so.


Please, Log in or Register to view URLs content!
is on track to hit a new high this year. In the first 10 months of this year, bilateral trade totaled $153.94 billion, up 33 percent year-on-year, according to data from China's General Administration of Customs.
T