Registered Member
From the video I posted, the ARJ-21 is fine to me. Uneventful, if not boring, a little noisy due to the engine placement, but it looks perfectly good for a regional jet. Maybe its not as cutting edge to a Bombadier or Embraer competitor but that's also fine, as long as it delivers the goods safely and efficiently. More Chinese airlines are starting to buy the jet.

Tam said:
I found a YouTube video of an ARJ-21 passenger flight. Its got nearly 2 million views by now after a year.

Registered Member
The Bombardier CSeries (now Airbus A220) fuselage is manufactured in China by Shenyang Aircraft Corporation.
The Embraer E-jets are decent aircraft but the CSeries is technically more impressive.

China could have done worse with a first commercial aircraft than the ARJ-21. Had it not been delayed so much it could have been quite decent in the international market. With the decade delay it is technologically a bit obsolete but it doesn't mean it will not be successful. It certainly has the sales potential in China and countries with tight budgets.

Hendrik_2000 said:
Here is what this Sr(*(& Aboulafia said about ARJ 21 right keep dreaming. And where is bombardier or Embraer now they are bankrupt and Embraer is close to bankrupt

Please, Log in or Register to view URLs content!
Product Overlap And National Pride. China’s first national jet, Comac’s ARJ21, is basically a failure – it’s heavy, technologically obsolete, and very late. After several decades of existence and four years of production, just a handful have been delivered to a few marginal Chinese airlines. However, in theory, it directly competes with Embraer’s E175. It would be a remarkable – and unlikely – admission of failure for China to give up on that national jet, yet that would be the inevitable result of acquiring Embraer since the E175 is vastly superior.

Please, Log in or Register to view URLs content!
What aircraft has Comac built?
So far it has built two jets - the ARJ21 and the C919 - and is working with Russia on a third.
Only the 90-seat, ARJ21 jet is in service. However, after suffering from delays, and being plagued with noise and other problems, the aircraft has been roundly rejected as inferior to planes from competitors such as Brazil's Embraer and Canada's Bombardier.
Among the critics is Teal Group aviation analyst Richard Aboulafia.
He says that while the aircraft was touted as proof China would be the next big jet maker, it turned into an "overweight and stunningly obsolete product that has no relevance outside of China's tiny regional airline sector".
Click to expand...

It's quite some time ago but wasn't Richard Aboulafia the guy who poo-pooed the J-20 when it first appeared in the scene as somewhat another copy of the J-8? 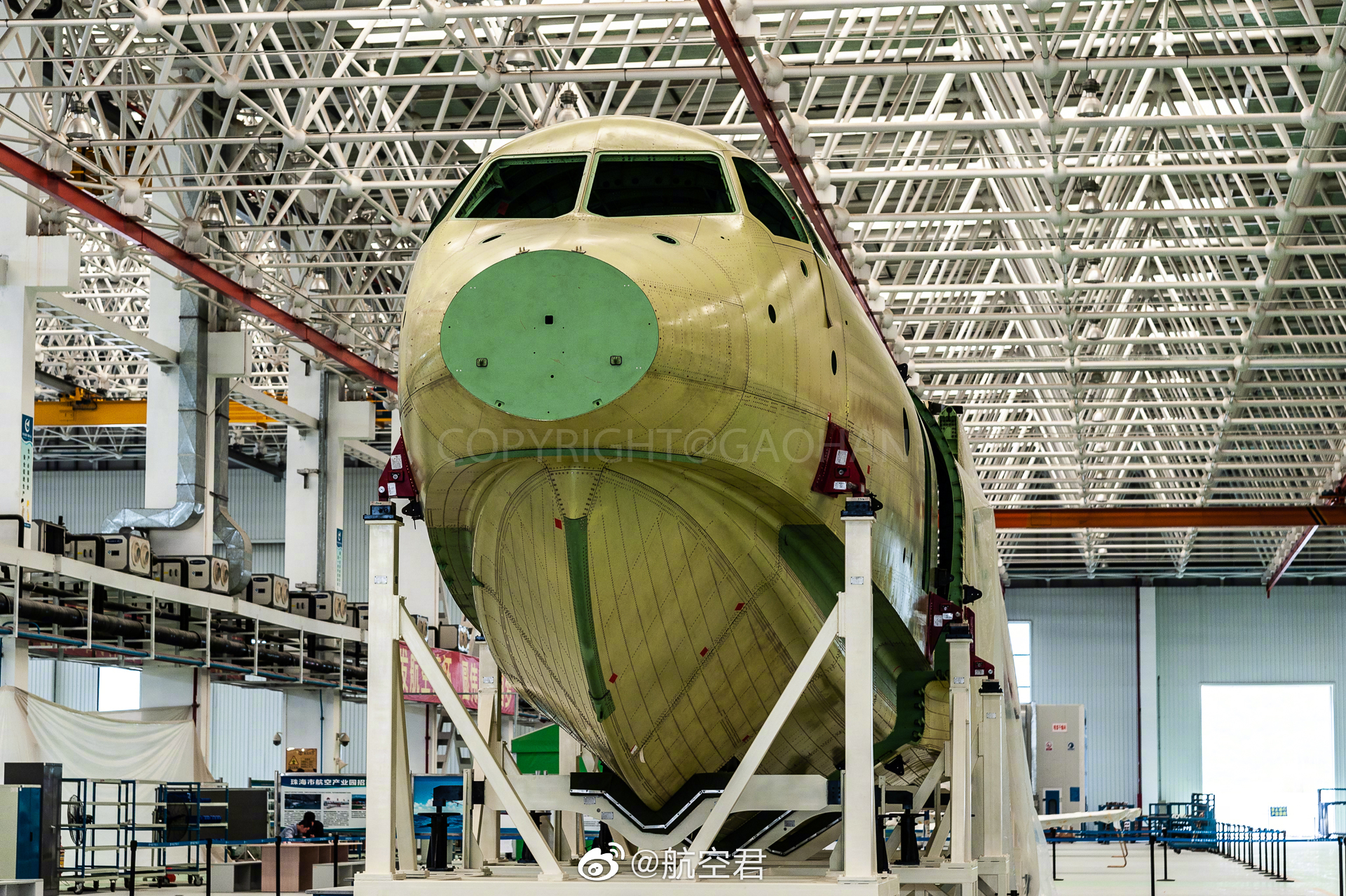 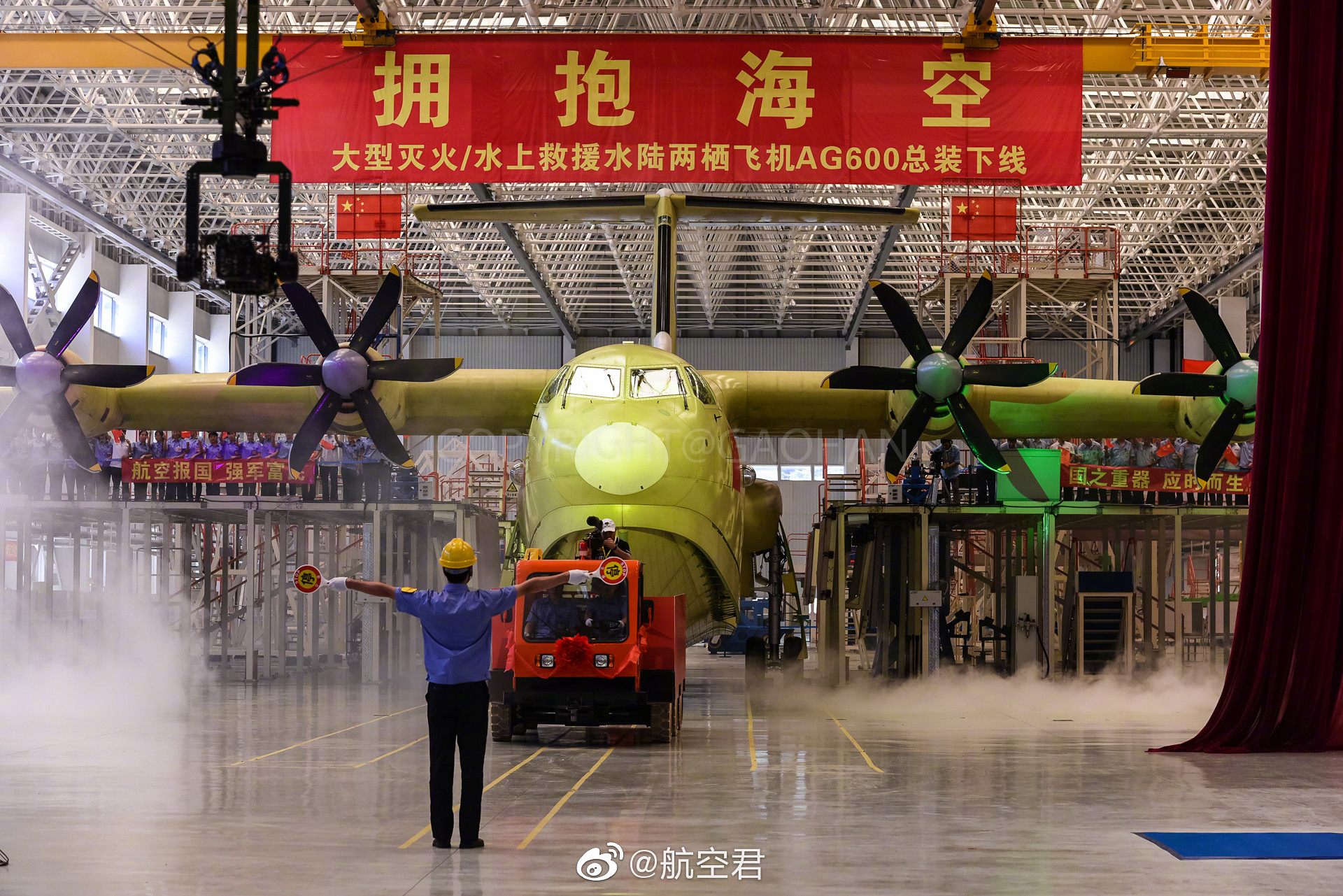 Hendrik_2000 said:
Here is what this Sr(*(& Aboulafia said about ARJ 21 right keep dreaming. And where is bombardier or Embraer now they are bankrupt and Embraer is close to bankrupt
Click to expand...

What exactly are you taking issue with (other than Aboulafia's characterization of China's regional aviation sector as tiny perhaps - tiny, as compared to what?)? He's outspoken and when commenting on subjects that, frankly, are not his core competency (e.g. military aviation, especially non-Western) frequently overshoots the target. But his opinions on matters of the airline sector are always worth giving due consideration to.

The ARJ21 IS overweight and it IS obsolete (even more so than it would have been anyway, had not been delayed so preposterously). By the time it "entered service" (with loose ends yet to tie up which would've precluded certification anywhere else!), the lighter E-175 had been around for 11 years and delivered some 300 frames! Commercial success was never its primary objective, so to hold the ARJ21 to that standard *exclusively* is to miss the point somewhat, but I doubt even its developers would say it met expectations. Let's stay realistic.

Bombardier? A victim of their own ambitions, trying to serve too many markets at once. Boeing's trade war which drove them into the arms of Airbus was merely the straw which broke the camel's back. Was the CSeries to ultimately blame? Perhaps - but equally you could argue it was their insistence on holding onto their rail business and wanting to maintain a complete range of executive jets at the same time. It's not so clear-cut. Embraer? Put into an impossible position through no fault of its own by Bormbardier's fate, which turned their primary competitor from a company of similar size into Airbus, and the failure of the resulting Boeing tie-up. In marked contrast to Bombardier, their focus and execution had been exemplary up to that point, they would have easily held their own.
Last edited: Nov 21, 2020
T

gelgoog said:
The Bombardier CSeries (now Airbus A220) fuselage is manufactured in China by Shenyang Aircraft Corporation.
Click to expand...

I'm not sure it is, actually. Originally that was the plan, but SAC had serious trouble with quality control (possibly processing the Al-Li alloy gave them difficulties?) in test samples and fuselage production was brought back in-house. Bombardier tentatively intended to move it to China again after a certain number of airframes, but AFAIK that point was never reached before the project was bought out by Airbus. No idea whether the plan survived that.
G

Tirdent said:
I'm not sure it is, actually. Originally that was the plan, but SAC had serious trouble with quality control (possibly processing the Al-Li alloy gave them difficulties?) in test samples and fuselage production was brought back in-house. Bombardier tentatively intended to move it to China again after a certain number of airframes, but AFAIK that point was never reached before the project was bought out by Airbus. No idea whether the plan survived that.
Click to expand...

If they haven't managed to get that technology, I think Russia has some experience in Al-Li.
I know they used to be the leaders in that in Soviet times and they have the fabrication capacity for the alloys themselves.
But I am not sure if their metalworking skills have dented with time or not.
Russia supplied Al-Li technology to the US in the 1990s so I am pretty sure they would do the same for China if they needed it.

I don't think they would transfer the wing manufacturing technology right out of the bat though. I think China needs to keep its expectations reasonable. Russia needs to have something to sell. Don't think they'll just give leading edge technology it took them a decade to R&D and hasn't even entered mass production in Russia yet for peanuts. But there is a wide range of skills and techniques they can offer to the project and I think advanced Al-Li construction is one thing they would likely share.
I

Registered Member
Either Biden removes those sanctions or I think Boeing will get sanctioned too.
It was not in prior lists but I suspect now it will be. All those electric systems replacing hydraulics on the 787...
I wonder how many systems use rare earth magnets.
You must log in or register to reply here.