Hitomi said:
I see the HJ-16 on the display as well, is there newer info on this ATGM?
Click to expand...

Not much is known, but its range is apparently ≥14km, and it uses laser guidance. The launch vehicle houses a UAV that can lase the target for the missile, and I believe there's also a laser emitter located on the vehicle's optoelectronic mast.

Registered Member
What's the difference between HJ-9A and HJ-11A? both just look like Norinco's version of TOW-2A and that's about it
B

Registered Member
I didn't know that HJ 16 atgm use laser guidance.
Wasn't the guidance system man in the loop?
C

The Observer said:
What's the difference between HJ-9A and HJ-11A? both just look like Norinco's version of TOW-2A and that's about it
Click to expand...

Please, Log in or Register to view URLs content!
It is arguably a more modern missile with IIR guidance and inclusions of GNSS and a data-link. It is also rumored to be using a lower trajectory and has a 7 times heavier warhead.
Click to expand...

No, CM501GA is more advance than Hellfire/Brimestone missile, basically next generation product.


Reclaimer said:
What would be the equivalent of the Brimestone missile for the PLA?
Click to expand...

by78 said:
The newly unveiled HJ-20 and HJ-50 ATGMs, displayed here as a single model because their exterior designs are identical, differing in only range and payload size. The HJ-20 has a maximum range of 25km, and HJ-50 has a maximum range of 50km. Both are image-guided, over-the-horizon ATGMs, and both use broadband wireless datalink to communicate with the operator. Both feature lock-on and forget, but with man-in-the-loop mode. Due to their very long attacking range, they rely on other assets such as drones and forward observers to provide them with approximate positions of targets. Once fired, the missile beams back a video feed to the operator, who then locks on to target. The operator may then choose to walk away after the lock-on, or he may choose to re-insert himself and re-take control of the missile and guide it to target. Both HJ-20 and HJ-50 are launched vertically from vehicles (Mengshi 4x4). They can also be used to attacked fixed targets such as enemy command posts, communication nodes, radar positions, etc. 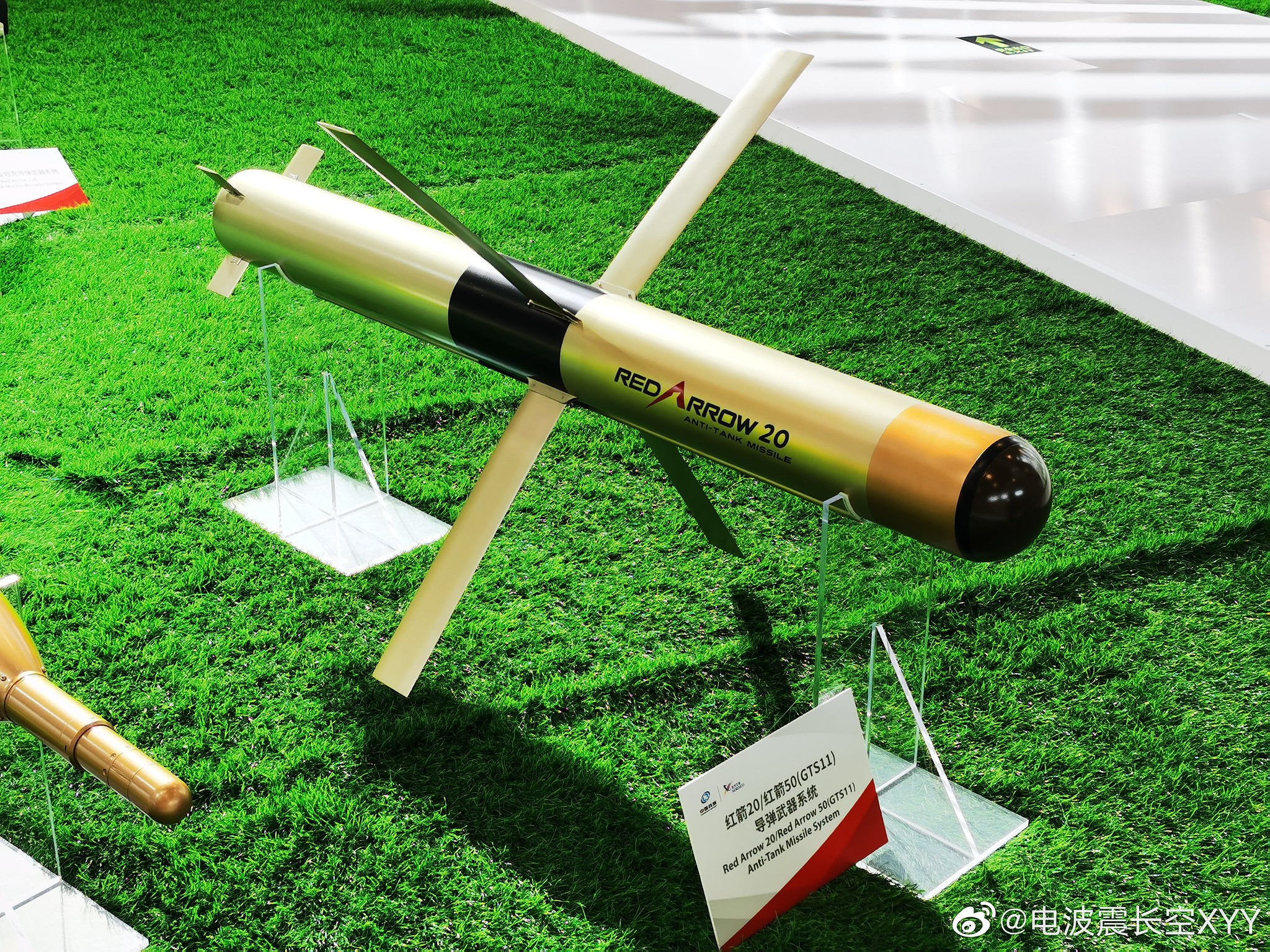 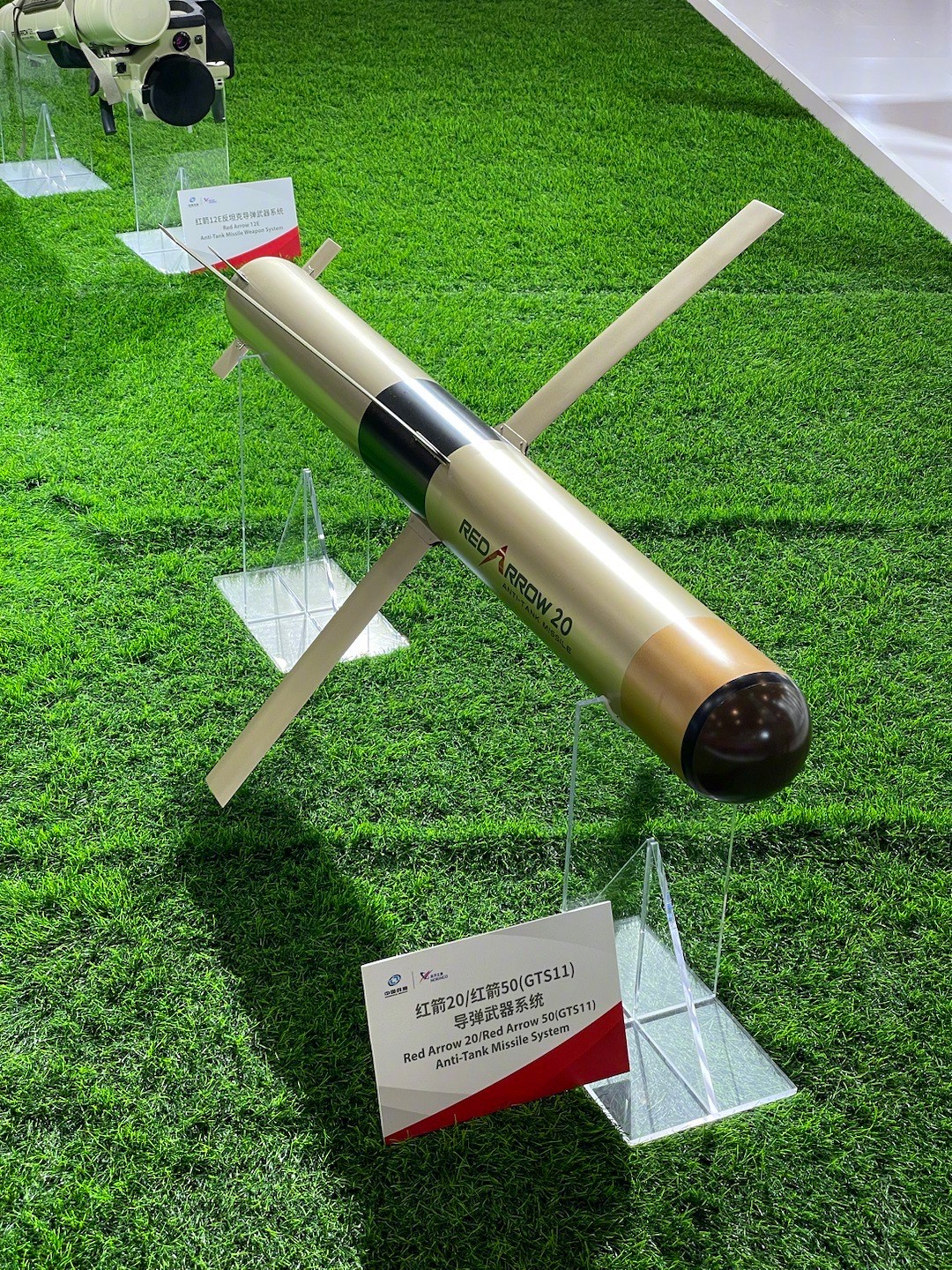 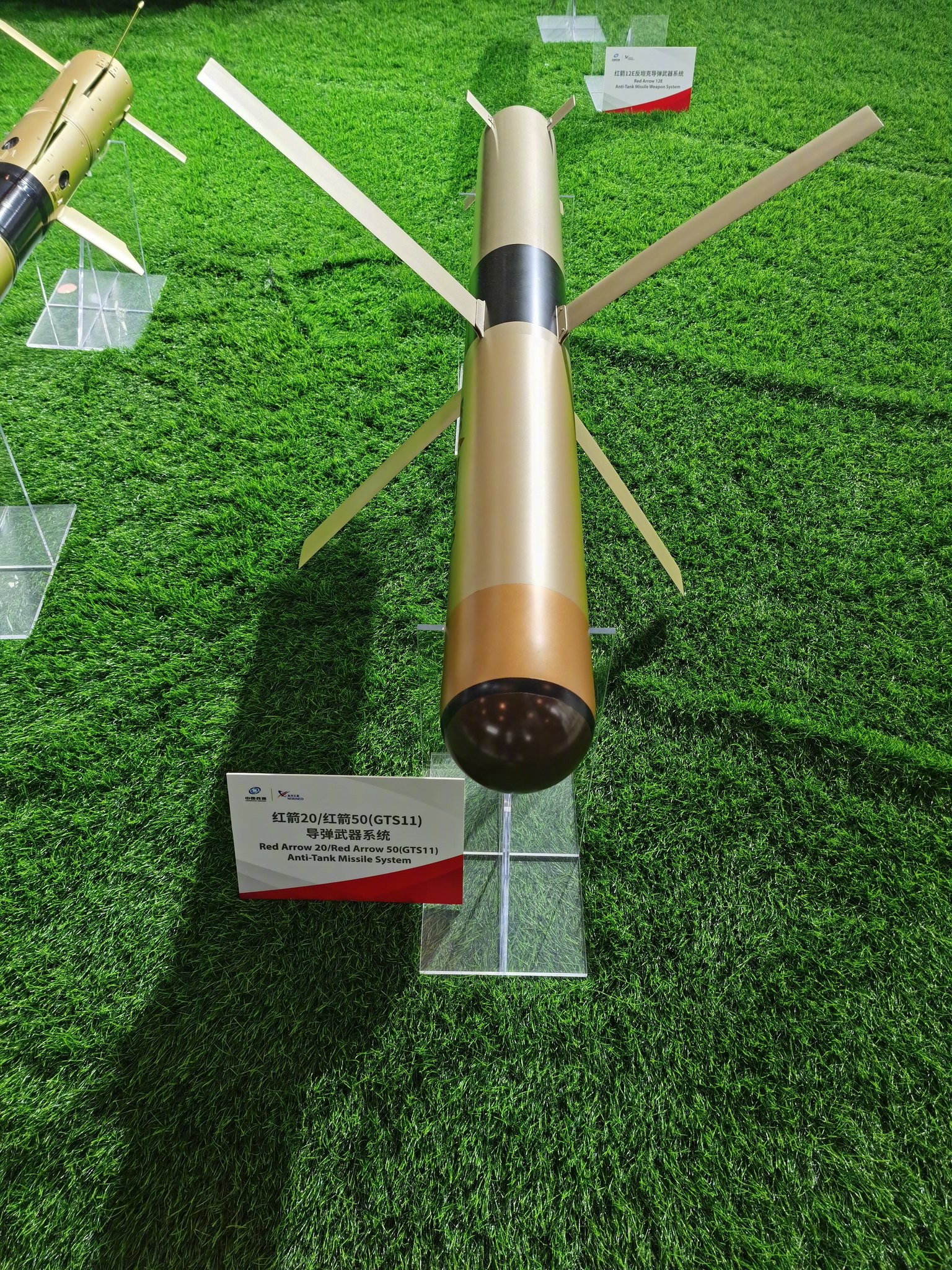 Registered Member
Uk has convert there brimstone into ground launch missile,likely norinco may have similiar project for ba21.
C

Chavez said:
Uk has convert there brimstone into ground launch missile,likely norinco may have similiar project for ba21.
Click to expand...

Check the CM501GA series and HJ-20/50, Hellfire/Brimstone is the outdated missile, today is the age of Spike NLOS.

An image depicting the ongoing propagation of HJ-12: soldiers of the 78th group army being trained to operate the new ATGM. 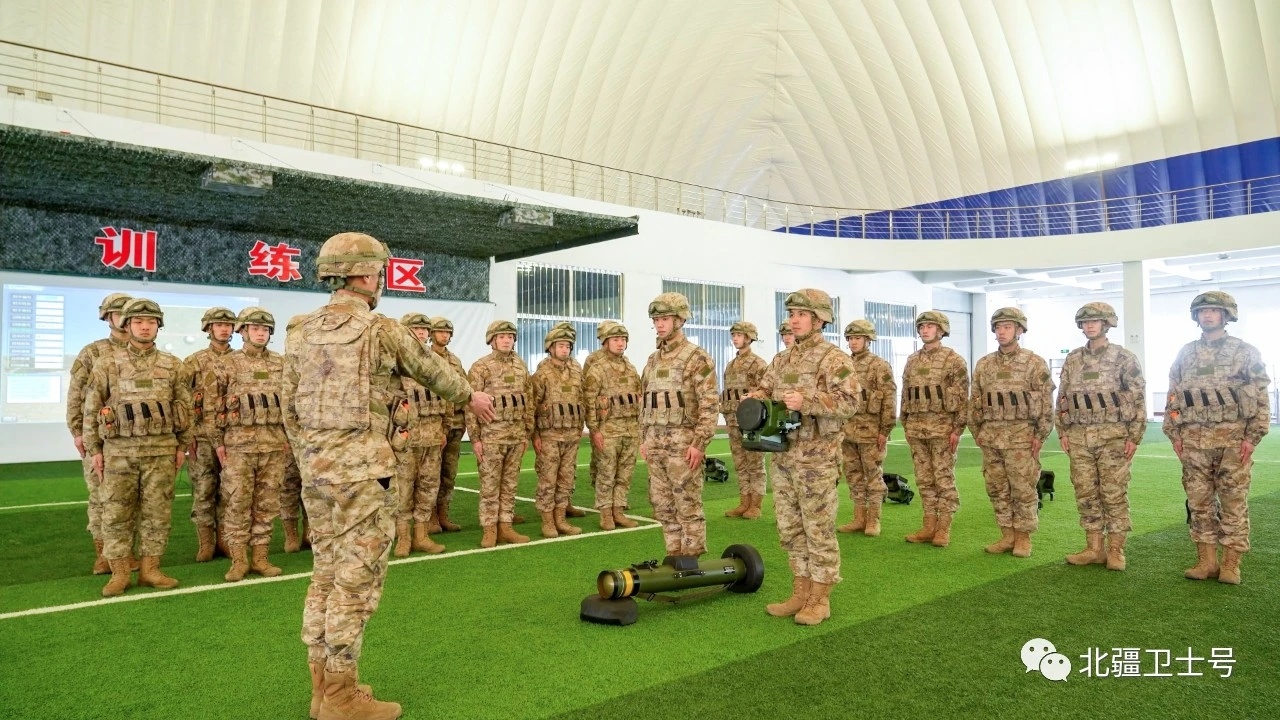