Pls take a look and read this article, It's from ABC(AUSTRALIA BROADCASTING CORP), Stan Grant from memory is a former correspondent of CNN in the Asia Pacific region. He witness the rise of China and hold a more balance view of the world. His article is an admission of the failure of liberal democratic policy and its advocacy. And I'm surprise that he is allow by the network to write and express his opinion., A reflection or a realization?

This was hubris that assumed the supremacy and universality of liberal democratic values. Simply, it meant: get with the system or get left behind.

Mahbubani says the 1990s marked the end of Western domination and a turn to the rise of Asia, particularly China.

Harvard University professor Joseph Nye has reminded us that "American dominance was never as great as some myths make it out to be".

Please, Log in or Register to view URLs content!
Despite wishing it so, China has not become like the West. It has grown richer, stronger and more authoritarian — and it has not been on the wrong side of history, writes Stan Grant.

Registered Member
Wow!!! Bravo Stan Grant, we need more of you to educate the WEST that DOMINATION is an alien/foreign concept and hold no meaning for us Chinese. The most common term and practice that we use is co-existence and respect.

The ABC's International Affairs Analyst Stan Grant says to say China is 'rising' misses the psyche of the Chinese, who see themselves as returning to dominance.

Please, Log in or Register to view URLs content!
The ABC's International Affairs Analyst Stan Grant says to say China is 'rising' misses the psyche of the Chinese, who see themselves as returning to dominance.

Now in this thread we have discussion about softpower. Some Say China does not have softpower But is it ? The western press have been hyped up the softpower of the west with their Holywood and super megaphone MSM like Reuter, BBC, NYT, time and Newsweek But I rather follow the trail of money because talk is cheap put the money where their mouth is the true softpower. In this aspect China is one of the champion everybody tripping over each other to invest their money in China . 2019 is not much different than US

Yicai Global) Dec. 30 -- China's foreign direct investment in actual use is set to reach USD140 billion this year, an all-time high, the Ministry of Commerce said.

This will bring the country’s FDI over the period of the 13th Five Year Plan from 2016 to 2020 to around USD690 billion, an 11.5-fold increase from the 12th Five-Year-Plan, the ministry said on Dec. 25. The government’s Five-Year Plans set targets and directions for the long-term development of the national economy.

China accounted for 9.2 percent of the world’s total FDI in 2019, up from 6.6 percent in 2015, and is expected to hold an even bigger proportion this year despite the overall decline in transnational investments, the ministry said. The country has ranked second in the world in terms of foreign capital inflows for three years in a row from 2017 to 2019.

Foreign capital has made a big contribution to the development of China’s economy, the ministry said. Exports by foreign-backed firms came to USD3.9 trillion between 2016 and 2019, accounting for 41.7 percent of the total. Their imports amounted to USD3.4 trillion, 44.8 percent of the total. These firms have helped generate 40 million jobs as of the end of last year, around 10 percent of employment in cities, it added.

China has also been consolidating its position as a major investor overseas and is already among the top three countries in the world in terms of outward direct investment. It has seen an average capital outflow of USD148 billion per year between 2016 and 2020.

Chinese companies had established 44,000 businesses abroad as of the end of 2019, totaling an outward investment of USD2.2 trillion, third highest in the world. Together they hold overseas assets worth USD7.2 trillion.

China has signed 202 contracts with 138 countries and 31 international organizations so far for the joint construction of the Belt and Road Initiative, a colossal infrastructure project stretching from East Asia to Europe. There has been stable growth in investment in and cooperation with countries along the BRI route between 2016 and 2020, with USD90 billion in aggregate investments, USD670 billion worth of newly contracted projects and USD420 billion in completed turnover, it said. 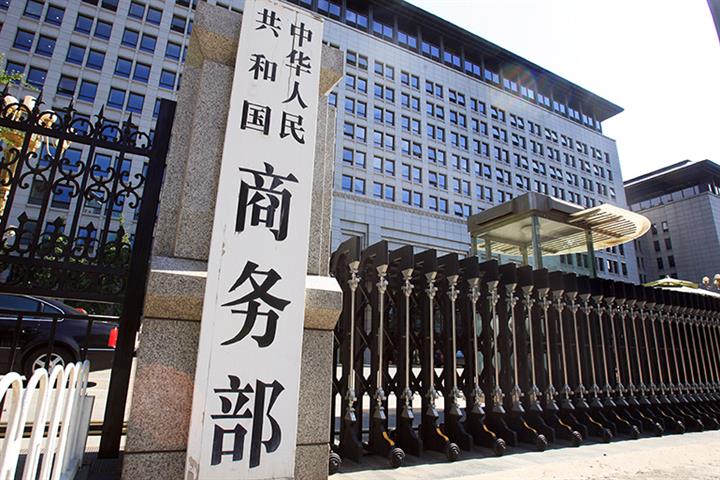 According to the chart above, HK and Singapore are developing economies??? Am I missing something?

Registered Member
Bravo. A hard and fruitful years from our foreign office. Here's to another challenging year ahead.

Registered Member
China's FDI rose by 1 but Hong Kong's plunged by 48. Not good. The rioters have done so much damage to Hong Kong. I hope it goes back up.
D

Another day and we see more of the same demonization of China in the Anglosphere, Pompeo, WSJ, Trump, US Congress and Senate, etc.

China's greatest vulnerabilities are the duplicity and dishonesty from the anglo-centric MSM, Federal government and agencies such as US state department, all the way to the Office of the President of the United States. This is the danger facing China and China should not let this pass.

China and CCP should continue to speak and practice the True universal human values and respect to human Lives. Contrast with fake and feign western human values and their disregard for human lives.

The Anglos have no standing spewing their rubbish values to China and the world while they continue bickering among themselves on basic human values such as whether "Black Lives Matter". Also, The Anglo did not initially take Covid-19 seriously enough and labeled it "Novel Common Flu" that can only happen in inferior China. They anticipated at worst case, the minorities, poor and helpless among them will mainly suffer the disproportional blunt of the Novel Common Flu.

Tell you what most of you already know, they could care less about Chinese human rights and lives. Let the world know to not buy into their fake and feign human values.
Last edited: Jan 5, 2021
B

Registered Member
Here's an interview with a former US admiral about his views on Chinese naval development, including current vulnerabilities and future trajectories.