by78 said:
Have we seen a model of this at Zhuhai? The show is now over, and I have yet to find further information on this. Maybe the graphic was a bad drawing after all.
Click to expand...

No, I haven't seen any, nor heard any. I think it is just a bad (official) social media report.

All social media influencers including the one working for government tend to use exaggerated words and pretending small for big, known for unknown. It is the natural of social media.

Shenzhou-13 being transported from the assembly hall to the launch pad... All images are high-resolution. 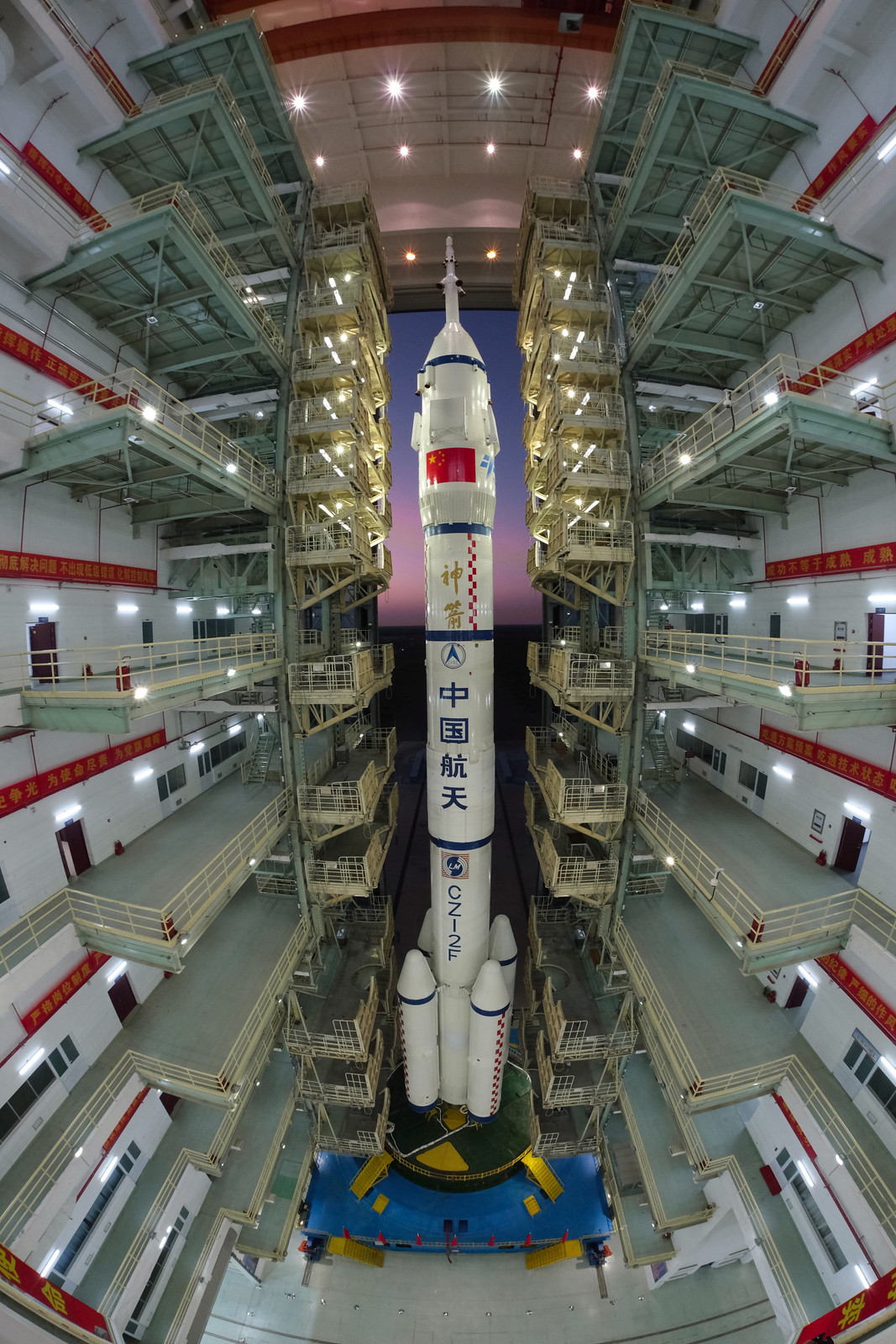 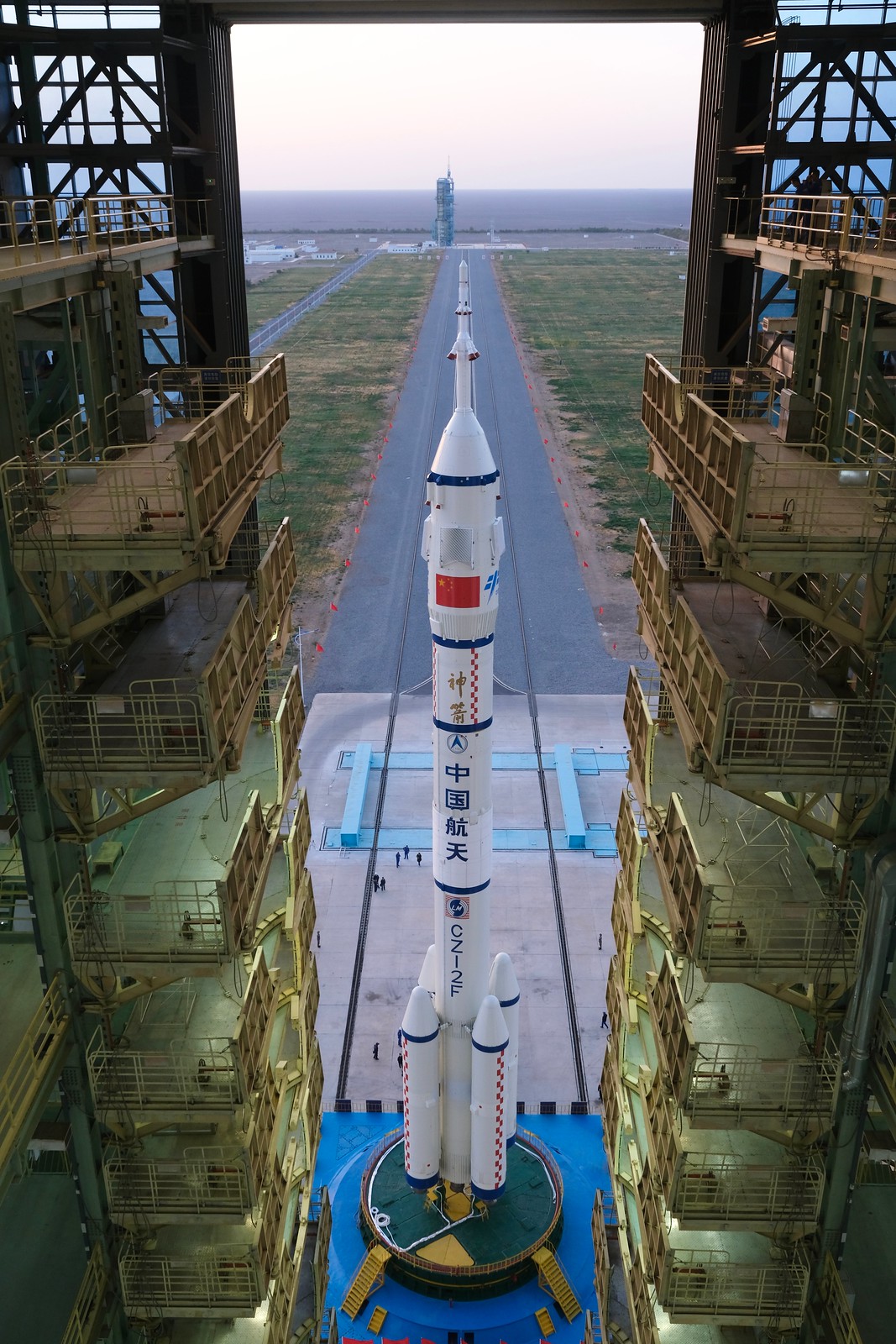 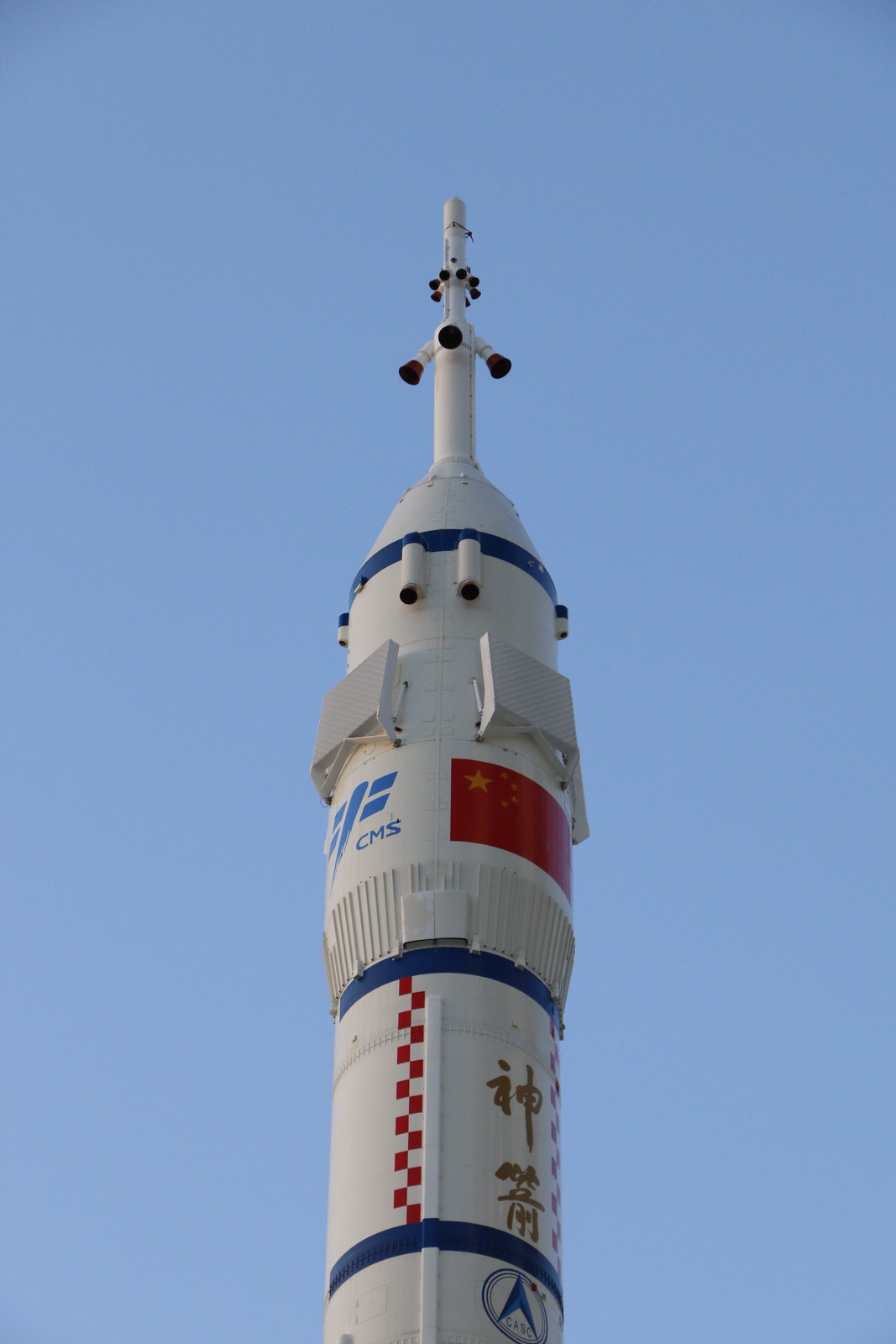 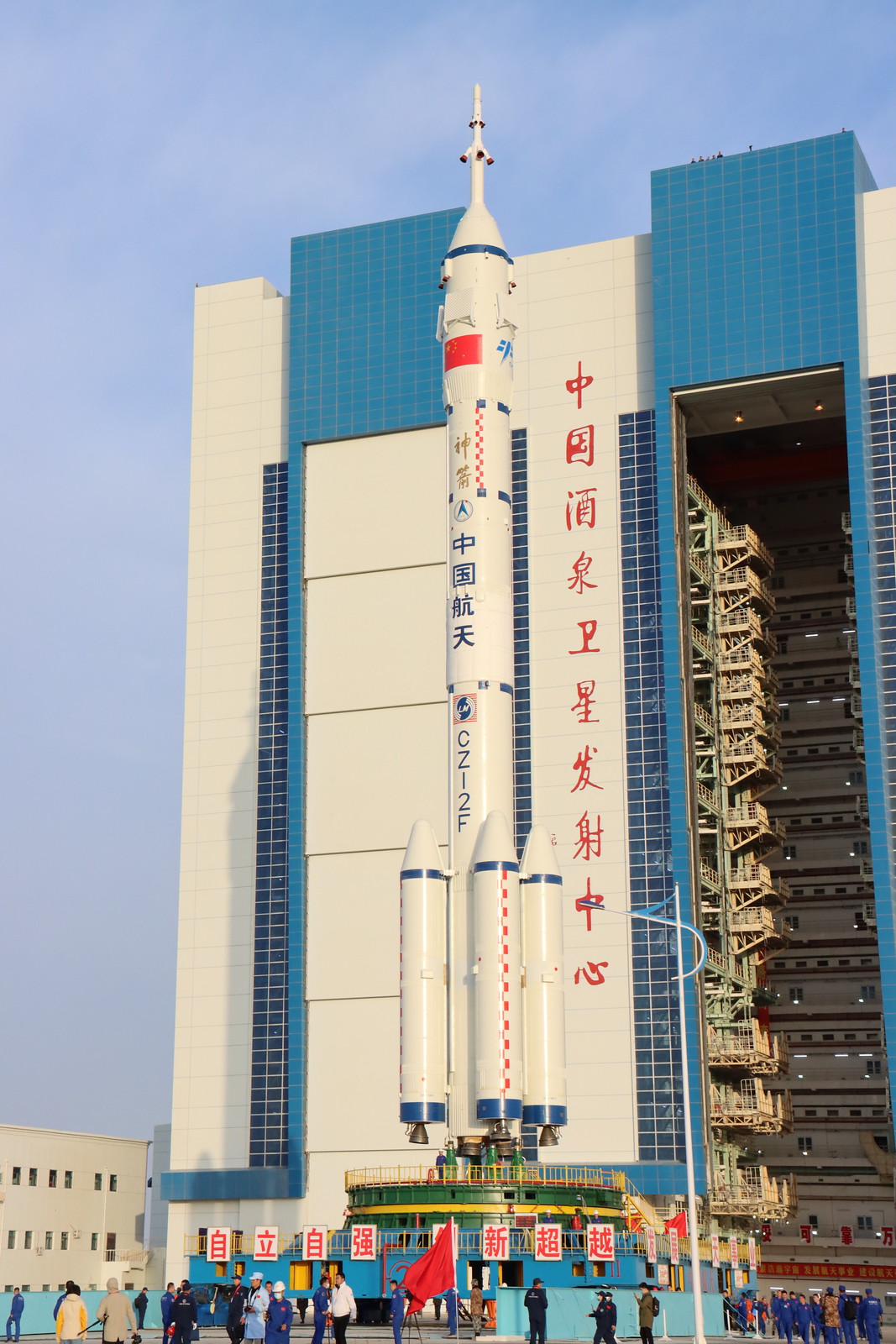 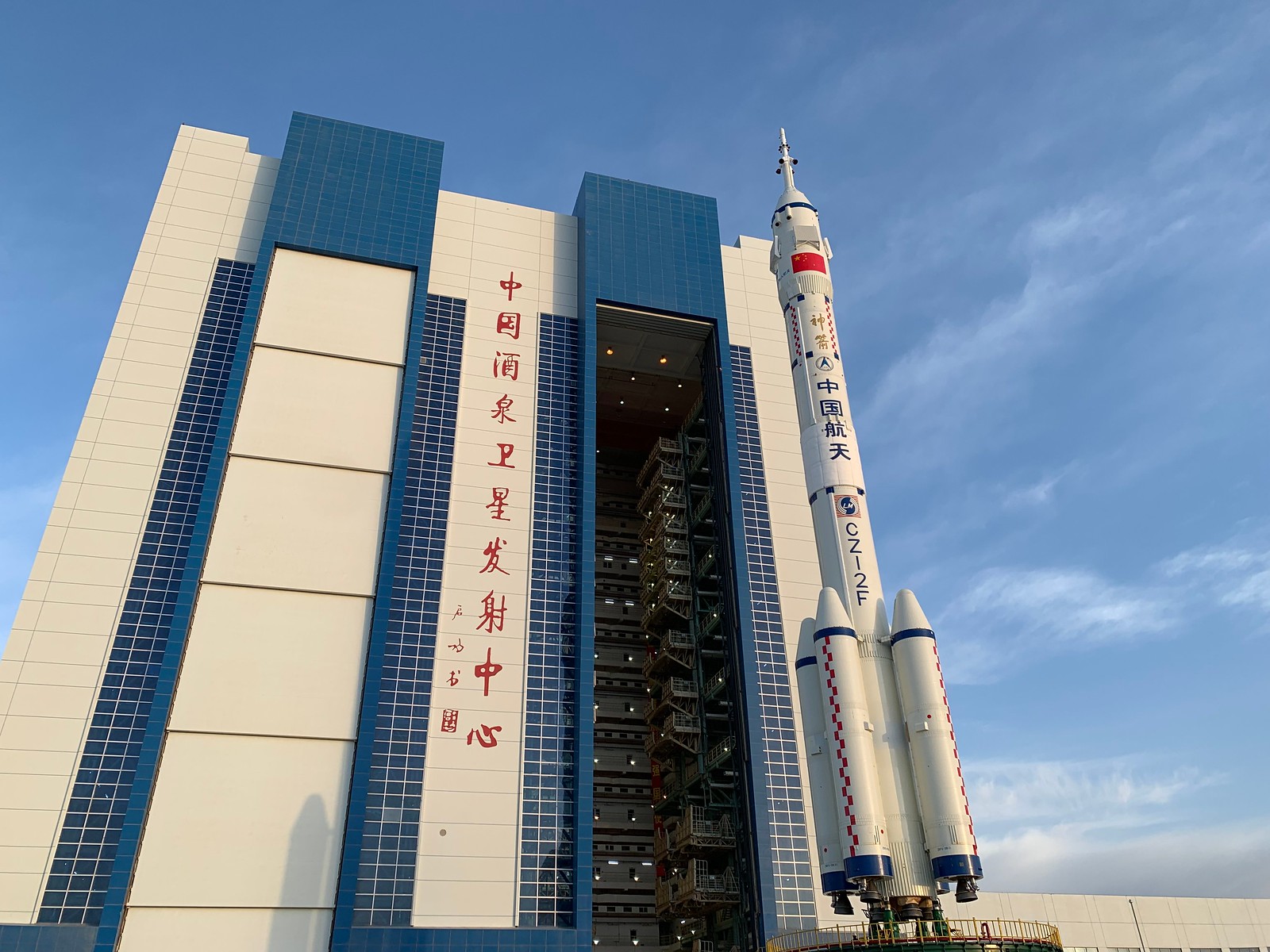 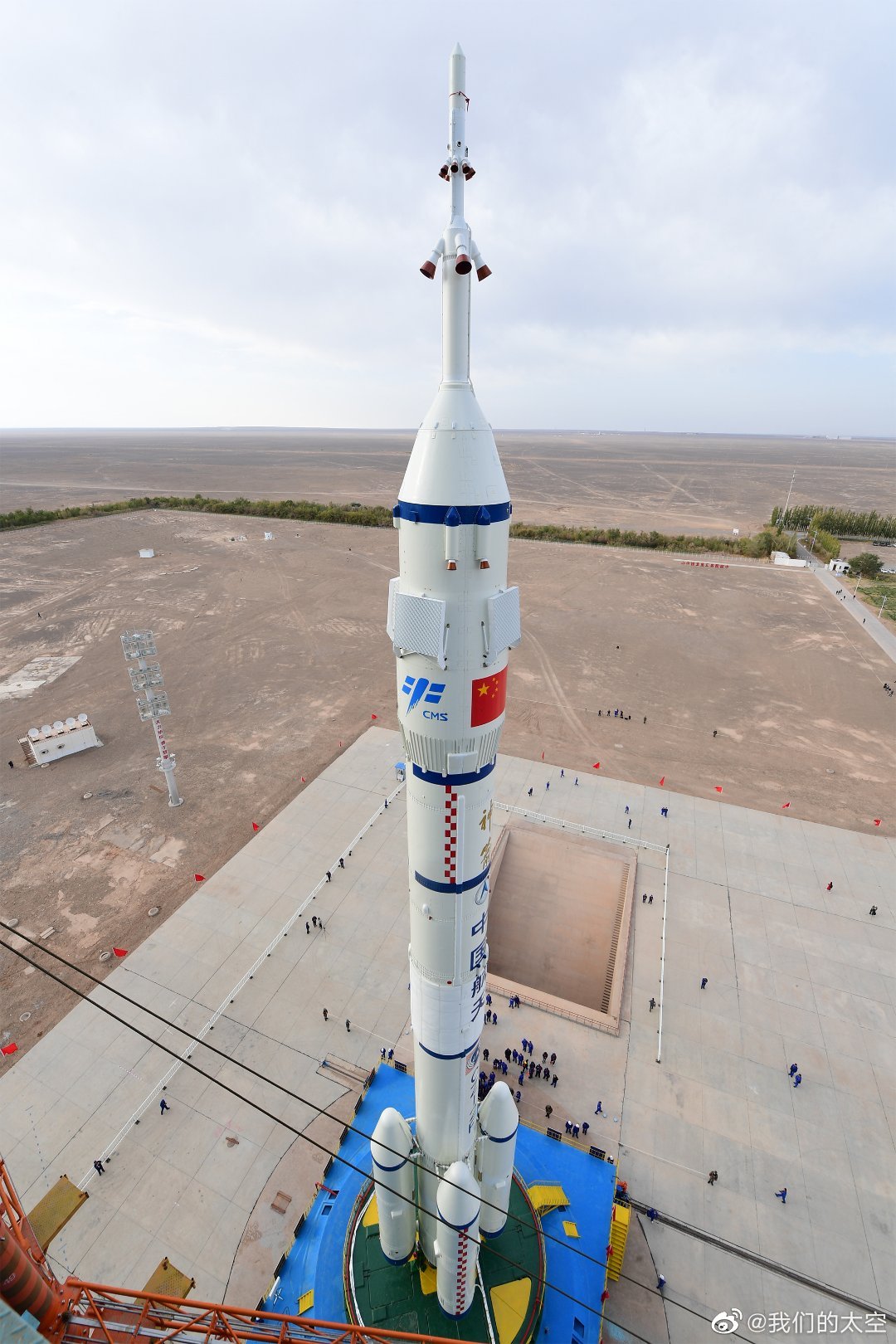 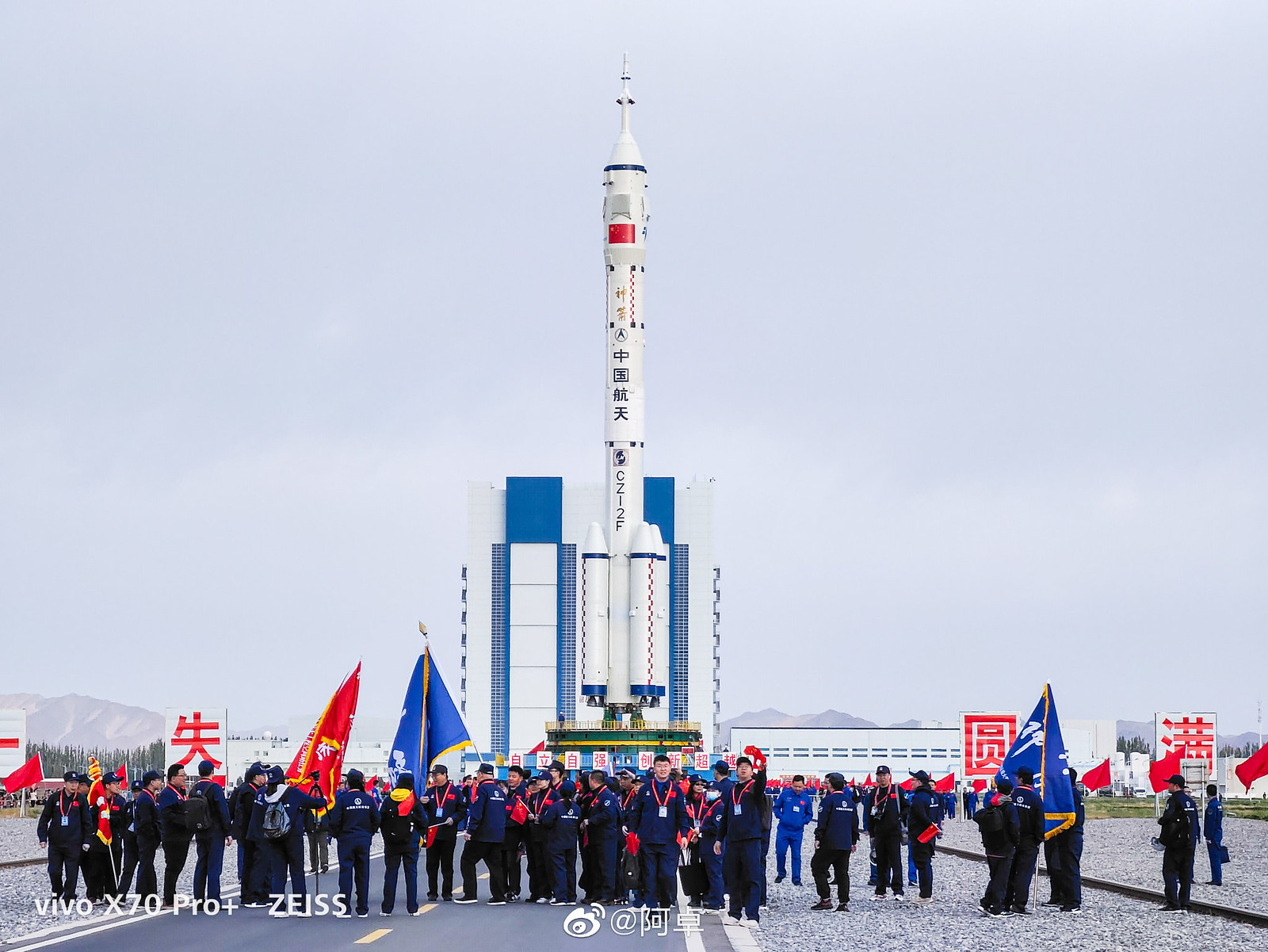 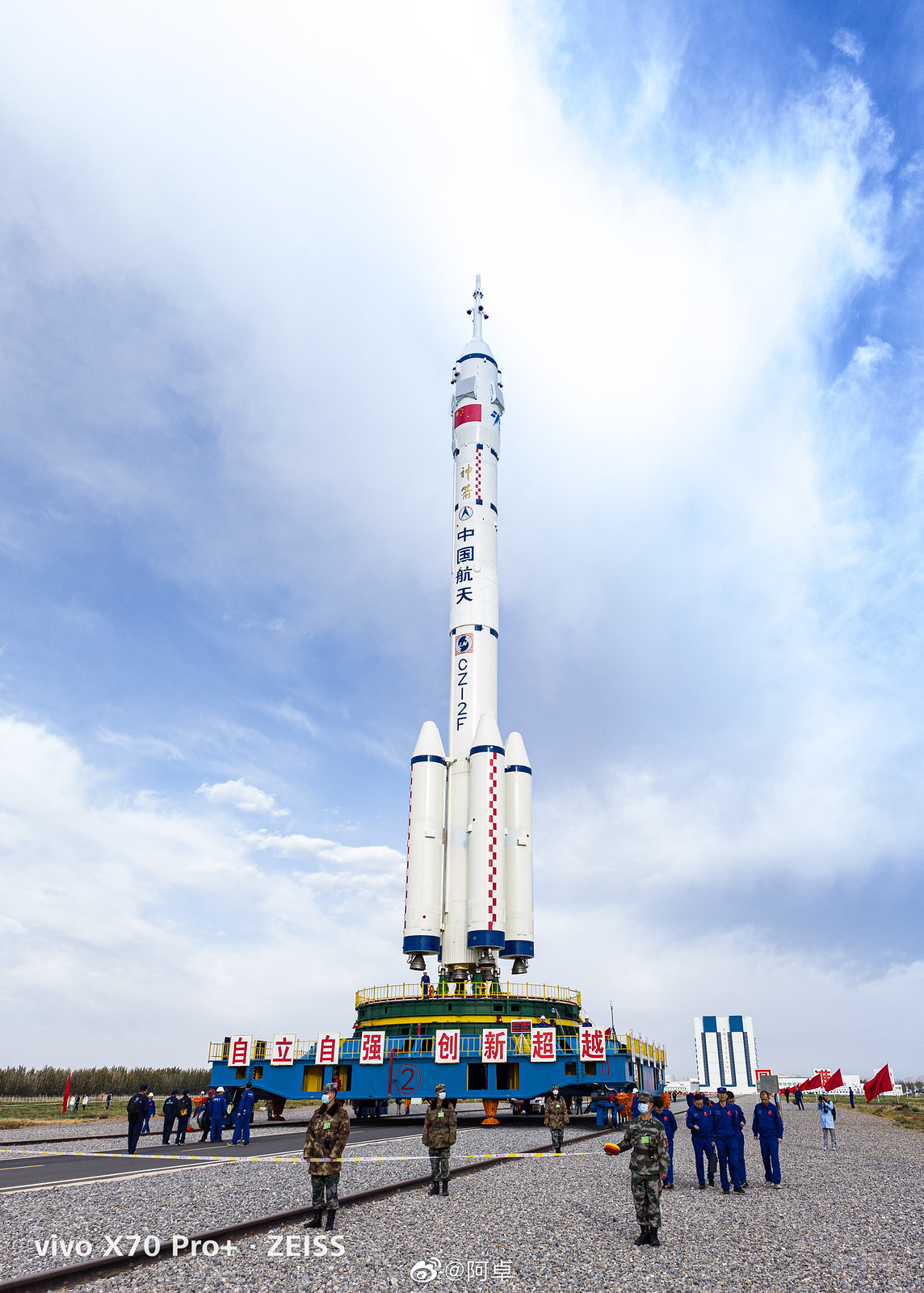 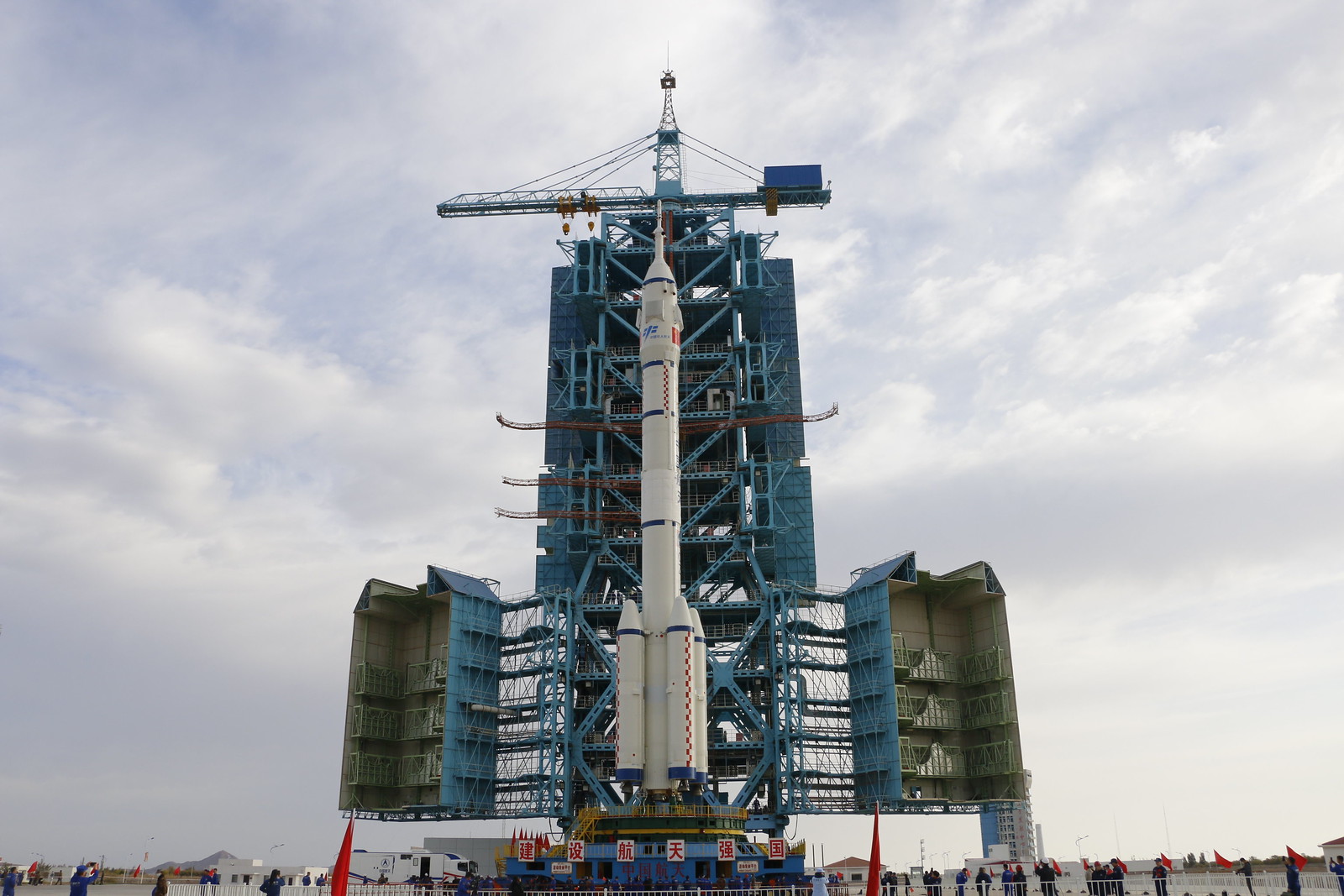 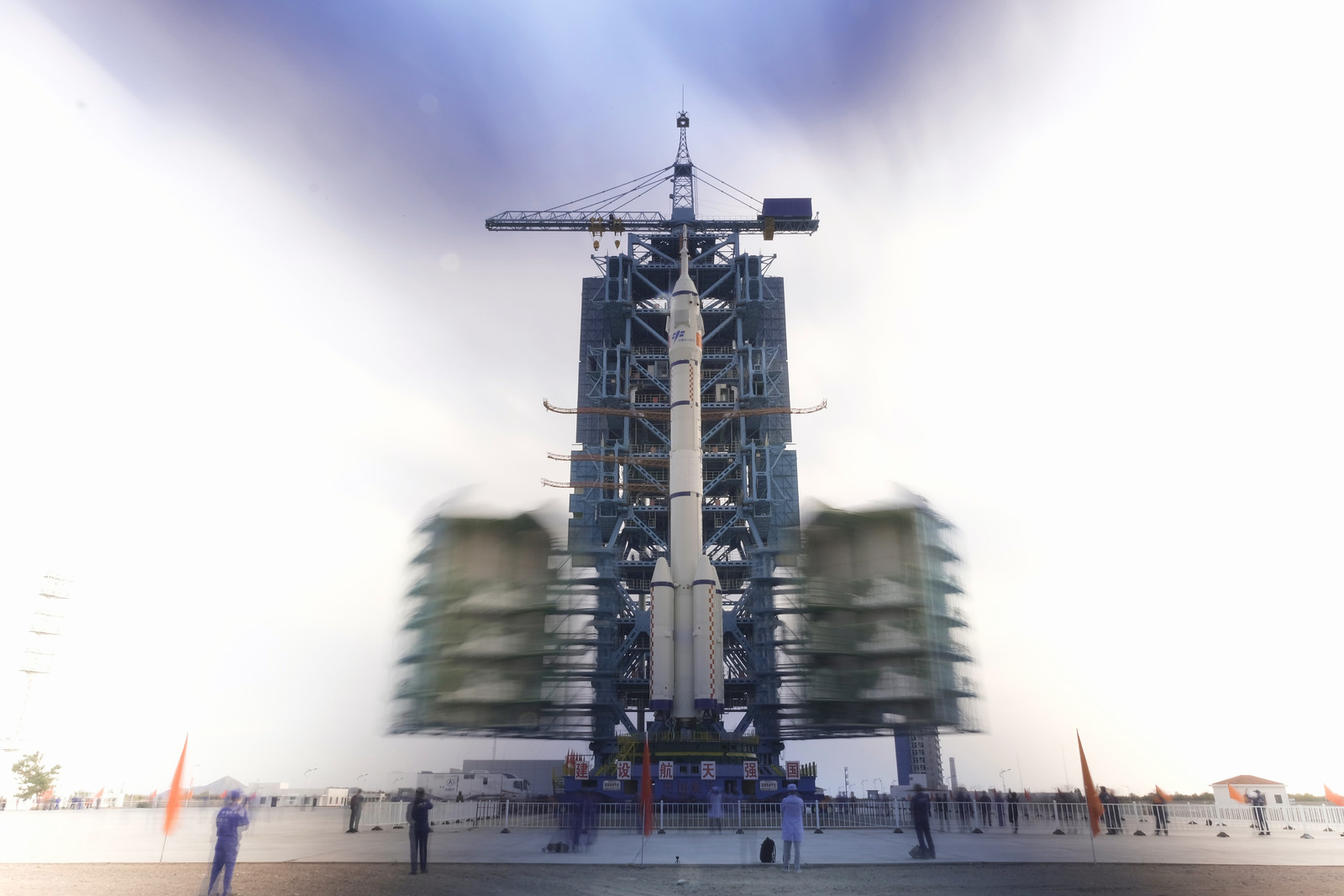 It's amazing that China's moon exploration always finds something new in its mission to the moon. The regolith Chang'e 5 brought back from the moon is different from those of Apollo's mission. And now rocks from the sample are identified as the youngest ever found on the moon.​

SYDNEY, Oct. 8 (Xinhua) -- The basaltic volcanic rocks, collected as part of China's Chang'e-5 probe from the Moon, were about 2 billion years old, marking the youngest volcanic rocks identified on the Moon so far, according to an international research published in the journal Science on Friday.
Professor Alexander Nemchin from Space Science and Technology Center of Australia's Curtin University, lead author of the research, said researchers determined the age of the lunar rock samples during remote sessions with the Beijing laboratory using large mass spectrometers that have helped revolutionize geology, similar to Curtin's Sensitive High Resolution Ion Micro Probe Facility (SHRIMP).
The rock samples were collected during the Chang'e-5 lunar mission in December 2020, which marked the first time any nation had collected rocks from the Moon since 1976.
Nemchin said after analyzing the chemistry of the rocks, they found the samples were 1 billion years younger than those rocks previously collected on the Moon.
Co-author Professor Gretchen Benedix, also from Curtin's Space Science and Technology Center, said the new results would provide researchers with more calibration points for cratering chronology, enabling them to derive more accurate and higher resolution ages across many planetary surfaces.
"These results confirm what experts had long predicted based on remotely obtained images of the Moon and raise further questions as to why these young basalts exist," Benedix said.
The task will now turn to finding a mechanism that will explain how this relatively recent heating of the Moon may have supported the formation of basaltic magmas with temperatures exceeding 1,000 degrees Celsius, and ultimately help researchers improve age dating of the entire Solar System.

taxiya said:
Correction. From the link you can see that 腾云 (Tengyun) is HTHL, but all demos show a two stage configuration, it is not SSTO. The second stage is rocket based. The combined cycle engine is for the first stage.

This wording "The 2nd stage achieved VTVL in Sept 2020" is very confusing. First of all, it is a test without first stage, so there is no way for a HTHL test. Whatever that VTVL means, it would not be used in operation because the whole concept is HTHL.
Click to expand...

I recall the test in Sept 2020 wasn't even VTVL but VTHL as it was reported that the vehicle/rocket stage landed horizontally on some remote desert runway.

Registered Member
What a rare video! You can learn many things here. This guy truly knows his stuff.

Tam said:
What a rare video! You can learn many things here. This guy truly knows his stuff.

I've been following these guys for some time. Glad to see them getting more exposure.
D

Registered Member
Woot, Harry Potter knows where all the space companies are located at.


Let us highlight the fierce competition between CASIC and CASC.
You must log in or register to reply here.