Composite material liquid oxygen tank is 30% lighter than metal tank and has the potential to reduce overall rocket cost by upto 25%.
Click to expand...

In the meantime work on 5m composite tank is ongoing. 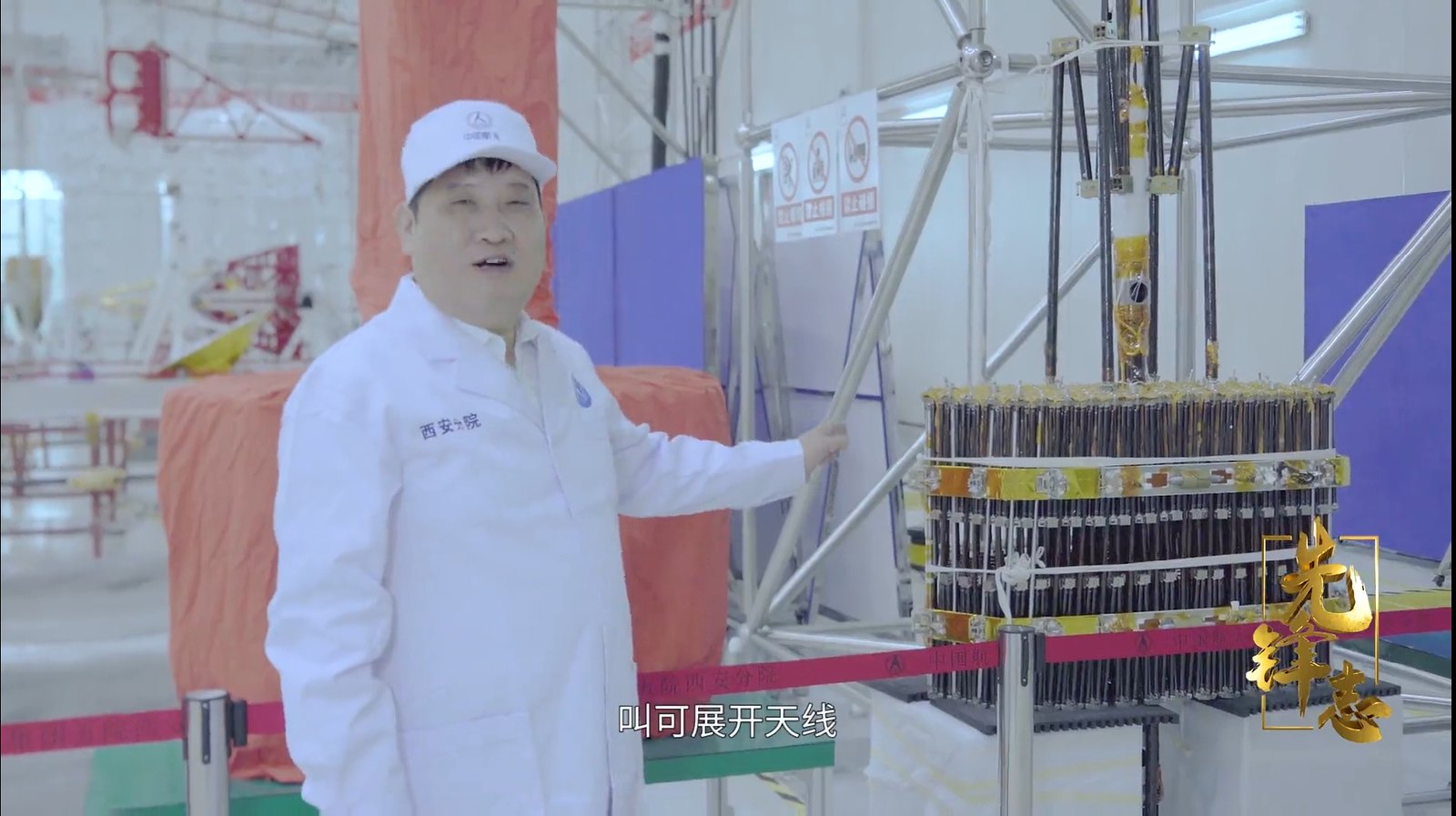 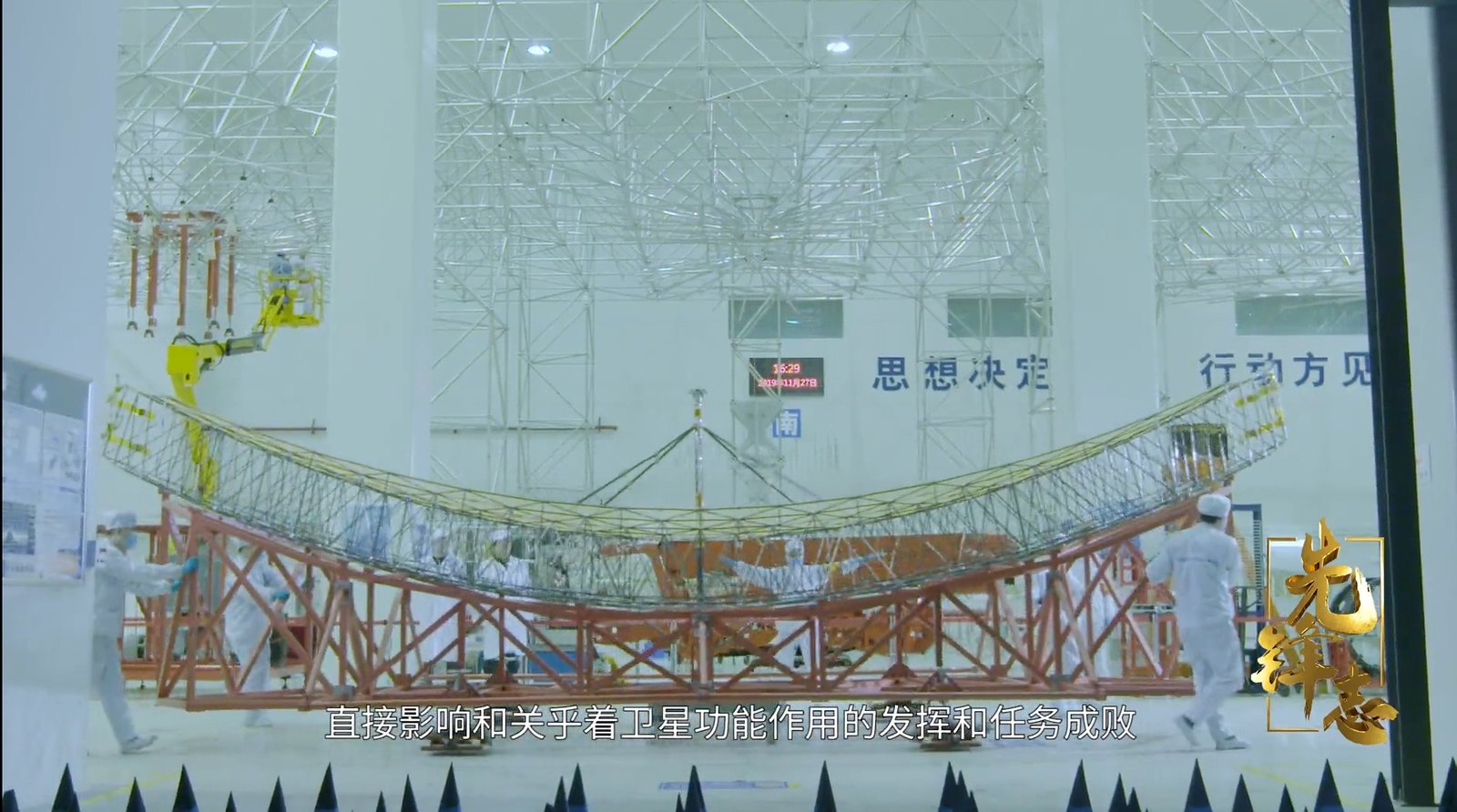 Now this is real advance China has successfully developed two types of rocket tank prototypes made from new lighter but stronger materials, and according to industry insiders, these advances will further help reduce the weight of rocket bodies and consequently enhance the rockets' space launch capabilities, laying the foundation for the new generation of heavy-lift and even manned rockets.

The China Academy of Launch Vehicles, a subsidiary of the state-owned space giant China Aerospace Science and Technology Corporation, said in a statement to the Global Times on Tuesday that it has recently successfully built the country's first 3.35-meter-diameter rocket tank with aluminum lithium alloy, as opposed to traditional aluminum copper alloy.

The aluminum lithium alloy rocket tank has been put through a variety of experiments and is preliminarily ready for engineering application, the academy revealed, while stressing that by using the new materials, the rocket tank prototype is around 30 percent stronger and 15 percent lighter under the same structure.

Rocket tanks make up more than half of the weight and space of a rocket body structure, and when filled with fuel, their weight makes up more than 90 percent of a rocket's total weight, an industry insider, who requested anonymity, told the Global Times on Monday.

As every gram matters in determining a rocket's launch capabilities, the lighter tank would make a huge difference, he added.

According to the academy, the aluminum lithium alloy rocket tanks will be mainly used for the top stages of a range of new carrier rockets including the Long March-5, -7 and -8, while paving the way for future development of heavy-lift launch vehicles with larger diameters and even for future manned rockets.

Apart from metal materials, the academy has also successfully built an experimental prototype of a 3.35-meter-diamter rocket tank from composite materials. The application scope of such rocket tanks will focus on the liquid oxygen environment, and compared to metal tanks, they are even lighter by about 30 percent, while providing six times more strength.

The academy said that the composite material rocket tanks also have other advantages including fewer manufacturing procedures and shorter production cycles, allowing for the reduction of comprehensive costs.

Tests on the experimental prototype are underway, according to the developer.

From Henry K
The 1st composite tank prototype for storing LOX, with a diameter of 3.35m, rolled out on January 22 at CALT, a subsidiary of the CASC group and manufacturer of the Longue Marche rockets. The use of composite makes it possible to reduce the cost by 25% and the mass by 30%.

My technical Chinese is very limited, so someone please help me translate. I think the images show the specifications or requirements for a 7-ton orbital/in-orbit 'service' spacecraft. Not sure if it's manned or unmanned, and I'm clueless about what the second image shows. 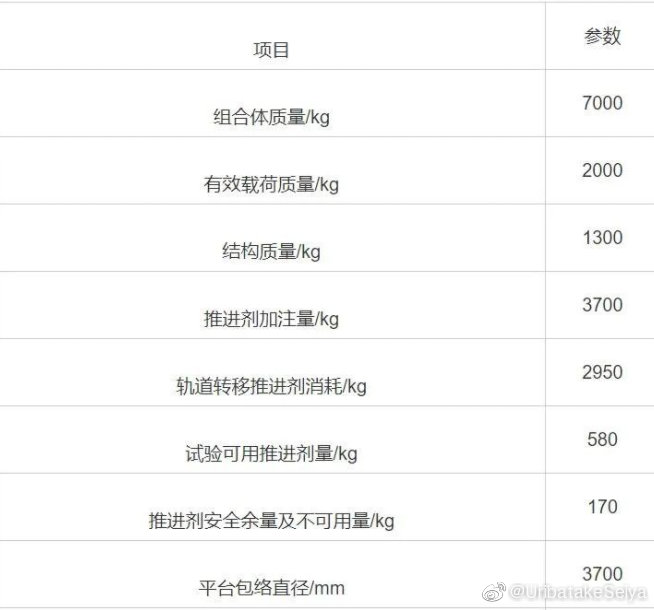 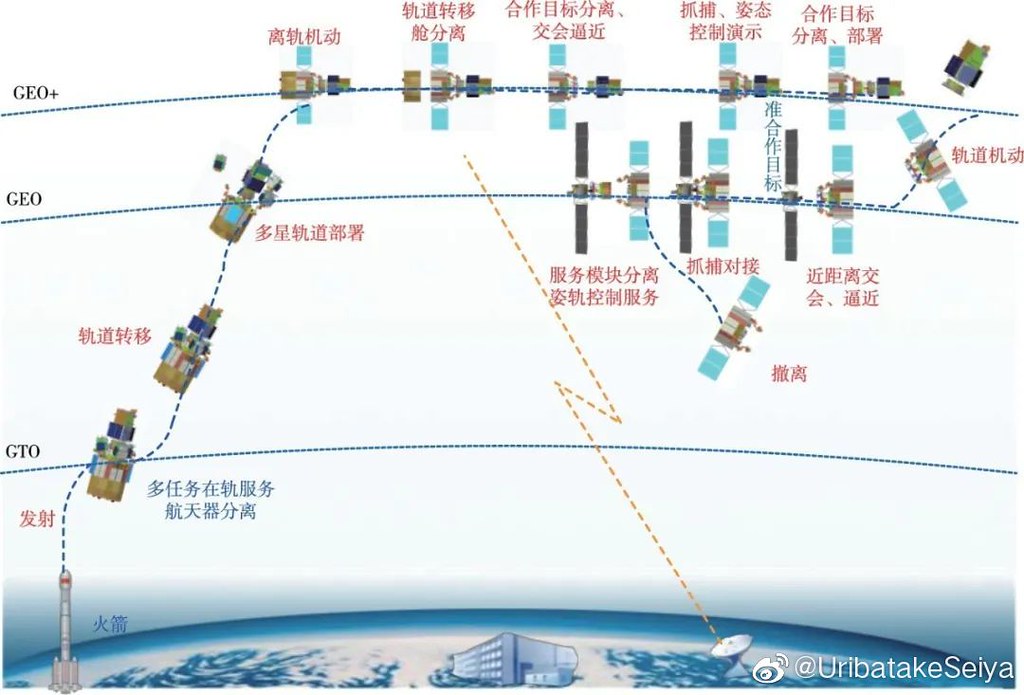 Deino said:
Any news on the Chinese Mars mission?
Click to expand...

by78 said:
My technical Chinese is very limited, so someone please help me translate. I think the images show the specifications or requirements for a 7-ton orbital/in-orbit 'service' spacecraft. Not sure if it's manned or unmanned, and I'm clueless about what the second image shows.

It does not say if it is unmanned or manned. However based on the weight and lack of indication that it is manned, I would say it is unmanned.

Hitchhiker said:
It does not say if it is unmanned or manned. However based on the weight and lack of indication that it is manned, I would say it is unmanned.
View attachment 68048

Thank you! That was very helpful.
T

Registered Member
@by78 and @Hitchhiker,

Nothing more to add, but want to confirm that It is unmanned and it has been made public some time ago.

It is able to deploy satellites, also to service satellite such as refueling. It is a much more advanced development of upper stage that functions like Yuanzheng (only deploys on different orbits) but adding ability to dock and service.

Zhongke Aerospace, a private launch vehicle company, has recently completed a slew of tests on the various engines, components, and subsystems of its upcoming solid-fueled ZK-1A rocket, including tests on the 10-ton, 100-ton, and 200-ton engines, wind tunnel verifications, and separation tests of 3rd and 4th stages. 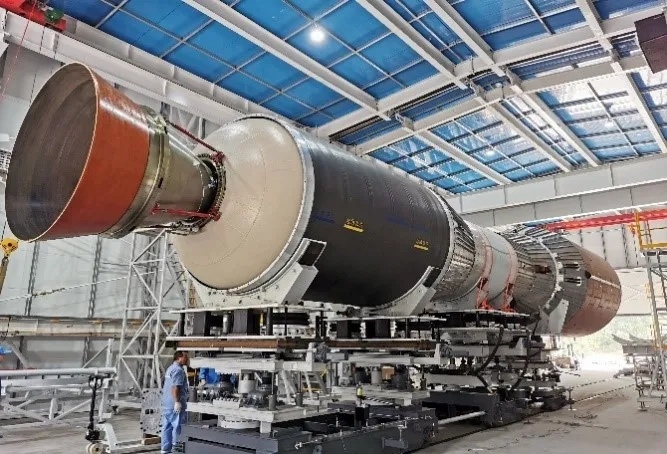 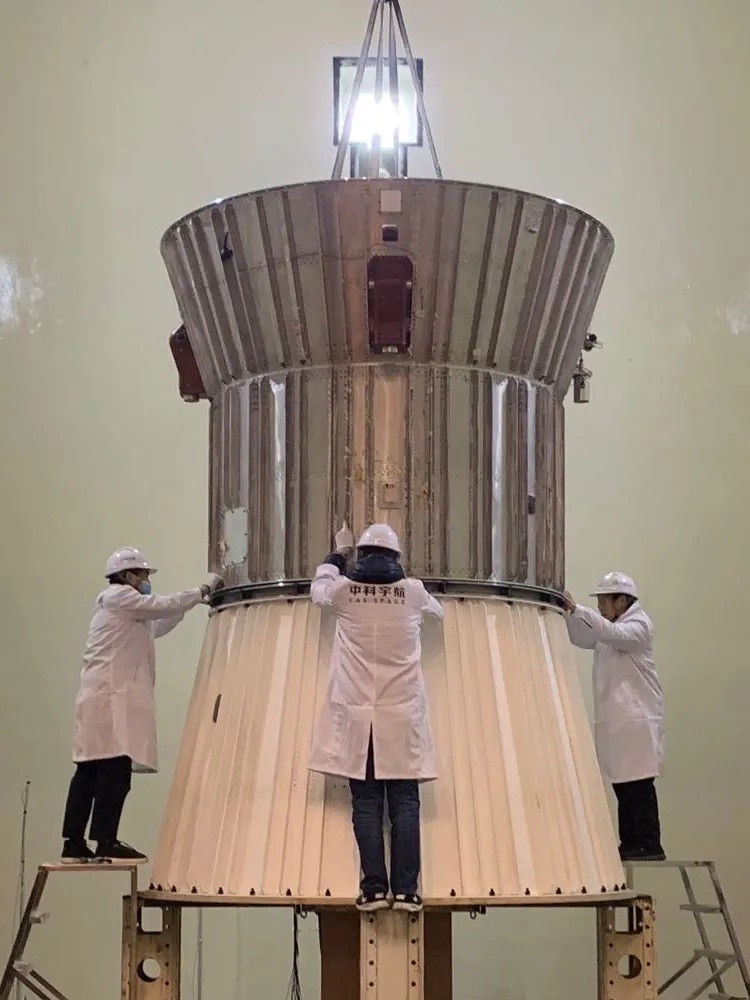 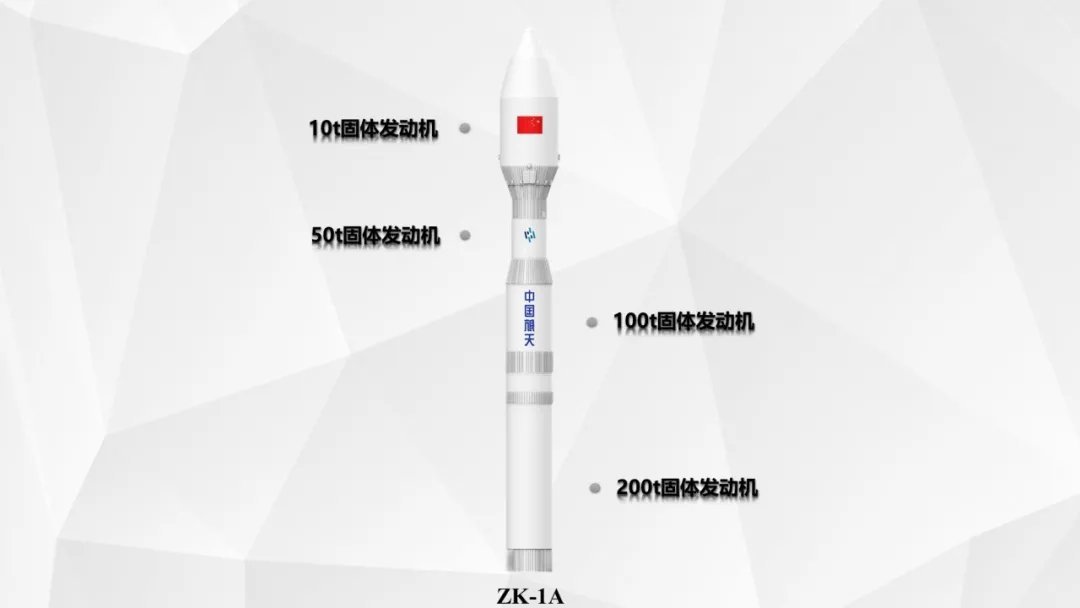 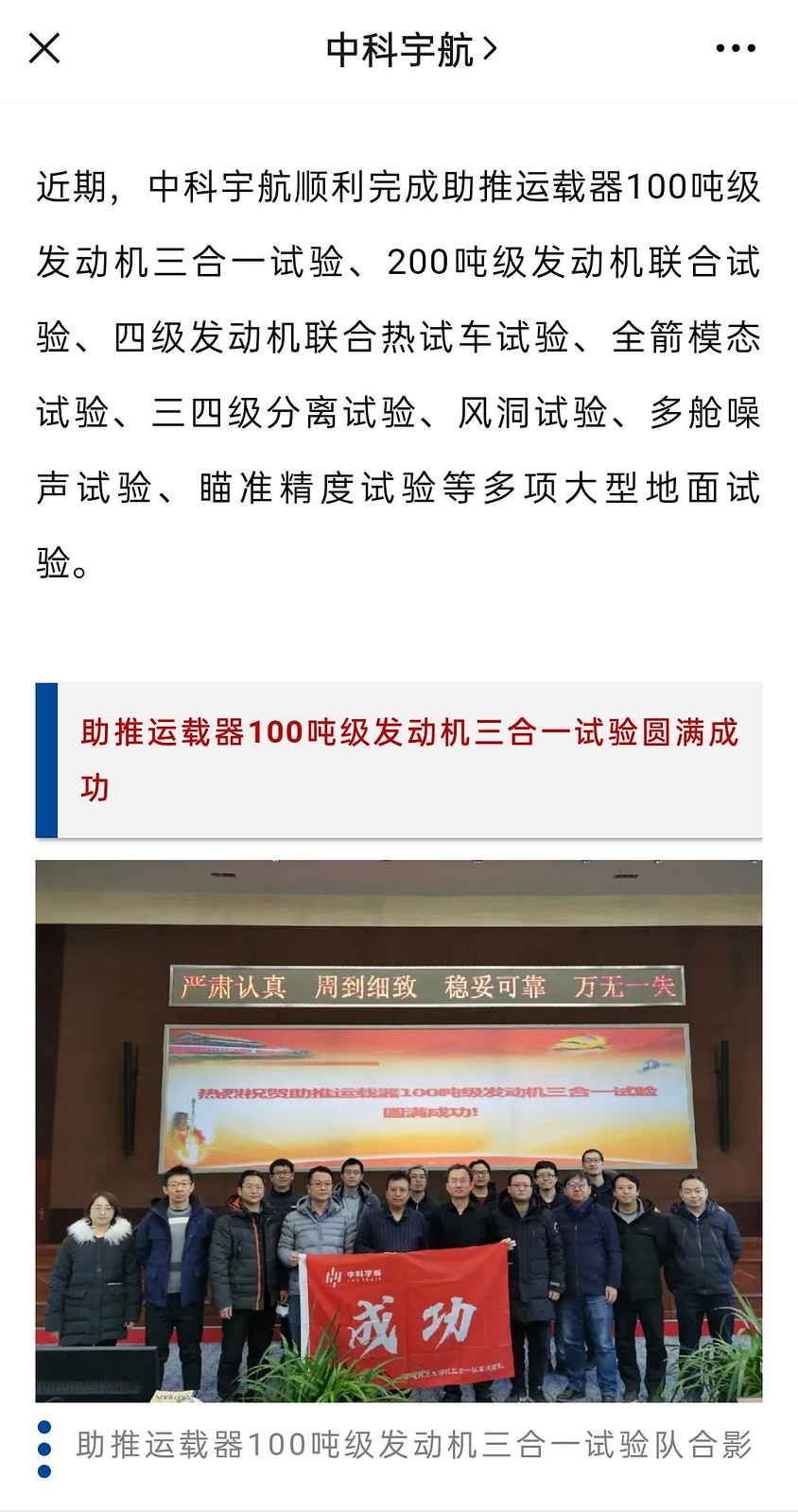