How many missiles are in a brigade for ICBM ?
Click to expand...

Hendrik_2000 said:
Right the orbat is a bit old and does not account for the latest and greatest missile you can add 2X DF41 brigade and maybe 2 X DF31A
Don't know how many missile in one brigade using low number of 12 you see there are at least 11 or 12 brigades so roughly 150 missile but does not counted MIRVED warhead and JL2 series
Assuming 5 warhead per mirved missile that is 120 warhead add 3X12X4 for JL2=144 warhead
So you are talking about 300-400 warhead
Click to expand...

Updated this with data from various sources. Items in yellow = particularly not verified.

For launcher numbers refer below.

Based on US DoD, there should be at least 2 more CJ-10 units not identified.

What might be behind these adjustments? The missile changes are probably easier to explain than the launchers: the report appears to have shifted to a simpler, formula-based approach to calculating missile totals. For ICBMs, the report seems to now allocate one missile per launcher regardless of type; for IRBMs the multiple is 1–2 missiles per launcher, with 1–3 missiles for MRBM launchers and 3–6 for SRBMs and GLCMs. If such a change has indeed been adopted, the 2019 missiles totals are probably not directly comparable with their predecessors; a disappointment for open-source observers of the Rocket Force.

Anlsvrthng said:
Your logic regards the reason of existence of MAD is so faulty and immoral it is difficult to describe.


This graph describing the reason WHY the MAD exist, and who created it : 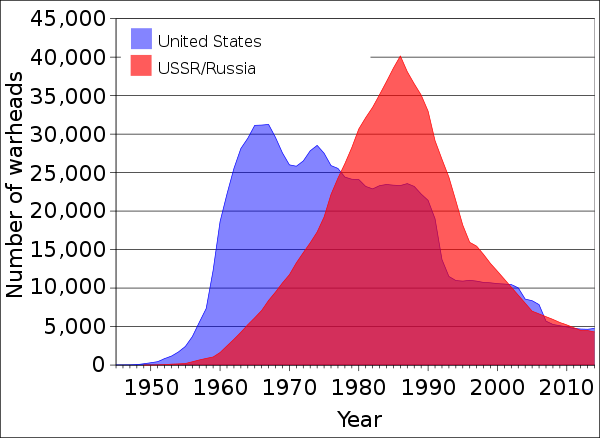 This is a fantastic graph that communicates a clear narrative, i.e. of who started and escalated the nuclear arms race and how it was eventually brought under control.

Indeed, I would argue that this narrative extends well beyond nuclear deterrence. The basic point is that power doesn't compromise or negotiate unless and until it has to, by encountering comparable or superior power.

This is why the United States refused Japan access to the F-22 and why Japan is now pursuing the F-3 project with an eye to using it as leverage to gain access to F/A-XX. This is why the US walked away from the ABM treaty when it did. That the US does not yet credit China as an equal partner is the reason why arms control talks have yet to emerge, and also the reason why, at some point, they will. US media and institutions talk incessantly of the "threat" posed by China and Russia, but this view is grounded in a belief in the fundamental superiority of the United States, such that the resolution of these threats (and the restoration of America's righteous global hegemony) is held only to require the adoption of the correct policies. The United States still dreams of "putting China back in its box", it has scarcely begun to imagine, let alone seriously confront, the prospect of having to live alongside a nation as powerful as itself.
Last edited: May 27, 2019
J

Hendrik_2000 said:
Based on US DoD, there should be at least 2 more CJ-10 units not identified.

I remember visiting Yichun back in Fall 2017 and saw hundreds of PLA soldiers dressed in PLARF camouflage near the old railway station loading cargo onto a freight train. Now I finally know they are CJ-10 operators.

Unmistakable warning
After being postponed for 24 hours, a new Chinese test of strategic ballistic sea-ground missile (SLBM) seems to have taken place today very early in the morning. The craft took off from the Bohai Sea and flew west of China. An article is in preparation.
From Henri blog
Here is the video 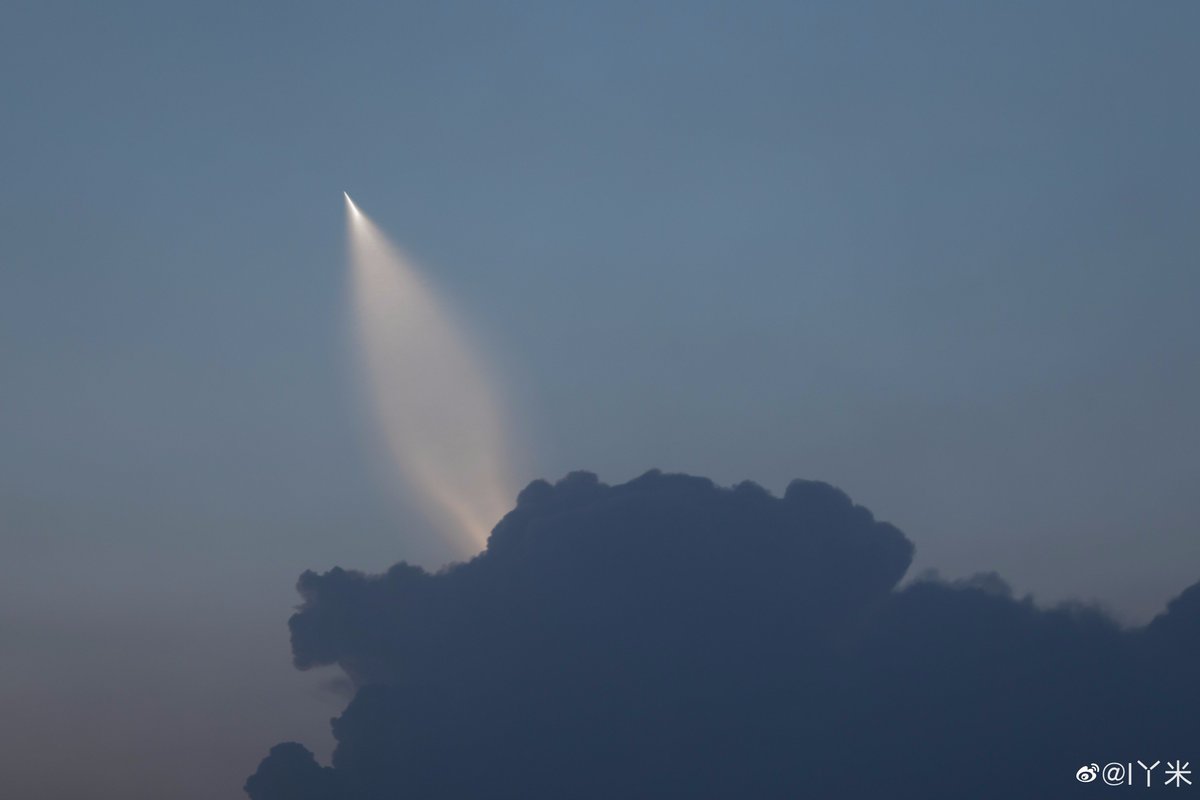 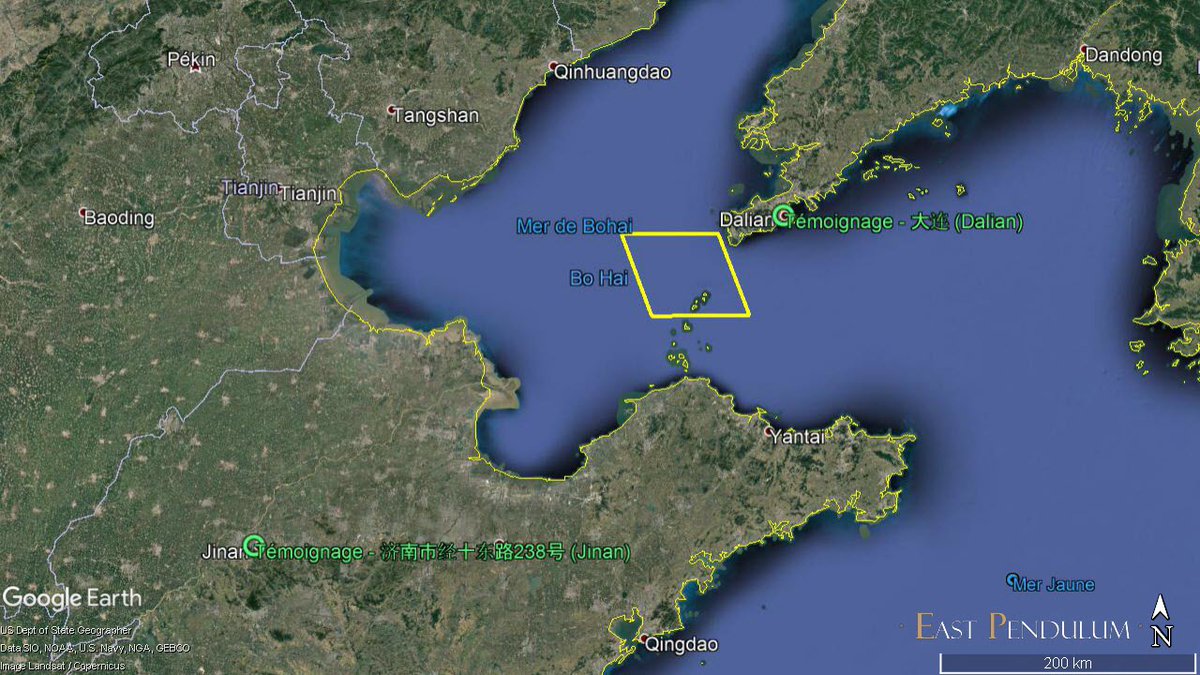 The Chinese People’s Liberation Army-Navy successfully tested its next-generation of a submarine-launched ballistic missile on 2 June.

According to several media reports, the Chinese navy launched a new submarine-launched ballistic missile (SLBM), allegedly JL-3, in the Bohai Bay near the Shandong Peninsula at 4 hours 28 minutes in the morning on June 2, 2019.

Tests of the new Chinese SLBM were spotted by numerous witnesses and fishermen.

The JL-3 third-generation solid-fuelled missile, which must be used to equip the next-generation Chinese nuclear missile submarines, has an intercontinental range (up to 12-14 thousand km) and is capable of carrying up to ten independent warheads.

Earlier, the Maritime Security Administration of Liaoning Province issued a navigation warning about the closing of the maritime zone for “military exercises” in the Bohai Bay area on June 2, 2019.

According to
Please, Log in or Register to view URLs content!
, the JL-3 SLBM is intended to arm the next-generation Type 096 nuclear-powered ballistic missile submarine (SSBN) class, the first of which is expected to enter service in the late 2020s.

The JL or Julang series – meaning “big wave” in Chinese – are intercontinental ballistic missiles designed for China’s nuclear-powered submarines, as part of the People’s Liberation Army strategy to extend the country’s nuclear deterrent capabilities from land to sea.

Some high-resolution photos of the recent SLBM test launch... 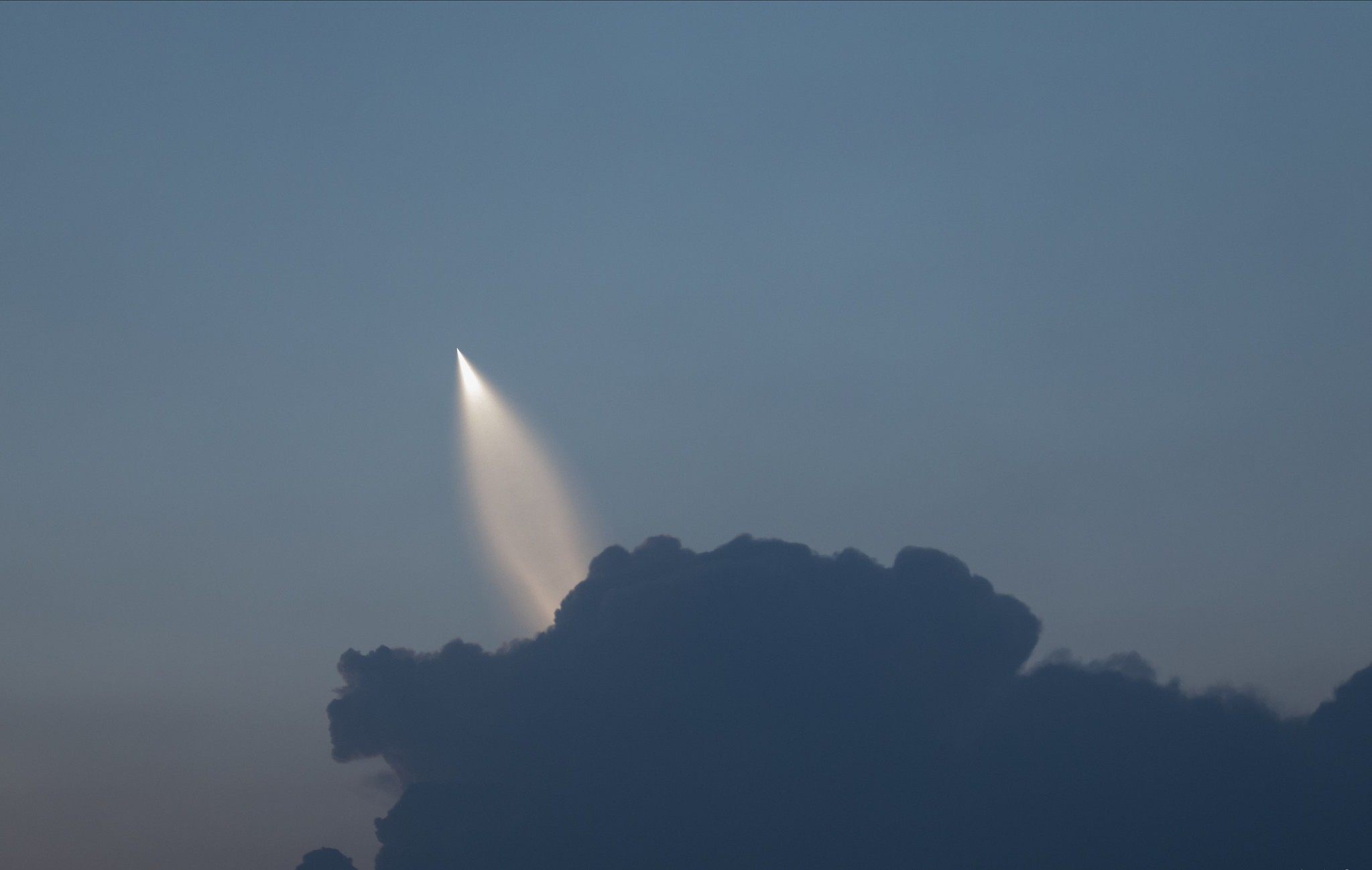 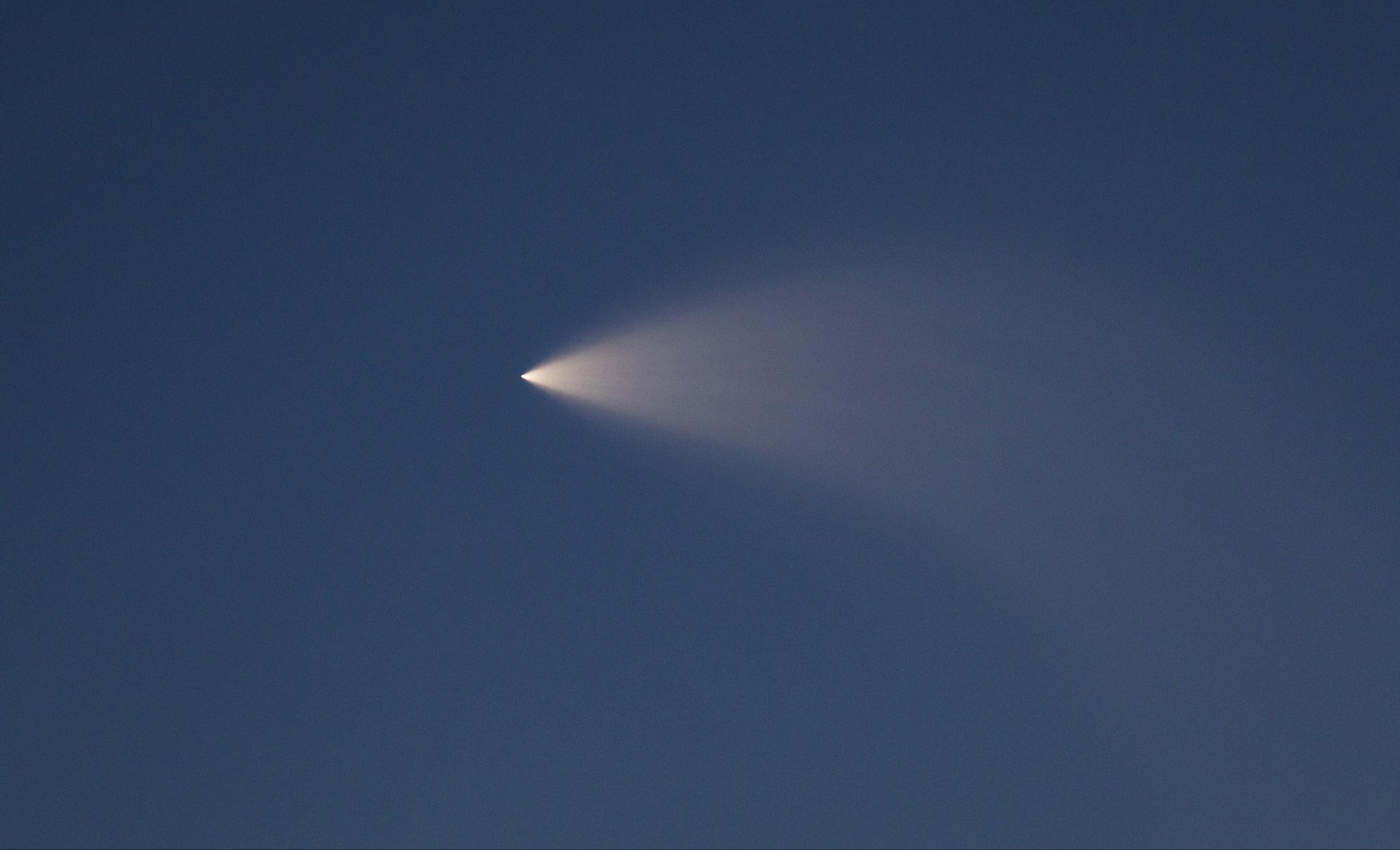 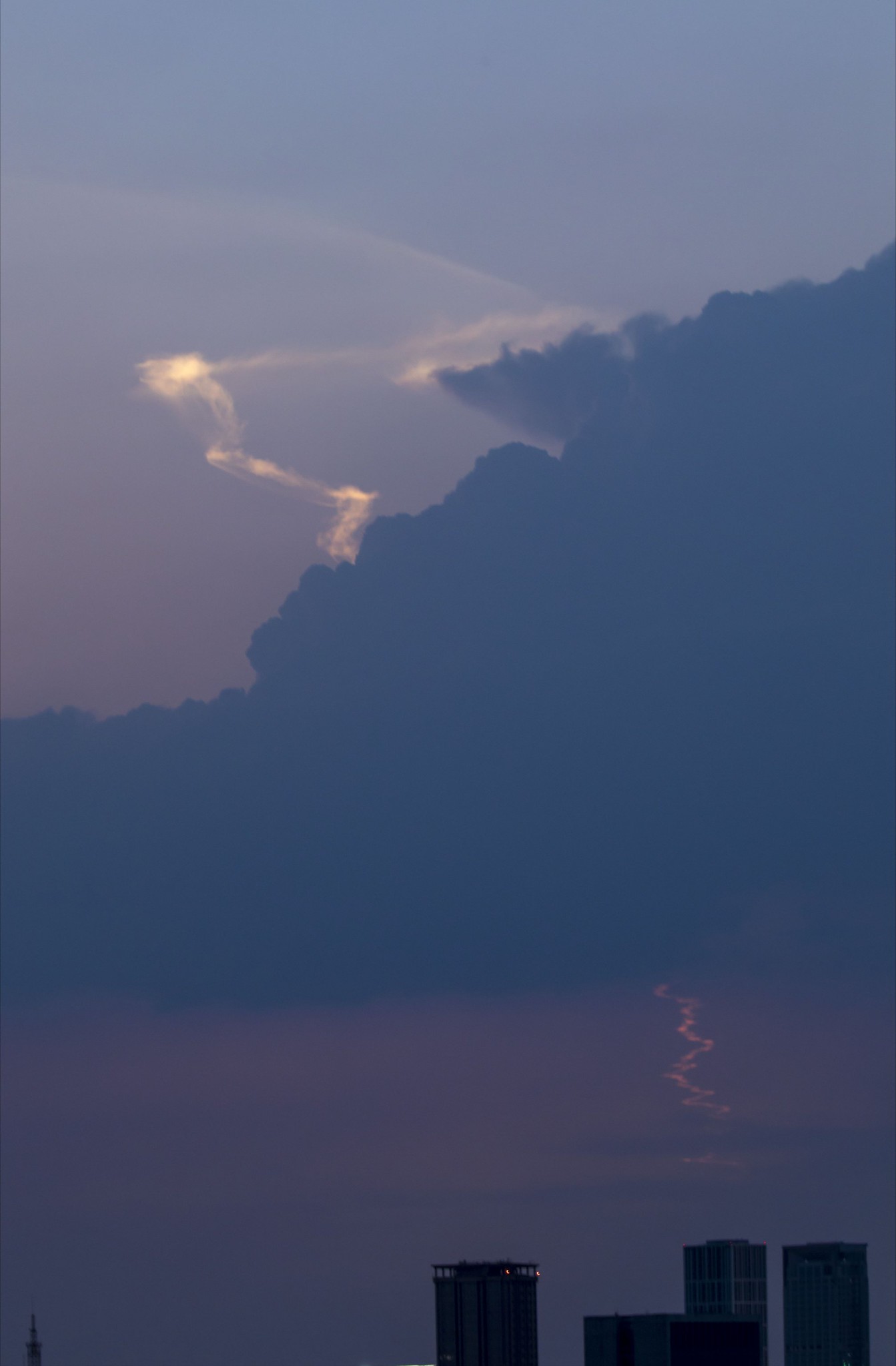 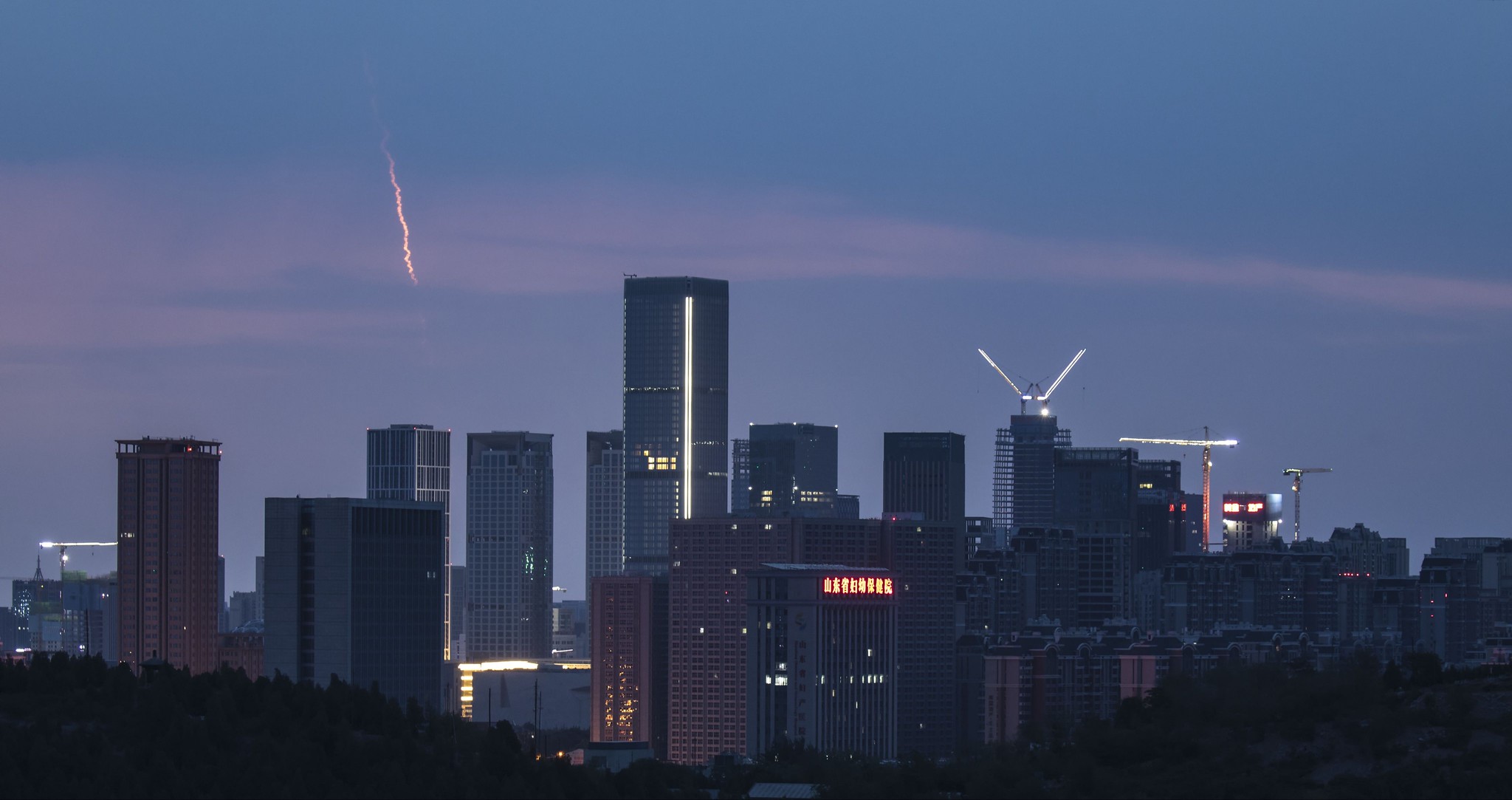 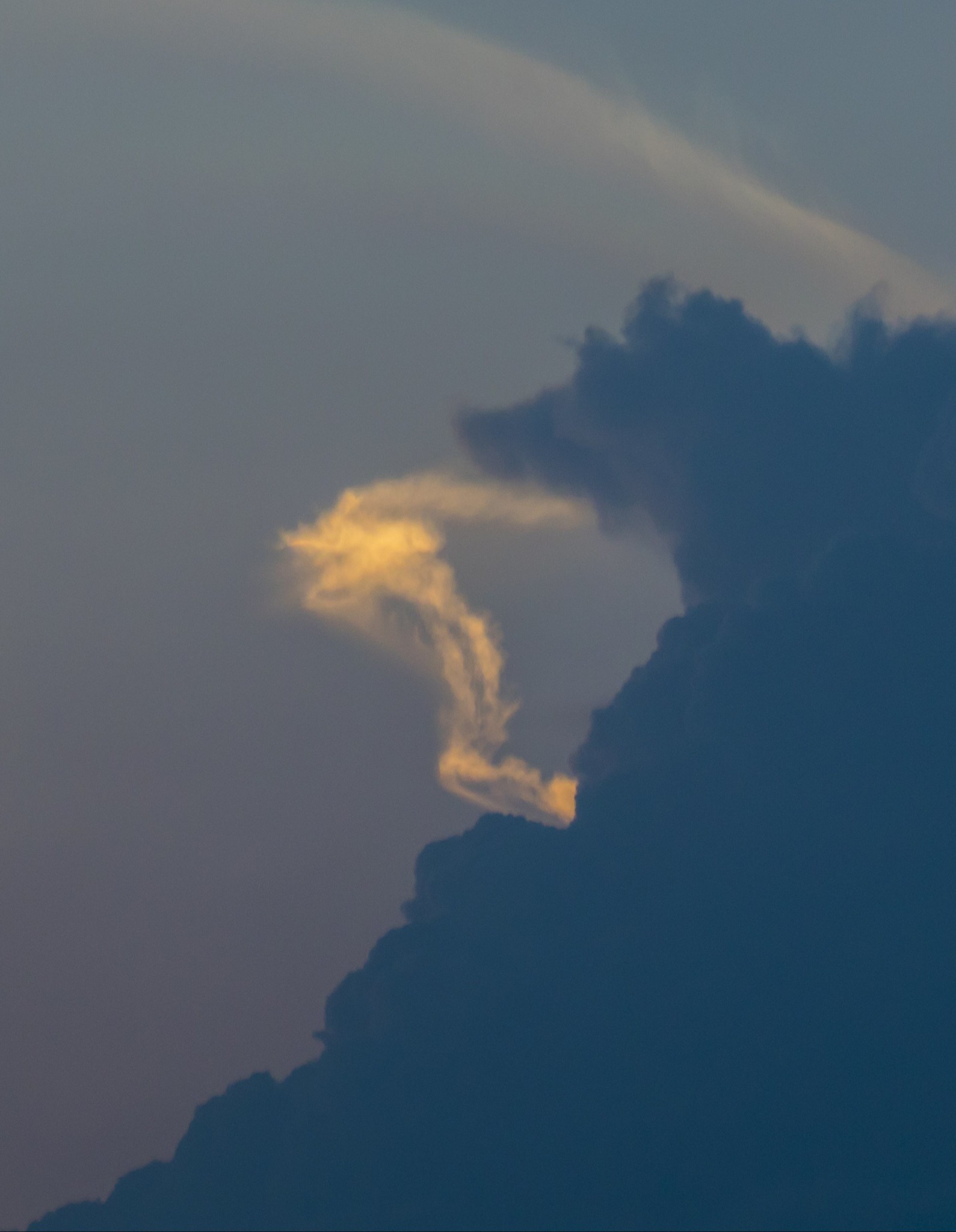 Odd reading articles in the media writing about this test. Normally when something like this occurs, it'll be mistaken as a UFO and then later identified as a military test. This one it was identified as a military test first but then discounted as really a UFO. And it seems to originate from SCMP. And the logic how this is not a SLBM test... China wouldn't dare conduct a test during trade tensions with the US. Also it flew too short to be able to target Europe or the US. How do ICBMs target at all if they have to fly its supposed maximum range? Ever hear of a guidance system? It was the SCMP that also wrote that China's J-31 flying at Zhuhai wasn't stealthy because a US C-17 parked on the tarmac during the air show could see it on its radar... Or how about when China started building large number of submarines, one of their journalists wrote that no one was building submarines because the rest of the world saw them as obsolete. See, contrary to the stereotype that all Asians are smart, there are Asians that can be dumb as hell. Yeah and if it were aliens from another planet, why would their ship have such short range as concluded? Maybe they want to claim it's really the US using black project aircraft where the US is displaying they can molest China at will... but it has short range.
You must log in or register to reply here.
Share:
Facebook Twitter Reddit Pinterest Tumblr WhatsApp Email Link
Top