(ASK) How well trained are the pla special forces?

Registered Member
Found this image on the internet, identified as a PLA SOF soldier. Is it authentic? PLA's special op forces are not exactly unblooded -- in the 80s, it operated against Vietnamese special forces, which are rather decent. And according to internet rumors, operating with US spec op in Afganistan against Uighars associated with Taliban, and against US spec ops in Myanmar.

China blue army or "opfor" based in Zhurihe in inner mongolia. How good they are well in 2015 they pitted against the best regiment of the 6 military region and they beat all of them except one
Here is a bit background and video

" data-medium-file="/wp-content/uploads/2015/02/OPFOR_China_Military_Online-300x171.jpg" data-large-file="/wp-content/uploads/2015/02/OPFOR_China_Military_Online.jpg" style="-x-ignore: 1">
The PLA's "Stride" exercise in 2014, with "Blue Force" helicopters and "Red Force" ground forces. (Credit: China Military Online)
Between May 31 and July 28, 2014, the Chinese People’s Liberation Army (PLA) began the annual large-scale exercise codenamed “Stride 2014.” The Stride exercises have been a regular occurrence, focusing largely on the rapid deployment of large field formations into unfamiliar territory and conducting confrontation drills. The 2014 version, however, was different in its scale, unit composition, intensity and the nature of the opponent the units faced. No fewer than seven of the PLA’s top brigades from seven different group armies (GA) were deployed to the Zhurihe Training Base in Inner Mongolia, under the Beijing Military Region. During the six confrontation exercises that followed, only one resulted in a victory for the visiting “Red Forces” (REDFOR), and at heavy cost. The drubbing received by the REDFOR actually reflects a new age in PLA training that is closely linked with the unit that taught them the lesson, China’s first dedicated opposing forces brigade (OPFOR). [1]

*Did not participate in “Stride 2014,” but was possibly used as a test unit before the main exercises

The visiting forces were under simulated attacks from the moment they arrived at their marshalling areas, and then placed under continued nuclear, biological and chemical (NBC) as well as air attack throughout the exercises (
Please, Log in or Register to view URLs content!
, June 24, 2014). The OPFOR possessed total dominance in the air and artillery arenas as well as tactical advantage due to advanced reconnaissance being denied to the visiting units. Most of the units lost 30–50 percent of their forces by the time they came into contact with the OPFOR, and some lost up to 70 percent by the time their exercise segment ended. Never before has the PLA been given such a test by such an opponent, and the Zhurihe experiment sent shockwaves throughout the officer corps.

The Birth of “Blue Force”

The Zhurihe Training Base in the Inner Mongolian desert has been an important training ground for China’s armored troops since 1957. However, it was only from 2007 that it evolved from a simple target range to a combined arms training center. This was a surprisingly long time coming as the PLA has been acutely aware of its backwardness since the 1991 Gulf War, after which the speed of military modernization increased drastically. Previous OPFOR units were largely on very short rotations and mimicked Soviet formations, which were the main land adversaries during the Cold War. Despite the disintegration of the Soviet Union in 1991, this remained largely unchanged until the 2000s. This transformation was given extra impetus since Chinese President and Commander-in-Chief Xi Jinping came to power in 2012, when he decided to implement reforms within the PLA in order to achieve a fighting force that “can fight and win battles” (
Please, Log in or Register to view URLs content!
, February 21, 2013).

The mysterious “Blue Force”—as the PLA terms its OPFOR—is actually the 195th mechanized infantry brigade, commanded by Xia Minglong, under the Beijing MR (formerly the 1st Armored Division, 65th GA, one of the early pioneering units in “informatized warfare”). This unit appears to have been retrained during 2013 and activated in January 2014. By March 2014, the Central Military Commission (CMC) under President Xi issued the directive “Recommendations Concerning the Improvement to the Realism of Military Exercises” (
Please, Log in or Register to view URLs content!
, March 20, 2014), and the 195th was to be the “grindstone.” “Stride 2014,” therefore, was personally approved by Xi according to the new “2014 to 2017 Trans-Regional Base Located Training Regulations” (
Please, Log in or Register to view URLs content!
, August 6, 2014).
A

Since the days of Mao's guerrillas, PLA up to quite recent times showed its mantle as a credible fighting force. This included during the Korean War in the 1950s, War with India over their northern border, defeat of the Vietnamese Forces to safeguard Cambodia. My hunch is that it has further developed its military strategies and tactics in land battles including the employment of rocket/missile forces. Now we can see the PLA is looking at upgrading/streamlining its PLA-N, and PLA-AF, as the priorities have shifted to China's Maritime borders & Air Space. However, they would keep track of the advancements made by Japan and Korea, not forgetting the US powerful Navy & Air Force. Give China 20years (I wouldn't be around - hopefully floating in heaven) and a review could then be made. For now its analyses & projections which are never accurate for long term projections. Anyway, let there be PEACE on earth for the sake of our future generations.
A

Just found it on youtube about Chinese SOF training ... quite good

so when somebody said in this thread (1st post) that Chinese SOF is amateur ... welll, not sure what he/she is talking about .. hopefully the guy is ok
A 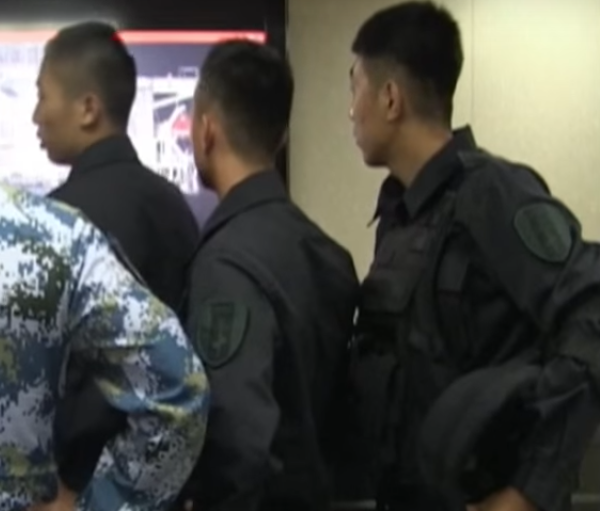 This report give overview of Zhurihe the biggest training base in Asia It is immense. by holding the parade in Zhurihe they send a message of readiness and show case the Zhurihe

The resident opfor the blue wolf


For years, Zhurihe, the largest military training base in China, has prepared Chinese troops for war.

Covering more than 1,000 square kilometers, Zhurihe has been the site of many major PLA exercises and international war games involving the PLA and foreign militaries.

The training base covers deserts, grasslands, mountains and ravines, making it the perfect place for massive joint military exercises, because the PLA can use it to learn how to fight under different conditions and regions, and also to test advanced weapons, said Song Zhongping, a military expert who served in the PLA Rocket Force.

In the past, Zhurihe was not reported in State media, and was only referred to as "a military training base in North China." It could only be seen in satellite images. It was finally declassified in 2003, according to China Central Television.

"The PLA uses Zhurihe to showcase its modernization. Opening it to foreign militaries shows the growing transparency and confidence of the Chinese military," said Yang Yucai, a professor at the National Defense University of the PLA.

In 2005, a massive military drill was held in Zhurihe, which was witnessed by military officers and diplomats from 24 countries, including the US, Russia, the UK, France and Germany, news website people.com.cn reported.

As of September 2015, the brigade won 31 of 33 simulated battles against elite troops across the country, and these troops play the role of the "Red Army."

Zhurihe holds military simulation competitions every year, and troops across all command theaters come to Zhurihe to train and improve their combat skills by facing the Blue Army.

The Blue Army plays the role of a "knife grinder" for the whole army, "and the grinder should be harder than the knife to sharpen the knife. Therefore, the Blue Army has well-trained personnel and better weapons than other troops in the simulations," Song said.

The state-of-the-art simulation system uses laser simulations to make it appear as if the Blue Army is using foreign weapons and is capable of powerful airstrikes based on the requirements of those in charge of the exercises. It can even use simulated tactical nuclear bombs or chemical weapons, an anonymous PLA officer who had participated in exercises in Zhurihe, told the Global Times.

"For instance, the Blue Army is armed with Type-59 main battle tanks but the Red Army has more advanced Type-99s or Type-96s. But those in charge of the exercises will make it appear as if the Blue Army's tanks are US-made M1 tanks through laser simulation, and this will make it more difficult for the Red Army," he said.

The task for the opposing force is to devise tactics to think like our potential enemies rather than just using similar weapons, Song further noted.

"The Blue Army will normally simulate the US Army, but it doesn't mean we are hostile to the US. The US has the most powerful and advanced military force in the world, so we want to learn from the best and use the highest standards to train our troops and improve our own combat capabilities," Song said.

Man Guangzhi, the Blue Army commander, told CCTV that "we are trying our best to simulate the foreign forces by studying their most recent military operations and gathering information on their most advanced military tactics."

"In some cases, the opposing force will also simulate a weaker force, such as Taiwan's military," Song said.

I am glad that they no longer show those synchronized acrobatic kicking thing... I know that the PLA would never train their troops to do those synchronized moves for actual combat, but they used to always show those moves in videos. It looked so fake. I am glad that their PR dept finally came around and decided to show the actual training.
You must log in or register to reply here.