Registered Member
I mean, that's enough to wipe out any city three times over.
K

banjex said:
I mean, that's enough to wipe out any city three times over.
Click to expand...

It can't even obliterate the whole of Seattle.
B

Registered Member
If 6x250 kt isn't obliterating, I'm not sure what to tell you lol.
S

SEAD said:
‘完成工程研制’ is not ‘finish design works’. Normally that means the program is ready for the final milestone of development, ‘定型’.
View attachment 88711
Click to expand...

Considering SLBM development normally falls behind corresponding SSBN, the first 094 equipped with the new JL-x may launch in 2020-2023.


SEAD said:
Considering SLBM development normally falls behind corresponding SSBN, the first 094 equipped with the new JL-x may launch in 2020-2023.
Click to expand...

I’m not following Chinese SLBM tests but any successful test after 2020 means IOC of the new SLBM.
W

It can't even obliterate the whole of Seattle.
Click to expand...

It about the fallout and chaos ,not the immediate destruction, nukes can cause a lot of casualty in the first 3 weeks , much much higher the just what the blast radius would have you think.
Say if you drop a 250KT in the middle of city like Seattle, about 10K will be vaporized on the spot , a few hundred K will be burned , injured, radiation sick that will die over the next few hours , and over the next week a about a million will die from radiation and other wounds that cannot be treated because the hospitals will be overwhelmed.
And the story doesn't end there , since even 1 bomb will easily take all of the city's emergency response ability ,wide scale looting might happen , similar to what happened during hurricane Catrina many more will die from just the chaos alone .

wssth0306 said:
That is my point exactly, I agree that there isn't a way to know for sure.
It all estimation from members of this forum.

It is just my opinion that a Ohio class equivalent SSBN from China is unlikely to come before 2030s, if I would be proven wrong that would be a good thing.
Click to expand...

If it's just a matter of differing opinions regarding the readiness of new technologies, then sure that is fair enough.

But the timing and the rumours from the late 2010s and the completion of the new facility, imo, pushes strongly in the direction that the 2020s are when we should expect to see big movements.

Registered Member
Hmm. Either I am crap at using Sentinel Playground or both the new submarine and the barge it was on have disappeared!

It depicts 6x2, aka 12 VLS tubes, from this perspective. 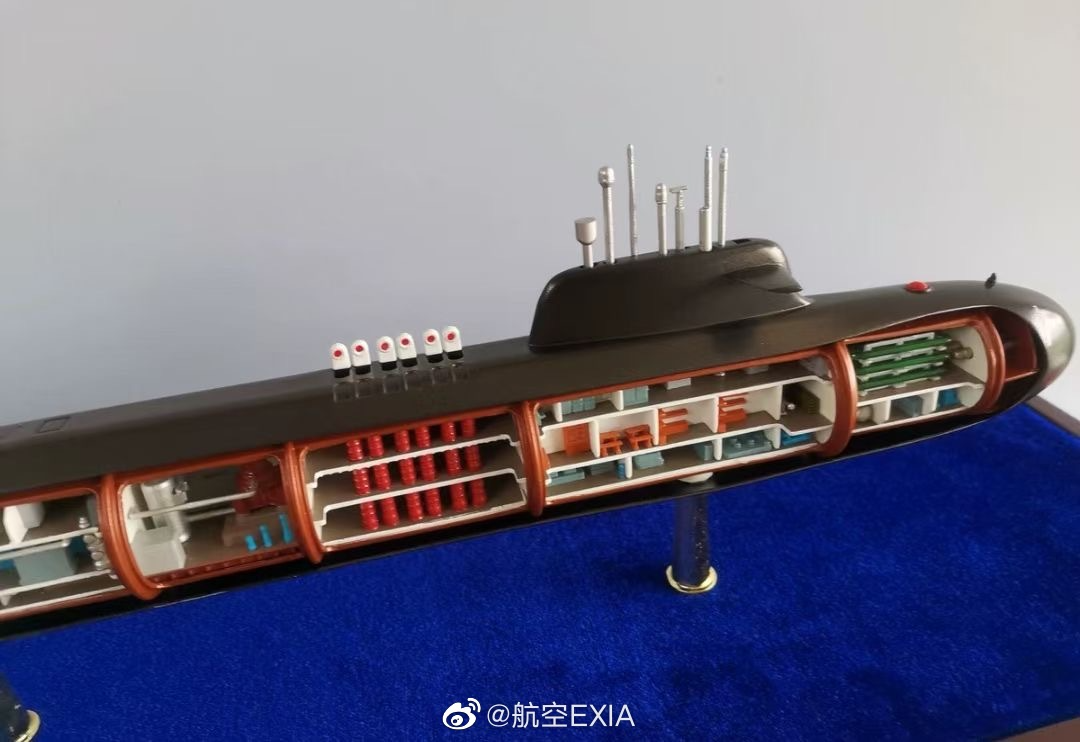 Note that VLS lids are not perfect squares but more rectangular in shape.

Bltizo said:
Right, okay so it's just the way they described it in the podcast. That's fine, I just wanted to clarify where the "generations" came from.


I think 09V could be longer than the 09IIIB family, but why do you think it would be wider?

Some people have floated the idea (no pun intended) that the submarine in the image is an existing in service 09III/A submarine that has returned to drydock for maintenance, and that the image taken was part of the process of settling it to drydock.
(On the western side of the drydock at the old facility they have used the drydock and floating barge for that as well I believe)

Personally I think it is slighlty more likely that it is a new build submarine being launched, but I acknowledge that with only this one image at this stage it is possible it's an existing submarine rather than a new one.

If we had imagery over the previous days showing this submarine exiting from the assembly hall however, that would prove it is a new build submarine.
Click to expand...

When a ship is placed on a floating dock, I believe the ship is either being launched or lifted out of the water?

Interstellar said:
When a ship is placed on a floating dock, I believe the ship is either being launched or lifted out of the water?
Click to expand...

Yes.
If a ship is being launched it is a new ship.
If it's being lifted out of the water, then it means it is an existing ship that is going to land for refit or maintenance.


Personally I think it's more likely that it is a new submarine in this case, and I think there's a good chance it is 09IIIB. But I'm not fully calling it yet until we get additional pictures.
You must log in or register to reply here.