Hendrik_2000 said:
Yup need to increase the Z 18 MTOW of 14 ton to higher number with empty weight of 7 ton. So it can carry max 5-6 ton. Can't even carry Mengshi. Not sure if dimension wise it can do that maybe old Mengshi I with 5Ton empty weight.
Sofar I see it can carry mountain cat ATV or Light weight 155 mm gun
Click to expand...

If Mengshi can't fit in the cabin then perhaps Z-18 can carry it on a sling?

tupolevtu144 said:
If Mengshi can't fit in the cabin then perhaps Z-18 can carry it on a sling?
Click to expand...

Yeah that is a possibility But generally the medium size helicopter use is to carry lightweight 155 mm Howitzer like AH4. But AH4 never adopted by the PLA instead they opt for PCL 181. Not sure why I guess it is mobile but still you need light howitzer to pummel foe from the hill or bullock

China North Industries Corporation (NORINCO) confirmed in July 2016 that development of its AH-4 155 mm/39 caliber Lightweight Gun-howitzer (LGH) has been completed, and the company is ready for production when orders are placed. This is a follow-on to the earlier 155 mm GP1 LGP and is claimed to have a higher resistance to jamming.

In many respects the Chinese AH4 155 mm/39 calibre LGH is very similar in concept to the BAE Systems M777 155 mm/39 calibre Lightweight Howitzer (LH) that was originally developed as a private venture by Vickers Shipbuilding and Engineering Limited (VSEL) and is now in service with Australia, Canada, and the U.S. Army and Marine Corps. Born at the beginning of this century, the M777 was the first use of a large number of titanium and aluminum alloy materials. It is usually operated by 8 soldiers, but also can be reduced to 5. The biggest feature of the gun is light weight, a combat weight of 3745 kg.

NORINCO states that the AH4 has a combat weight of 4,500 kg, including its hydro-pneumatic suspension that enables the weapon to be deployed in firing position within three minutes and returned to its towed position in two minutes. The AH4's elevation and traverse limits are almost identical to the M777 at -3 to 72° and 22.5° respectively. It is operated by a crew of seven. Gun tube is 39 times the diameter, because the use of ramming machine gun in the intensive fire, the initial rate of fire is up to 5 rounds per minute, with continuous shooting at 2 rounds per minute.

The structure of the AH-4 is similar to M777, in fact, is due to meet the demanding performance requirements, technology choice is often to ensure strength only -- only the use of titanium alloy in order to make the gun very light weight; only the base disc carries the recoil directly to the ground; only by using "H" type carriage to ensure fire during the gravity change after tilting.
Last edited: Jun 2, 2021 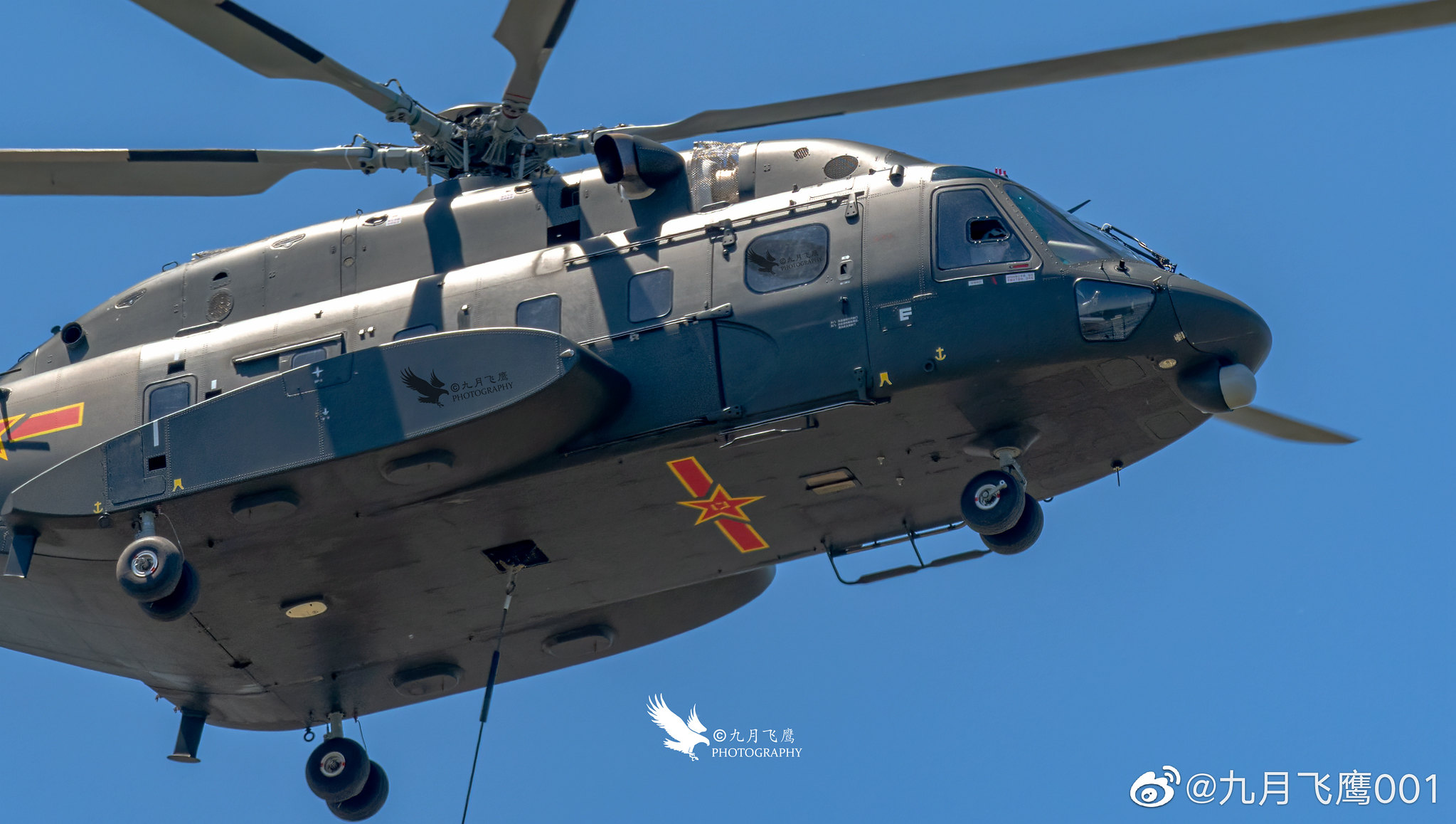 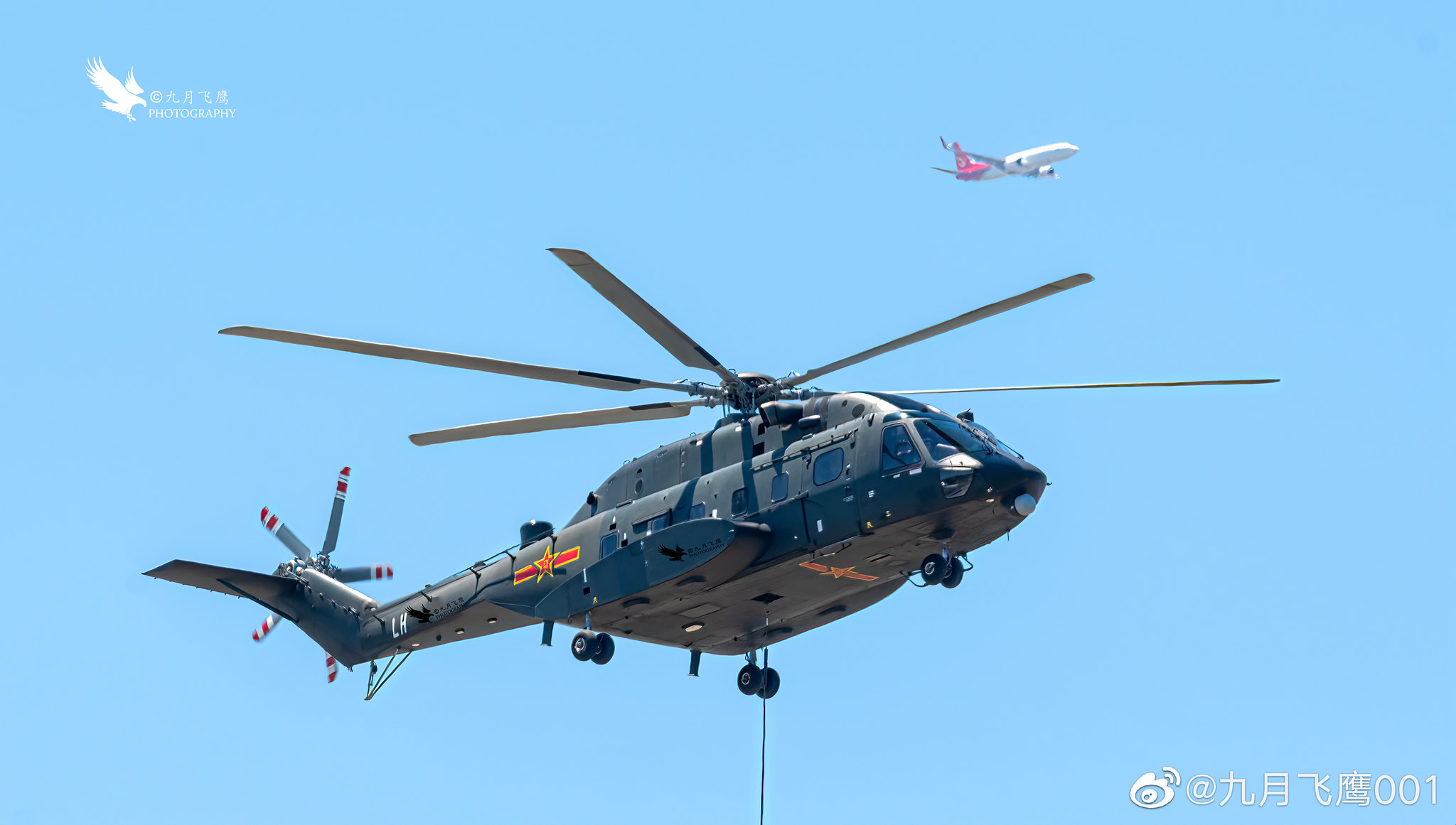 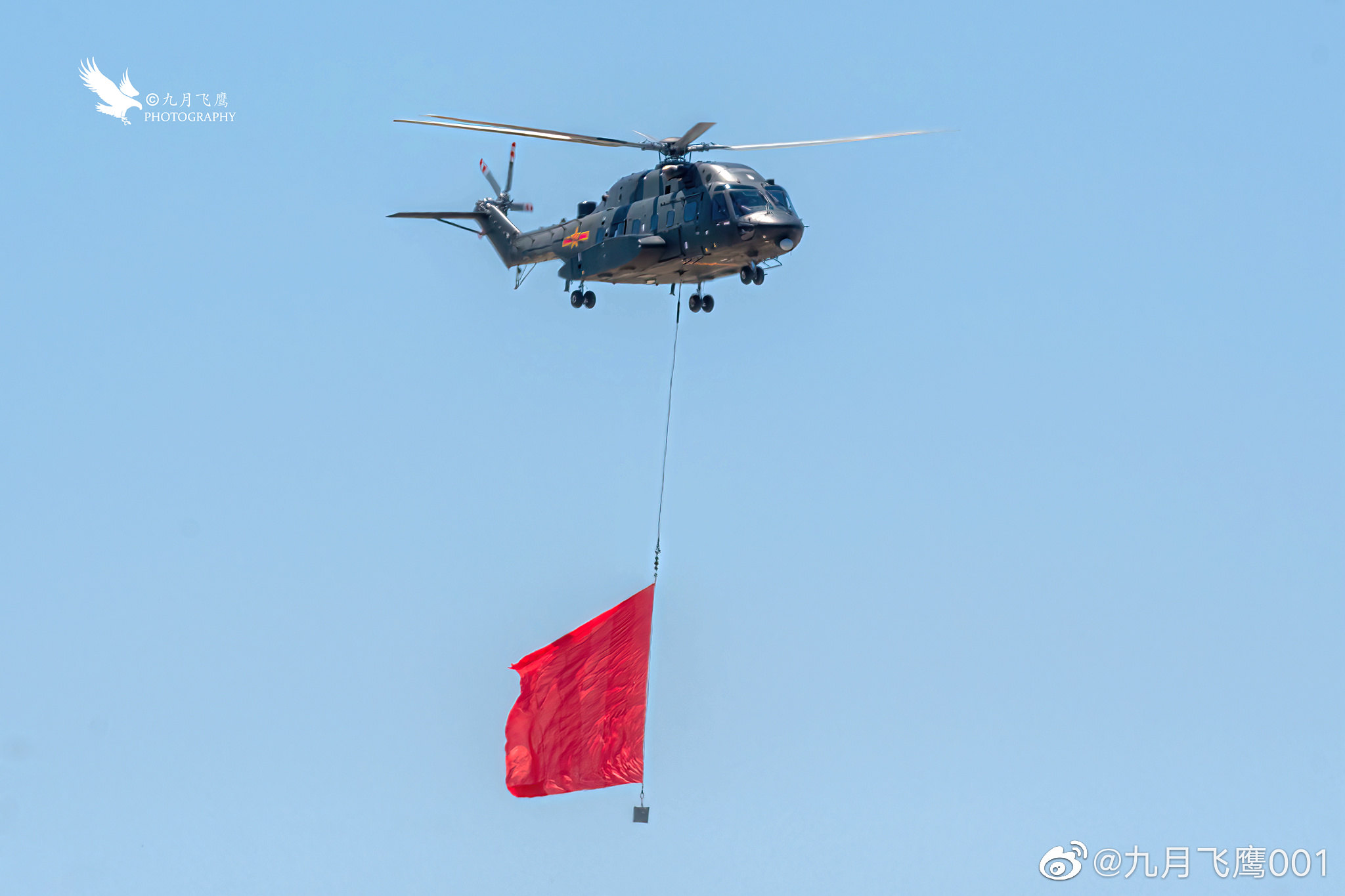 More Z-8Ls in a rehearsal formation. 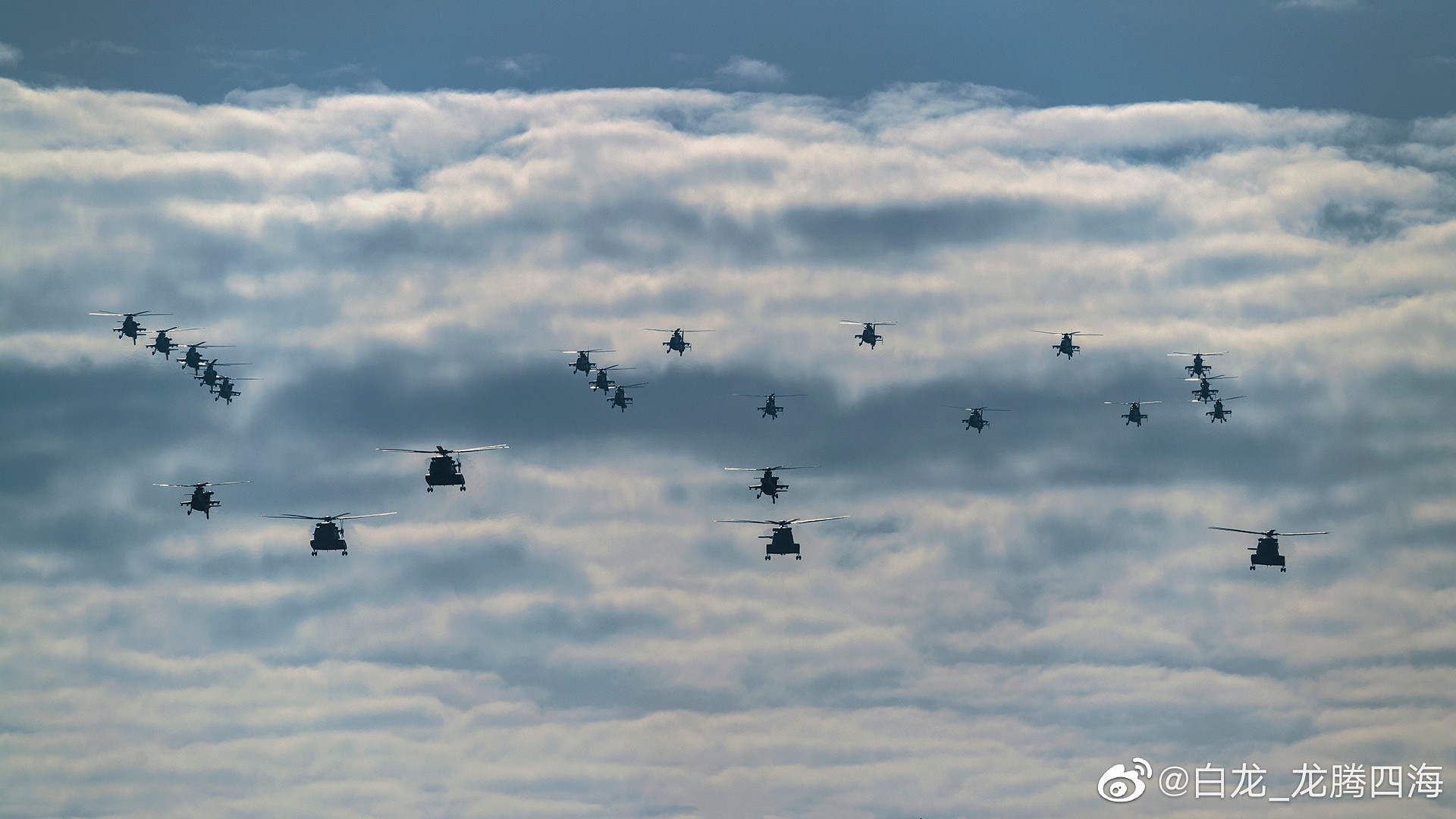 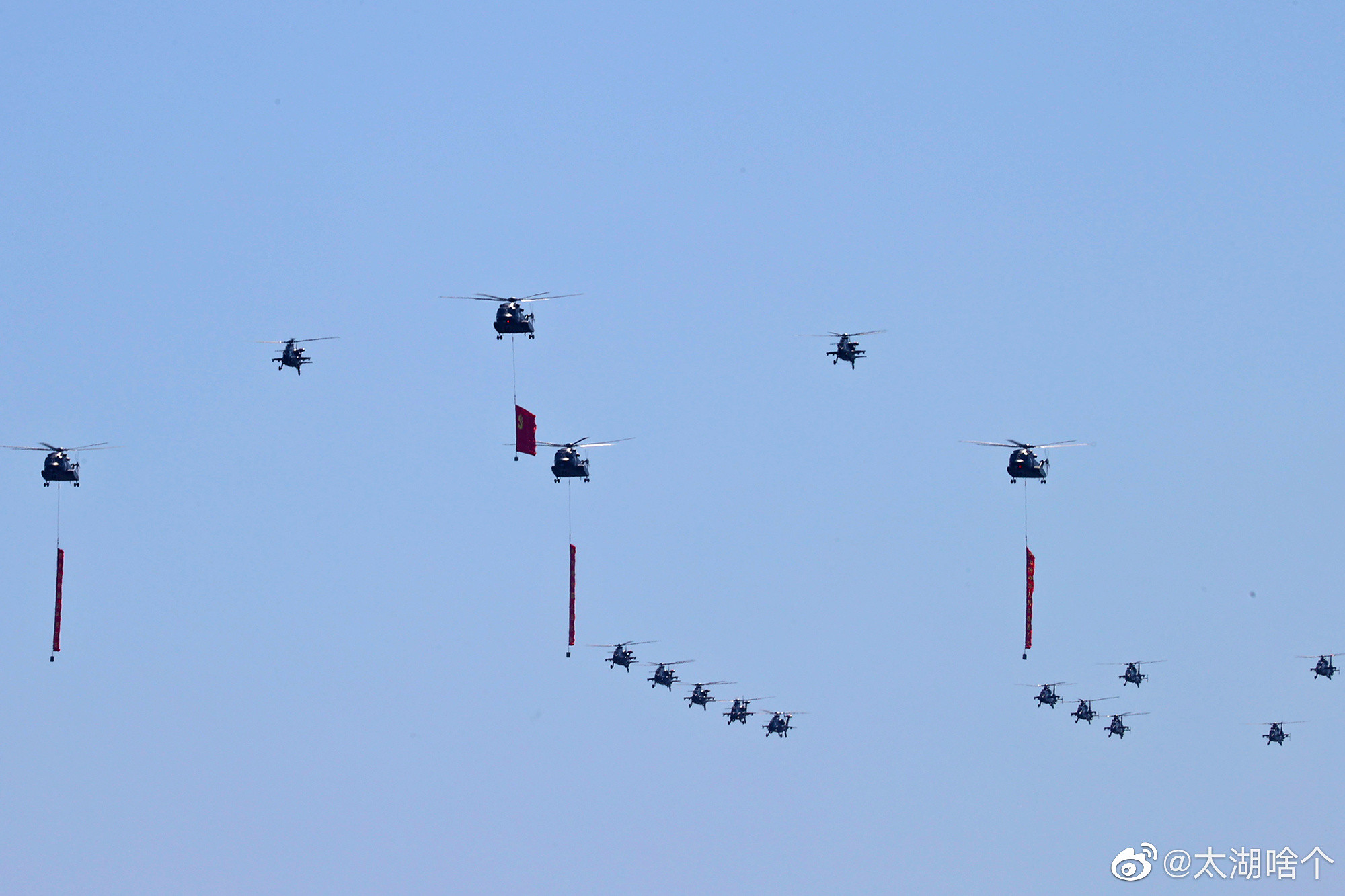 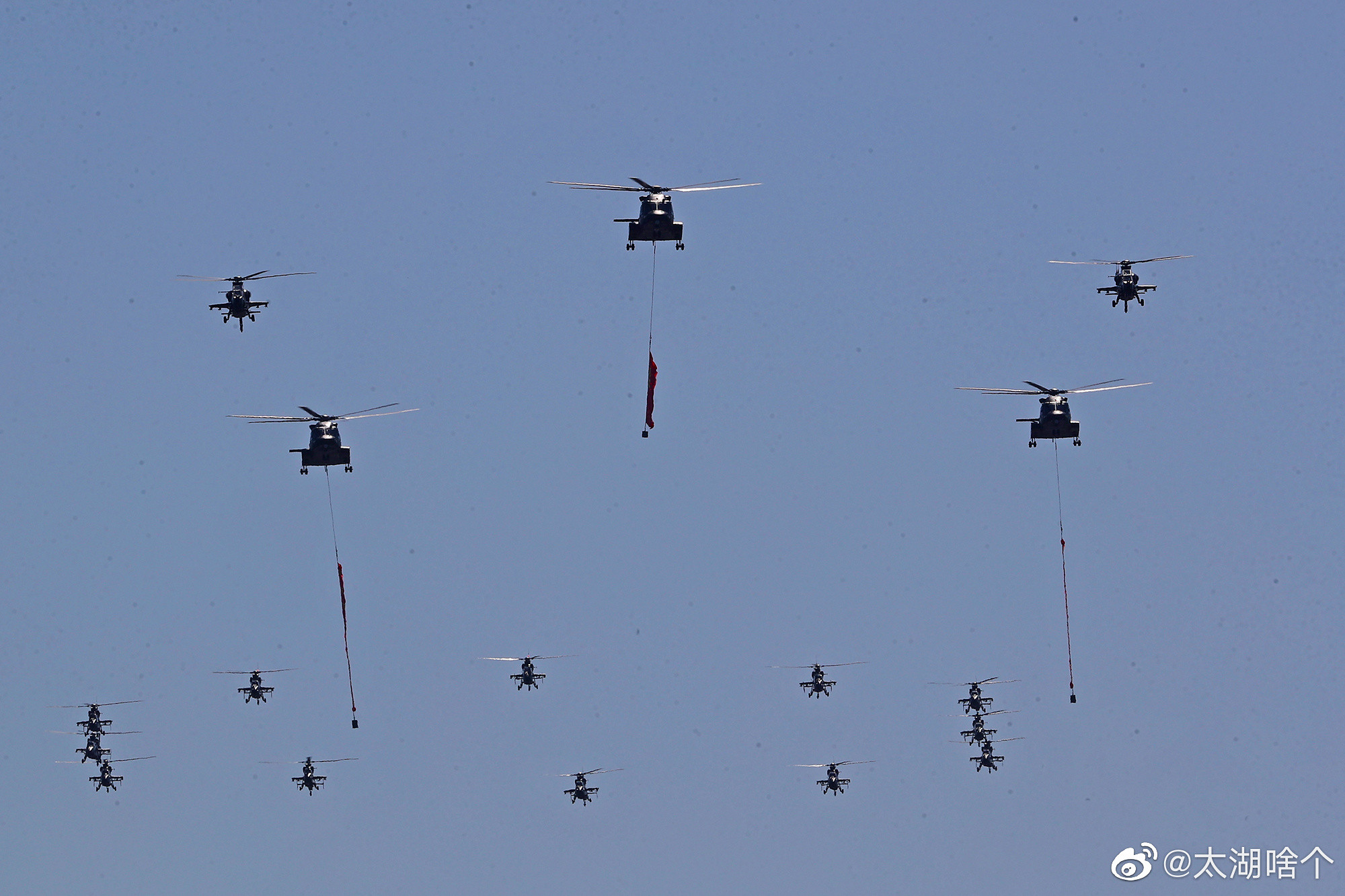 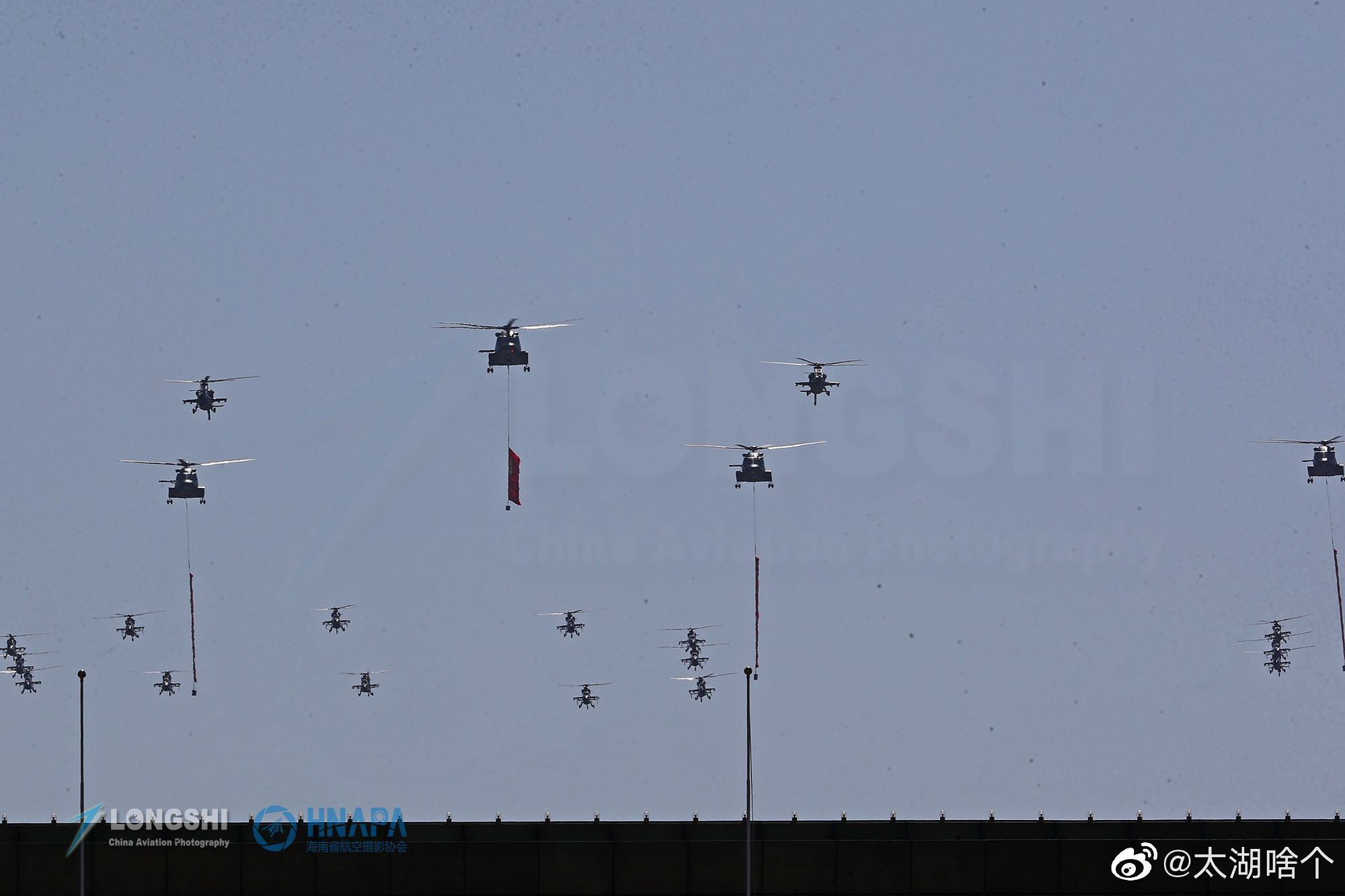 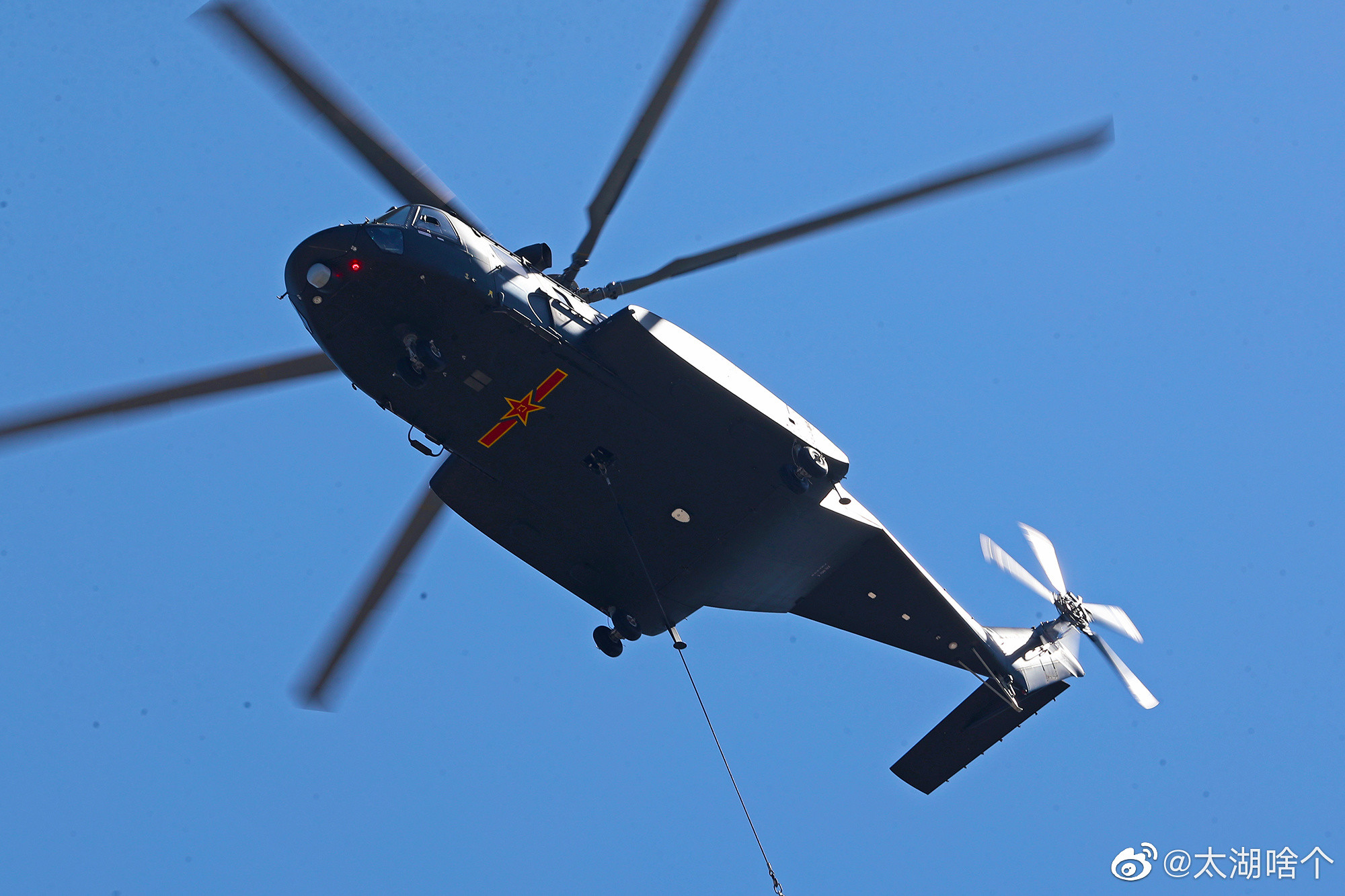 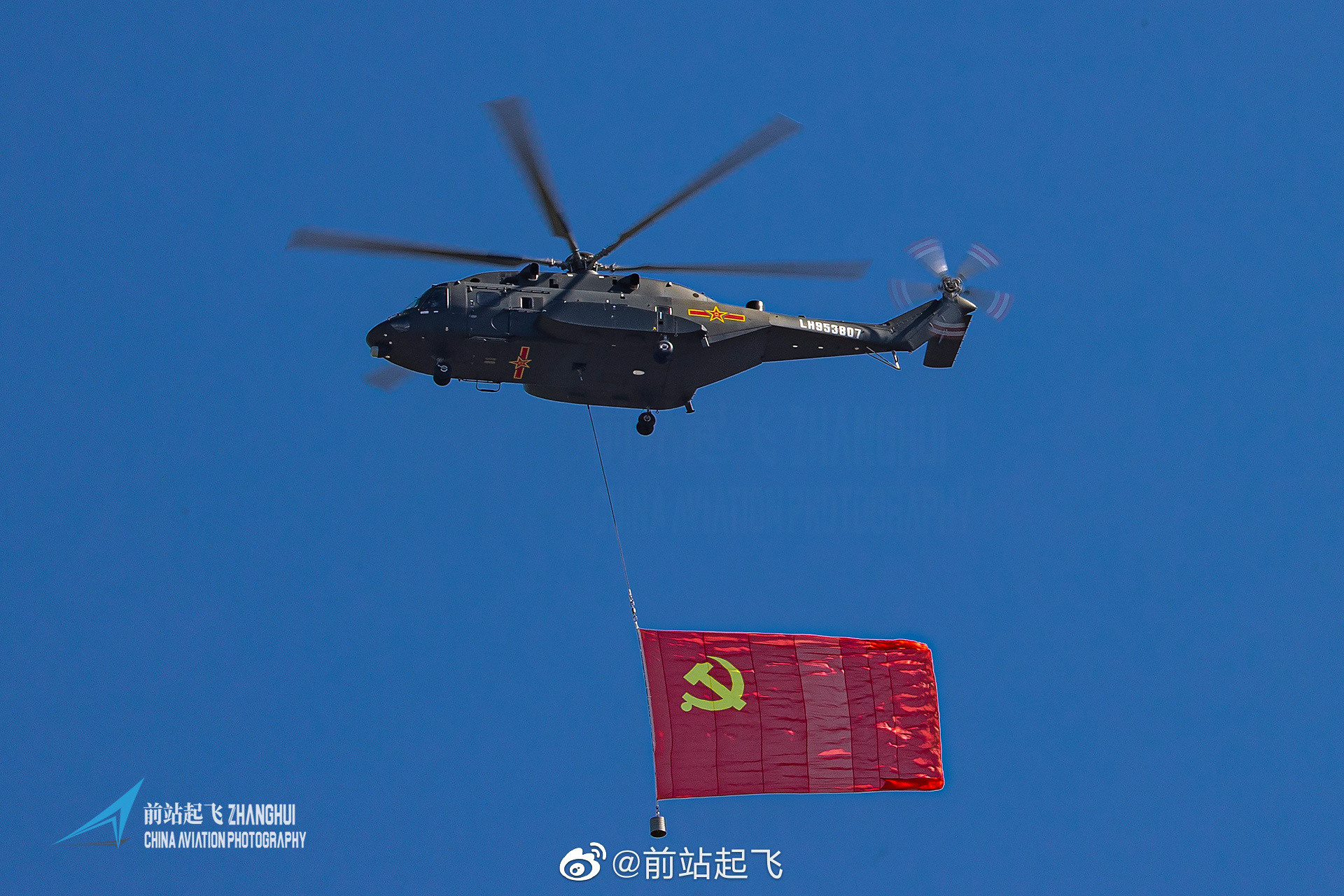 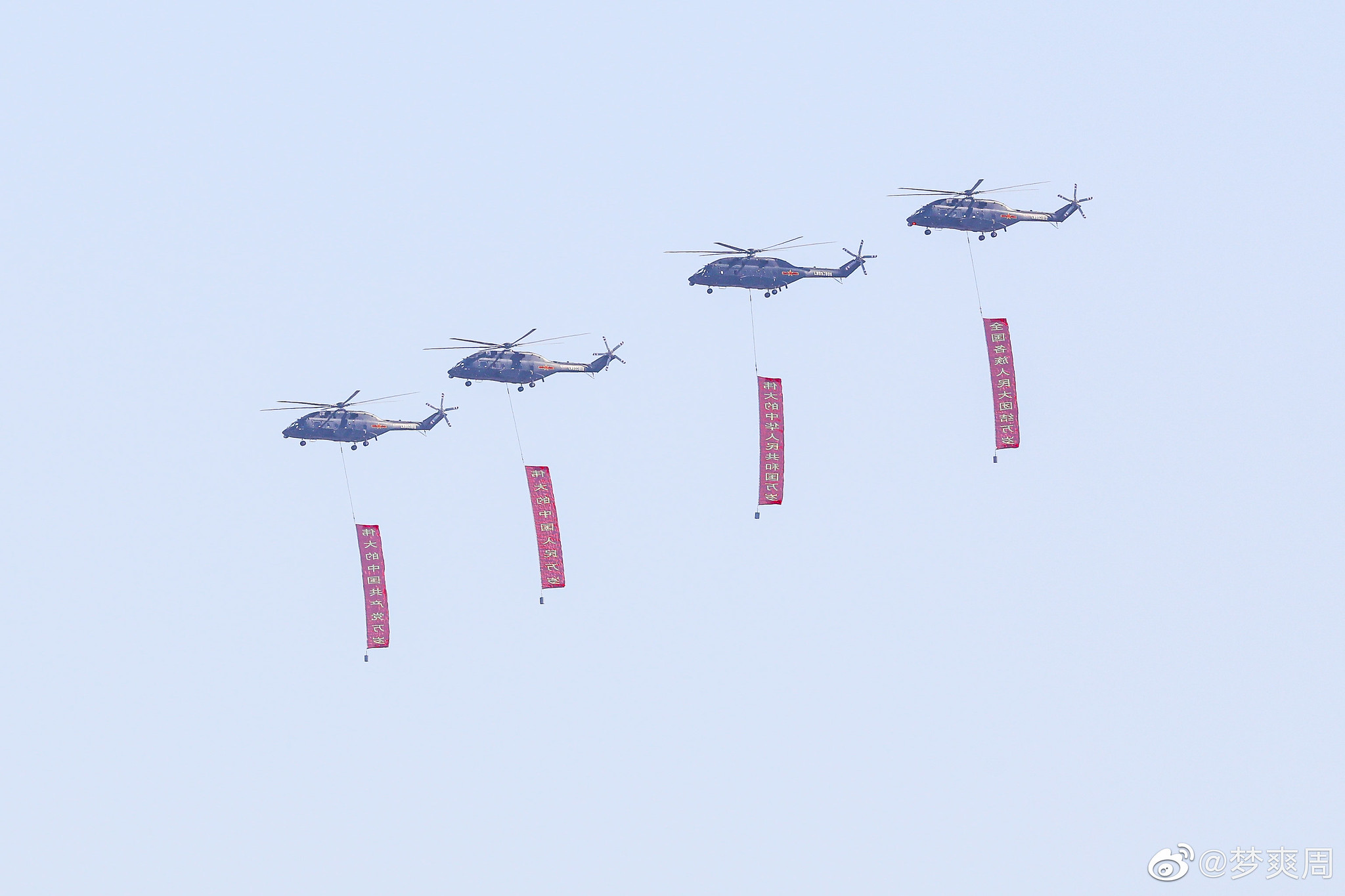 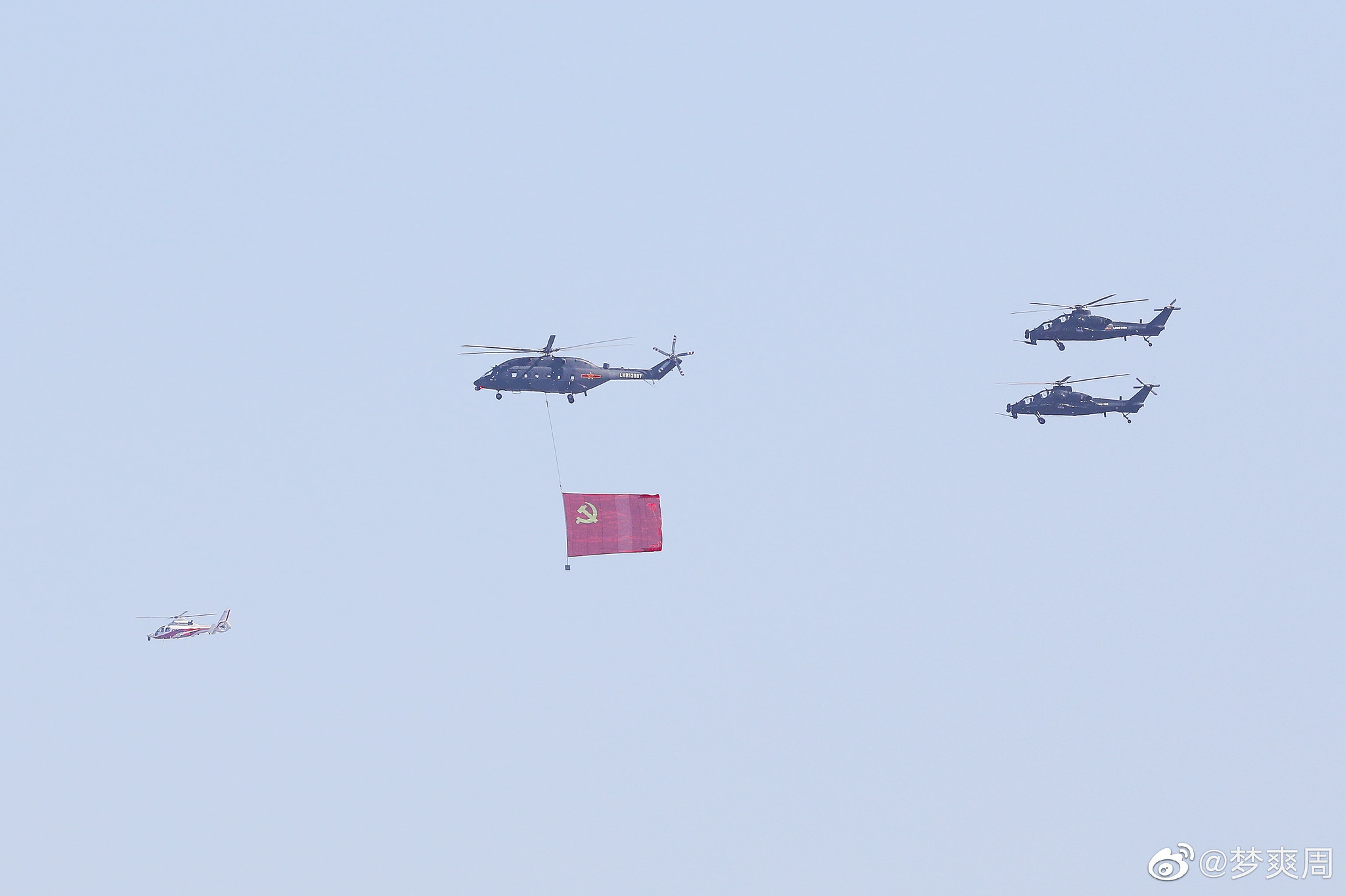 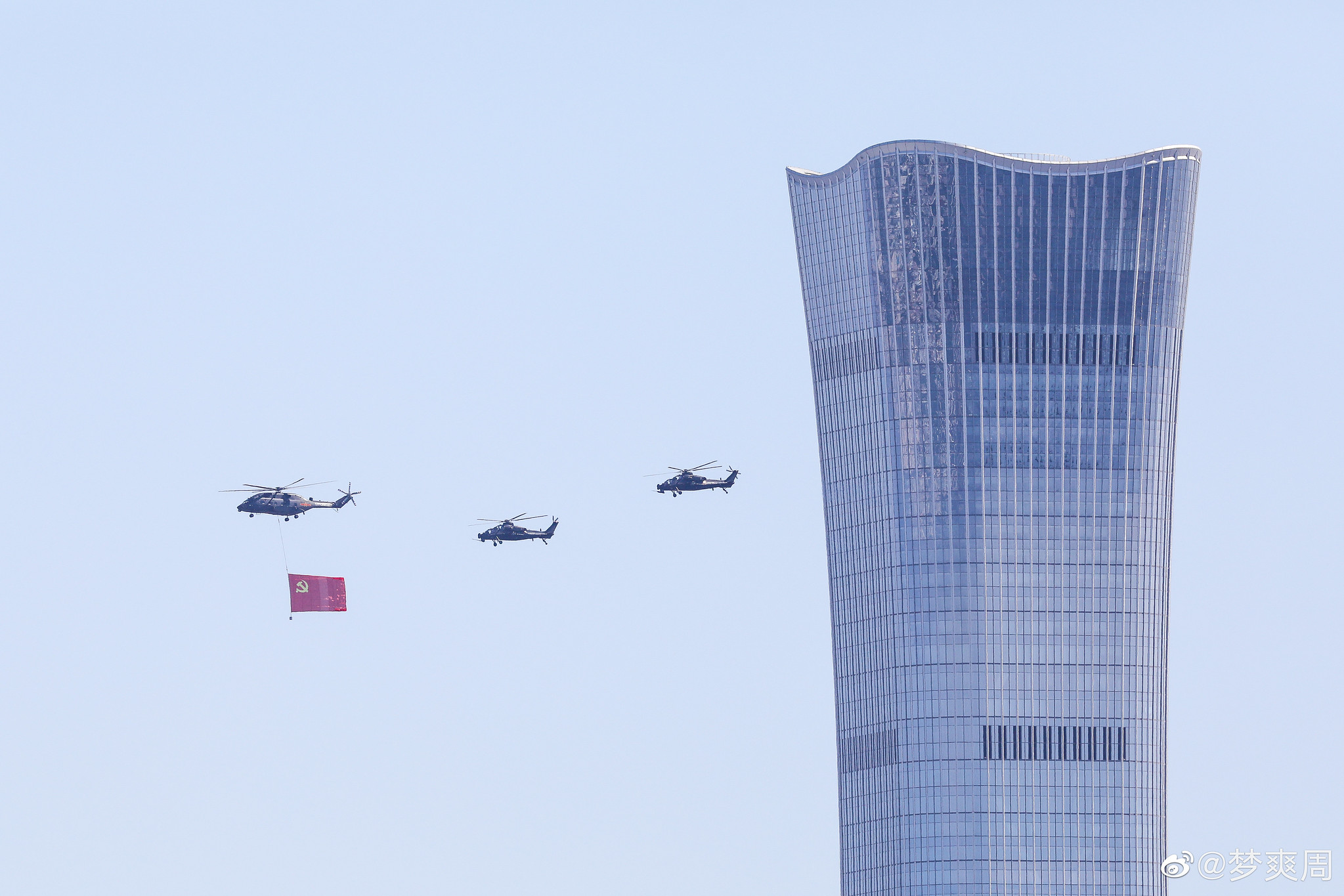 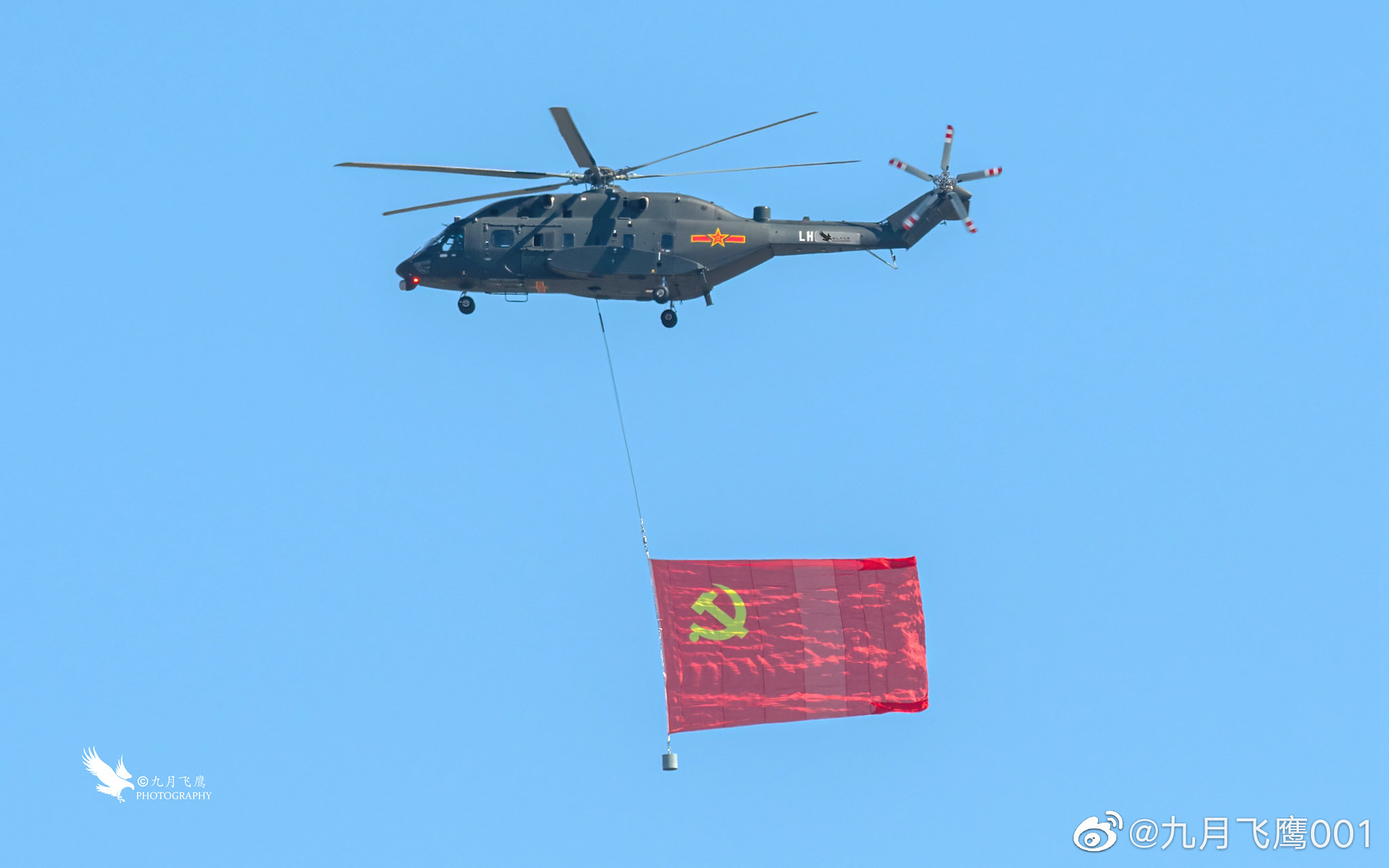