delft said:
It must mean that they do not consider the Kiev regime a serious threat anymore.
Click to expand...

It must mean that they want money.
D

Jura said:
this is a stunning statement, delft, I didn't notice such "an interpretation" in Russian Internet ... could you elaborate please?
Click to expand...

If they have time for this matter they do not see an imminent danger from Kiev.

delft said:
If they have time for this matter they do not see an imminent danger from Kiev.
Click to expand...

delft if you perceive it this way ... I'll give you a Like and leave the topic
D

OSCE observers have come under fire in the Donetsk Region of Ukraine and had to abort their inspection of the village of Kominternovo on Sunday, the watchdog said, adding that none of its staff had been injured in the incident.
The OSCE Special Monitoring Mission (SMM) to Ukraine said it “confirms that an incident involving small arms fire took place, today, 27 December, at 11:20 in the vicinity of Kominternove.”

There were no injuries among the mission’s members or damage done to OSCE vehicles in the attack, it added.

According to the watchdog, the OSCE (Organization for Security and Cooperation in Europe) observers had to “evacuate the area immediately” and return to their base in the city of Donetsk, held by the forces of the Donetsk People’s Republic (DPR).

The DPR’s Deputy Head of General Staff, Eduard Basurin, and the Russian TV crew was accompanying the monitors when the shots were fired.

"Fortunately, there were no victims among the journalists and OSCE mission members. Eduard Basurin also avoided injuries,” a DPR military representative told Interfax.

The Rossiya 24 channel said none of its crew, who were filming in Kominternovo, were hurt.

"As soon as the OSCE began its inspection, we heard separate shots. The military later told us that it was sound of the sniper rifles. It was followed by machinegun fire,” Andrey Rudenko, Rossiya 24 correspondent, said on air.

“After driving around a kilometer away from the scene, we’ve heard that shells, which were presumably fired from mortars, began exploding on the very spot,” he added.

Rudenko stressed the area where the attack took place is controlled by the Right Sector ultranationalist group.

The fire came from the direction of Ukrainian military positions, according to Basurin.

The Ukrainian Defense Ministry said the attack on the OSCE observers was a provocation staged by the self-defense forces of the Donetsk People’s Republic.

The OSCE observers are working in eastern Ukraine to monitor the implementation of the Minsk peace deal, which was signed in February between Kiev and the self-proclaimed Donetsk and Lugansk People’s Republics.

The accord has led to a sharp decrease in the fighting, which has been going on since April 2014 and took over 9,000 lives.

The agreement, which envisaged a ceasefire, prisoner exchanges and the withdrawal of heavy weaponry, led to a drastic decrease in violence in the area, but has not been fully implemented by either side.

The attack on the OSCE observers wasn’t the only incident in the Donetsk People's Republic on Sunday, with Basurin saying that two people were killed in the shelling of the village of Zaytsevo by Ukrainian forces.
Click to expand...

Russia cut back the price of natural gas for Ukraine most recently
(as announced by РИА
Please, Log in or Register to view URLs content!
)
which is considered something like outrage in Russian Internet for example discussions below the blogs of "Cassad":

Russia said Friday that it was giving Ukraine a “discount” on natural gas prices, but further declines in energy prices will likely make the $17.8 savings a moot point anyway. Bonus for trying to be nice to Kyiv, though, Gazprom.

Russia’s main supplier to Ukraine, Gazprom, will charge $230 per 1,000 cubic meters of natural gas for first quarter deliveries. The price is locked in and was signed by decree by Prime Minister Dmitry Medvedev on New Year’s Eve. Russia and Ukraine have been locking horns on gas prices all year. European moderators have been forced to mediate the dispute, which has often led Gazprom to stop deliveries of gas to Ukraine.

The lower price is mostly reflected by falling natural gas futures in the market and not Moscow subsidies, as in the olden days when the two countries were on speaking terms. Ukraine will likely end up paying a bit more than market rate because energy prices are seeing falling to the low $30s in the first half of next year anyway. Lower oil prices tend to translate into lower natural gas prices as well.

BP CEO Bob Dudley said in a BBC interview this weekend that oil futures will hit their “low point” in the first quarter of 2016 before stabilizing by the end of the year. “Prices are going to stay lower for longer, we have said it and I think we are in this for a couple of years. For sure, there is a boom-and-bust cycle here,” Dudley said. Oil prices fell 34% in 2015 due to prolonged global oversupply and lackluster demand from China.

February oil futures are $37, having fallen in December to their lowest point since the Great Recession. The Russian ruble continues to track oil. The currency weakened to 73 to the dollar, its lowest level ever.

Meanwhile, Ukraine continues to deal with the Russians in East Ukraine. Crimea is essentially fully sanctioned by the U.S. government, and Ukraine is forced with paying the Russians — the bane of their existence nowadays — some $3 billion in overdue debts.

Naftogaz said last week that it’s been getting a lot of its gas and oil supplies from Europe, but the origin of that fuel is likely to be Russian.
Click to expand...

interestingly, the natural gas price became about two times lower during last one year and a half:
EDIT
fixing the format of the chart generated at

About those $3 billion in overdue debts, cited from RT:

Russia’s Finance Ministry is filing a lawsuit against Ukraine for failing to pay off its $3 billion debt to Russia before the December 31 deadline. This means that Ukraine is now officially in a state of default, the ministry added.
“Ukraine has not made the payment of $3.075 billion in repayment and servicing of external bonds owned by Russia during the grace period, which expired on December 31, 2015. Thus, Ukraine is in a state of default now,” the ministry said in a statement.
Click to expand...

yesterday Separatists' Field Commander "Cat" killed by a sniper in downtown Donetsk, so Ukrainians were blamed:
Please, Log in or Register to view URLs content! 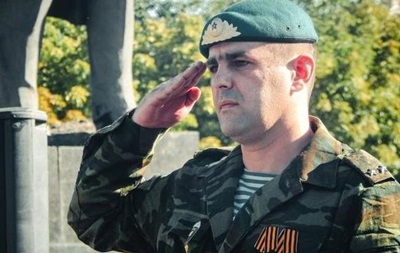 Jura said:
Russia cut back the price of natural gas for Ukraine most recently
...
Click to expand...

... and yesterday Ukraine turned down the offer, as the price is lower in Western Europe, Russians announced
for example РИА:
Please, Log in or Register to view URLs content!
related to:

after the most recent diplomatic activity

(in English I found:

Please, Log in or Register to view URLs content!
and
Nuland-Surkov consultations on Donbas settlement end in Kaliningrad

Please, Log in or Register to view URLs content!
but there was more of it, of course)

many debaters under the related blogs by Red Russians
"Cassad"

There was a hearing today in the Dutch parliament on the matter of the responsibility for the downing of MH17. It is reported by the website of my favourite radio station at
Please, Log in or Register to view URLs content!
( in Dutch ), but not by my newspaper.
The two most remarkable items mentioned are:
* The Buk system in the hands of the rebels was not operational
and
* all three Ukrainian radar systems that should have been looking at the air traffic were in maintenance, therefore Ukraine cannot provide the radar information it should legally provide.
The first is hardly news. Looking for the guilty men among the rebels, as the Netherlands has been doing, thus cannot be successful.
The second was reported earlier but must still be considered most remarkable.
You must log in or register to reply here.