Registered Member
This is about the Type 055's ECM, not about it being in formation with CV18 in this artwork. CV18 here is based on the CSSC conference picture and on the island mockup used for equipment, so the island is a fair accurate representation.

Note the panel above the number "18". That panel there is about the same size as the panel underneath the bridge wing of the 055 and is likely the same device --- the ship's ECM. I won't be surprised if Carrier 003 would use the ECM system on the 055, and likewise the two sets of radars, one set small, one set big, are also taken from the 055.

Tam said:
No surprise. When the ships are on trials, they are frequently covered and escorted by 054As and 056s. This from LKJ86 at the PDF and

I won't be surprised if the 056s and 054As are escorting 055s and other new ships like the Shandong during trials and shakedown in order to spot for snooping submarines trying to acquire the new ship's audio and sonar signature. 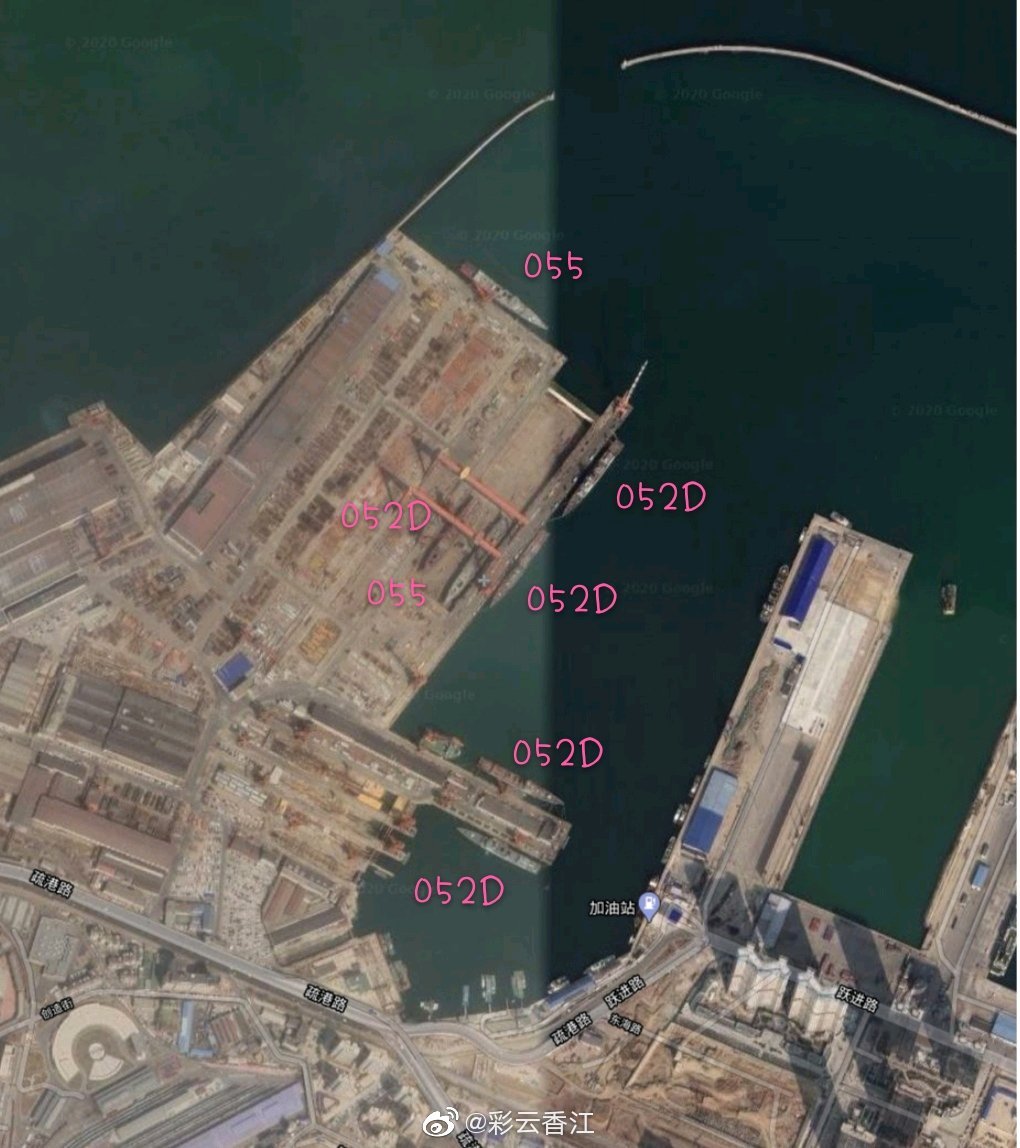 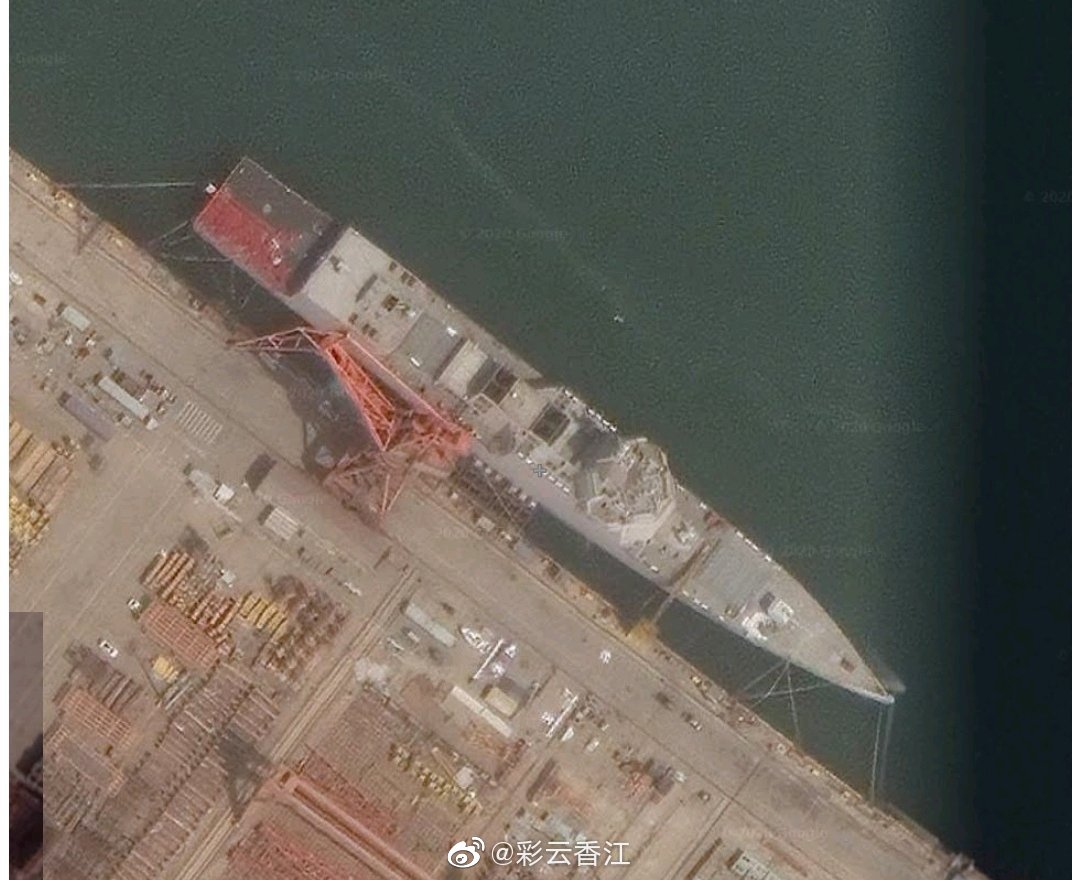 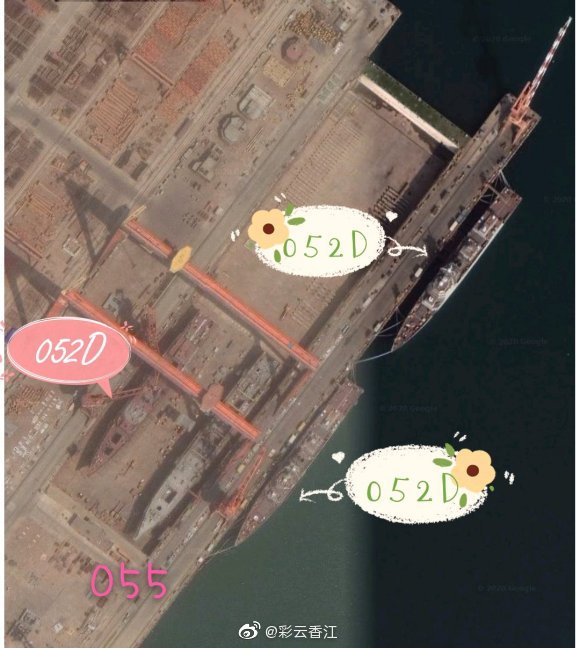 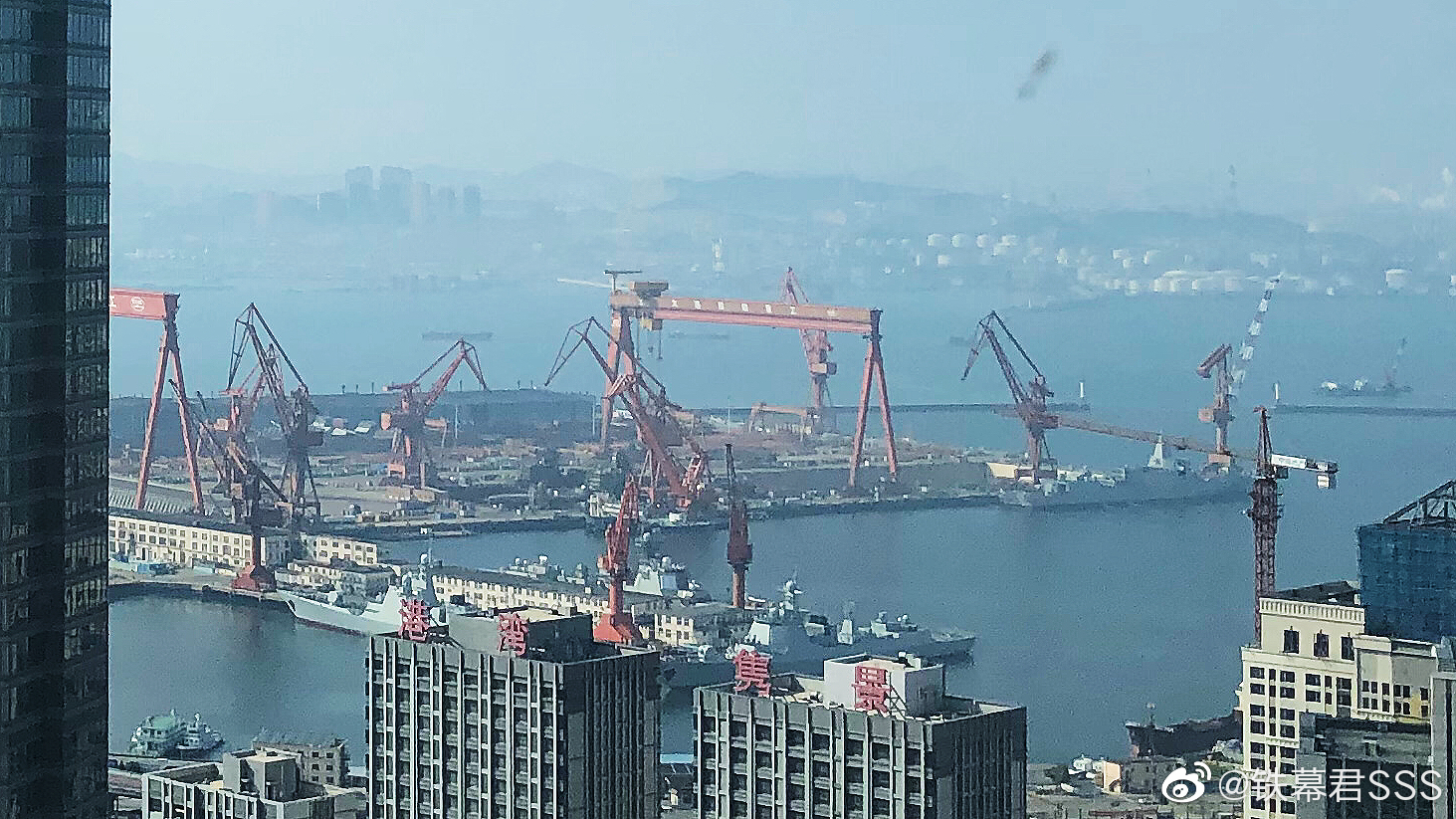 Why did they not float the forward units to the back part of the dock ?

empty for the first time
S

by78 said:
The gun turned sideways. 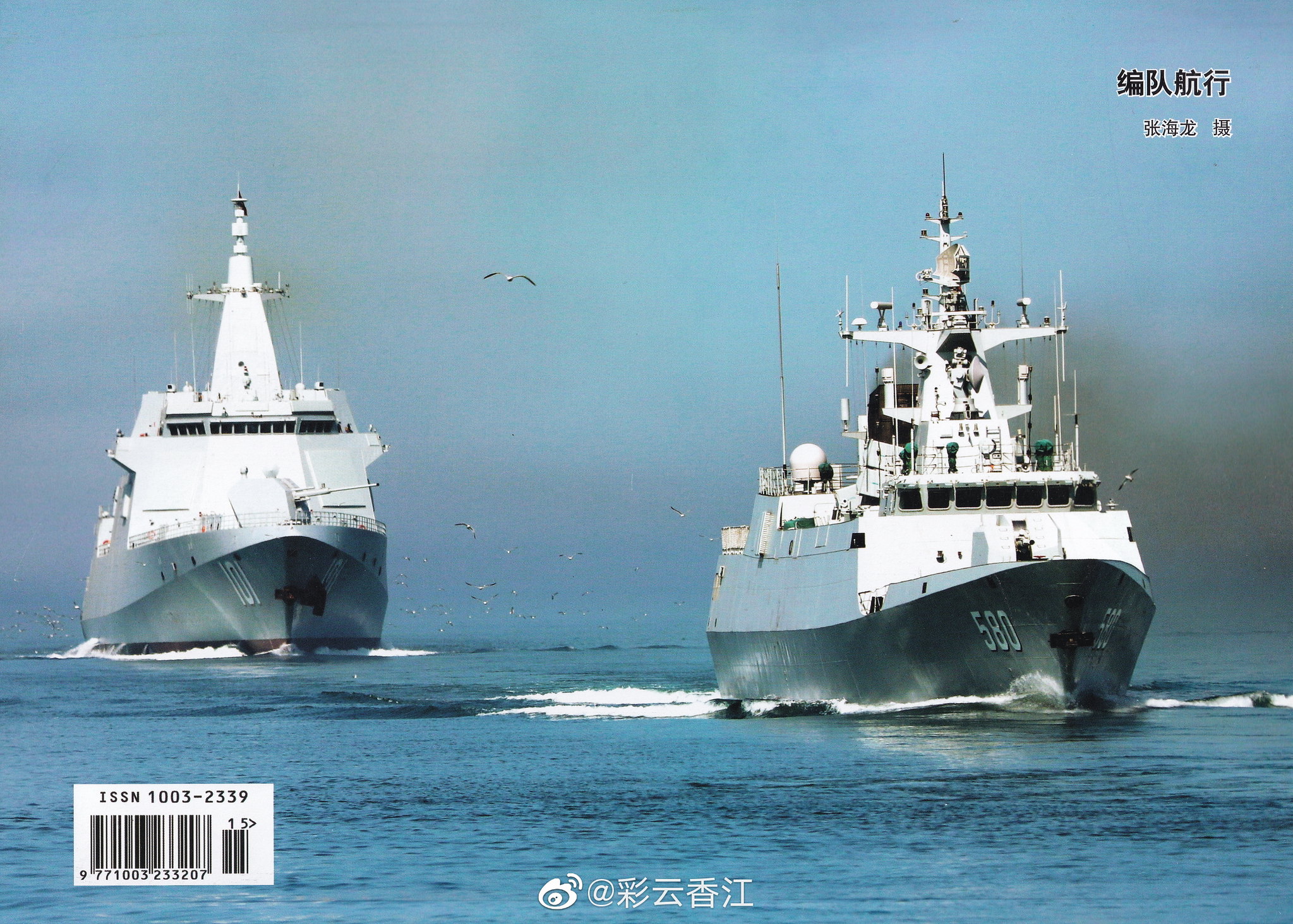 Some nice footage of the lead ship, including opening VLS hatches, firing her main gun, and NBC spray down. 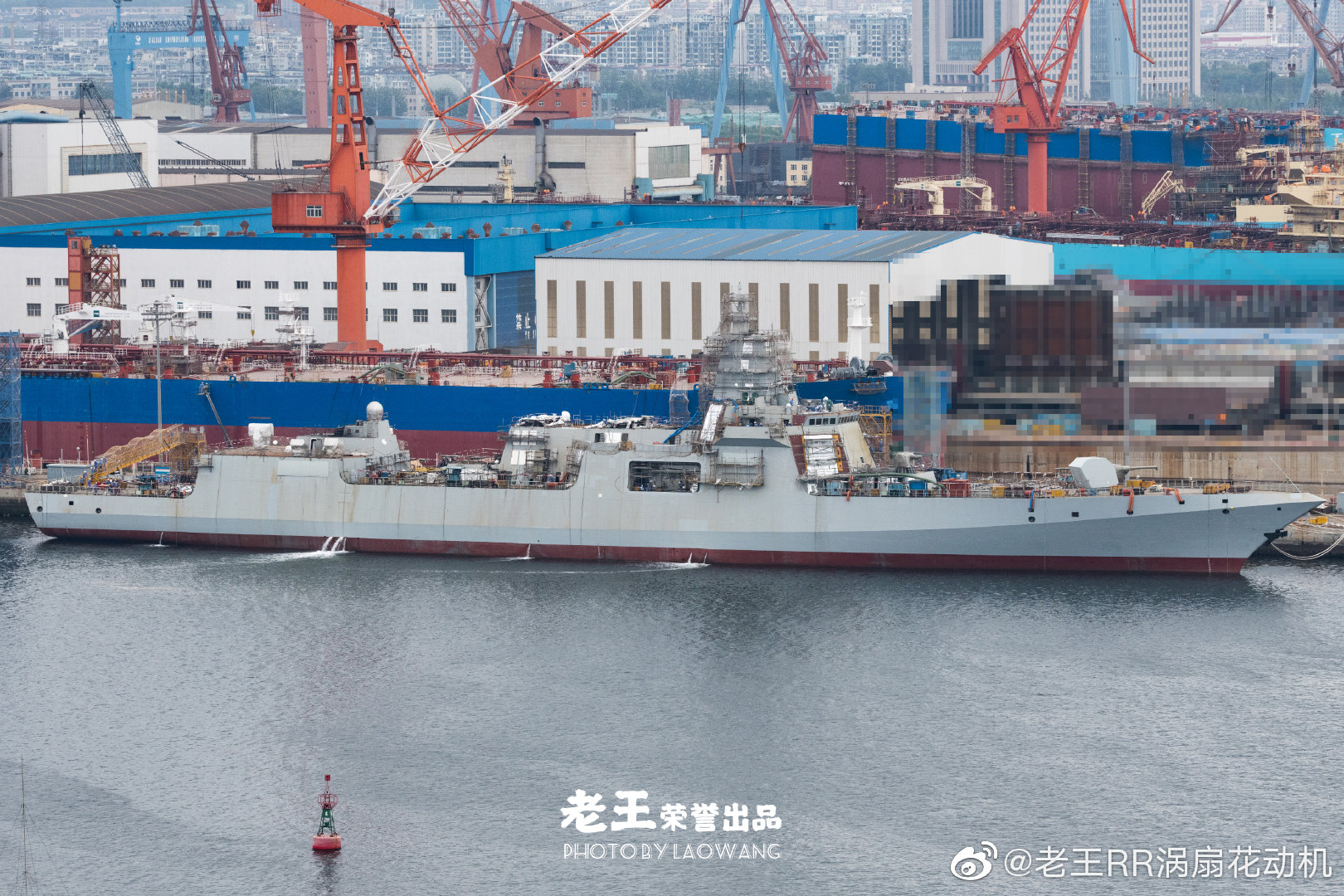 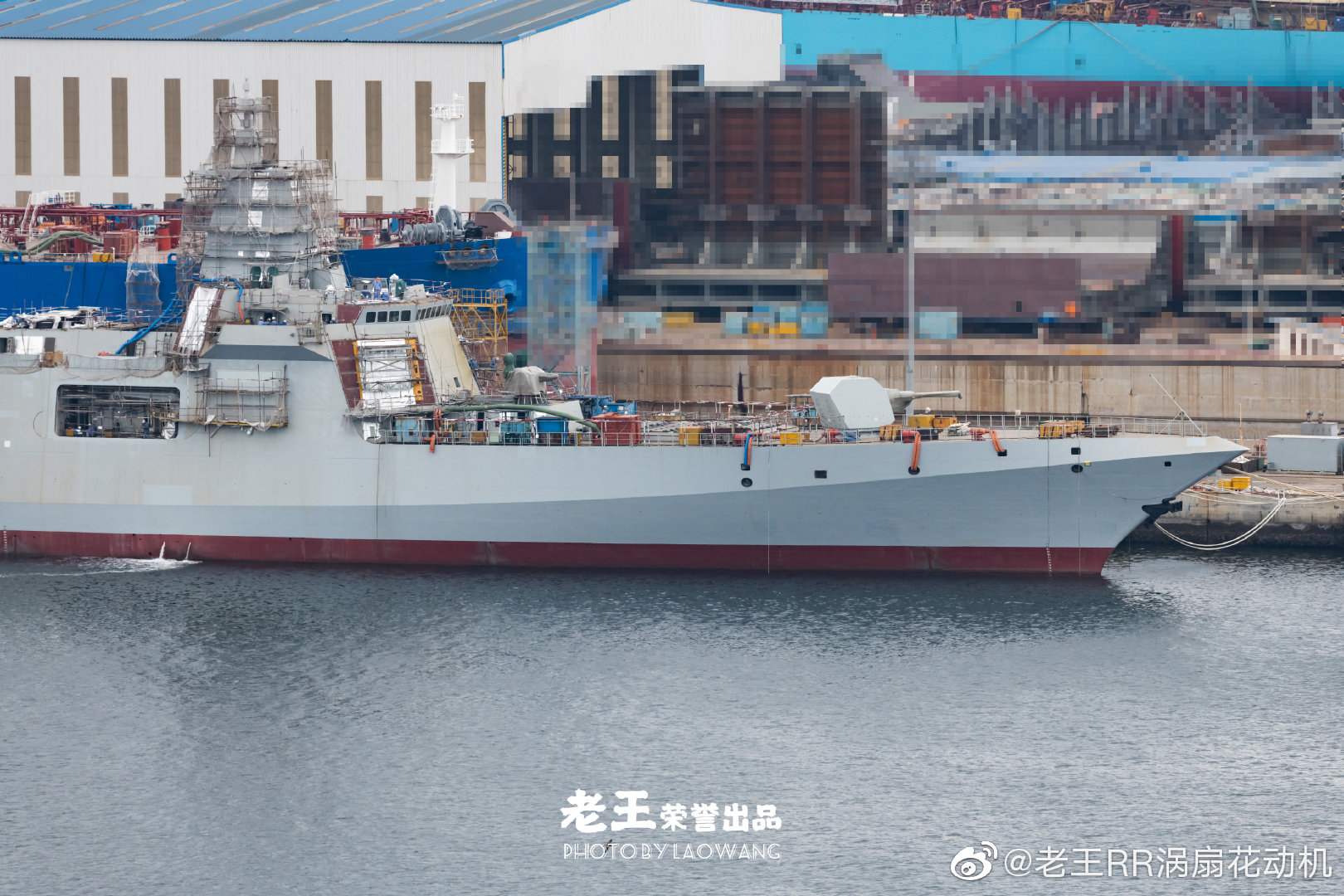 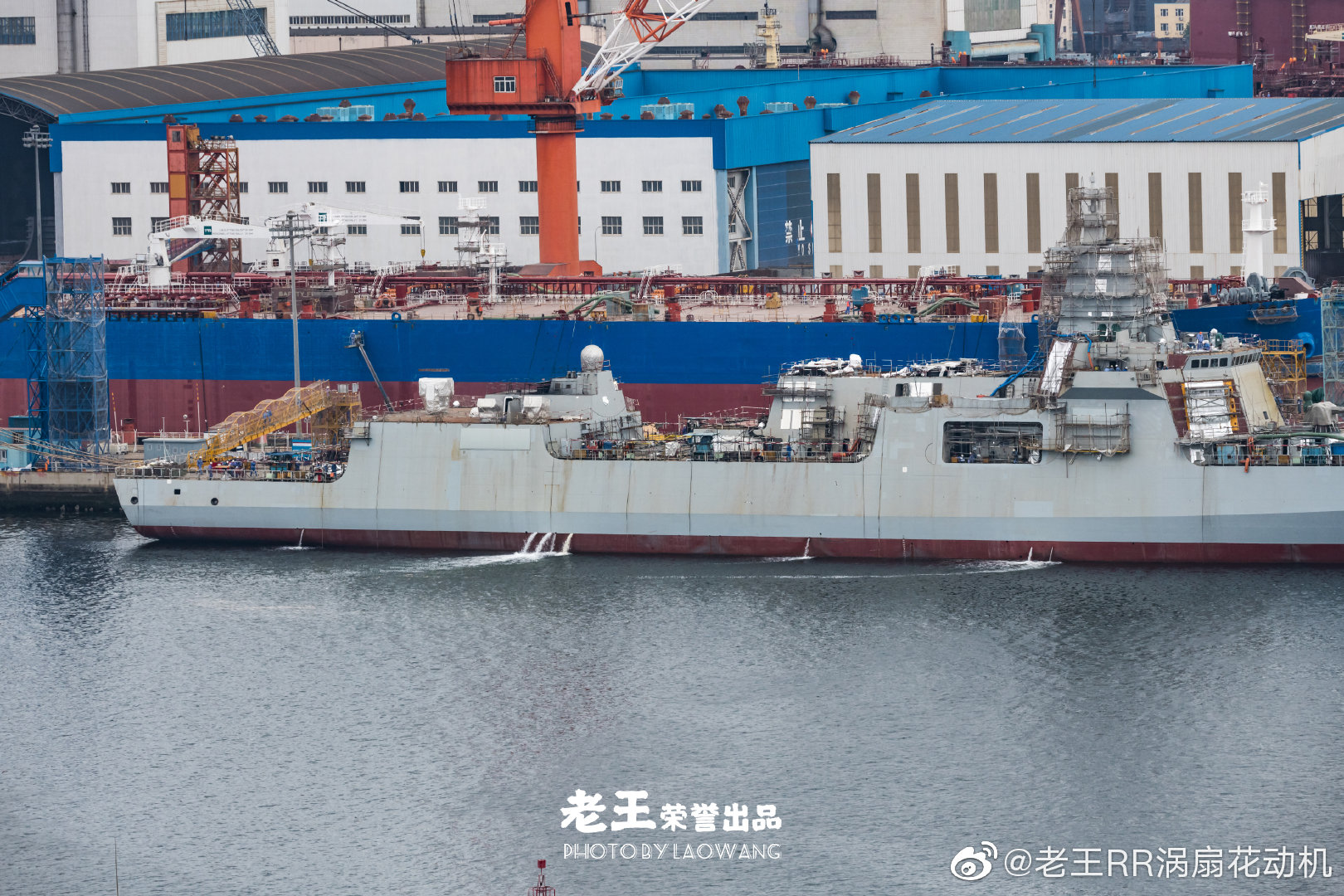 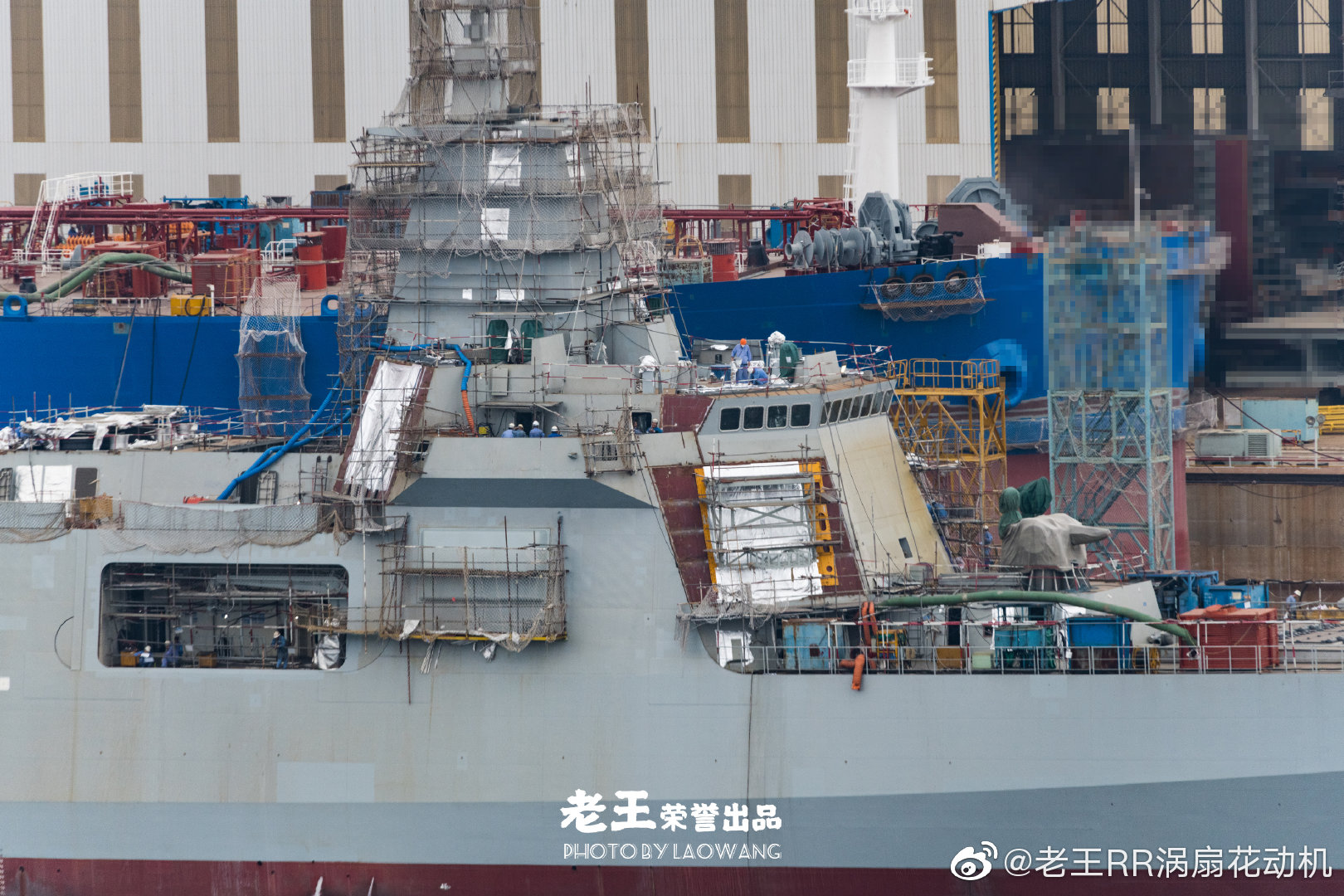 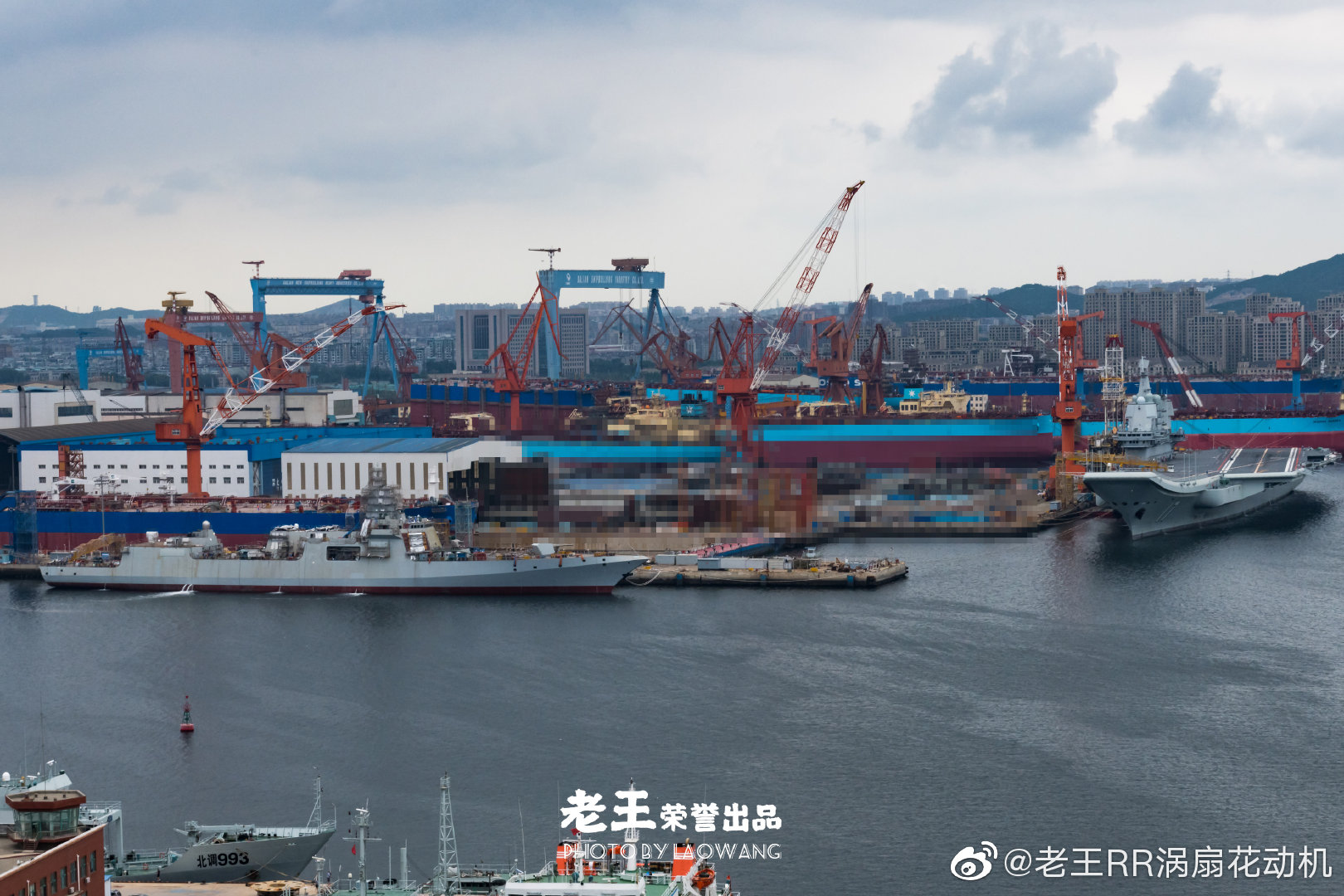 Achtung! You know sh*t hit the fan when these bad boys open up

by78 said:
Some nice footage of the lead ship, including opening VLS hatches, firing her main gun, and NBC spray down.

High-resolution screen captures from the videos. 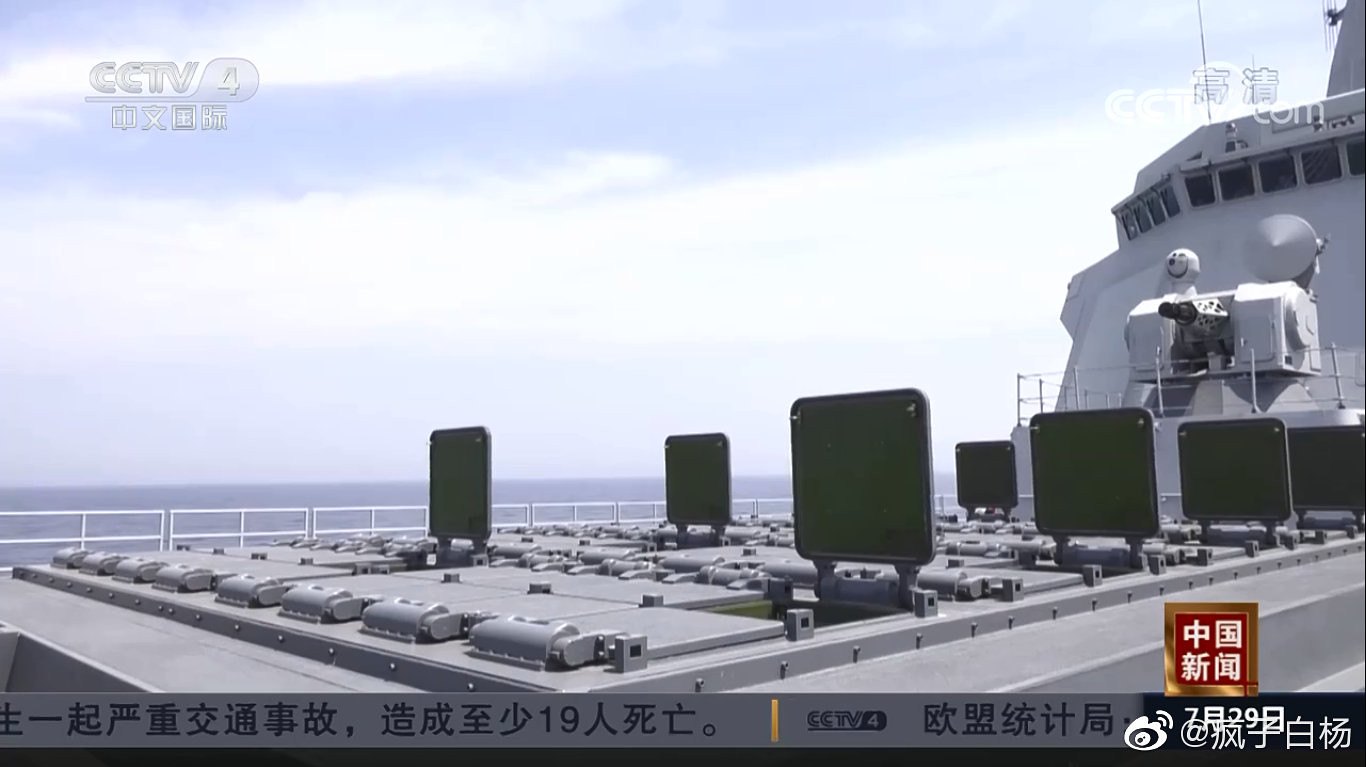 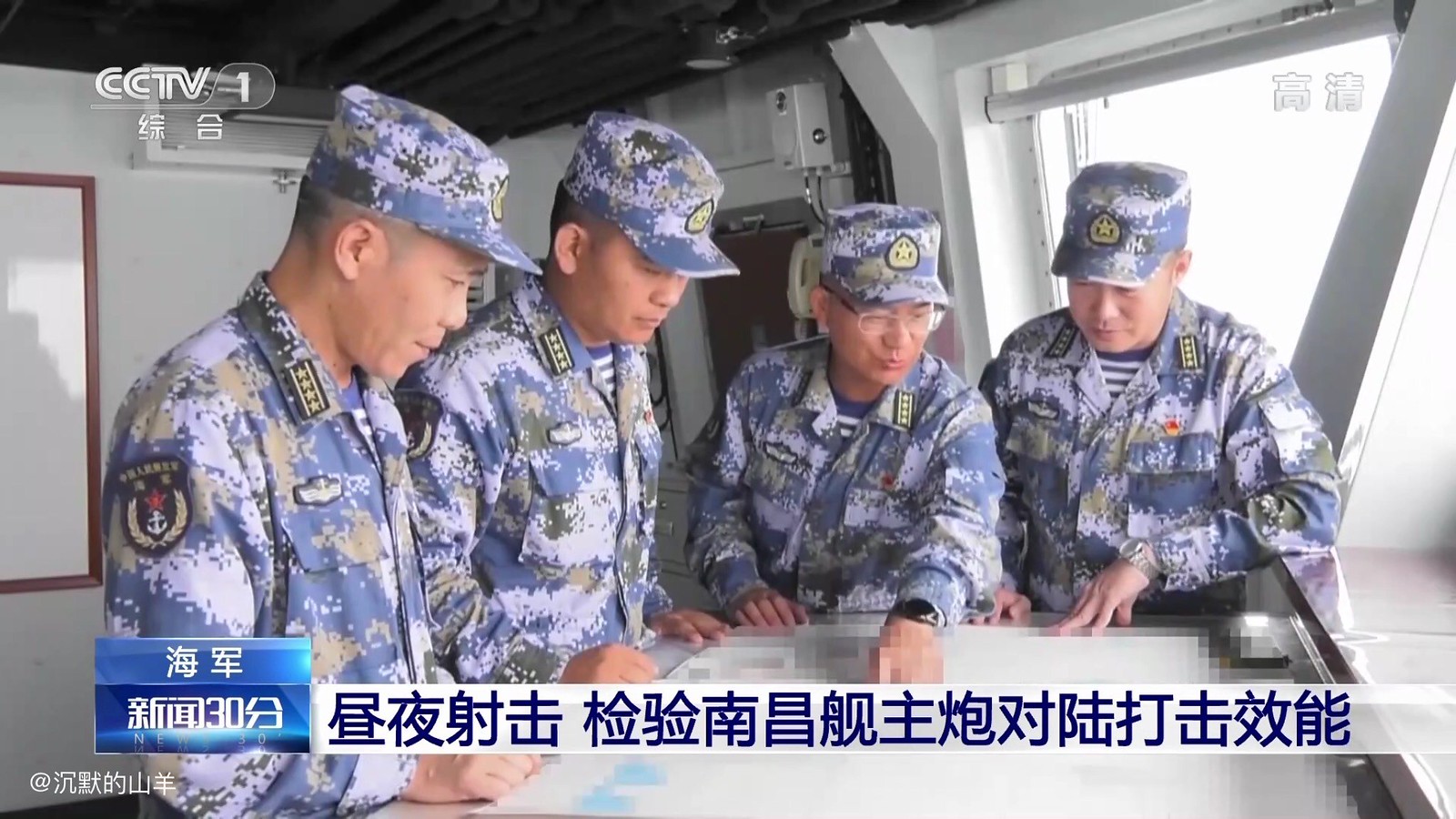 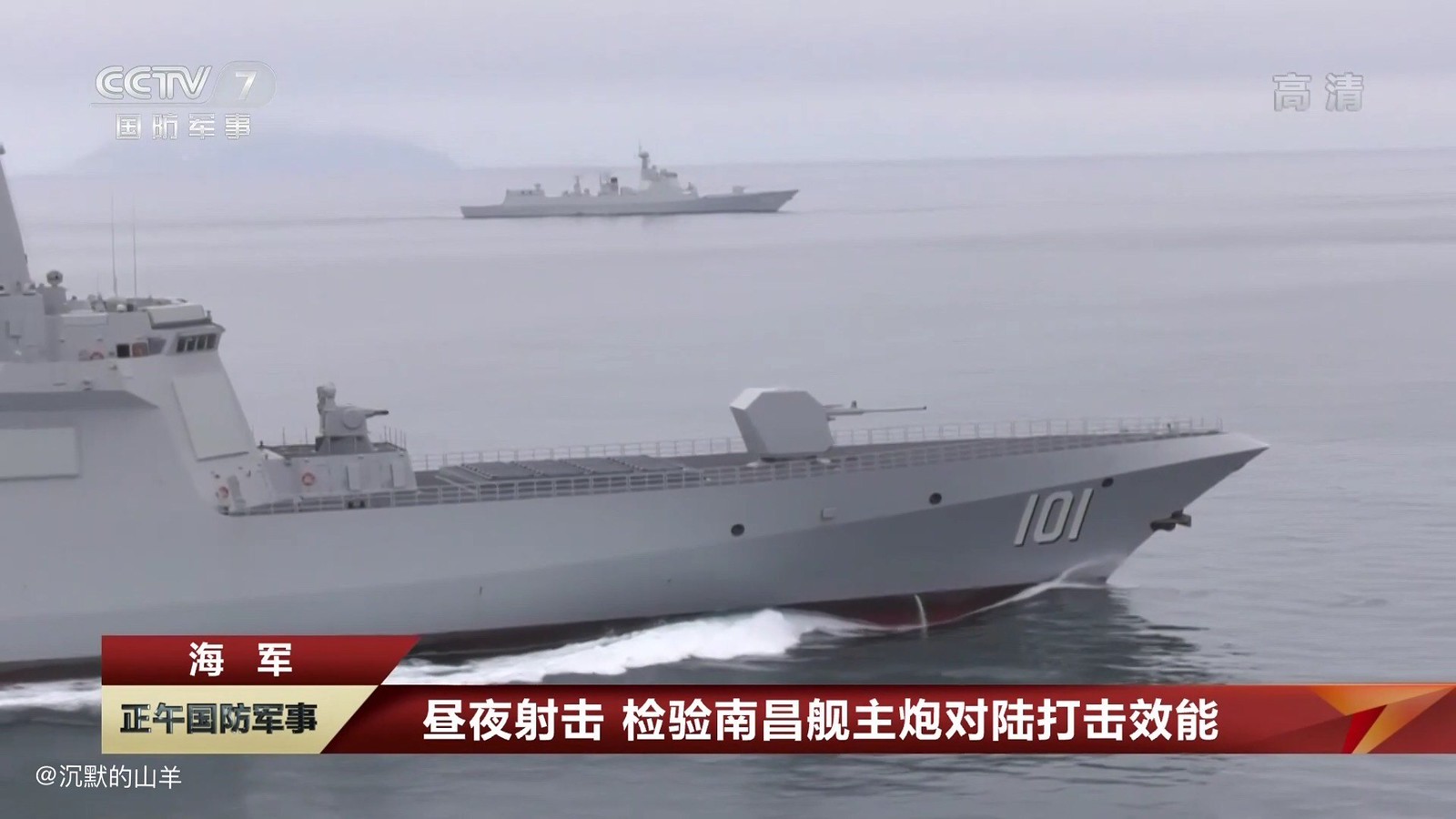 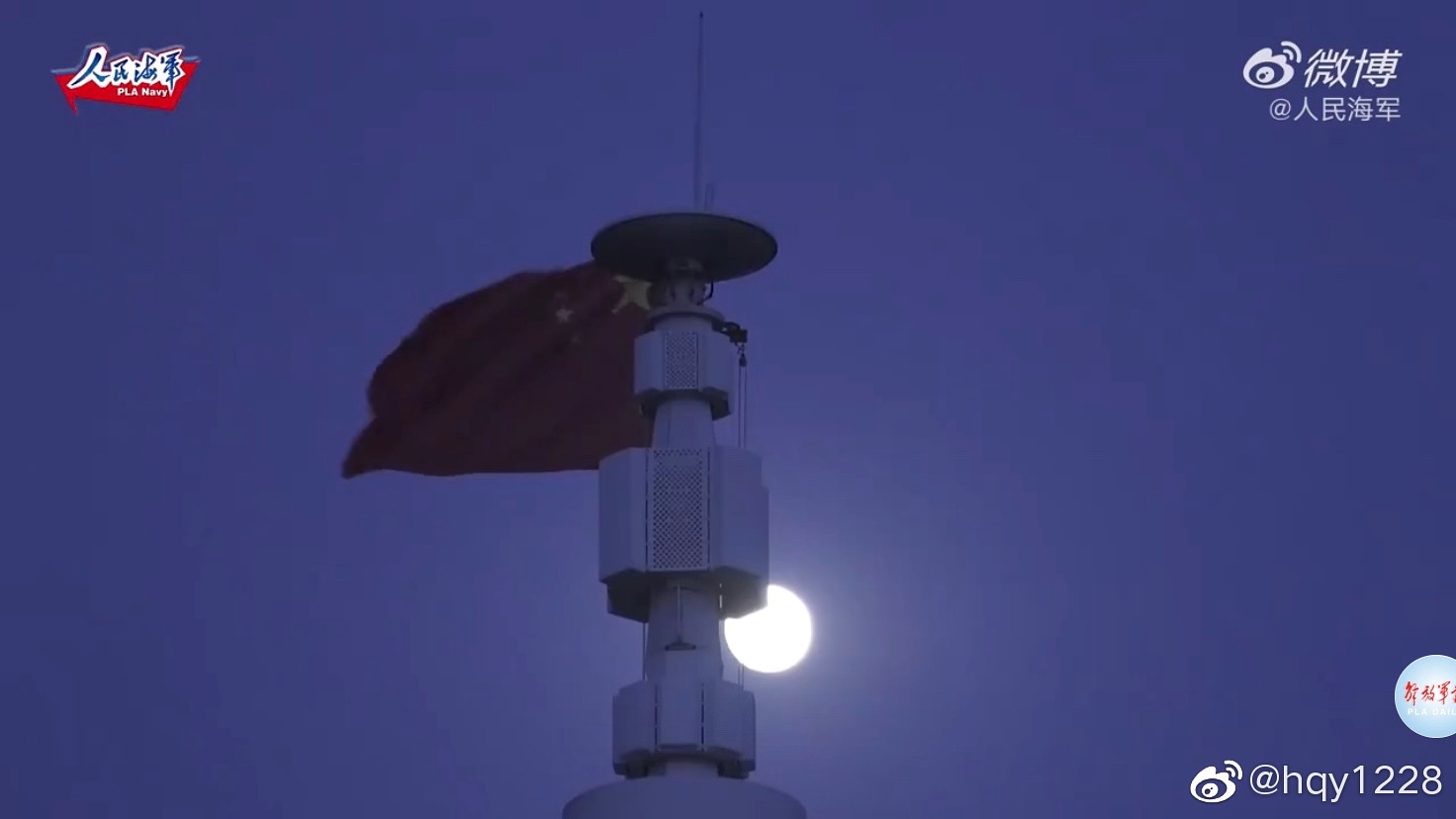 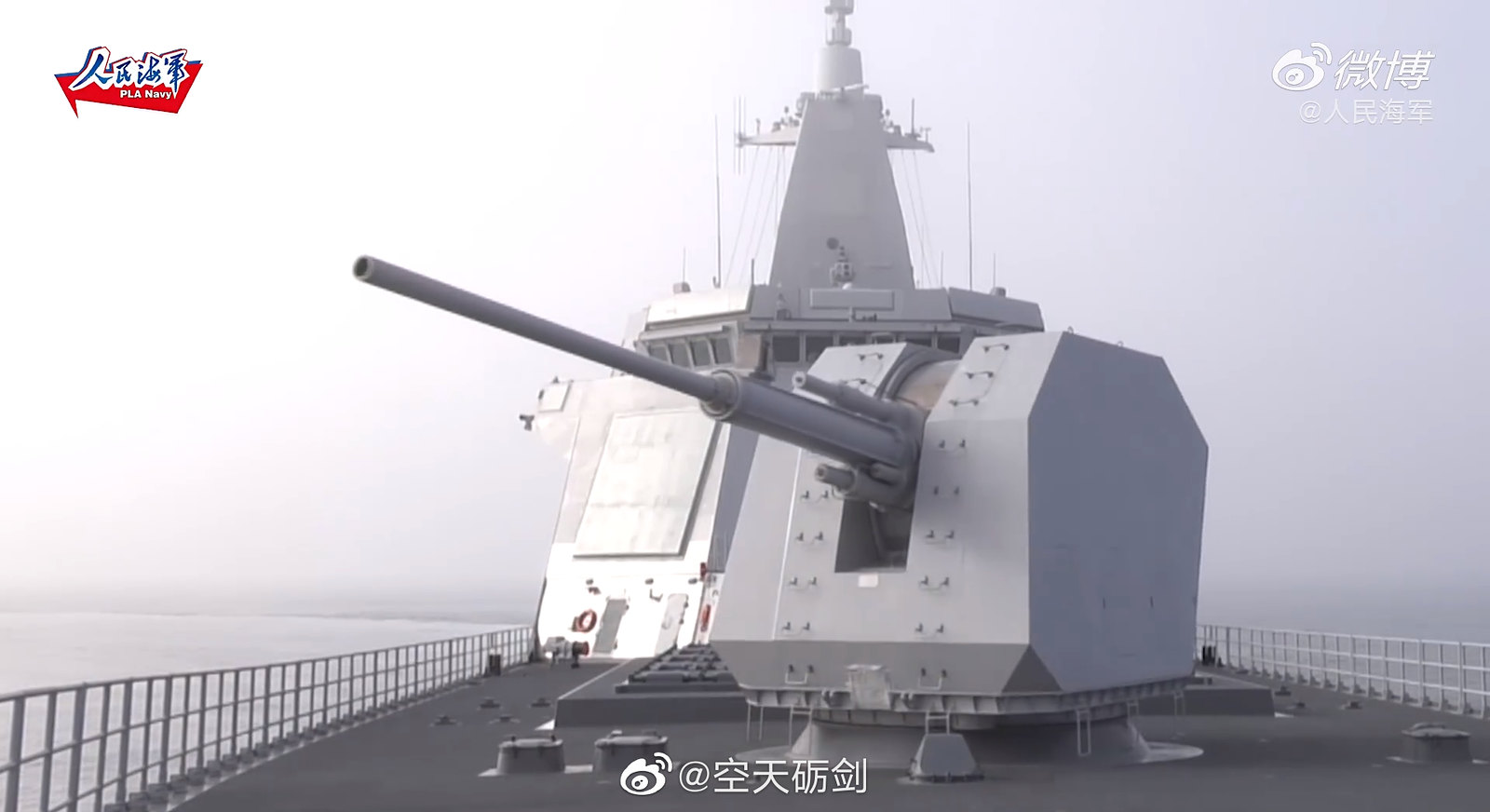