Gatekeeper said:
Again! What is wrong with the Russians?
Click to expand...

They can't design and build as good nuclear power plants like the Fukushima one. : )
Or they can't do disastrous designs like the Ford, zumwalt, LCS or F-35 : )))


There is no issue with the Russian strategy, the USA actually wants to copy the Federation's ship and aircraft design and procurement strategy.
A

After catching fire, the ship was successfully evacuated, the United Shipbuilding Corporation said earlier on Thursday, with emergency services working to tackle the blaze that began in the ship’s hold.

TASS said the blaze had started on the upper deck and that thick, black smoke was billowing from the vessel. Firefighters were finding it difficult to reach the blaze because of the heavy smoke caused by burning cables, TASS reported.
Click to expand...

Not exactly clear where the fire started. If it was int he hold and spread all the way to the deck, that's a pretty bad sign. 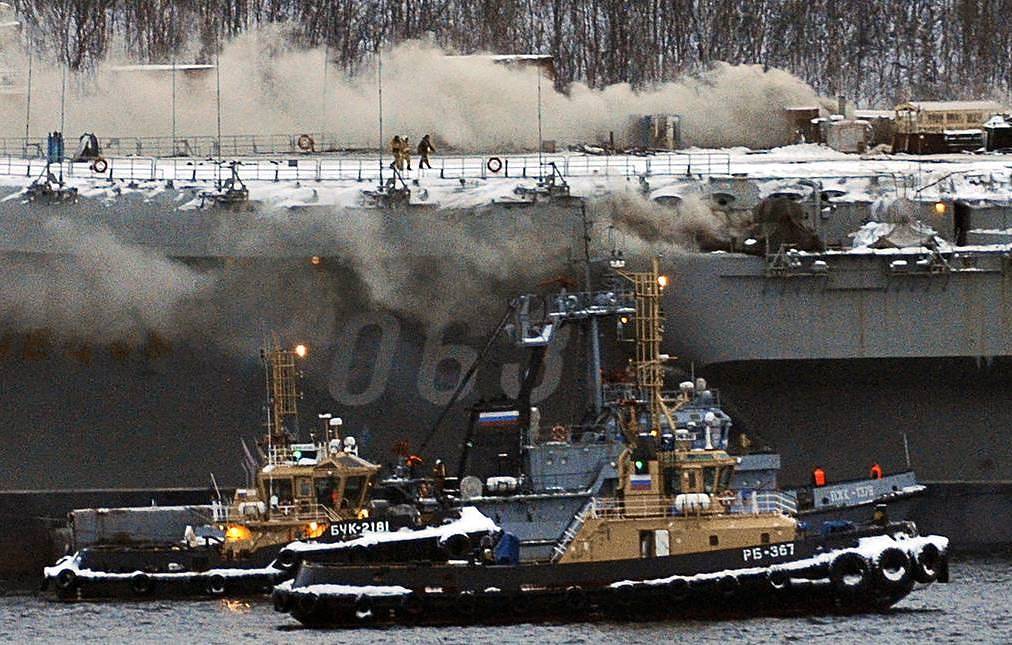 One person was killed and about a dozen injured when Russian aircraft carrier Admiral Kuznetsov caught fire at a Murmansk shipyard renovating the warship, international media outlets have reported.

The fire may have started due to violations of safety protocol while workers conducted welding on the ship, TASS reported. Russian government-owned outlet Sputnik cited the head of the United Shipbuilding Corporation (USC), Alexei Rakhmanov, as saying the fire broke out during welding work near the first energy compartment, when a spark fell into a hold space where fuel was handled.
Click to expand...

The article notes the USN has had this happen, too, due to welders not following safety procedures.

It seems that the Kuznetsov was born under a unlucky star.

Registered Member
It happens usually with workers has medium level of experience.

They know how to do the job alone, but never seen whats happens if the pipe blow back or the circuit breaker doesn't separate properly , so they just don't wear the PPE during summer, or don't put the flange into the pipe and so on.
B

Registered Member
depending on the seriousness of the fire, and based on an earlier post that it has spread from hold to deck, it does sound pretty serious; could this be the final nail in this struggling vessel's coffin?
B

It seems they just don't bother maintaining anything properly.

Floating dock PD-16 with diesel submarine B-380 in it sank in Sevastopol, Russian Navy Base, Black sea, early in the morning Dec 15. Submarine was decommissioned in 2016, Naval dock PD-16 was also decommissioned. Later submarine surface in sank dock, see photos. 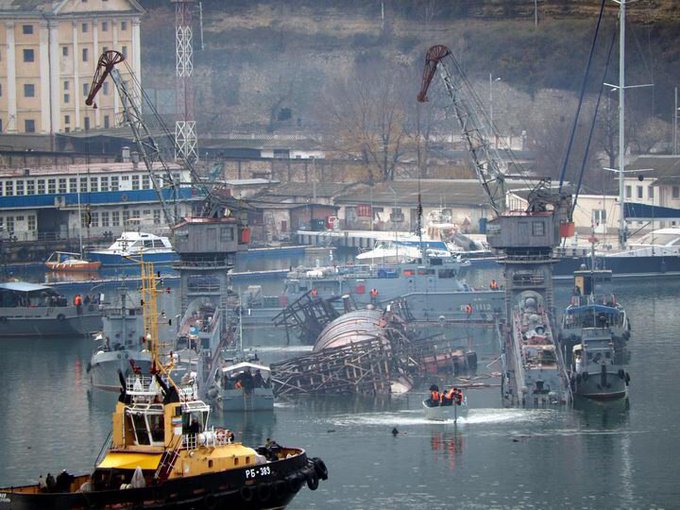 Project 22220 nuclear icebreakers can lead caravans of ships in three-meter Arctic ice. The dual-draft design allows the icebreaker to operate in ice and in Polar river deltas. The lead Arktika icebreaker of project 22220 was laid in November 2013 by the Baltic shipyard. The first serial Sibir icebreaker was laid in May 2015 and the second serial Ural in July 2016. The displacement is 33450 tons, the length is 173.3 meters. The two-reactor nuclear power plant RITM-200 has a 175 MW capacity. The speed is 22 knots. Maximum ice thickness in uninterrupted motion is 2.8 meters. The crew comprises 75 men.
Click to expand...

The ship reactor power is 44% of the Nimitz class.
A

He added that the fire "will not have a significant impact on the budget and timing of repairs of the cruiser." According to the president of USC, the cruiser did not receive critical damage, since the equipment that is in the compartment where the fire occurred was already dismantled during the overhaul. In the future, it will be replaced by a new one that has now arrived at the plant.
Click to expand...

The guy said that the 95 billion is the full cost of the Kuznetsov.

It is interesting, considering the Yasen-M cost is 200 billion rouble , with dev and supply chain construction cost as well of course.
You must log in or register to reply here.