Units from Australia, the Republic of Korea and the U.S. participated in the sinking exercise (SINKEX), which provided them the opportunity to gain proficiency in tactics, targeting and live firing against a surface target at sea.

“This SINKEX was a tremendous event for all the units who participated. As you can imagine, the opportunity to fire live ordnances at a real target is incredibly rare and I know that these men and women learned so much today,” said Royal Canadian Navy Rear Adm. Scott Bishop, deputy commander of the RIMPAC Combined Task Force. “This kind of training is vital to strengthening our interoperability and increasing our readiness for operations in the future.”

Former Navy vessels used in SINKEXs are prepared in compliance with regulations prescribed and enforced by the Environmental Protection Agency under a general permit the Navy holds pursuant to the Marine Protection, Research and Sanctuaries Act.

According to the navy, each SINKEX is required to sink the hulk in at least 1,000 fathoms (6,000 feet) of water and at least 50 nautical miles from land. Surveys are conducted to ensure humans and marine mammals are not in an area where they could be harmed during the event.

Before a vessel can be used in a SINKEX, it is put through a rigorous cleaning process, including the removal of all polychlorinated biphenyls (PCBs), transformers and large capacitors, all small capacitors to the greatest extent practical, trash, floatable materials, mercury or fluorocarbon-containing materials and readily detachable solid PCB items. Petroleum is also cleaned from tanks, piping and reservoirs.

See the album for all of my high resolution pictures like these:

The first picture is from that tremendous exercise between Australian and US Navy ships. But Korean and Japanese warships working together looks great as well. 052C class looks like a some kind of magnificent warrior as well
J

I've waited a very long time to see a pic like this. 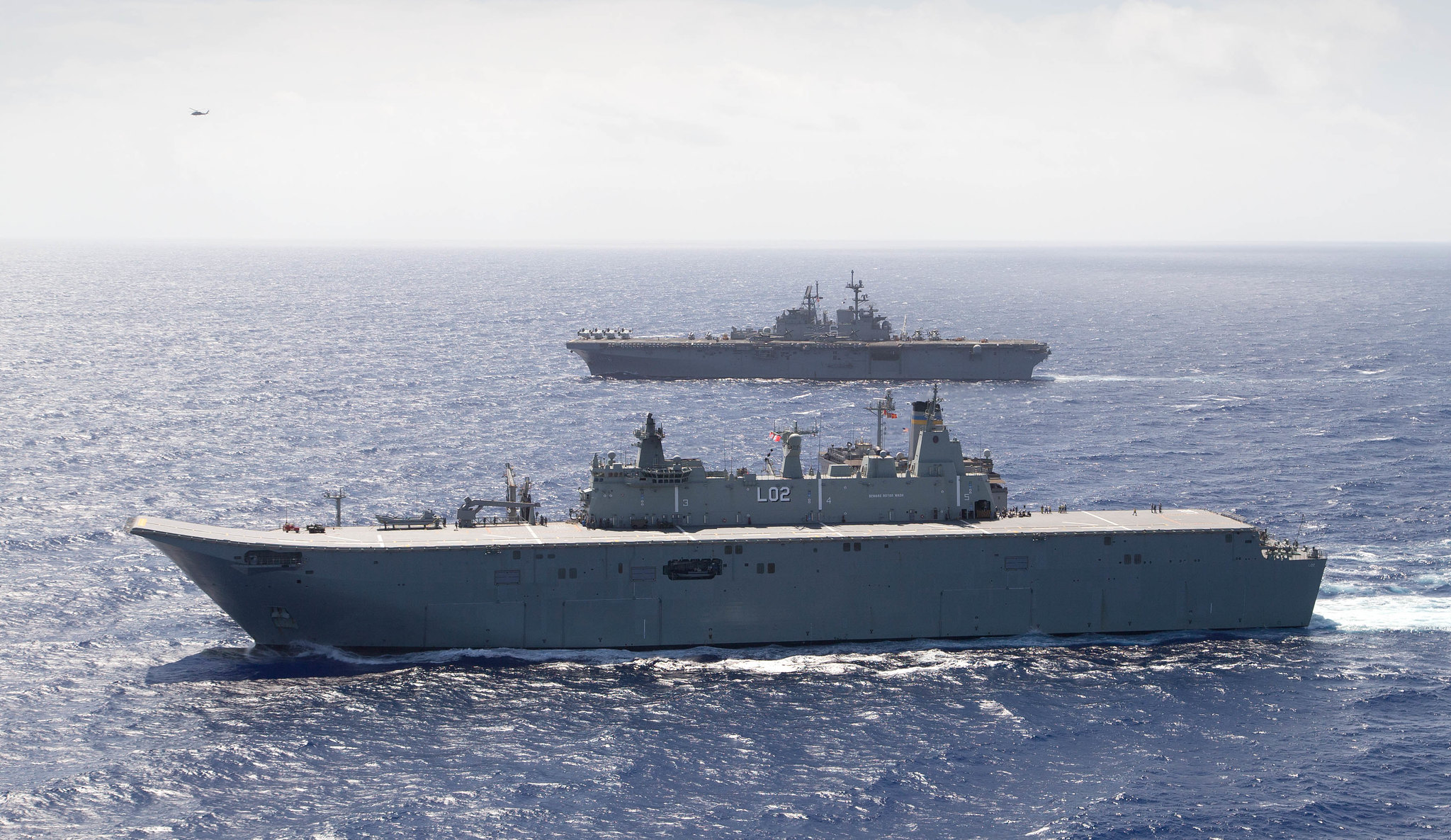 SouthernSky said:
I've waited a very long time to see a pic like this.

US LCAC trials aboard HMAS Canberra.

And let's not forget RIMPAC isn't just about ships.

What's that? I thought for this year it was Stennis, America and Hyuga with Chokai leading the column to the port of aircraft carrier and Saejong the Great in the next?

Thee Canberra should be in the center line with the other carriers. Either #3 or #4. But I do not see it in that pic.
You must log in or register to reply here.