Electricity is important for those island to function properly
Stable electricity underwrites military stations and daily military operations in the South China Sea. Surface-to-air and anti-ship missiles, for example, need not depend solely on electric vehicles,
Sofar they depend on diesel generator supplement by solar cell which is expensive and prone to disruption of oil supply. But in the future nuclear barge will become available Still the need for grid automation and monitoring Via Taishang

China's first remote-island intelligent micro-grid officially went into operation on Yongxing Island in the South China Sea on Sunday in a move that Chinese experts hailed as beneficial to regional civil and military development.

The small power grid increases the island's power supply eightfold and can operate independently or in conjunction with Hainan Province's main electrical grid to satisfy civilian and military demand for electricity.

The first micro-grid can later be developed into a micro-grid control center that manages other micro-grid networks on other remote islands in the South China Sea.

Electricity on the island is generated from multiple sources including diesel and photovoltaic energy, China Central Television (CCTV) reported.

The service life of weaponry can be extended by reducing their reliance on self-contained chargers, Song told the Global Times on Monday.

Stable electricity was also critical at armories and arms depots for handling the high temperatures, humidity and salinity of the islands, Song noted.

But now the electrical reliability of the island can be controlled by Hainan's network control center in Haikou through fiber-optic submarine cables, Wu said.

Data grasped by the micro-grid can be shared with other scientific research departments or projects launched in the South China Sea, Chen noted.

"The micro-grid on Yongxing Island is only the start," Fu Yongfeng, deputy head of Hainan power grid branch under China Southern Power Grid, told CCTV. "We'll copy the model on the other island as well.

"In the meantime, we will explore wave-powered electricity and refrigeration techniques by usage of residual heat."

A smart microgrid has been established on China's remote island of Yongxing in the South China Sea. A first of its kind in the country, the hybrid network, which integrates diesel and solar generators, will significantly increase the island's power supply. 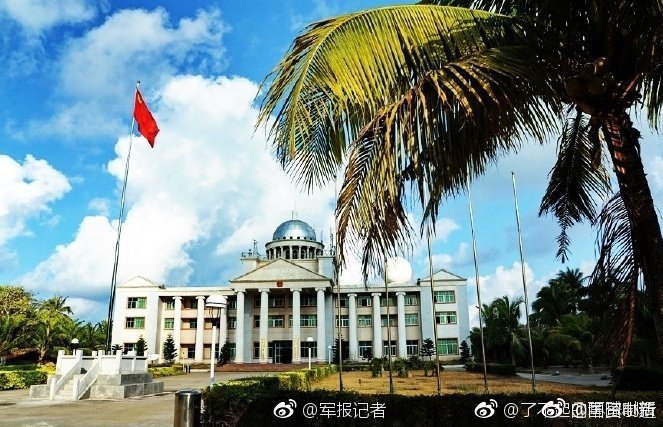 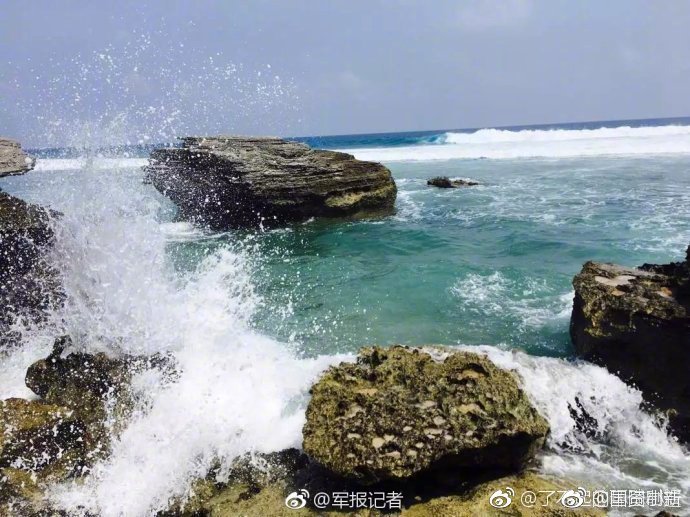 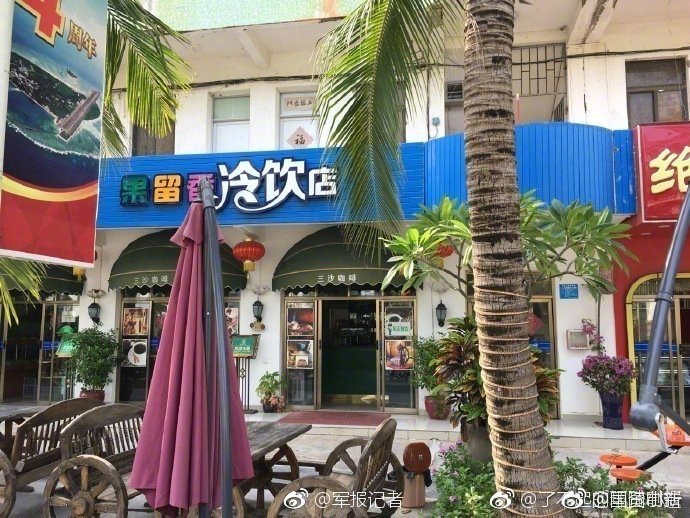 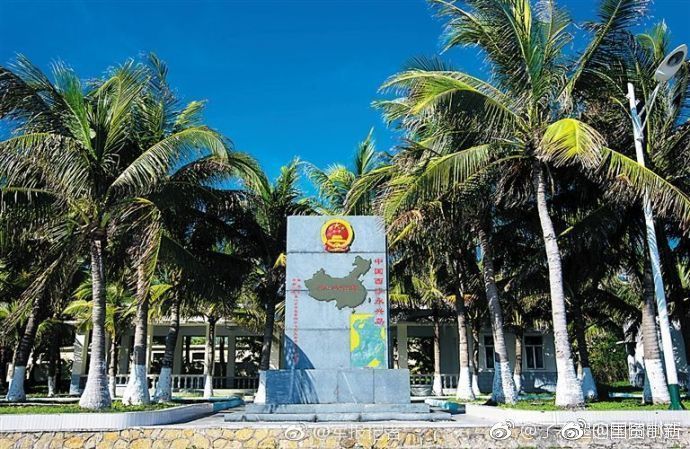 Today, China’s first island-based smart microgrid was built on Yongxing Island in Sansha, Hainan Island. At this point, an isolated island can have its own smart grid like a city, and the reliability of power supply can be comparable to that of the city.

With the formal commissioning of these three generators, the power supply capacity of Yongxing Island has been increased by 8 times. At the same time, it also marked the completion of the Yongxing Island Smart Microgrid, which is complemented by various energy sources such as diesel power generation, photovoltaic, and energy storage. 100% of the clean energy such as photovoltaics can be used as a priority, and flexible access to various energy sources such as wave energy and mobile power can also be achieved in the future.

Wusong, director of China's Southern Power Grid Sansha Power Supply Bureau:Yongxing Island Micro-grid is connected to the Hainan Electric Power Dispatching Control Center over 400 kilometers via submarine optical fiber. When needed, it can control the micro-grid on our island in Haikou, so that The reliability of our island's power supply has increased.

In the past, Yongxing Island had to rely on small generators for power supply, and trips and power cuts often occurred. Fishermen who stored seafood were often burned out. Today, Yongxing Island has a grid like a city grid, and its power transmission is more stable. In the future, Yongxing Power Grid can also become the control center of the island microgrid cluster, and remote centralized management of multiple remote island microgrids.

Fu Yongfeng, Deputy General Manager of China Southern Power Grid Hainan Power Grid Co., Ltd.: Yongxing Island Smart Micro Grid is an exploration. It is just a beginning. Next, we will copy this model to other islands. At the same time, we will speed up the construction of wave power generation and use it. The residual heat of power generation is used for cooling to better meet the island's energy demand. 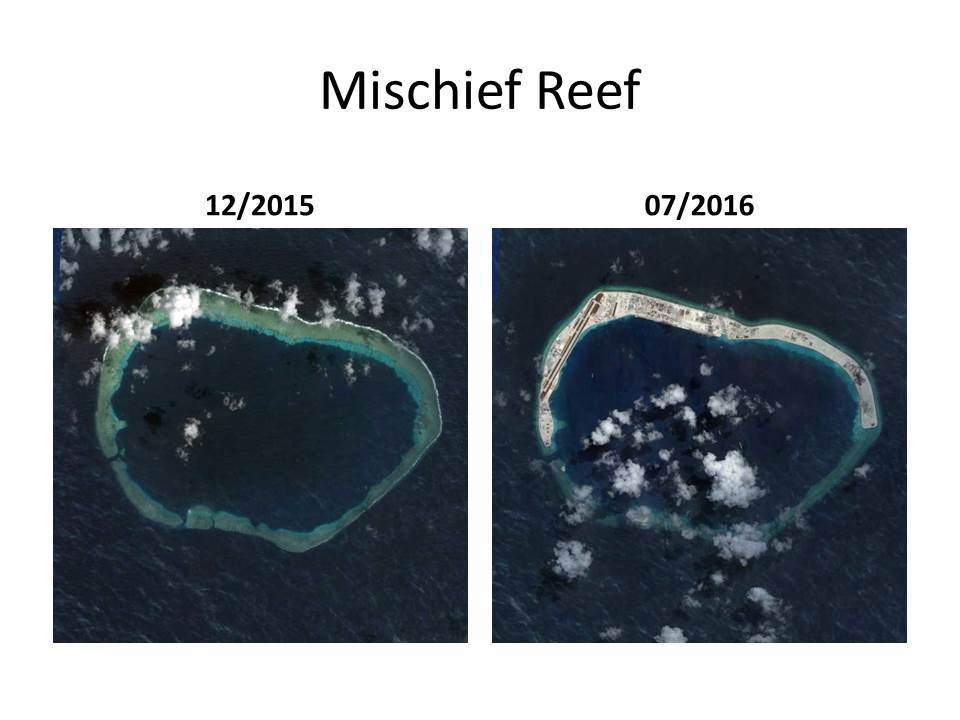 Jura your nightmare is realized now . The"island maker" Tiankun is now on trial via Taishang 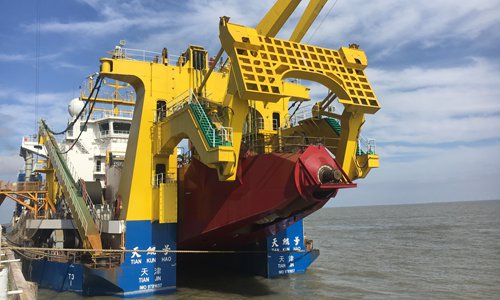 The trial, which will take place in waters near Qidong, East China's Jiangsu Province, will test Tiankun's power system and make sure it functions in all circumstances, said Wei Yaxin, an employee of the Tianjin Dredging Company, which designed the dredger.

Once in use, "Tiankun will speed up the pace of China's island building," Wang said.

Tiankunis China's first domestically designed and manufactured dredger. Its construction began in December 2015 in Jiangsu Province to meet China's economic and national defense needs, according to a statement sent to the Global Times by the CCCC.

"Compared with imported dredgers, Tiankunhas helped us save at least one third of the costs," Wang said.

The dredger cannot be exported or sold to foreign countries as the Ministry of Commercelimited exports of large engineering ships in May 2017.

It can dredge in ports, coastal waters or deep sea, CCCC said on its website.

Tiankuncan excavate 6,000 cubic meters of silt per hour and reach a maximum depth of 35 meters below the sea level.

To support the Belt and Roadinitiative, Tianjing since December has dredged channels and helped build ports in Ghana, said Wei. Tianjing will remain there for another four years, he said. "Only countries who share a good diplomatic relationship with China are likely to borrow such dredgers."

LOL! Hendrik... page me when they're in the Baltic Sea, LOL

Water is the source of life.The Chinese military found fresh water source in Yongshu aka Fiery Cross island
It is the most developed of the 3 and has the most facilities Please, Log in or Register to view URLs content!
China’s geological exploration researchers have recently found drinkable underground fresh water resources near the Yongshu Reef, which can help improve the lives of officers and soldiers on the reef.

For a long time, the Nansha Islands in the South China Sea lacked essential materials necessary for life. As a result, even logistical support for people living on big islands and reefs depended on long-distance transportation, leading to very high costs.

The Yongshu Reef is 750 nautical miles (about 1,389 kilometers) from the Chinese mainland. China has established the airfield, runway and basic living facilities on this reef. Ten officers and soldiers of the Chinese People’s Liberation Army (PLA) have stationed on the reef since 2017.

However, the living conditions on the reef are undoubtedly very difficult. Food needs to be transported from the mainland and drinking water mainly depends on seawater desalination. The reef does not have the conditions for providing material supplies for fishermen fishing in the South China Sea. In order to solve these problems, China has spared no effort in finding fresh water resources.

The Chinese military sent an exploration team led by military engineering and technical experts to the Yongshu Reef to explore groundwater resources in 2016. The team arranged 27 exploring points for drilling surveys within 0.6 square kilometers of the Yongshu Reef. Finally, groundwater was found in 11 of the 27 points.

This newly discovered rich groundwater reserve is of good quality and potable. The discovery solved the problem of domestic water use on the reef. Moreover, relying on the excellent ability of the Chinese people, who excel at growing vegetables, the logistical support on the reef has been much facilitated.

Currently, the fresh water storage lake built on the Yongshu Reef can meet the basic life needs on the island. These fresh water resources can help improve the lives of officers and soldiers on the reef.

Moreover, fishermen who go fishing in the South China Sea can also stop on the island to find shelter or replenishment. This is of great significance for China to strengthen management and control over the Nansha Islands.
Last edited: Jul 15, 2018
A

Wow, fantastic photos & developments. Hopefully, ASEAN & China will conclude a pragmatic & mutual benefit agreement, when the "Code of Conduct" is finally agreed/implemented. Importantly, it should be realistic, based on trust & friendship among countries in the region. A Dream? Well, a dream can turn into a reality IF diplomacy & mutual understanding & benefits are the goals.
You must log in or register to reply here.