Jeff Head said:
So it is arrestor capable with its hook, and it is perfectly suited for catapult launches ...
Click to expand...

Is it ski-jump capable without afterburner?

Staff member
Super Moderator
The US Navy has no need for such a capability. Like I said, it is perfectly suited for what the US Navy needs to train its pilots...and they train a LOT of them with these aircraft.

Now, the F-35B is a different animal for the US Marines. But the US Marines will also have some F-35Cs and so they will use the Goshawks for training to take off of the big deck carriers with those.

For training to take off of the LHDs and LHAs with the F-35B, the US Marines do not use a ski jump or traps. They land vertically, or with a strong deflection, and they take off down the deck with a good deflection of the engine nozzle.

I doubt they will build a trainer for that.

Instead they will have a training squadron of F-35Bs and practice on land until they are ready to take them to the LHDs and LHAs...but you are talking about a much smaller number of pilots too.

Jeff Head said:
It is true that the T-45A Goshawk does not have an afterburner...but it was never intended to.

It is not mean to be supersonic.

It is meant to provide a training platform for US Naval trainees to learn to land and take off from a carrier with something that they can learn very well on, without having to use an F/A-18F to do so.

And at that it works VERY well.

Yes, but to say the JL-10 cannot go off the ramp or is not carrier-capable since it has no AB is then a bit off ...

I agree 100%...and never said that the JL-10 could not. In fact, in my earlier post I said much the same as what you have said.

I believe the JL:-10 would make an excellent carrier trainer for the PLAN...they just have to make some changes for it.

If the structure is up to the stresses, then by all means add the hook...beef it up if necessary, and then use it

The PLAn would be vry well suited to have such an aircraft to take pilots who have gone through their ground based training out to the carriers to get their first feell for carrier landings and takeoffs...in fact until they are so good at it with those trainers that the next step is much less stressful and costly for the PLAN.

I believe that (or something like it) is exaclty what the PLAN should do.

I was simply showing how the US did it with an aircraft of similar size and function.

Indeed, the current variant surely not, but why not a future version?
Click to expand...

T-45 doesn't need it. It is not required to, unless the USN changes the training requirements. And launching them off CV/CVN for the USN isn't an issue at all since they use CATOBAR.

Russians managed to take-off the Su-25UTG using a ski-jump so I guess it might be possible to use JL-10 without A/B but I think JL-9 is safer bet since they already have experience using the ski-jump and if the modified variant with WS-13E upgrade works out it will give it even more power.

I stated that I doubt it will fly off the ramp "On the Boat", it will be fine with the land based ramp,,,, the J-15 has two very powerful afterburning engines, and it flys off the Boat, at a reduced gross weight, NOT fully fueled or armed....

simple really, the take off roll on the Boat is very short, the J-15 is a very powerfull aircraft, the Mig-29K operates of the Indian and Russian carriers in the same way,,, it takes a lot of "POOP" to get off the deck, even with a ramp..

The T-45 is catapulted of the deck, the JL-10 will likely eventually be catapulted off the deck, as soon as the PLAN gets their CATOBAR carrier in the water and operational, but for now, it is limited to the land based ramp, I'm not sure that is part of their daily operations, but it very well could be?

When you see the JL-10 flying off the ramp and trapping on the Liaoning,, show me a picture, and I'll make an official Air Force Brat apology, until then, I'm right!

No problem...I could tell you misunderstood what I said, so I made sure to reply and clear it up.

On the assembly line of JL-9 and JL-9G at GAIC, several are awaiting delivery to the Chinese Navy. 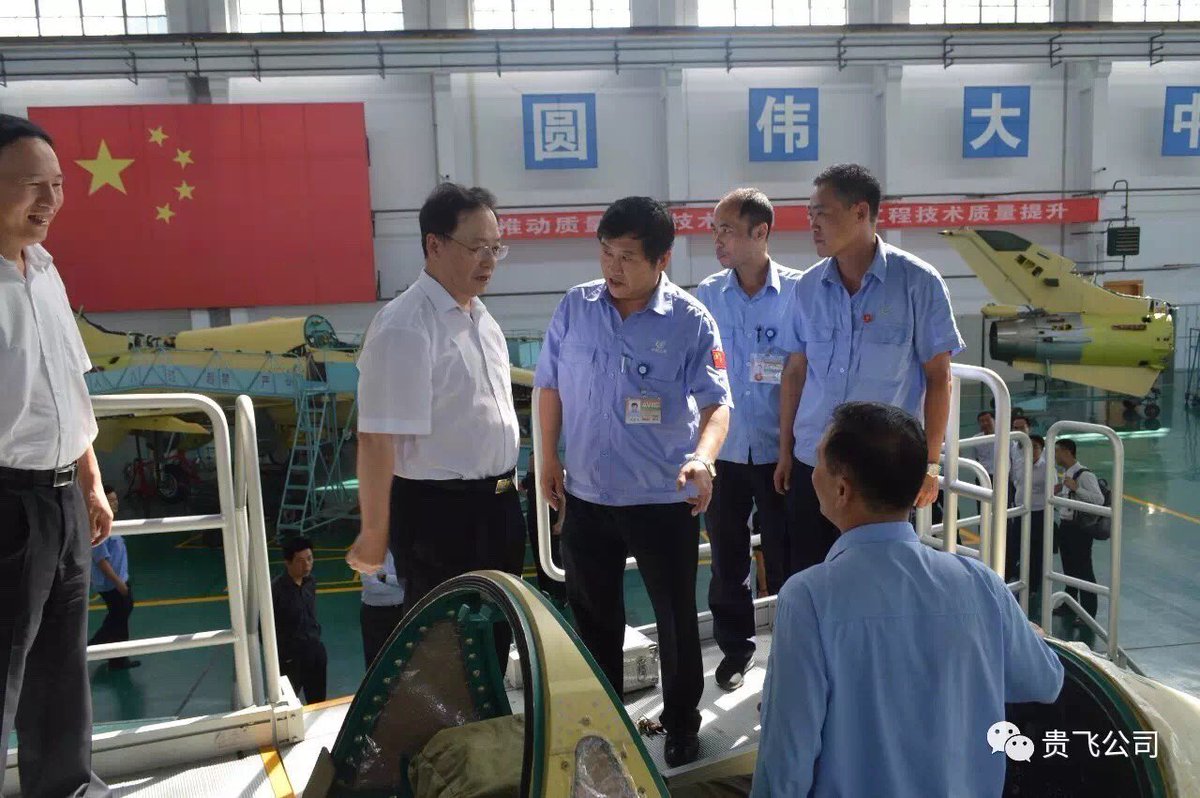 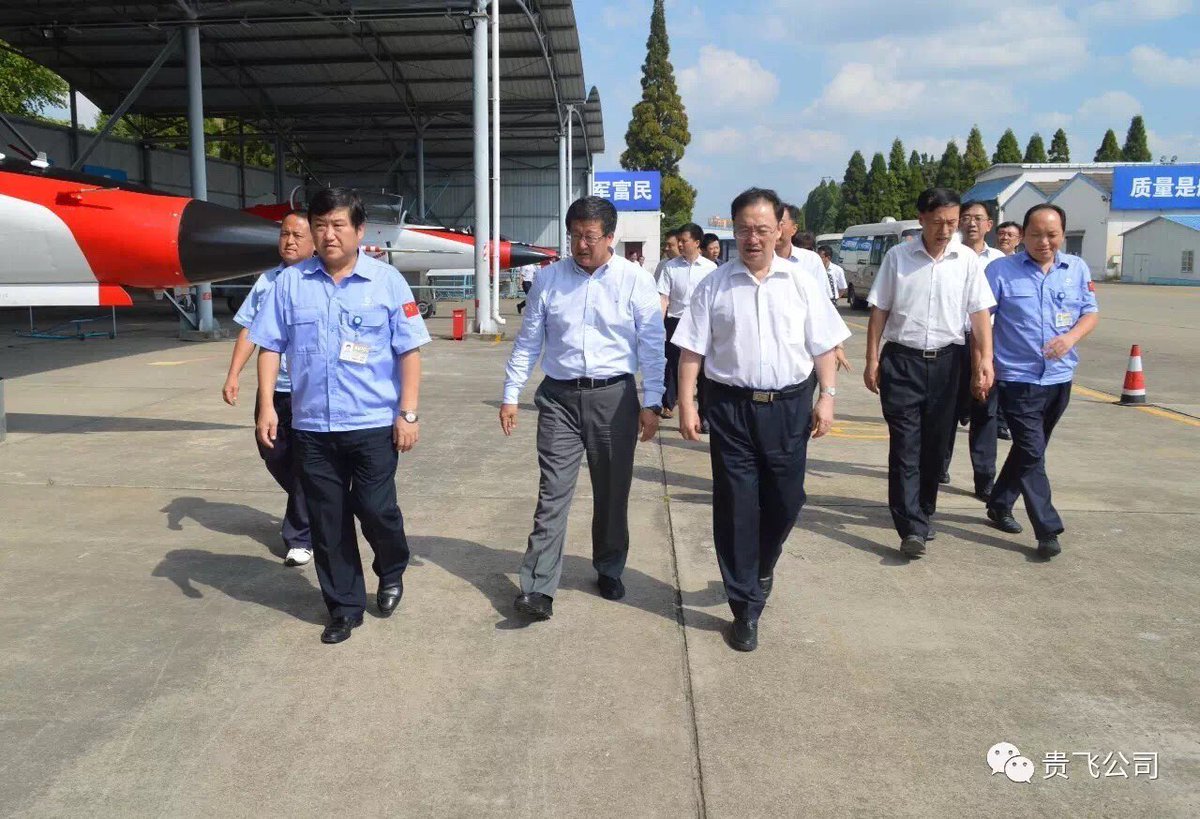 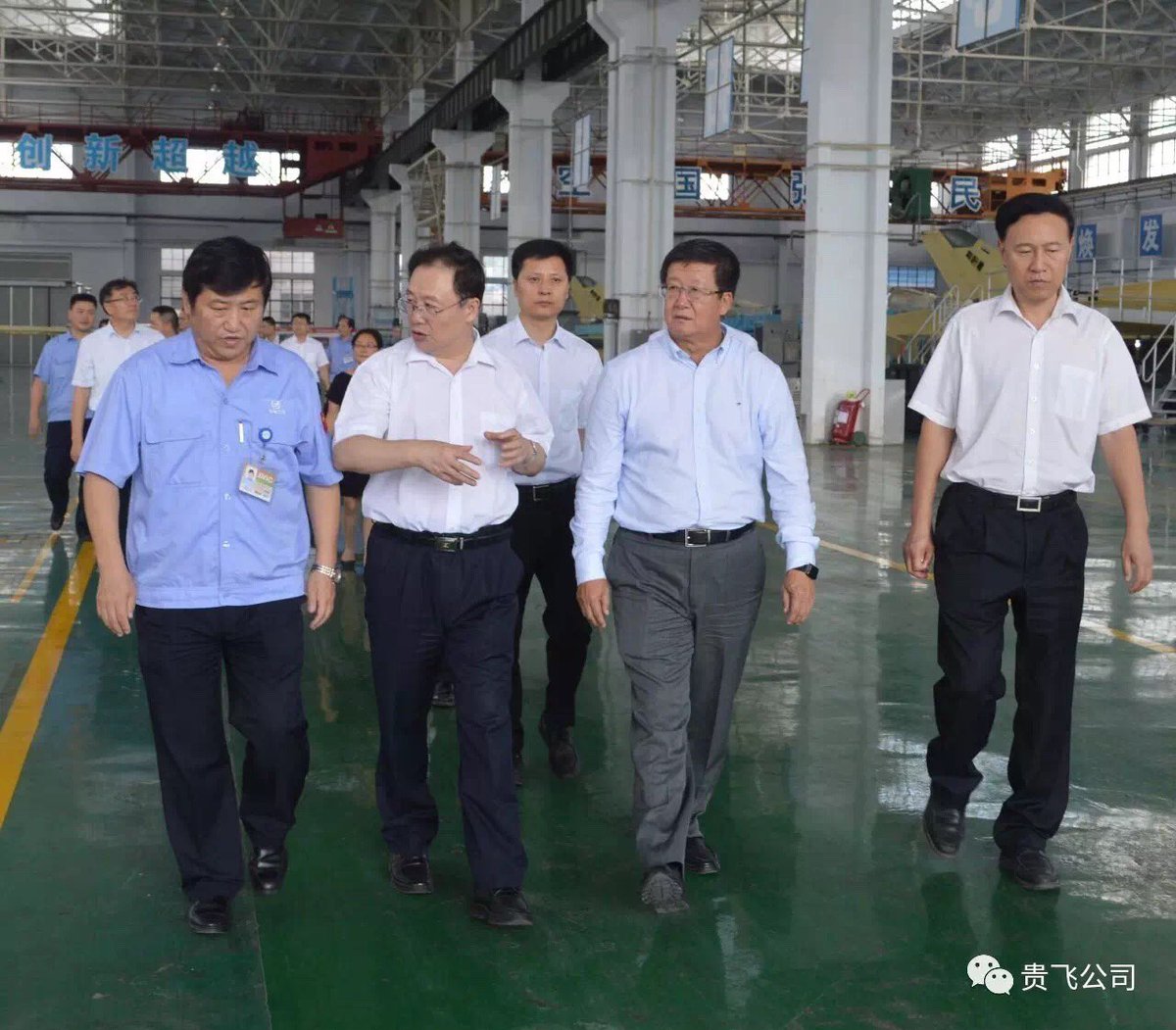 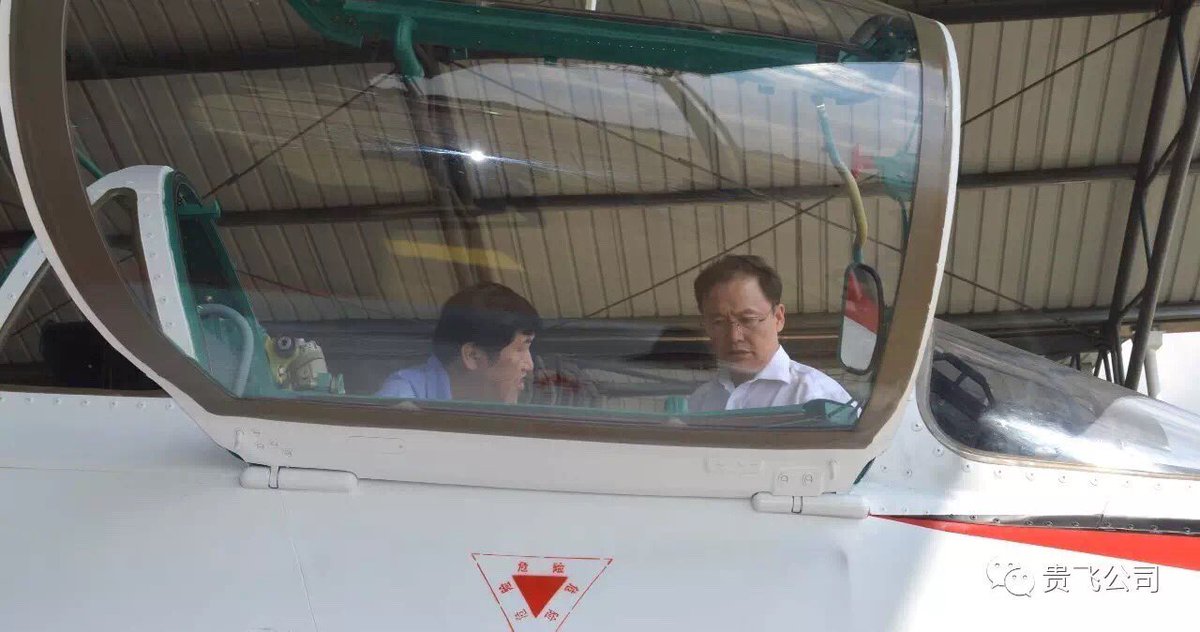