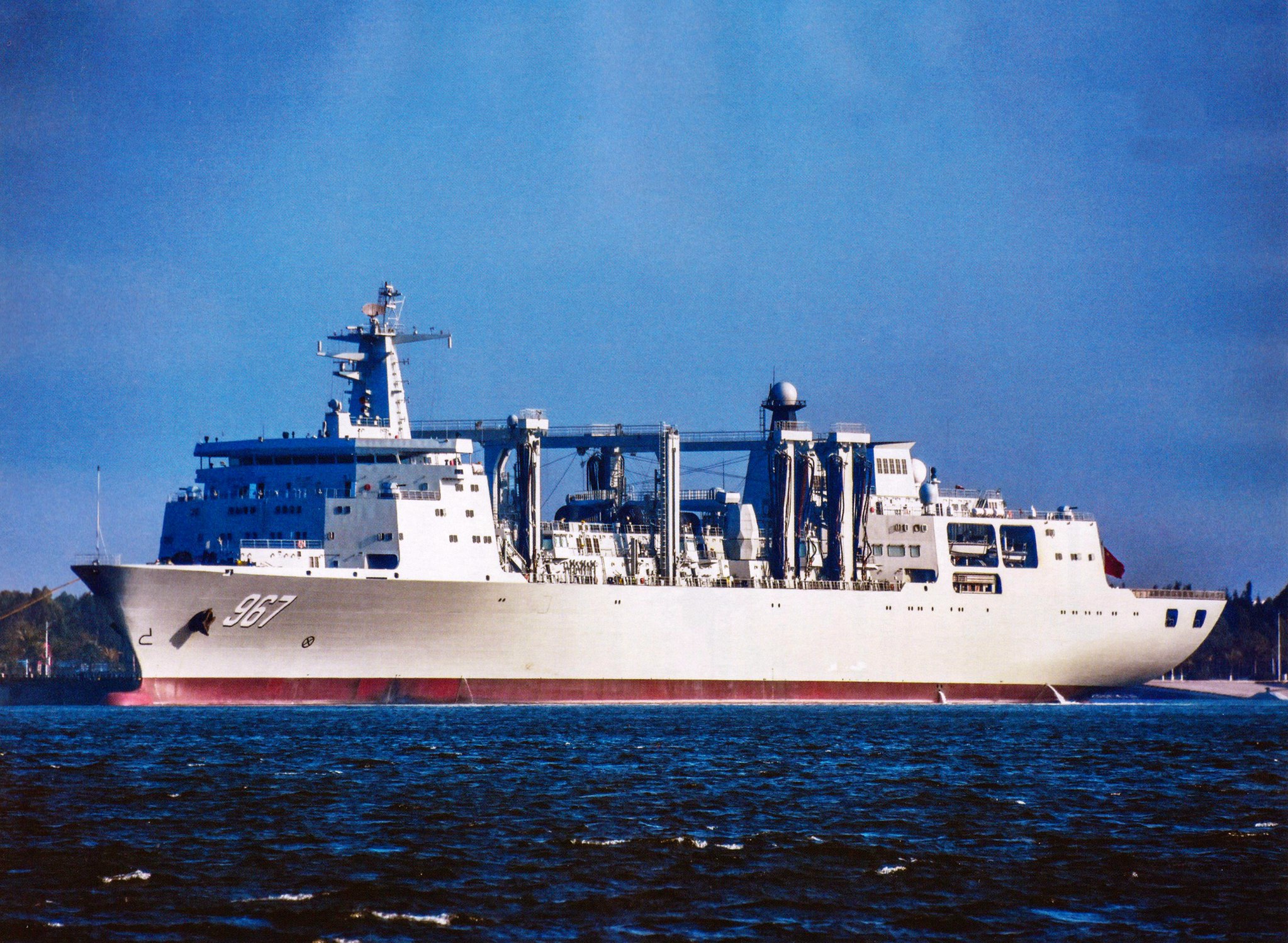 And which magazine is this ?

Newlyweds having their photos taken in Dalian. In the background, a Type-901 is arriving. I hope to see her at the naval review. 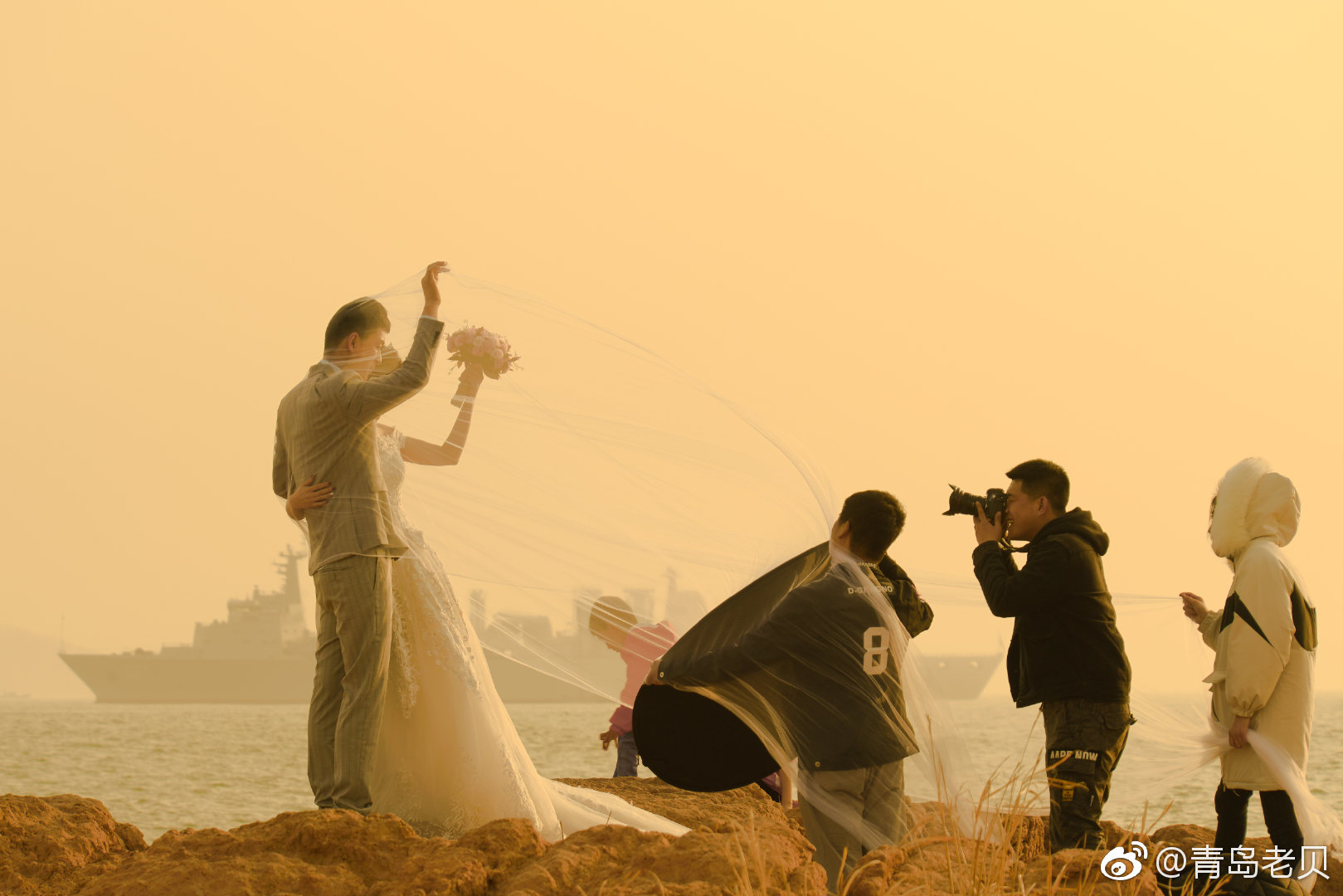 We seen one last year

Second is commissioned get both in parade this year

The importance of-logistic cannot be more emphasized in modern naval warfare. Here is the 2nd allotment of the series "Red star over blue water"

For a long time, replenishment and logistical support was a bottleneck that kept the People's Liberation Army Navy (PLAN) from open water missions. Increasing far sea operations means the fleet needs to be logistically self-supporting.

The permanent facility at the Djibouti base is only the beginning of its overseas logistics system support. Additional replenishment warships will be built, along with increased civil-military integration.

More than a hunk of steel

"Replenishment during flotilla maneuvers has been regularized. With the increase in blue-water training, the ships are sailing farther and farther and must be replenished," says Wang Sheqiang, Commander of the Fleet Training Formation.

Being embedded on a training mission, we got a chance to see how things are done. Wang told us the multi-ship, horizontal and vertical replenishment method is now normal practice and a major subject in their training. Practice is one thing, sufficient support is another. So the PLAN is now prioritizing supply ships in its expansion plans. 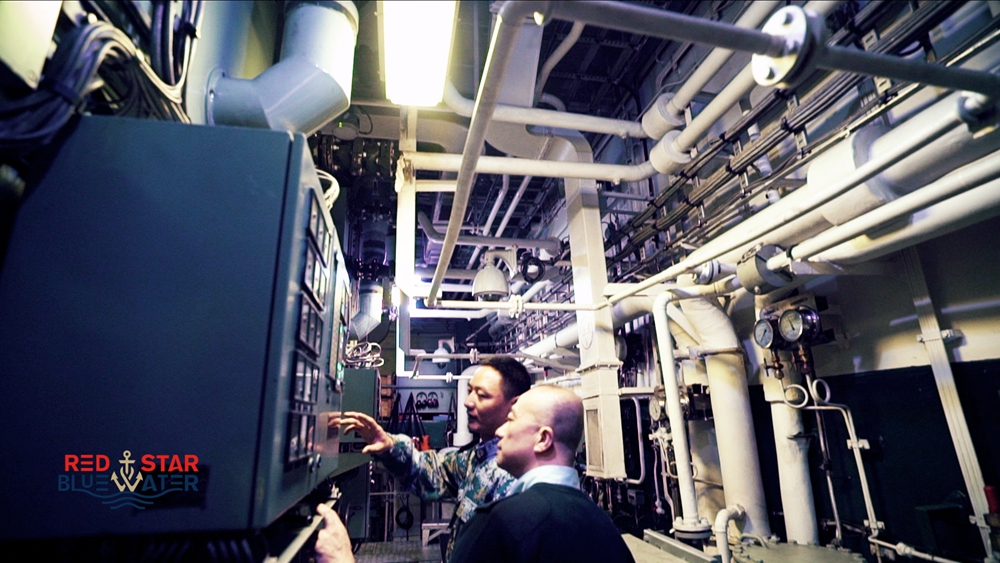 "Heart" of the ship

"A ship is a systematic chain with tight coordination. If one link is broken, it can ruin the whole task," says Dou Jichao, Diesel Propulsion team leader of the PLANS Changchun.

We were given access to the "heart" of the Changchun, China's 052C type destroyer. Dou works at the bottom of the ship — the power control room. The generation equipment supplies power to ships, including some safeguards for living facilities. He says his job is hidden from the crew, but it's key for the mission. 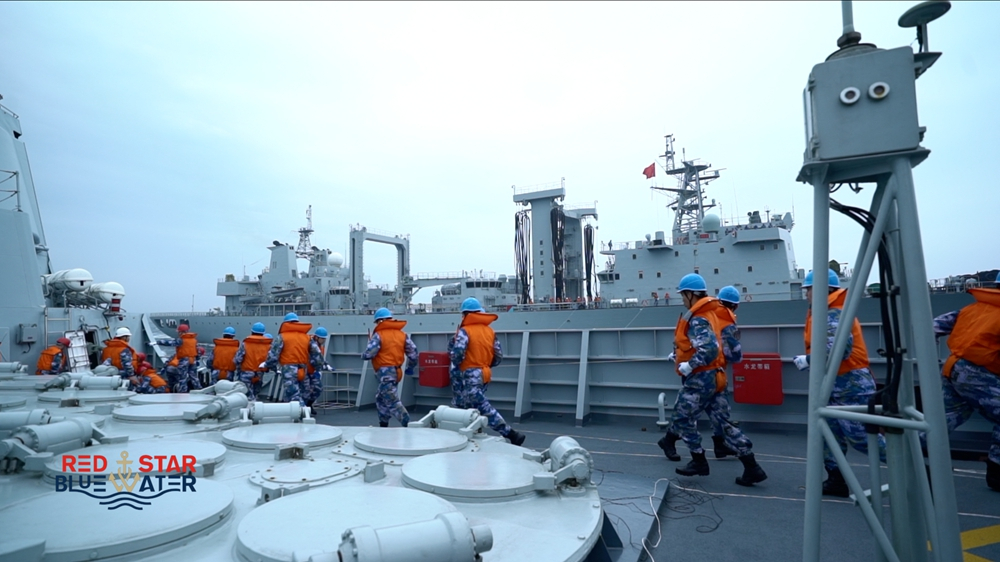 A replenishment training during flotilla maneuvers at the East China Sea. /CGTN Photo

An army marches on its stomach

"The leaders' demands for logistic support are very high. We are constantly improving ourselves," says Zhang Mengfei, Culinary Team Leader of the PLANS Changchun.

When Zhang joined the navy, he was disappointed at his assignment. Then he learned all the cooking skills needed on board. Little by little, he's come around to another way of thinking. He gets great satisfaction from the praise of the crew. And as food costs steadily rise, the cooks compete to serve up the best on a budget.

Yes but we haven’t seen PLAN do much vertical replenishment

asif iqbal said:
Yes but we haven’t seen PLAN do much vertical replenishment

The Z9C is a very light weight chopper not fit for lighting pallets in sea winds and Z8 is too big to land on FFG and DDG
Click to expand...

I think they have cranes and the like for most operations no?
But yes the PLA in general needs more helicopters. The carrier also needs some kind of supply aircraft like the C-2 Greyhound.

PLAN supply vessels arriving in Qingdao for the naval parade... All images are high-resolution. 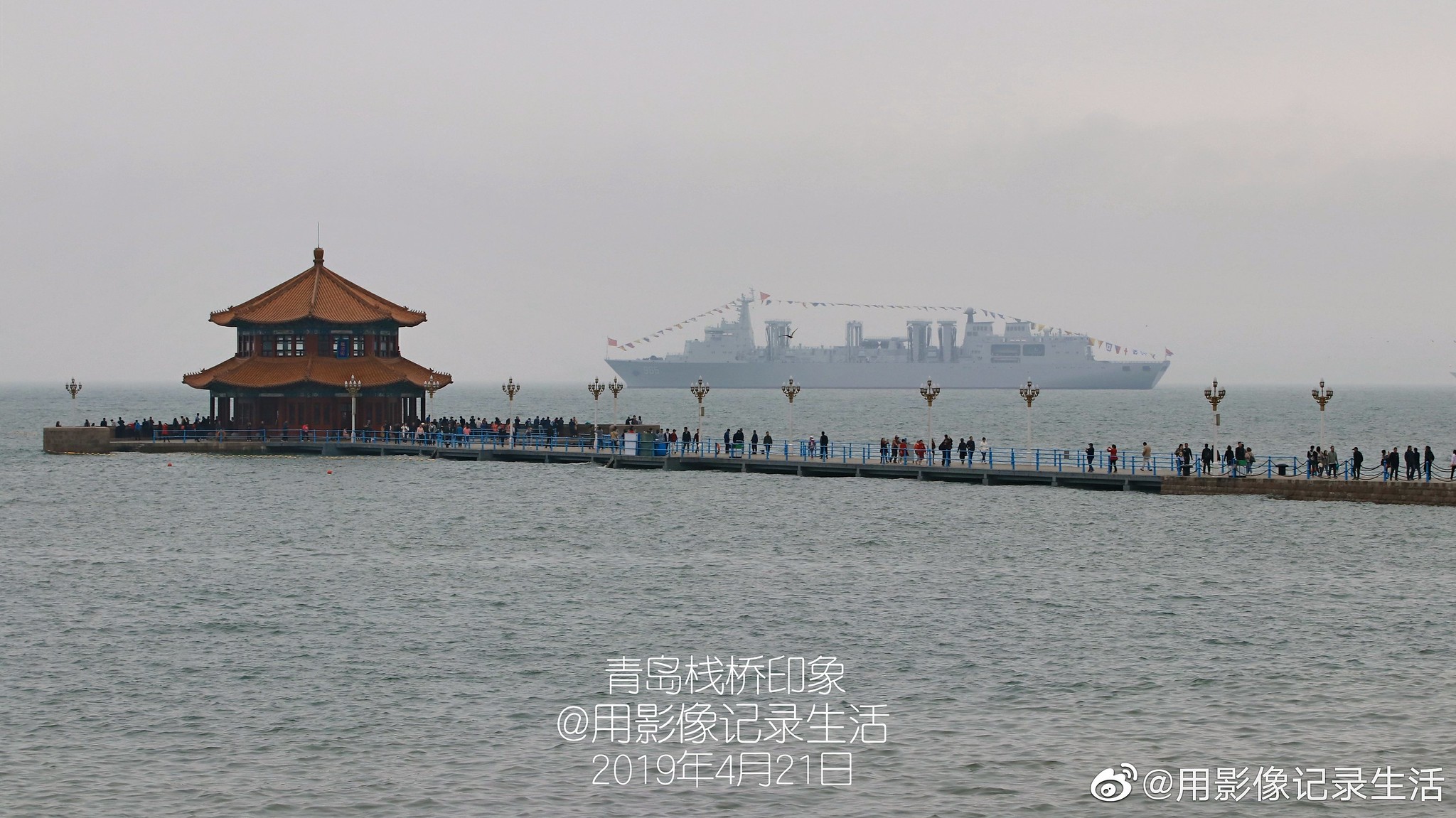 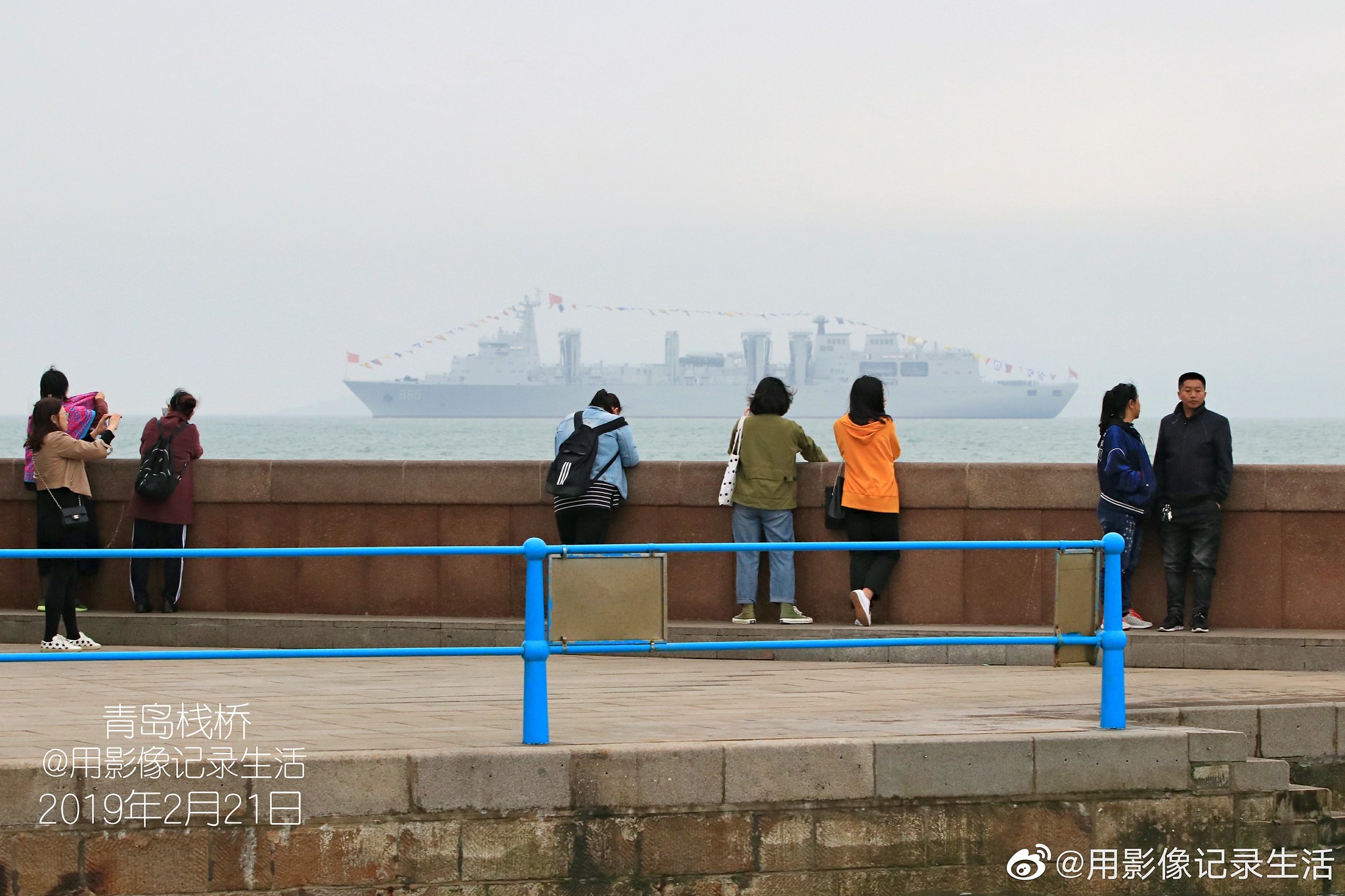 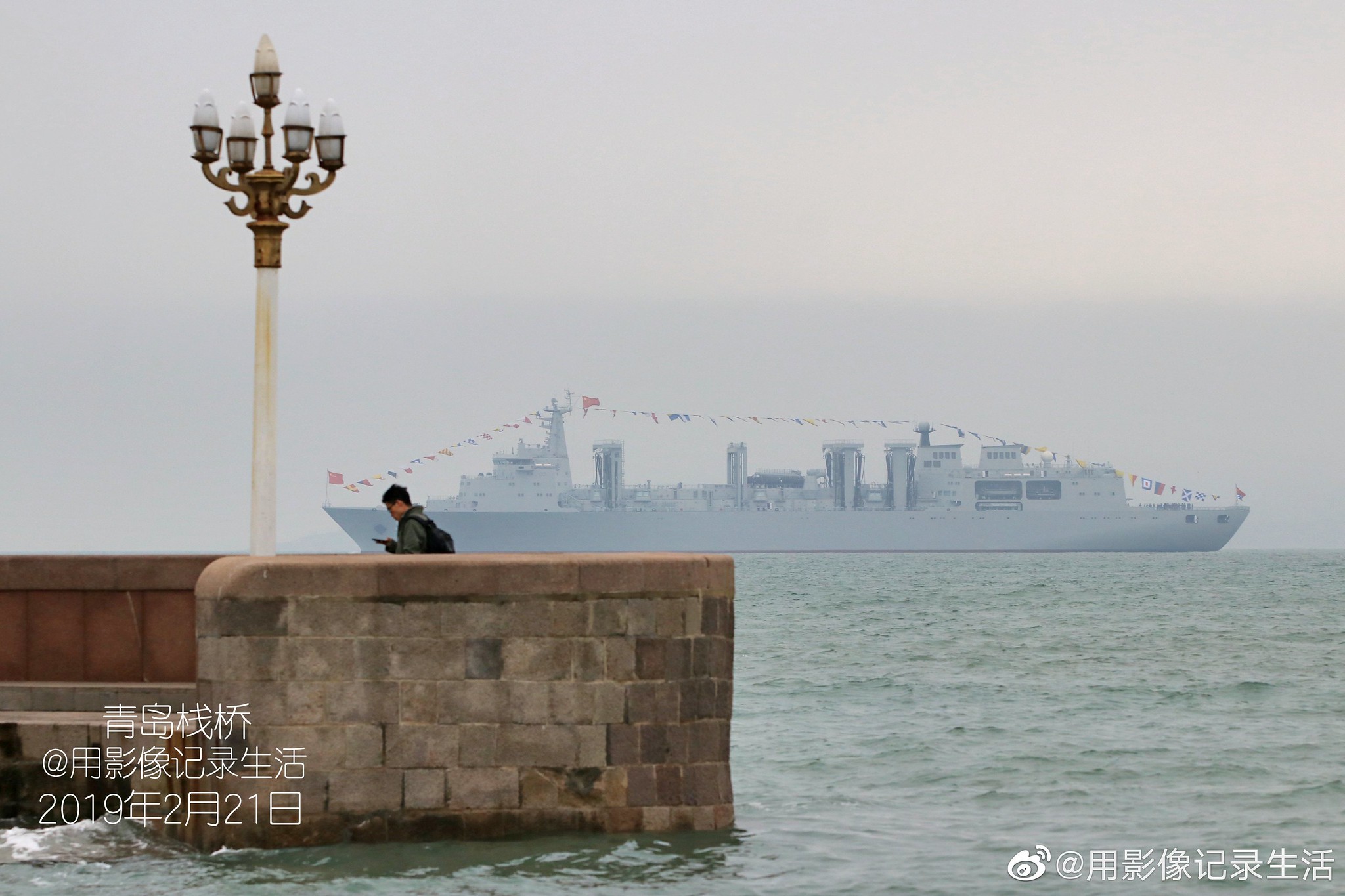 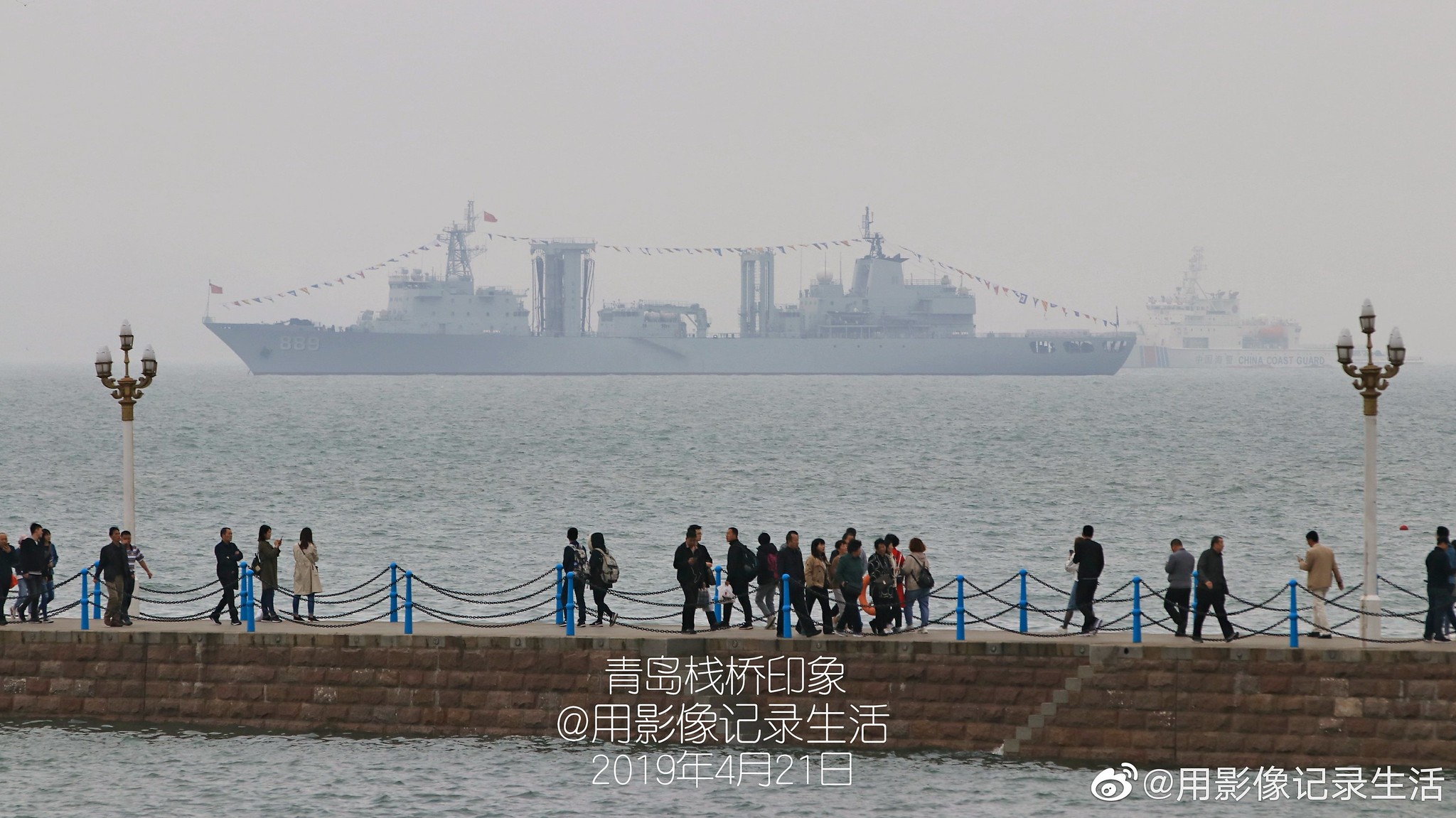 One more from the naval review... 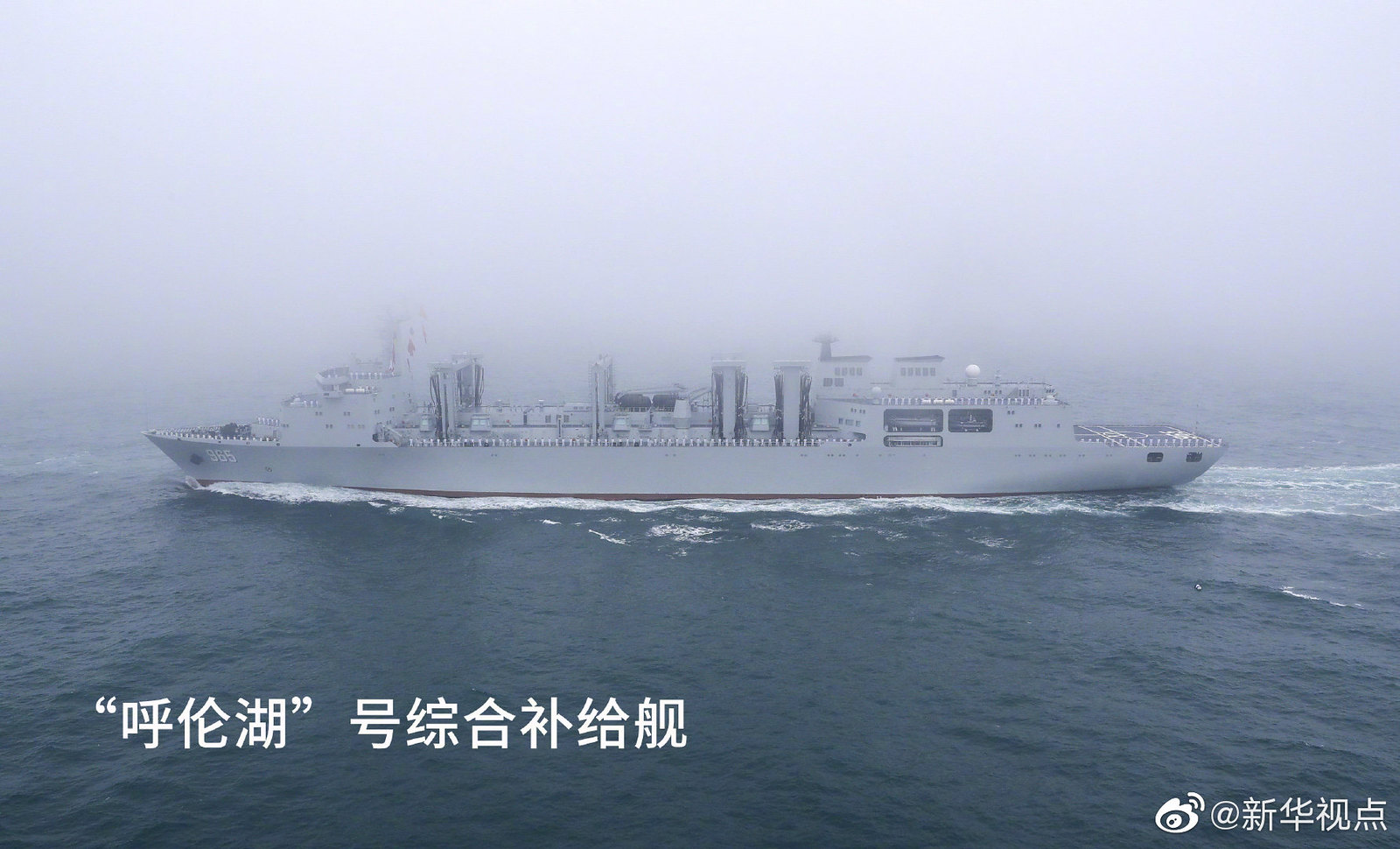 Type 901 fast combat support ship (pennant number 965) has arrived at Dalian Shipyard, parking herself in the dry dock right next to carrier Shandong. 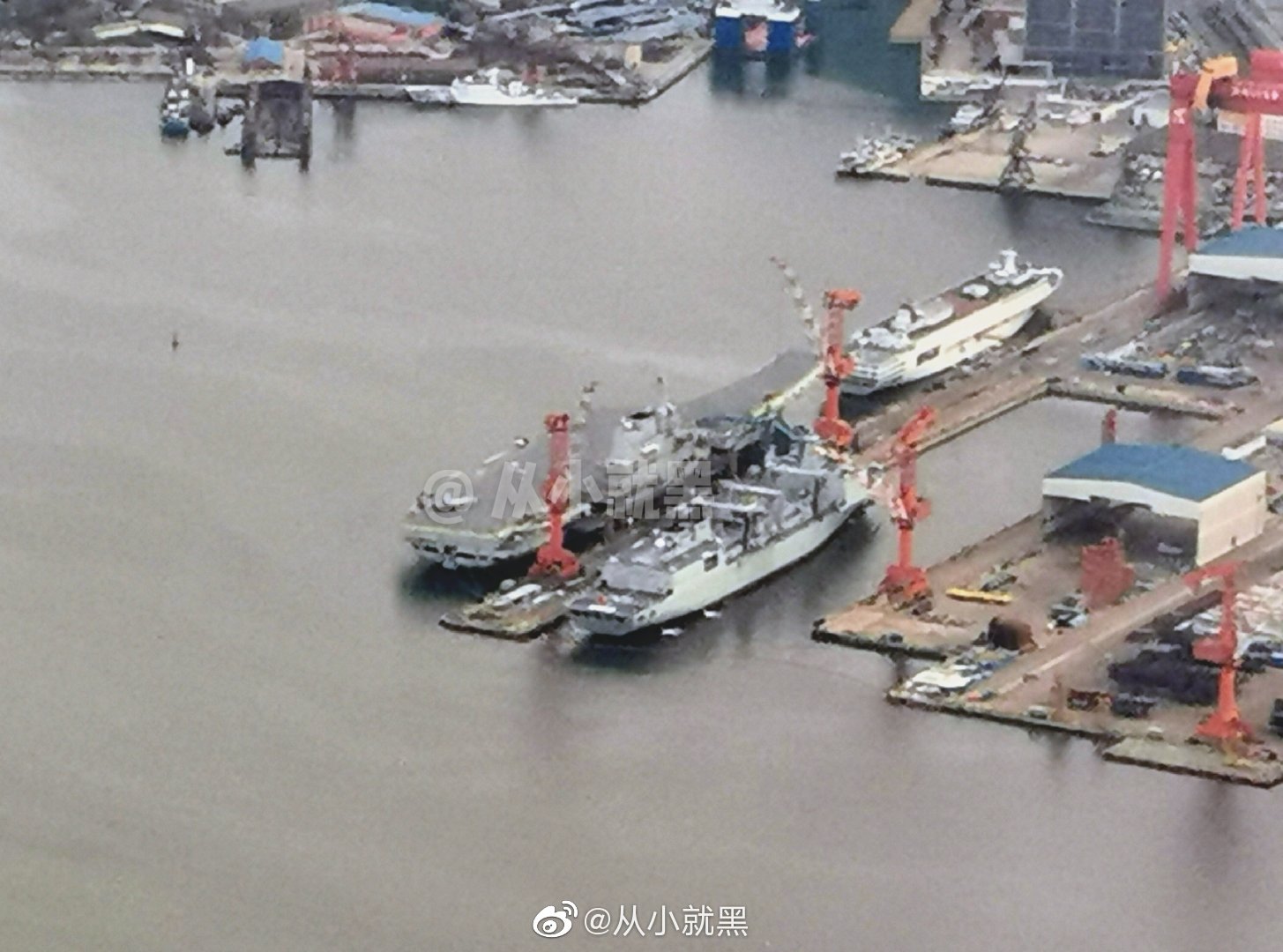 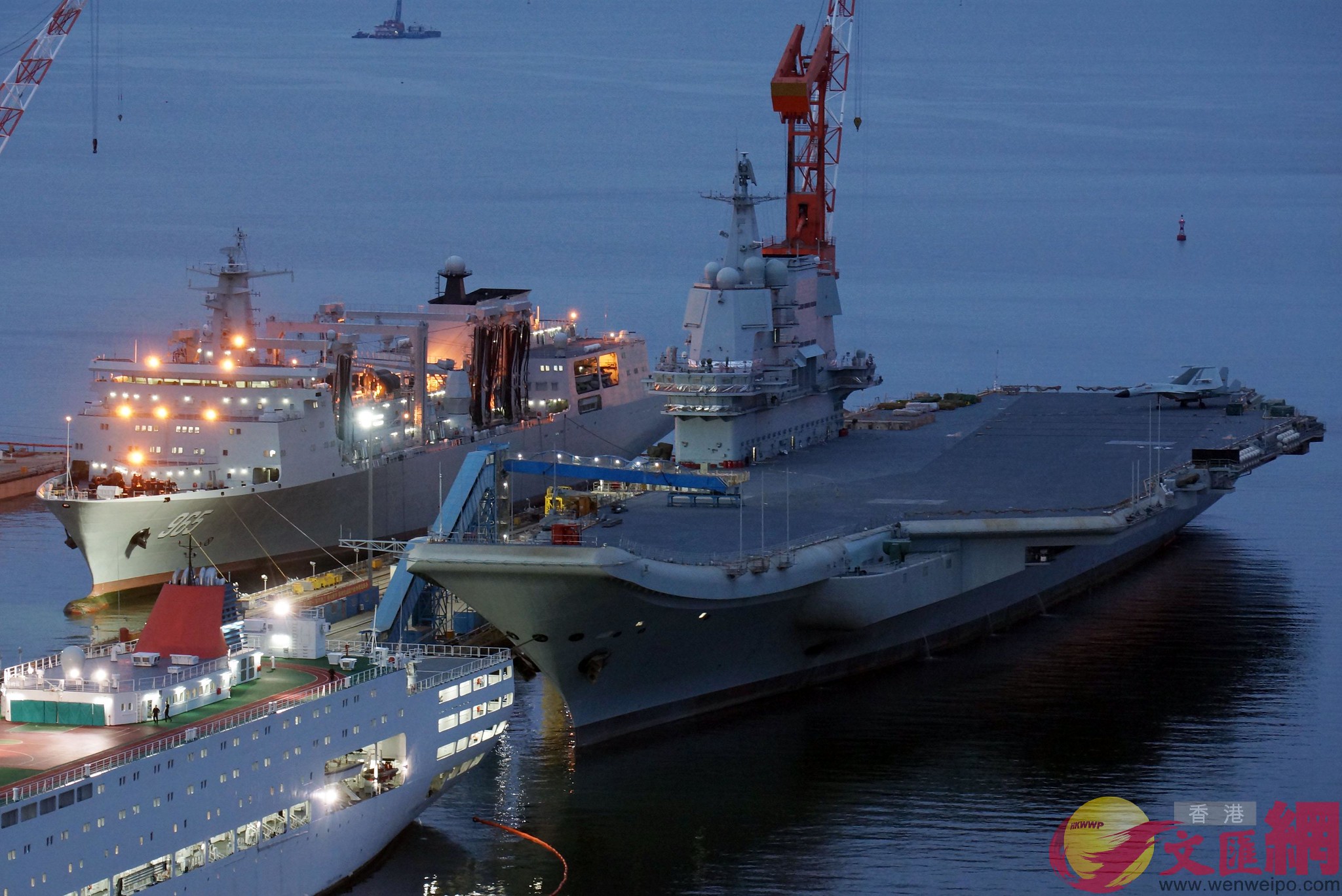