Possible, there are however some double barrel launchers they are used for riot control.

by78 said:
Does anyone have information regarding this strange-looking grenade launcher? It appears to have two barrels and a very large buttstock, so the kickback must be considerable. 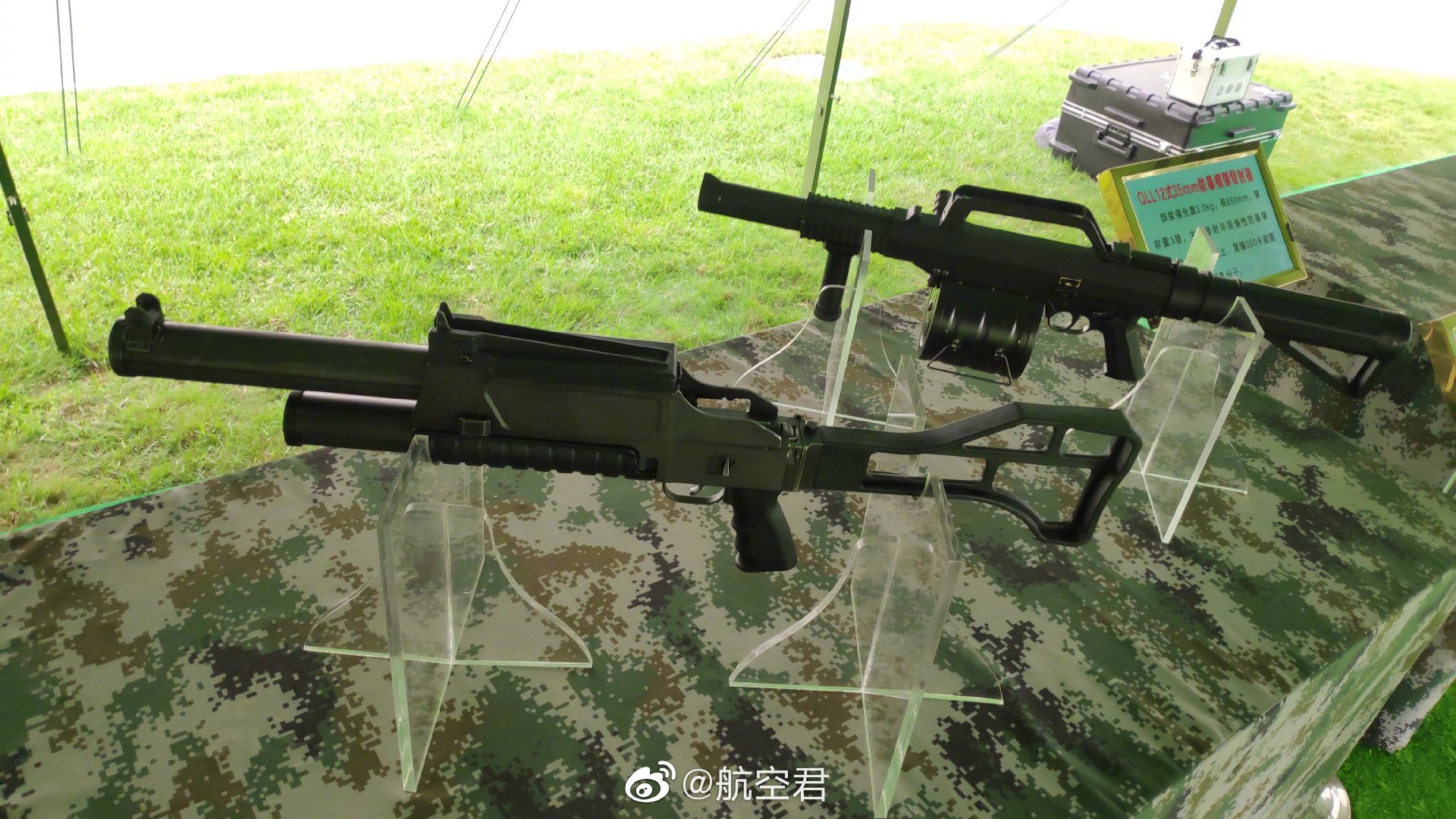 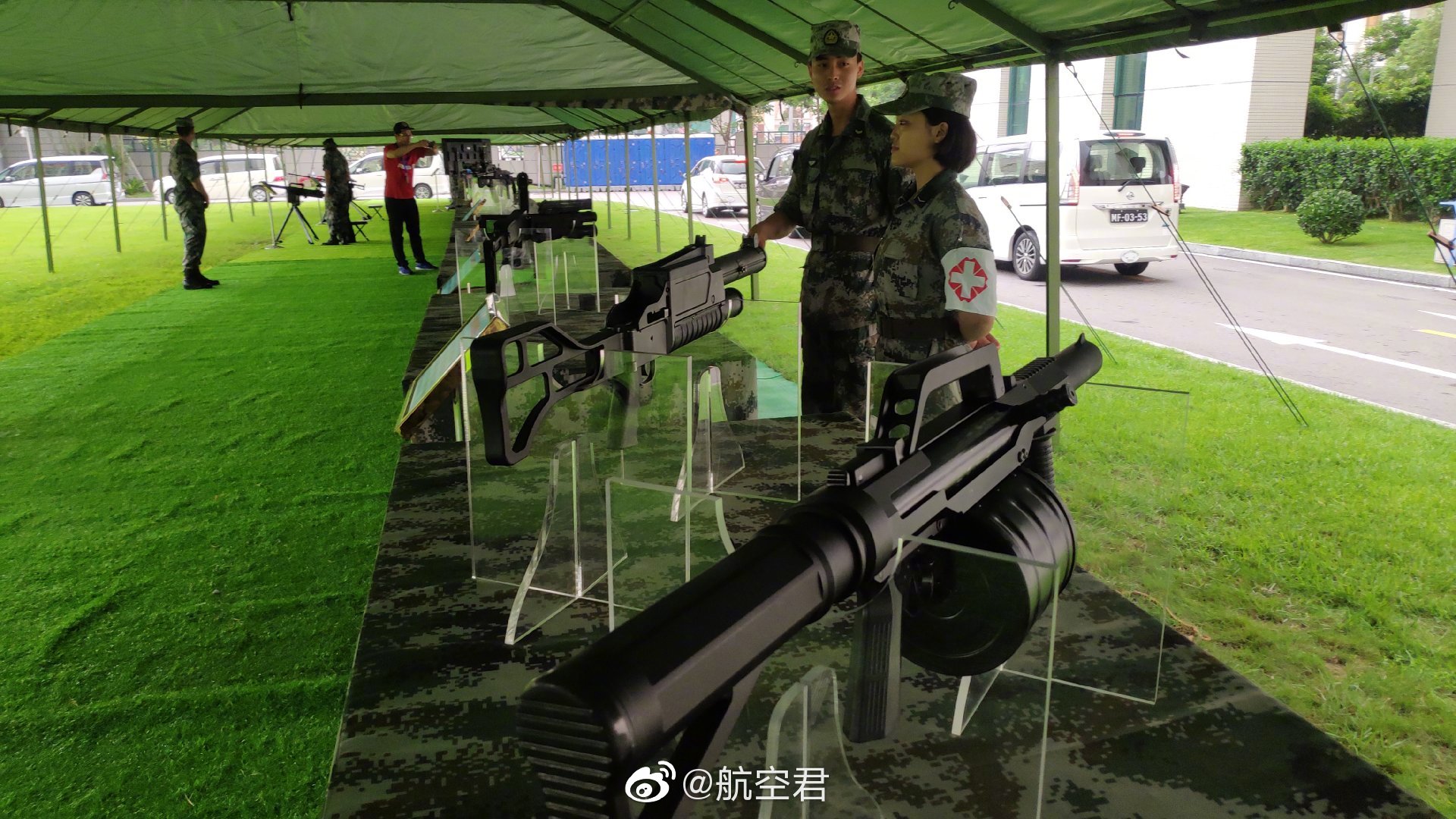 Then there's that stupid looking single-shot (?) grenade launcher, of unknown designation and capabilities.

Chinese small arms on display at IDEF 2019 in Turkey. 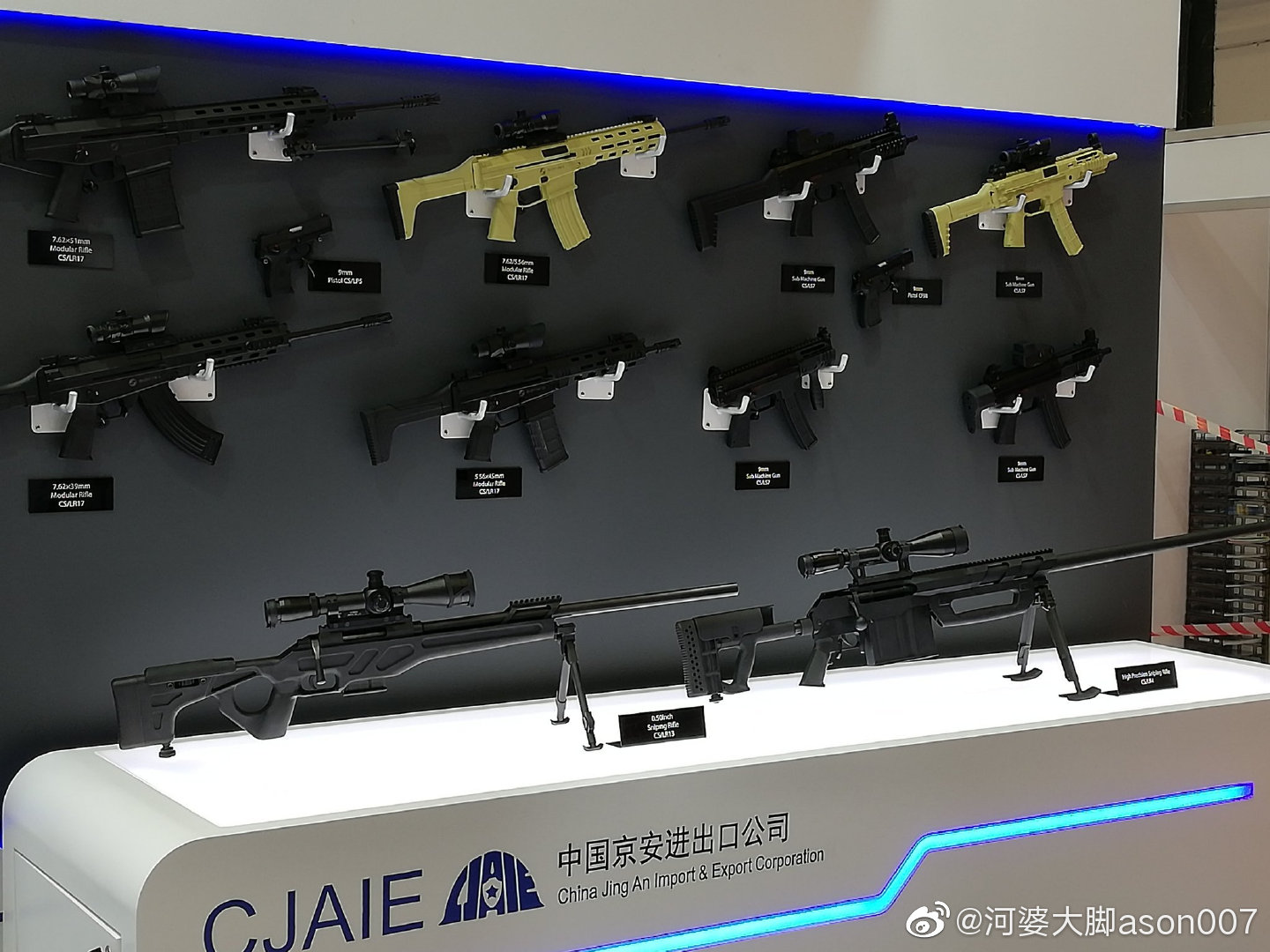 They mixed up the labels for the sniper rifles.

by78 said:
Does anyone have information regarding this strange-looking grenade launcher? It appears to have two barrels and a very large buttstock, so the kickback must be considerable.

Then there's that stupid looking single-shot (?) grenade launcher, of unknown designation and capabilities.
Click to expand...

Riot control and Military operations differ. Riot control launchers are more aimed to releasing irritant agents as such a small capacity is not a bit deal.
2-3 rounds would spread out a fairly good amount of irritant.
The other potential function in a riot control action would be deploying less lethal munitions. Bean bags, rubber bullets, chemical irritant balls, tazers.
Now the QLL12 is a bit heavy for personal carry and would likely be a support weapon for such.
This other weapon is our question mark if you look at the close of up of the left hand side we are clearly a pump action break. But it looks to me more like that of an M203 breach pump action vs a repeating pump action.
Then on the other side we see a mechanism behind the upper structure that looks like a reloading gate for breach loading.

Because the picture lacks a shot of the plaque identifying it we are left in a quandary.
Which is it?
Something like this? A riot control double barrel launcher.

Like this Sage Defence Deuce or the DP64.
Or a pump action repeater launcher.

like this GM94 from Russia. Or the
China Lake launcher from the US.

Both leave questions.
If a double barrel why two modes of operation? The under pump and over breach then why is one barrel longer than the other.
If the latter why does it seem to cycle sdrawkcab? It could be the operation is locked back. However the recever looks wrong for this. Although there was a long period in the early 20th century for shotgun actions if it was patterned after that then we would see portions of the bold carrier extending out the back of the recever.
Unless just for HaHa they inverted the action.
Or are attempting to mate a inverted pump with a Spencer style gate.
All of which seems to me like a engineers dream but end users nightmare.
There also seems to be no visible means of ejection with out hurling the round into the user's head. Presumably this should fire the same rounds as the QLL12 which has a very visible ejection port track with the charging handle. But this has nothing.
When it comes to military firearms Occam's razor tends to be the law. So I default back to double launcher. The over being breach loaded the under being M203 style. The over being the more accurate of the two as it has the irons the lower being used for follow on.
Yet still this is all conjecture.
A

Registered Member
More customisation is a good, but the height over bore is seriously cringeworthy

A closer look at the scope for the grenade launcher... 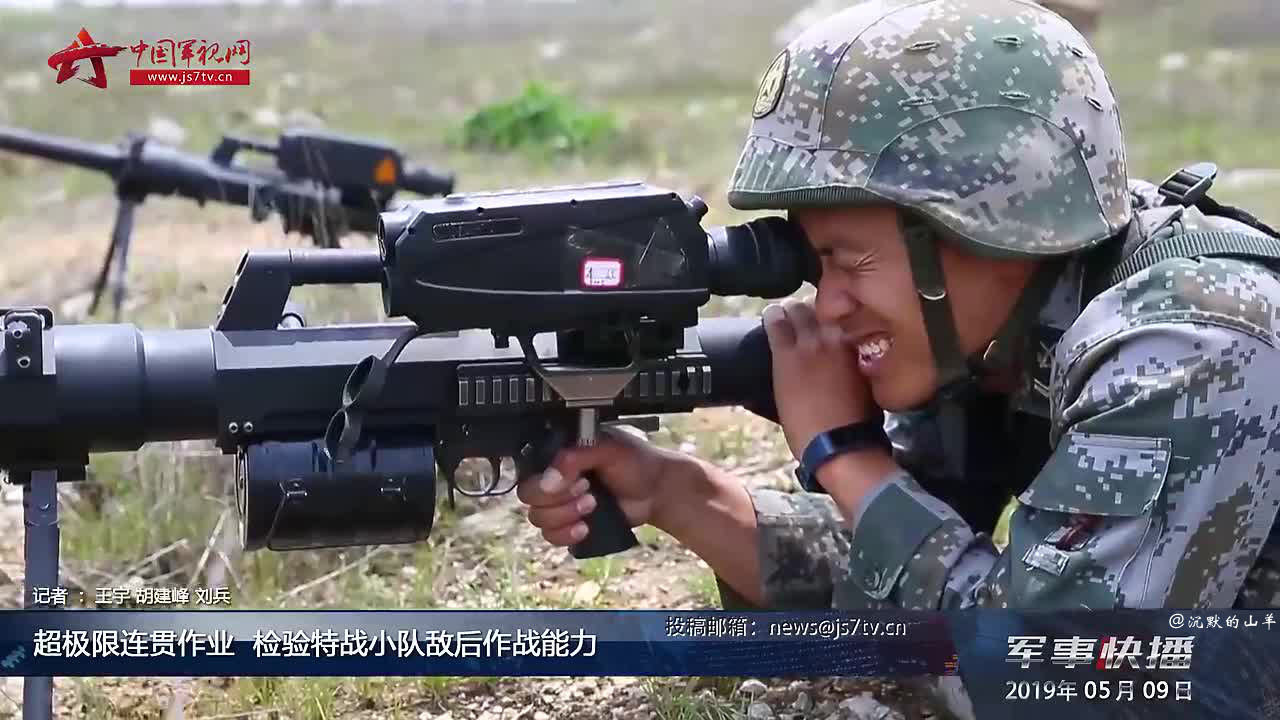 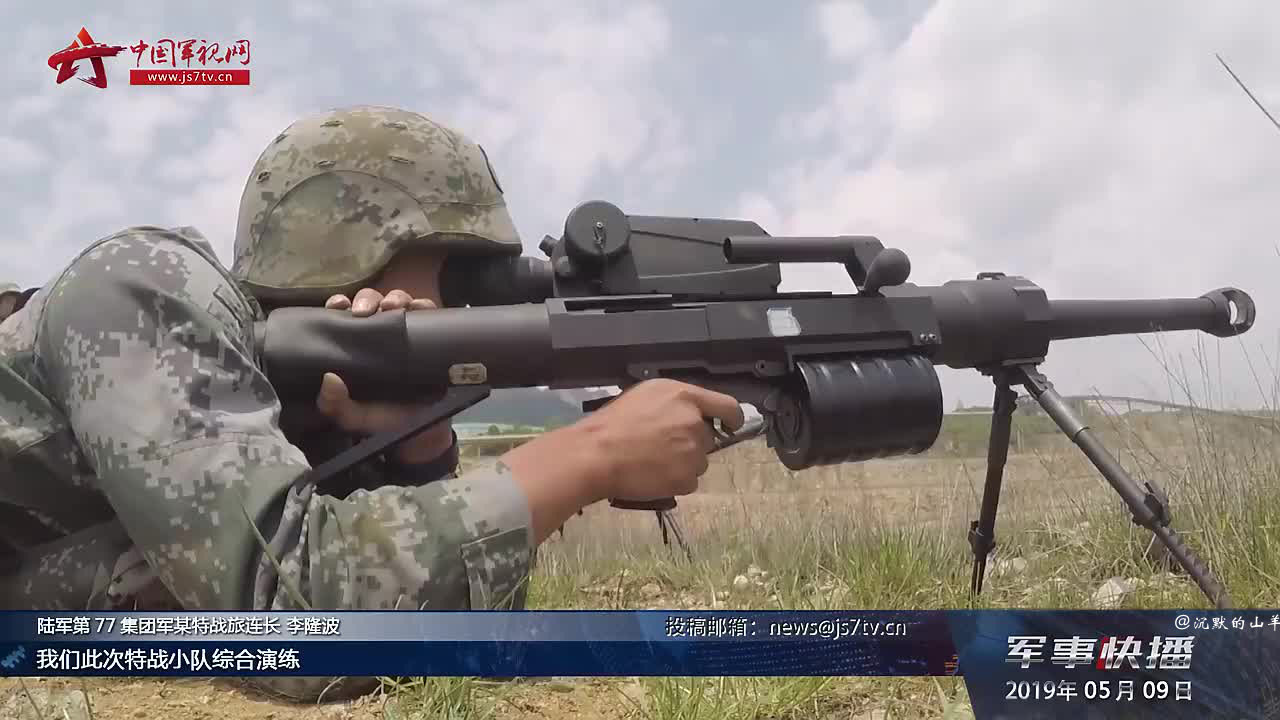 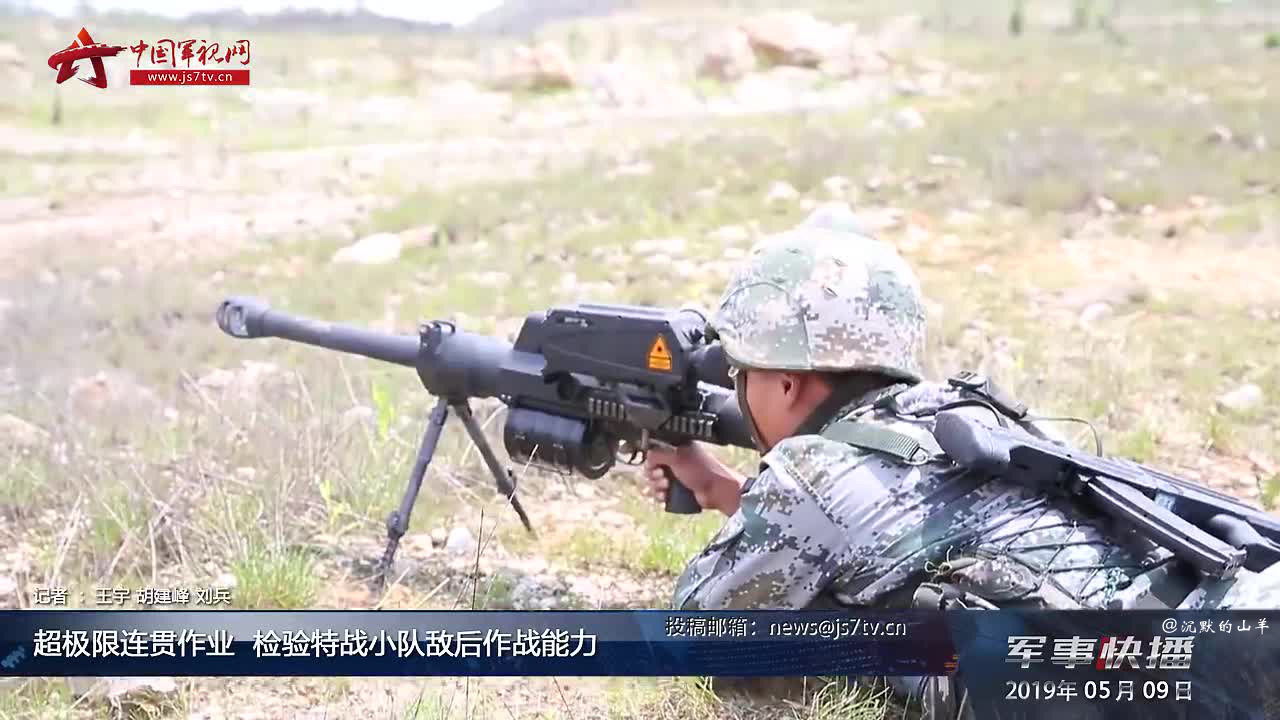 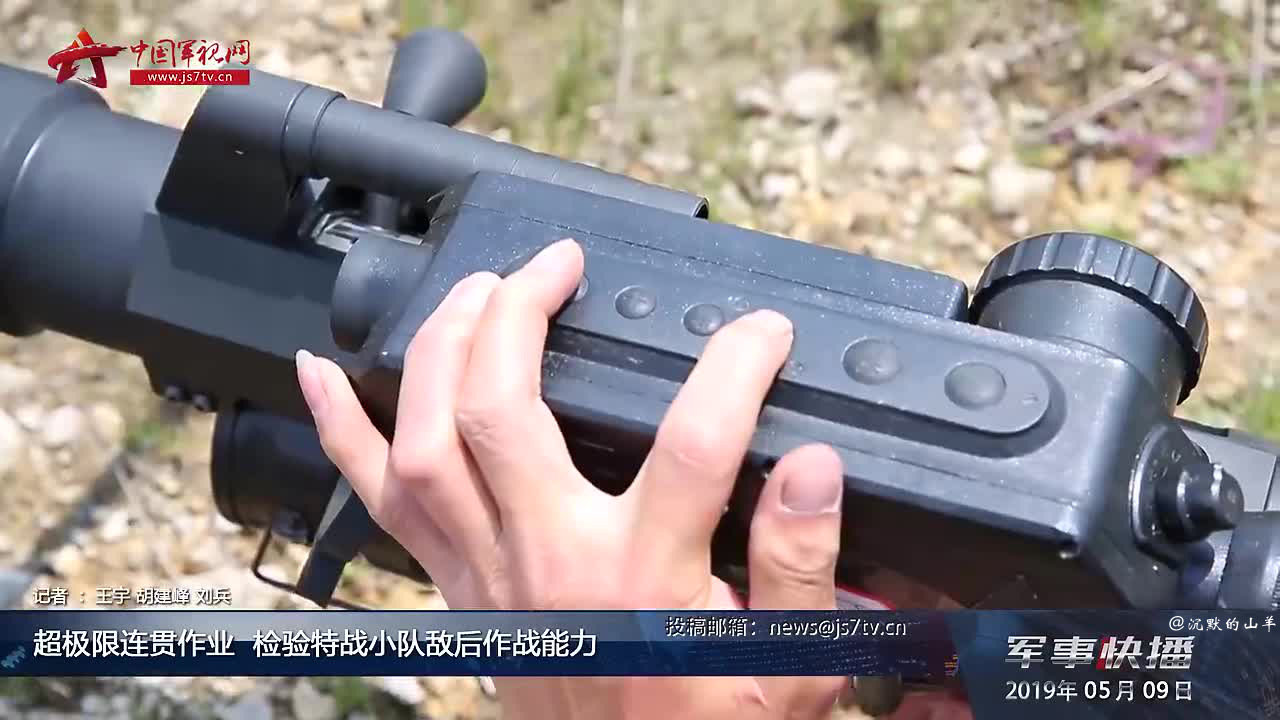 by78 said:
A closer look at the scope for the grenade launcher...

Are those nails allowed in the PLA?
P

ohan_qwe said:
Are those nails allowed in the PLA?
Click to expand...

Clearly just manufacturers demonstration team! Obvious because of the high visibility radiationwarning labels on the gun.
You must log in or register to reply here.