United Motors, the second largest motorcycle manufacturer of the country is in process of venturing in automobiles (four wheelers) and as per reports the company will introduce an economical 800cc hatchback and a 1000cc commercial pickup.

Various sources have been indicating that the company will launch a Suzuki Mehran lookalike, as couple of such units were also seen at their premises in a viral video late last year. Although United officials have remained of the opinion that their 800cc affordable car will be better than the Pak Suzuki Mehran.

Now interestingly the company has applied for copyrights of a car design called as the United Bravo to the Intellectual Property Organization of Pakistan. And looking at the design, the car does look fresh and impressive.

It has a modern design and has a front fascia & rear-end that looks inspired from the new Kia Rio. The car in pictures is equipped with pull-type door handles, alloy wheels, fog lamps, split tail-lamps, 3-spoke steering wheel and a floating center multimedia screen. A manual gearbox and rear-seat headrests can also be noticed in these pictures.

No information regarding the engines is available as of yet, but the Bravo does look like a promising option in small car market. Interestingly the name Bravo, is also used by JW Forland to sell their commercial pickup, so whether United will be able to market their car with Bravo nameplate is yet unclear.

It is also yet to be confirmed if the company intends to sell more than one hatchback model in Pakistan. As the previously seen Mehran look-alike can be slotted below this Bravo hatchback, we will have to wait to find out. What is your opinion regarding the United Bravo,

It’s a manifestation and recognition of CEME contributions at national and international level in the field of Robotics and Automation.

It would also go a long way In harmonizing itself with Innovation Center EME and Proj Manufacturing Lab to provide opportunities to students from all over Pakistan to innovate and implement ideas and generate successful startups.


Civilization's history is also history of urbanization (an old age process at varying pace through time) with a few cities around 400 BC supporting large rural population.

From Indus valley through Mughal era and to British rule, Indian subcontinent experienced several stages of its urbanization process. Asia is foremost victim of urbanization which in Pakistan is urbanizing at 3% annual rate fastest in South Asia.

Pakistan has long been a nation defined by its geography and countryside where the majority of the population is based; where the largest industries are ensconced; and where some of the chief political power centers are anchored.

Pakistan's current population is about one-third urban, expected to rise to nearly50% by 2025.

Urbanization also has two immediate, and troubling, political implications. One is heightened unrest. The second real-time political consequence of Pakistan's urbanization is the rise of new hardline players who find ample support among urban Pakistanis.

Urbanization is not a new story in Pakistan. Migratory flows occurred in 1947, 1965 and 1971 populating the mega cities.

In 1990s the anti-Soviet insurgency in Afghanistan spawned a new exodus into urban Pakistan.

Today, urbanization continues to be fuelled by war, insecurity, and economic necessity.

Urban areas are characterized by labour market pooling, trade of goods and services, knowledge spill over, high level of income and economic relations.

This type of development is helpful for employment creation, poverty reduction and planned local business development in the urban regions.

Industrial growth is a major cause of urbanization. City houses different social and personal profile people including.

The need to look into pros and cons of urbanization is grounded on four reasons of the sociological attraction of urban phenomena: firstly fresh in its concept; secondly transformation in prototype of social life; thirdly centralized and powerful approach in its influence; and fourthly the continuou

Individuals built a single-family home (rather than multi-family high-rise building).This also wastes vertical space significantly resulting in horizontal growth. Urbanization is both promising and problematic internationally as well as for any single country. Swelling city populations are taxing the state's ability to provide basic services such as housing, electricity, clean water and healthcare.

The urban heat island appeared due to industrial and urban development.

As concrete, asphalt, bricks etc absorb and reflect energy differently than vegetation and soil. Cloudiness and fog occur with greater frequency. When it rains, water is less likely to be absorbed into the ground and instead flows directly into river channels.

Energy consumption for electricity, transportation, cooking, and heating is much higher in urban areas than in rural villages.

Urbanization impacts the environment through the strain of all resources, including food, water, energy and the land itself. Rapid development can result in very high levels of erosion and sedimentation in river channels.

The water quality has degraded with time due to urbanization resulting in respiratory infections and other infectious and parasitic diseases. There is also complete eradication of habitats as an outcome of urbanization and native species are pushed out of cities.

Positives of urbanizations include the advancement of information technology, transportation systems, innovations in media, communication, modern building techniques. Urbanization cannot be stopped because no country can afford to have a break in the growth of economic development.

Urbanization could boost the country's sagging economy. Pakistani cities are a chief source of employment opportunities for small and medium enterprises which provide the vast majority of Pakistan's non-agricultural jobs and high-growth industries jobs such as information technology.

Cities are also the hub for Pakistan's prestigious educational institutions which impart education, trainings, skills, and research and development opportunities in marketable disciplines.

Generally speaking, infrastructure is essential for the sustainability of human settlement. In fact, the rural-urban imbalance in development provides an explanation for the unprecedented growth of urban centers and slums.

However, rural development like multi-sectoral activities, including the improvement of agriculture, the promotion of rural industries, the creation of the requisite infrastructure and social overheads, as well as the establishment of appropriate decentralized structures in order to allow mass participation.

There is therefore, no consensus as to what constitutes the right way to rural development. Approaches vary from promoting accelerated development of rural people to encouraging self-help.

The economic growth and development needs a booster in the form of urbanization, creating some hubs which attracts all the sectors to invest and creating ample employment.

Decentralization of basic livelihood facilities and services by provision of infrastructure and facilities in the rural areas will be effective tool for reducing the burden of migration towards cities as well as on available resources as the creating a peaceful environment internationally and nationally to reduce refugee's migration.

Parallel to these effective land management for urban development and implementation of proper development plan will reduce the pollution, sanitation problems and helps in provision of basic facilities to all residents.

Various energy sector projects being set up under the China Pakistan Economic Corridor (CPEC) will contribute over 17,000 megawatts of energy to the national grid on completion, a top-level huddle was told on Tuesday.

“CPEC would significantly help towards ensuring inclusive development especially the socio-economic development of the less-developed areas of the country,” said a statement issued by the Prime Minister Office after a weekly federal cabinet meeting presided over by Prime Minister Shahid Khaqan Abbasi.

The cabinet was given a detailed presentation on the CPEC including various projects being undertaken in energy sector, infrastructure, industrial cooperation and development of Gwadar. The statement, however, did not give details of these projects and the timeframe for their completion.

“It was informed that the energy sector and infrastructure development constituted the major areas under the first phase of CPEC—CPEC project would help increasing GDP [gross domestic product] growth and would strengthen various sectors of the economy.”

Official sources who attended the meeting said PM Abbasi, who is expected to visit China soon, will sign a related memorandum of understanding with the Chinese authorities for initiating energy projects under the CPEC on the sidelines of a key regional moot.

Presently, the federal government claims to have ended load shedding in Pakistan with the production of ‘surplus’ electricity but prolonged power outages after the advent of summer season have put to a question mark over these claims.

In a related development, Chinese Ambassador to Pakistan Yao Jing also called on PM Abbasi before the cabinet’s Tuesday huddle. The PM’s upcoming visit to China for participation in the Boao Forum for Asia (BFA) and issues of mutual interest were discussed in the meeting, a PM Office statement said.

The forum will be held in China’s southern island province of Hainan from April 8 to 11.

The cabinet approved Prevention of Smuggling of Migrant Ordinance, 2018. The ordinance aims at curbing the smuggling of Pakistani nationals to foreign countries and that of foreigners to Pakistan.

In the light of existing constitutional provisions, an ordinance, which is promulgated by the president of Pakistan, remains in effect for 120 days and can be extended for one time for as many days (120 days) before it lapses permanently and requires parliamentary legislation in order to be become a law.

Annual Report and Audited Financial Statement of Audit Oversight Board for the Year, 2017 was presented before the cabinet.

The cabinet approved signing of seven memorandums of understanding with various countries aimed at enhancement of economic and strategic cooperation and carrying out a feasibility study of a project. It also assented to ceilings for allocation of grants-in-aid to bar councils and bar associations for 2017-18.

The cabinet approved appointment of the Utility Stores Corporation managing director. A proposal to grant additional charge of the post of the Port Qasim Authority Karachi chairman to the Ports and Shipping director general was also approved. 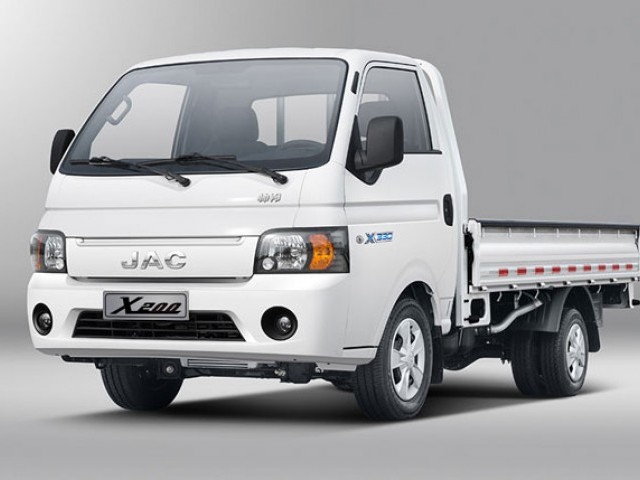 KARACHI: Ghandhara Nissan has launched the locally-assembled JAC Motors X200 one-ton pickup, which is mainly used for the distribution of goods, according to an announcement made on website of the Pakistan Stock Exchange (PSX) on Wednesday.

ISLAMABAD: Pakistan’s total exports are on the upward trajectory and set to reach $24 billion mark this year, predicted a government official.

LAHORE: The buoyancy in domestic cement demand is complemented by surging exports for the second month as foreign shipments increased by a whopping 85% in March. 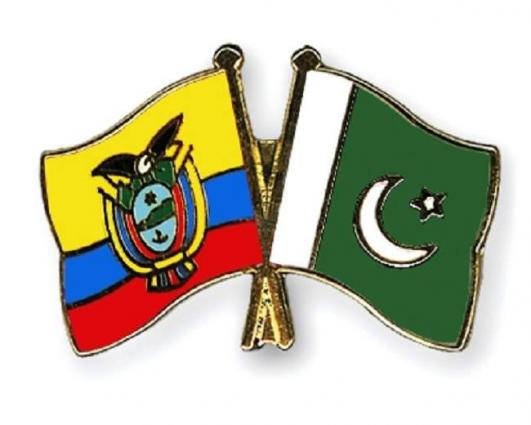 
“Ecuador wants to increase trade relations with Pakistan as both countries could do trade in many goods,” he said.