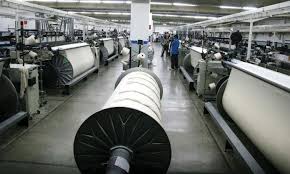 Pakistan’s first weaving city will be set up in the M3 Industrial Estate in Faisalabad as the country moves towards organising its textile sector and brings together the cluster of units across 100 acres of land. 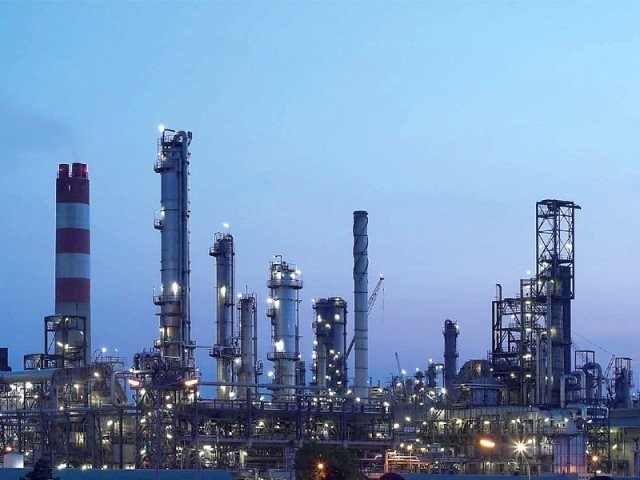 Please, Log in or Register to view URLs content!
, the largest manufacturer of buses in the world, has launched new 8.5m Grand Saloon Buses for the emerging Pakistani market.

The assembling of this 8.5m bus has been started along with their standard 12 m model at the company’s state-of-the-art commercial automobiles assembling and manufacturing unit in Karachi in order to meet the increasing demand of Yutong buses in the Pakistani market.

Managing Director of MMCL Nadeem Malik on the occasion stated that MMCL has a vision to serve the transport industry of Pakistan with the highest quality products and after sales services.

“MMCL is the first company to start assembling Euro-3 buses in Pakistan and we already are the market leader in this segment with our 12m standard bus which is setting new benchmarks in the industry,” he added.

“This 8.5m bus model, in particular, will serve as a milestone towards our ambition of providing transporters with multipurpose quality vehicles,” said Nadeem.

General Manager Marketing & Sales of MMCL Faisal Meraj stated that this bus is one of its kinds in this size and comfort level and is specifically designed for inter-city short routes ranging between 100-500 kilometers. He added that the bus will also be suitable for luxury tourism routes for hilly and on-land areas, providing the luxury and comfort of large buses in smaller category.

It is worth mentioning here that MMCL is also an authorized assembler and dealer of world’s renowned brands like Mitsubishi Fuso, Foton Daimler, IVECO and Changan.

CPEC has had a positive impact on Pakistan's economic growth: Global Times

The China Pakistan Economic Corridor (CPEC) is turning into an economic reality fastly as out of 43 confirmed projects at the beginning of the corridor, 20 have been completed or under construction.

The multi-billion-dollar China Pakistan Economic Corridor (CPEC) has made again in headlines for completing most of the effective projects under the Belt and Road initiative. Zhou Rong, a senior research fellow with the Chongyang Institute for Financial Studies at the Renmin University of China told Global Times on 24th July that “Another 157 projects in the corridor will be gradually completed in the next 12 years.”

Rong added Pakistan’s economy has been growing tremendously under the Belt and Road initiative. The economic growth rate has risen to 5.97 percent last year as compared to 3.5 percent in 2013 making Pakistan on a top in Asia. Moreover, if CPEC projects advance smoothly, the economic growth rate can be beefed up to 9.0 percent.

Expressing satisfaction over the pace of the work and its quality, he said the CPEC has created around 60,000 jobs in Pakistan and by 2030 it is expected to create more 7,00,000 jobs in the country, helping millions of families economically.

Rong added that there are a large number of prisoners sent to Pakistan to work on the construction in order to save labor cost and meanwhile many Pakistani employees are have been sent to China under different funded-enterprises to get further study. He kept on adding that China has responded to rumors multiple times that CPEC will be following the old roadmap of British East India Company leading to the colonization of the country.

He denied the rumors by saying all Chinese engineers and technicians and employees are working in Pakistan with the consent of both governments. Furthermore, China has never sent a person with a criminal record to work in the corridor and has called back all Chinese people who have violated discipline in Pakistan. He told, China did not send any soldier to Pakistan, nor build any military base in the country.

In the end, he added that rapid completion of the projects and development of the corridor is not possible without the full support of the Pakistani government and army.

A Turkish company has expressed interest in exploring opportunities in Pakistan’s healthcare sector and sought the cooperation of local businessmen for joint ventures.

A delegation of the company, led by its managing partner Zeynep Dayioglu, visited the Islamabad Chamber of Commerce and Industry (ICCI) and held a meeting with ICCI President Sheikh Amir Waheed to explore opportunities in Pakistan’s healthcare sector.

They said that they were interested in bringing these services to Pakistan to provide international standard health services to the people. The delegation sought the cooperation and support of ICCI in realising these objectives.

SANY Group, one of the China's top construction heavy machinery manufacturers, is planning to expand its investment in pakistan to help boost construction activities in projects specifically under China Pakistan Economic Corridor (CPEC).

"We are looking forward to help Pakistan by expanding our investment in the country and will provide our first class products and best services specially for the CPEC projects," President of SANY group Xiang Wenbo said while addressing a seminar titled "Interconnect Cooperation Partnership", organized by the SANY group here last night.

He said his company had 13 manufacturing factories around the world including Europe and USA which would produce over 500,000 units this year.

Meanwhile, Executive Director CPEC, Ministry of Planning, Shahid Rashid said work on CPEC projects was going on smoothly and so far six out of 15 energy projects had been completed.

He said the 15 energy projects under CPEC would produce 14000 MW of electricity and as many as 55,000 employments have been generated in these projects.

He said 95 percent of employees were from Pakistan while rest of five percent were from China.

He informed that there were six road projects under CPEC in which, 51,000 new jobs were created out of which 41,000 jobs were linked to Pakistan.

Rashid said there were three alignments of railway in the country and all the three are to be upgraded under CPEC.

He said so far 12000 jobs had been created in the upgradation of ML-1 railway project.

Shaukat Khattak from Ministry of Planning asked SANY group to establish a full fledged manufacturing factory in Pakistan to boost the construction activities of CPEC projects.

He said SANY should invest heavily in Special Economic Zones (SEZs) by availing the lucrative incentives offered by government of Pakistan to the foreign investors.

He informed that the CPEC would help Pakistan to increase its GDP growth by three percent in next five years and the projects under CPEC would also help generating 1.2 million in coming few year.

Pakistan earns over $3.63 billion from export of transport services!!!

The transport services by Pakistan in other countries increased by 3.29 percent during the first eleven months of financial year 2017-18 compared to the corresponding period of last year.