siegecrossbow said:
It is a proven engine and Russia is a reliable supplier. If it ain’t broke, don’t fix it.
Click to expand...

To be hoi, that's what i thought too. But they must have more than just a few good reasons that makes them considering a chinese made engine. 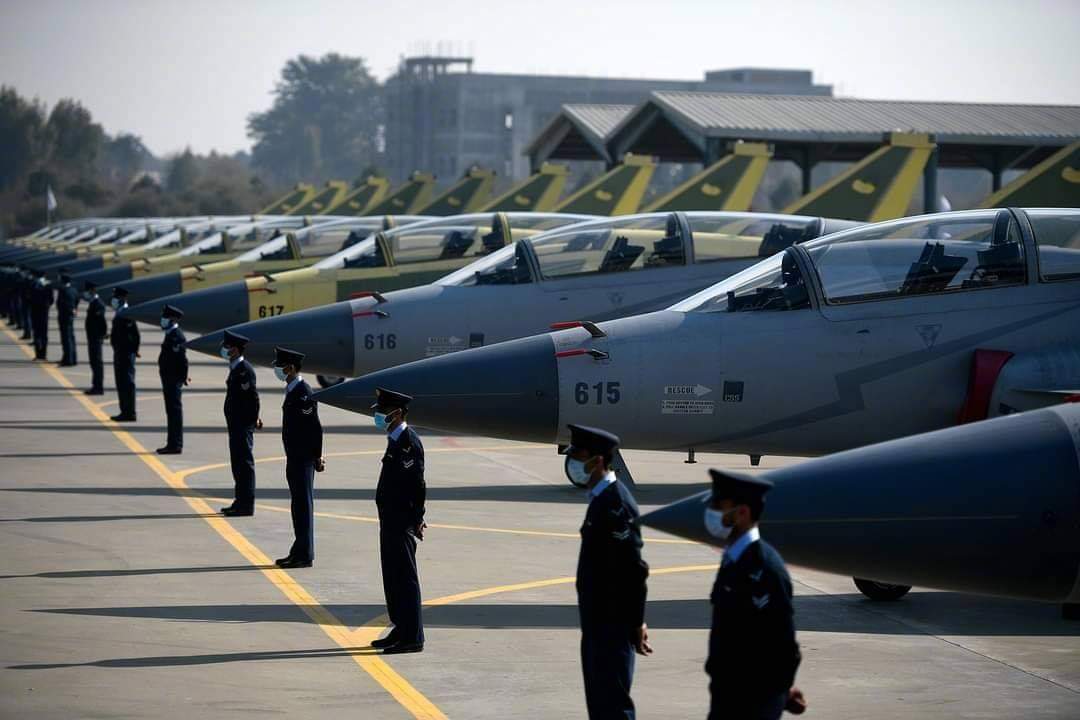 Registered Member
Which version of KLJ-7 AESA radar will be installed in JF-17 Blk 3?

Yeah usually ducks in a row refer to something easy to shoot. Not an apt comparison.
M

Falcons of the sky.

Do not even think to come near these birds. These are lethal to the enemies of Pakistan.

Ndla2 said:
But they must have more than just a few good reasons that makes them considering a chinese made engine.
Click to expand...

The PAF's Block 52 Vipers still use Pratt & Whitney motors even though everyone else (except Israel I think) switched to GE. It's much easier and cheaper to maintain a powerplant from a manufacturer you're already using, rather than switching manufacturers late in the game. If a switch was made, all older blocks would be switched during overhaul, but for a long time it would mean maintaining 2 separate engine pipelines, which would raise the program cost. That's something the PAF would avoid if possible.
Last edited: Jan 2, 2021
P

Please, Log in or Register to view URLs content!
"The aircraft is installed with many commercial off-the-shelf technologies from the state-owned Aviation Industry Corporation of China, the report said. These include a new and larger holographic wide-angle head-up display and integrated cockpit display similar to the one used by the J-20"

Interesting that technologies used in JF-17 (or J-20 for that matter) are classified as being "commercial off-the-shelf". That's a photoshop fake ... at least the two AGMs.
You must log in or register to reply here.