Block 1 which is now overhauled and upgraded to block 2 standards after service of more than 14 years.

JF-17 Thunder is truly a successful multirole fighter and is proven recently this year on 27th february . Thunder not only performed air to air sorties but was one of the birds who guided Stand-Off weapons to six 6 different targets along with Mirages.

H-2 and H-4 SOW stand off weapons which are based on Daniel Dynamics Raptor I and Raptor II with range of 60KM and 120KM .

Recently post 27th February 2019 another weapon on JF-17 thunder was tested but it's type range we're not disclosed , but the impact shown was quite surprising...

Thunder Air To Surface capabilities are reached to peak with Aeslan Aesalod which is quite big punch in Guiding laser and GPS guided to targets with pin point accuracy .

Is this the first one to be delivered officially to the PAF?

(Image via @JacKsonbobo from Weibo)

Is this the first one to be delivered officially to the PAF?

(Image via @JacKsonbobo from Weibo)

What does '6' mean ? (As opposed to batch number ) Is it the designation for B models?

defenceman said:
Hi any info about this POD
Thank you

In this video, you can see RWR, Datalink, and MAWS. With KG600 SPJ (Self-Protective Jamming) Pod, you will have much more accurate azimuth and also range info of emitter. 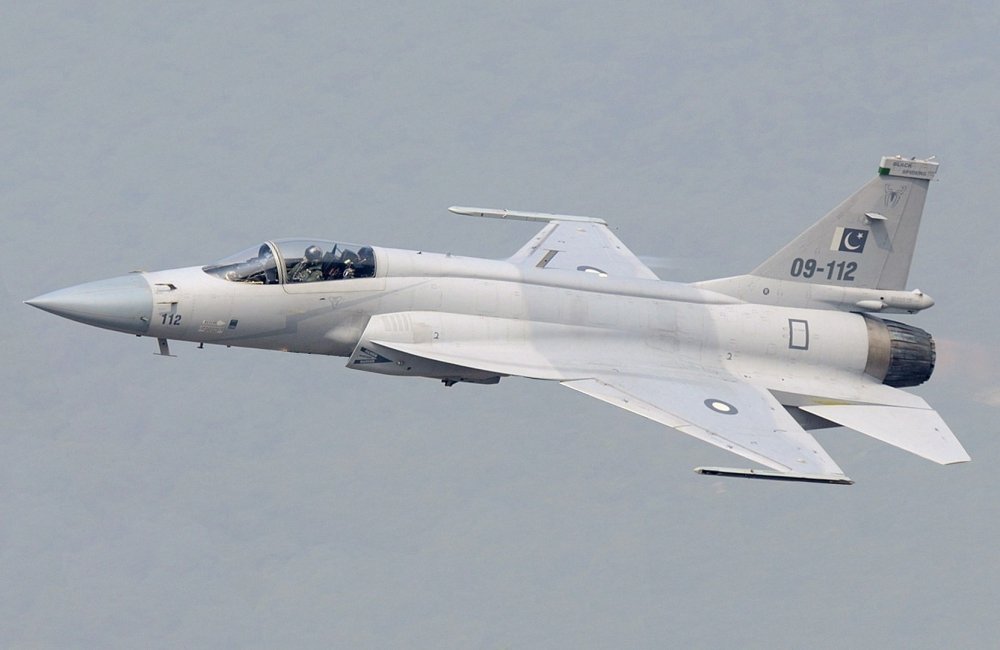 Recently JF-17 Thunder is seen with KG-600 Jamming POD. Thunder with KG-600 is big milestone for PAF. It just not counter nieghbours tech but also a major boost in PAF fleet , still we had jamming capabilities and clear example is recent 27th February.

It's quite interesting that Thunder is equipped with KG-600 which is equipped on Chinese mainstay Fighters like J-10Bs , Cs , Su-30MKk, J-16 and JH-7s which speaks of it's abilities and capabilities.

I personally haven't seen any pics with J-16 equipping the KG600, quite interested to find out if there are any (not offensive in any way, just curious to find out cause I heard that starting from J-11B its said that SAC produced flankers have integrated the ECM unit within the aircraft so no pod is necessary)

Many modern fighters have internal jammers, but few, if any, of those have the range and effectiveness of dedicated jamming pods.

Internal jammers are at best capable of jamming the seekers of ARHAAMs, but even fighter based AESA or earlier radars would have a good chance to ‘burn through’ that jamming, to say nothing of ground based SAM or warship radars. That’s why wild weasel aircraft always carry podded jammers; and air superiority fighters also frequently does so when facing opposition with good fighter and/or AWACS radars.
You must log in or register to reply here.