Link to the old thread: http://www.sinodefenceforum.com/air-force/j-20-new-generation-fighter-ii-5429.html

Staff member
Super Moderator
I really wish the guys at CAC took good pictures of the J-20 doing rolls and turning manoeuvres during the 4th and 5th flight. We could put a lot of this B.S. to rest had we gotten good footages.

Staff member
Super Moderator
Sorry guys but IMO this discussion on FCS, maneouvrability .... and the comparison of Western to Russian air show performances leading even further to guessworks, if the J-10 or J-20 can do the same and if this is good or bad should be continuued in a seperate tread but not in the J-10 or J-20-treads which should be related to news.

Staff member
Super Moderator
I just found that at the "Secret-Projects Forum" but I can't say anything about its reliability ... 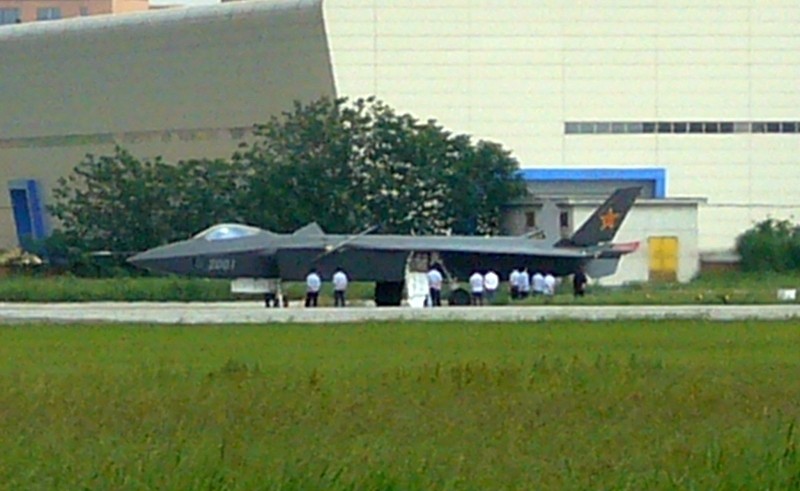 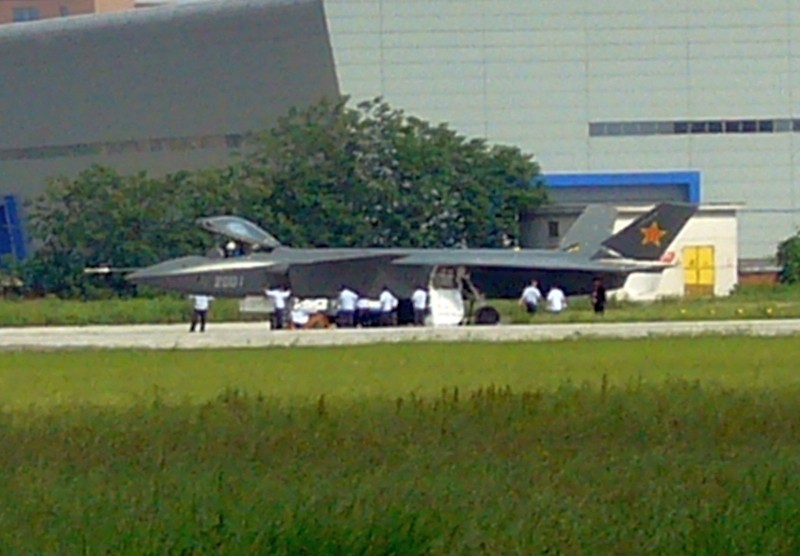 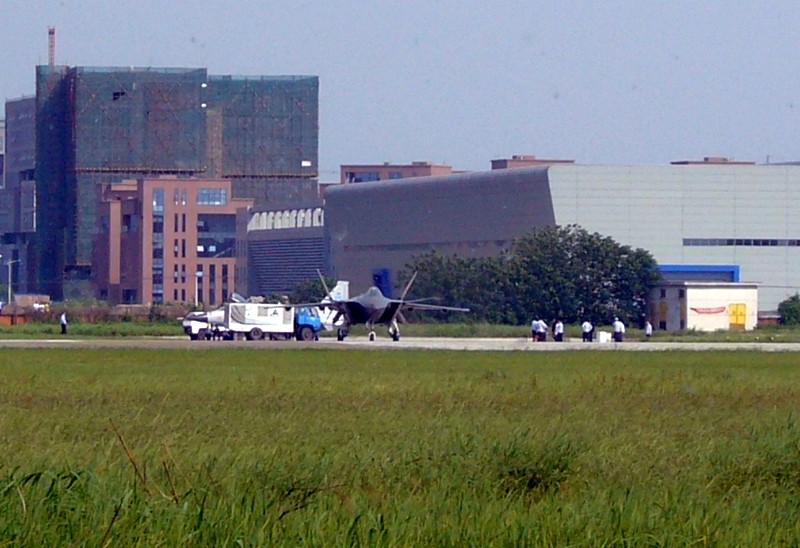 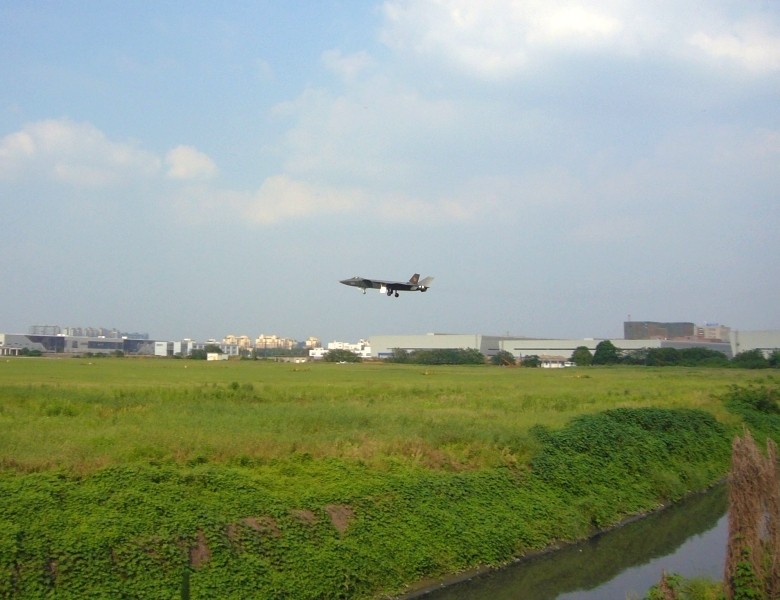 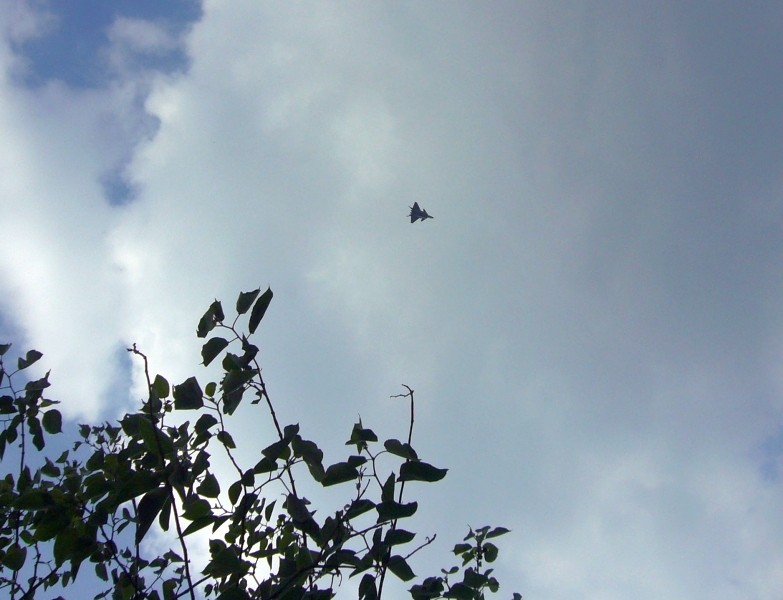 [Note: Thank you to HouShanghai for the pictures.]

Deino said:
I just found that at the "Secret-Projects Forum" but I can't say anything about its reliability ...

Hopefully somebody can translate this huge wall of text for the rest of us!

Deino said:
I just found that at the "Secret-Projects Forum" but I can't say anything about its reliability ...

Can anyone help with a summary or translation besides this "BING-translation" ??

624 made the Moscow Union of Aero-Engine technology group developed the thrust of 20 tons of R179-300 engine design and P-79M design drawings and technical information, development YWH 130-27 core machine, YWH 130-27 core engine is based on the P-79 engine core engine as the basis for the further development of. CJ-2000 is based on YWH
30-27 core engine as the basis for further development, development WS-15 is the CJ-2000 version of code. (CJ is vertical landing fighter of Chuizhiqijiang Jianjiji letter first a shorthand, 2000 is project began development of time is 2000) 1999 national day Hou, 624 by reference R179-300 and P-79M of engine design programme, launched has to YWH 130-27 core machine for Foundation of improved design programme, in compete for next generation fighter fighter-13 of engine Shi, get victory,, 2000 early official was selected for fighter-13 singles general layout abdominal DSI inlet of stealth fighter aircraft of power plant. The number is WS-15. Named "Fabri" turbofan. superior requires the "WS-15" engine development to fully implement the new military standard GJB241-87 "General specification for aviation turbine air-jet and turbofan engines and full implementation of the structural integrity of the engine framework. At the same time decided to include the development of WS-15 is divided into three phases: three high pressure development of performance parts and the core development research, develop, validate and prototype of the machine. This WS-15 project development, this is my first time to follow the "key technology breakthroughs-advanced basic research-development-model-validation machine parts-core machine" by this development model of turbofan engine development work, so it can be said to be a milestone significance! Comprehensive development work began in early 2000. (Sliding the machine validation machine was given in 1997, in 1999 due to financial reasons forced to abort. Actually is for WS-15 way and horse, and not because WS10 engine or due to funding causes) from recently held of China gas turbine Institute (624 by) work will Shang was informed that, in China itself development of thrust thrust-weight than for 9 of turbine fan aviation engine of core machine CJ2000 Yu on April 14, 2005 first ignition success Hou, thrust-weight than for 9 of turbine fan aviation engine of core machine has Yu July 2005 early in Taiwan frame running test Shi, various performance full reached has design index, speed push to ground highest speed (conversion speed 102.2%)-----"e eyebrow" aviation engine of technology validation machine in May 2006 first Taiwan frame running test success. This indicates that China's autonomous development of Aero-Engine and on the road to achieve a historic leap forward, in the development of China's fourth generation midsize fighter took a solid fundamental step on the journey. March 2007 prototype machine bench running successfully for the first time, is expected in June 2009, "Fabri" engine prototypes will complete the FRET (flight identification before the pilot phase), the end of June 2009 with J-13 first flight successful. for 60 anniversary of the motherland and offered soup gift. expected to be completed March 2013 engine design type testing. Stereotypes of July 2014 production engine, installed "Fabri" aero-engine of fourth generation single medium fighter (J-13) in 2013, with initial operational capability.

Thanks in advance,
Deino

VIP Professional
To all members. >>> I've asked you all to discuss the J-20 in a civil manner. Let us do so. I've deleted several post which I feel are unnecessary arguments and personal attacks. The J-20 is a very important development in Chinese military aviation. We will continue to discuss the J-20 withing the parameters of the rules of SDF.

do not respond to this post or any admonition by a moderator. If you do so your post will be deleted. And a warning may be issued.

First paragraph basically says that:
- WS-15 (named "Fabri" ?? ) is designed by Jiang Hefu of China Research Institute, a subsidiary of the gas turbine manufacturer Xian machinery company and Li Yang of Guizhou aviation engine company
- There are four versions of the engine being developed:
1) WS-15-10 is for the J-10M, which is the export version of J-10
2) WS-15-13 is for J-13, a single-engined stealth fighter with an abdominal DSI intake (similar to the J-10, then)
3) WS-15-CJ is for a VSTOL fighter under development, where CJ is abbreviation for Chuizhiqijiang Jianjiji
4) WS-15X is to be used in a twin-engine configuration for China's stealth fighter's flight testing (implying that the engines on J-20 already are WS-15s?)
- Negotiations for tech transfer began in Russia in 1992
- In 1992 also, the Minsk aircraft carrier was decommissioned, resulting in termination of the Yak-141 VSTOL fighter program
- As a result, the Tumansky R-79 engine designed specifically for use by the Yak-141 became useless, as no other plane in the world uses this engine.
- Because of this and economic difficulties plaguing Russia, in 1995 Tumansky agreed to transfer technology for licensed production of the R-79 engine in China
- In 1996 the full set of drawings and technical data, including tooling equipment and manufacturing processes were transfered to China
- Unfortunately, at this time the technology for the thrust-vectoring nozzles for the R-79 engine was not transferred as well
- However, in 1998, due to the Asian Economic Crisis affecting Russia, China was able to purchase not only the technical details of the R-79V-300 (note: Cyrillic P = R, B = V) engine's TVC nozzle, but also asked Tumansky to develop a 20-ton (19.6 kN) thrust R-179-300 engine and hand over the R-79M engine's technical data.
- Based on this, Jiang Hefu and Liu Da started in 1996 to develop for Defense Research Institute "95" (?) an engine based on the R-79 core.
- Rest of paragraph lists what they did and their achievements.

On the second paragraph:
- After 624 (Institute?) got Tumansky working on the 20-ton-thrust R-179-300 engine and R-79M, they developed the engine into the YWH 130-27 engine to be used on the CJ-2000 (presumably the VSTOL fighter design).
- They then entered the core of the YWH 130-27 into the competition for the J-13 single-engined stealth fighter project and won.
- This victory meant they then had to develop the the core of the YWH 13-27 into the WS-15 turbofan for the J-13 fighter program.
- The military named the WS-15 engine "Fabri" (??) :what: and required them to design the engine based on the new military standard GJB241-87 (Guo Ji Biao ?? - came across quite a few of these in my line of work) "General specification for aviation turbine air-jet and turbofan engines and full implementation of the structural integrity of the engine framework"
- Next the author talks about the phases of development work, but I can't figure out whether his first sentence agrees with his second sentence or he's trying to say the WS-15's development work didn't follow the standard procedure and thus had historic significance.
- Interestingly he said that the engine validation phase started in 1997 but they were forced to abort in 1999 because of financial reasons, taking pains to state for the record that the development of the WS-10 had nothing to do with the decision to delay the WS-15 project, nor was their funding cut.
- It turns out that on April 14, 2005 China's 624 Institute successfully performed ignition test of a turbofan engine with greater than 9 thrust-to-weight ratio - in this case the engine developed for the CJ-2000 project (YWH 130-27?).
- By July of 2005, the Taihang (I'm assuming Taiwan is a mistranslation) platform (also?) achieved >9 TW ratio and fulfilled all its performance requirements, reaching its highest design speed (?).
- Test of the first Taihang engine platform completed in May 2006
- What is more interesting is that in March 2007 another engine (WS-15?) finished its prototype bench test and the author states that by the end of June 2009 the prototype J-13 had made its first flight successfully (whuddaheck? :huh and apparently someone got soup for the 60th anniversary of the PRC in October 2009 :screwy:. Hey, how come this is the first we've heard about this?
- Anyway, the author then proceeds to confidently say that the engine development for the J-13 should be completed by March 2013, with production stereotypes ready by 2014. J-13 itself is supposed to reach IOC by 2013.

Will continue later if no one else takes up the challenge. However, some interesting points here:

B) If the WS-15 engine is based on the R-79 and its TVC mechanism is based on that of the Yak-141, then implementation would be rather interesting. The Yak-141's TVC nozzle is the same type used on the F-35B (Lockheed also bought data from Yak) and is unique in that it can turn 105 degrees and has no axial actuators. It is actually composed of three pieces of a tube cut diagonally like this: =\=/= that rotate against each other to bend the nozzle. This design also has the advantage of being able to form a proper seal in the flow path. However, in the F-35 turning the nozzle actually requires the skin of the plane where the nozzle is enclosed to peel open. After all, this nozzle is only meant to be used to transition to and from vertical flight. How an air superiority stealth fighter is supposed to implement this in turning combat is beyond me.

C) Who is doing the J-13? (Assuming it exists) Xian and Guizhou aviation engine companies are cooperating on the engine. Does this mean either Xian or Guizhou aircraft manufacturers will build the plane?
Click to expand...

Actually I have that strange feeling that there's something "fishy" ... .

As such I would say it sounds too good (performance wise) to be true and as far as I know the WS-15 is an indigenous design - maybe with Russian assistance as some sources suggest - but not based on a Russian design.