Equation said:
This guy is too good. I bet he is the chief designer and engineer for China's stealth bomber. This is why SAC can not match up with CAC.
Click to expand...

Yang Wei is quite the talent.

latenlazy said:
I’m pretty sure some specialists get shuffled between firms, but this would also be true with CAC and SAC, and the shuffling isn’t likely to be one way. CAC doesn’t own a monopoly on stealth knowledge. They all have access to the same research and tools, and the physics is the same for everyone. None of these firms are really doing anything “alone” since they’re all AVIC.
Click to expand...

The H-20 program would most likely use some of the same suppliers as the J-20 (J-20 uses many civilian suppliers too). There would be shuffling around of engineers from other programs but not sure about the lead designer.
L

SilentObserver said:
Yang Wei is quite the talent.

Wasn't CAC's fighter department created out of SAC engineers at the start? They moved from Shenyang to Chengdu to start that division.

The H-20 program would most likely use some of the same suppliers as the J-20 (J-20 uses many civilian suppliers too). There would be shuffling around of engineers from other programs but not sure about the lead designer.
Click to expand...

Studies on the H-20 design would have had to be conducted in parallel to a lot of other programs. Wherever else talent might have come from I would fully expect most of the expertise to be drawn from that pool.

He pretty much confirmed that the J-20 uses the small-aspect wing LERX canard configuration from Dr. Song's paper and that the aircraft balances supersonic capabilities/handling with maneuverability. A lot of our theories have been vindicated after seven years.
T

Thanks for the video, at 2:40, Yang Wei stated that "J-20 is using the metamaterial". That confirmed my speculation.

Translated from French by
Please, Log in or Register to view URLs content!
The meta-materials, developed by Chinese civil companies, were used on the J-20 fighter aircraft. The information was announced today by its chief engineer YANG Wei in Beijing in front of the journalists. 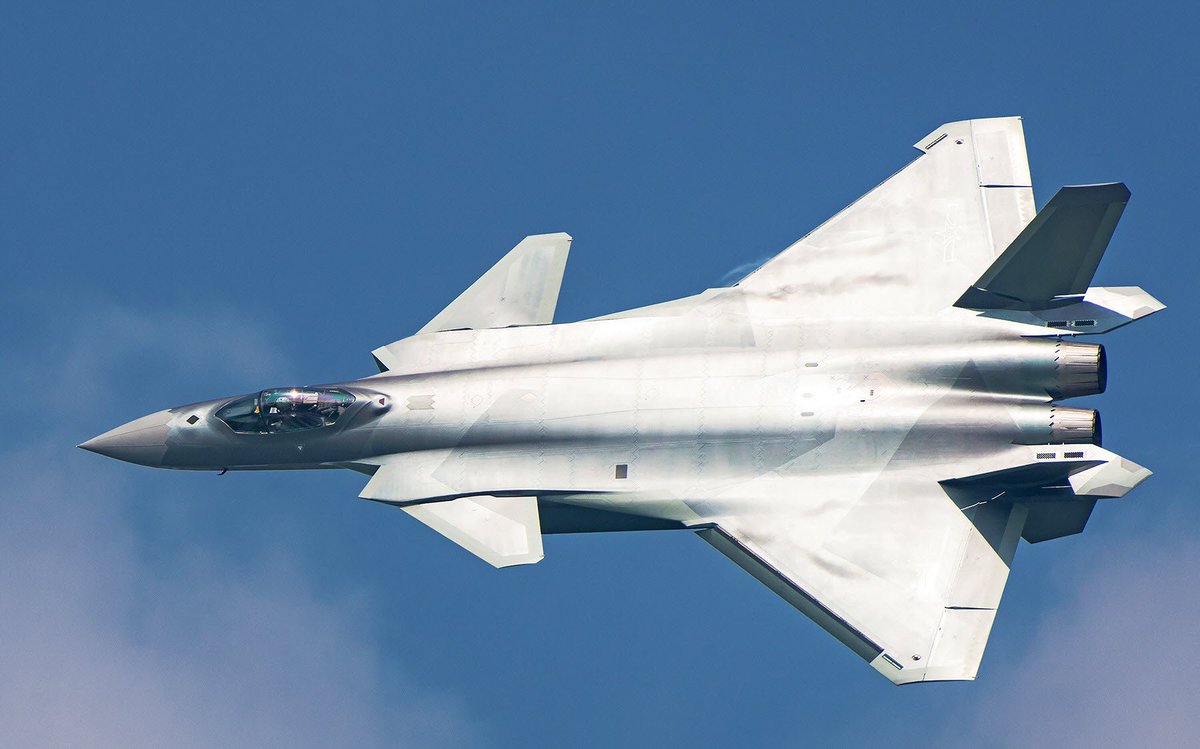 taxiya said:
The language regarding Rafale is "suggest", without details of how. I can't make out anything so I leave it out.
Click to expand...

The radome limiting the radar's working frequency range (stated by Dassault as the reason for not pursuing AESA wide-band capabilities) is kind of a *big* clue though.


taxiya said:
The figure 10 of F-22 shows it to reflect (scatter) incoming radar waves to many directions therefor reducing the return. The description from David C. Aronstein says mechanically fabricate the patterns (holes and plugs). Is there specific patterns? The pattern is critical.
Click to expand...

I doubt that information is in the public domain. Also, there isn't necessarily only one pattern that gives the desired results, if you research metamaterial literature there are endless variations (I have a picture alleged to be the Eurofighter FSS somewhere and it actually looks quite different to the FSS shroud Sukhoi tinkered with, despite the similar purpose).

As for the method of manufacture, as Aronstein reports the very tedious method of mechanically drilling the metallic template was only used during the Dem/Val (i.e. YF-22) phase, for EMD (production) manufacture was done by etching. That's the same process as used for PCBs in other electronics applications, a very flexible and high-fidelity method.


taxiya said:
Eurofighter's key words are "metallic micro-arrays that absorb", this is the closest to what is described in the CCTV program. However we don't know the fabrication process which determines whether one can create the optimum pattern at will.
Click to expand...

The pattern doesn't look like that seen in the Chinese documentary, but as mentioned that's irrelevant (different tyre manufacturers use different tread patterns which all do much the same job nonetheless). It certainly looks a lot like it would have been made like a PCB though, rather like the F-22 material.


taxiya said:
What CCTV claims unique is to be the first to mass produce a material with desired pattern at will. Both the size (80cm x 80cm) film plate and photo-printing (like LCD screen's micro conductors).
Click to expand...


taxiya said:
In the end, my conclusion (for now) remains the same, regardless what the name is (metamaterial or FSS, IFB), the only thing that CCTV claimed was "first mass" production of such material, nothing else.
Click to expand...

Fair enough, I can well believe an improved production process. It's still difficult to judge how big a break-through it is and hence what the impact could be. Is it Dunlop's pneumatic tyre (a revolutionary development which came to dominate virtually all modern embodiments of the wheel as used in locomotion) or is it merely a rationalization that further drives down the cost of manufacturing something which is already a commodity?
K

Speaking technically, it can be said that the same level as the F35. . . . . Taking the gold medal is also promising. More than just radar, distributed electronic warfare systems (6 EW conformal antennas), distributed optical aperture systems, and even certain indicators exceed. . . . Maturity is still lacking, and it will require years of confrontation drills to explore cumulative experience.
Click to expand...

A: Yes, there is. . . . The front side of the rear conformal antenna distribution, the host in the body behind the head. . . . Can be targeted to interference can also be accurate positioning of radar waves within 180 km. Guide anti-radiation missiles.
Click to expand...

In the end, these perceptive systems centralize enemy information through integrated management systems to uniformly deploy firepower.
Click to expand...

China will continue to support efforts to further prepare the fighter for combat, develop more versions of the fighter and explore new fighter jets, Yang Wei, a National People's Congress (NPC) deputy and chief designer of the J-20, told the press on the sidelines of the NPC annual meeting.

"There will be more surprises in future fighter jets, which will be more mechanized, information-equipped and smarter," Yang said.

The surprises include progress on the research of China's next generation of stealth fighters, which is expected to make China no longer a follower, but a leader in the development of stealth fighters, Song Zhongping, a military expert and TV commentator, told the Global Times on Tuesday.

The J-20 series is also expected to undergo renovation, such as a high thrust engine and new electronic equipment and radars, Song said.

The advanced series could help China seize air superiority in the Asia-Pacific region and safeguard national security when facing containment from the US, Japan, Australia and India, he added.

The J-20 is China's fourth-generation medium and long-range fighter jet. It was first showcased in public on a fly-by at the
Please, Log in or Register to view URLs content!
in November 2016, and after it was delivered to the People's Liberation Army Air Force in March 2017, it joined the military parade at the Zhurihe military training base in July 2017.

China's J-20 jets have several unique designs and capabilities, such as the canard configuration design that provides them greater stealth while maintaining maneuverability and its supersonic speed, Yang said. "The design allows the J-20 to fly further and with greater bomb load," he added.

The J-20 is also capable of situation awareness, information warfare and cooperative combat, which shows that China's aviation industry has progressed from a "follower" to a "leader," he said.

The fighter is also a product of military-civilian integration, as its carbon fibers and metamaterials are produced by private companies, Yang said.

Carbon fibers not only provide the fighter with greater stealth, but can also reduce the aircraft's weight to allow more weapons for greater attack power, Song said.
Click to expand...